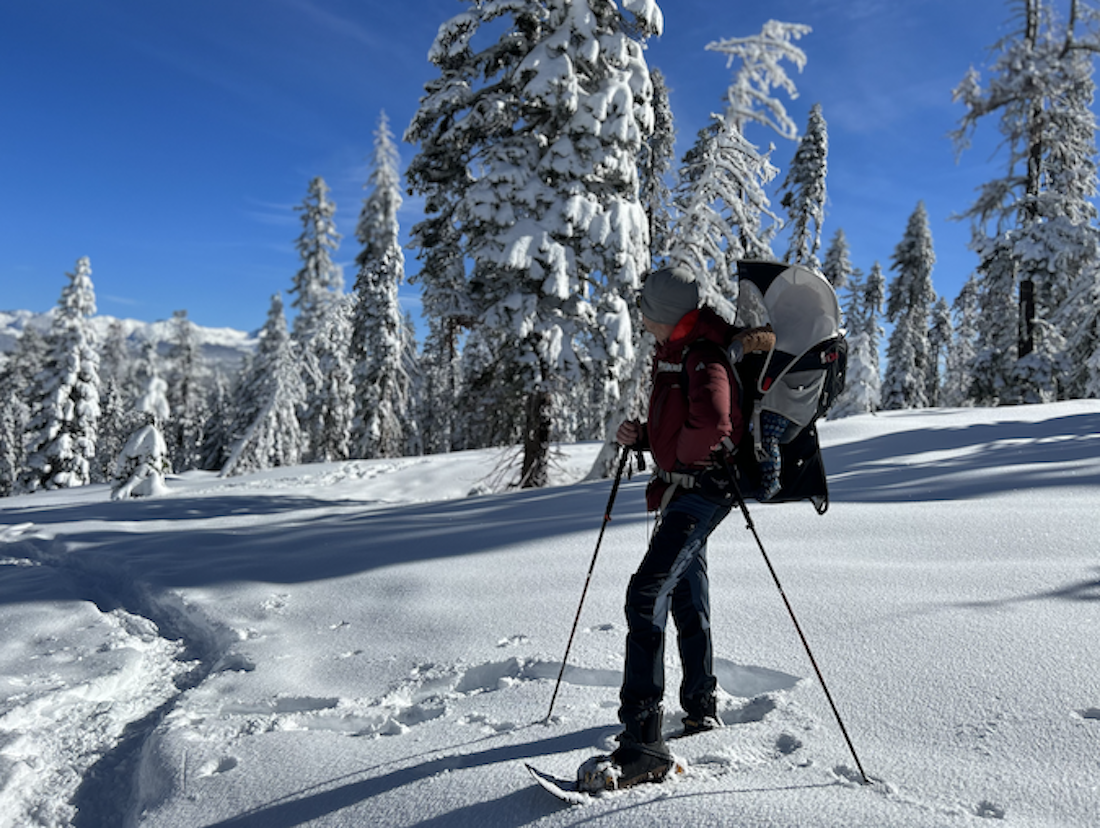 Okay, full disclosure: I have not actually gone clam digging in these boots. Does sound like fun though. But I have tromped along a beach at low tide while a freezing rain fell and they kept my feet nice and cozy. In fact, pretty much no matter what I’ve done in the Bogs Urban Chelsea insulated boots, my feet have been dry and warm and happy.

They’re my go-to boot for pretty much anything I’m doing outside right now as storm after storm pounds Northern California. I keep them by the front door and slide ’em on and no matter where my feet take me that day, it’s not a problem. 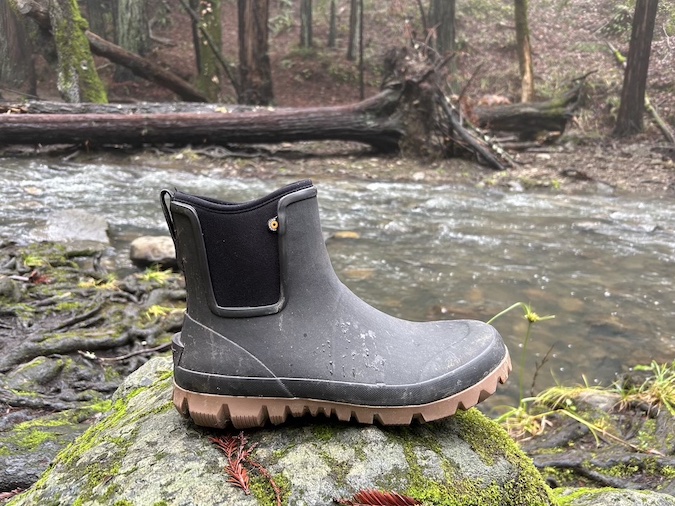 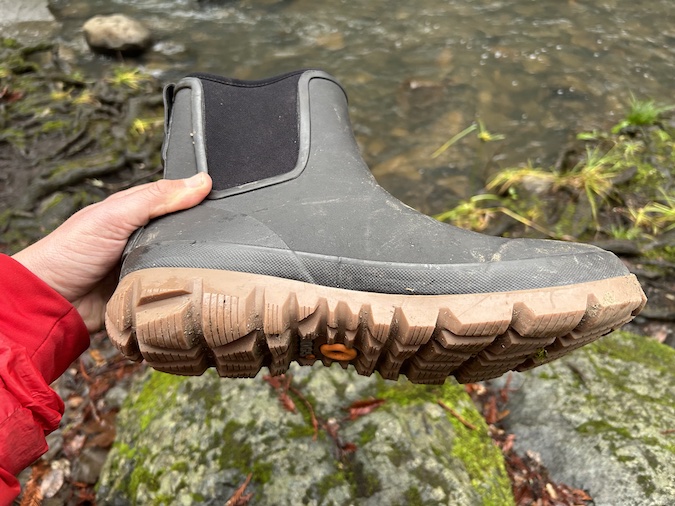 That they’re called “Urban Chelsea” seems like a misnomer to me—they’re perfect outdoor generalists. The boots are a tough, 100% waterproof rubber outer with a plush, 5 millimeters of insulation using something they call NeoTech, good to, Bogs says, temperatures around minus 30 degrees Fahrenheit. Now, I haven’t had them in anything close to that cold, but they’ve handled snowshoeing at around 30 degrees just fine.

The soles are non-slip, have really deep, aggressive lugs, and and are great for most wintry conditions. Anything short of an ice-skating rink has been easy. I’ve had my one-year-old in a backpack and worn them while hiking on icy trails and I felt totally confident I wouldn’t pitch my baby overboard.

*Now then, these aren’t technically hiking boots. They are winterized rubber boots, as a commenter pointed out. So if you’re expecting a rigid boot here, you’ll be disappointed. The draw is that they’re pull-on rubber boots with the insulation, grip, and, for me, comfort, to be worn on a wet weather hike if you think you might be ankle deep in mud and muck.*

I know what you’re thinking right about now: waterproof, insulated boots, how bad do those puppies stink after a few solid days of use? Somehow they smell like nothing. Even after low-tide beach walking. 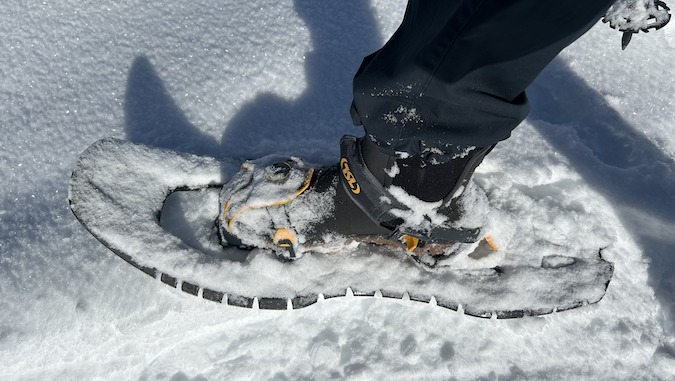 Here they are conscripted into snowshoe duty.

Bogs has also done a nice job incorporating materials that are at least a little better for the environment than standard, run-of-the-mill stuff too.

They use BLOOM’s algae-based foam in the footbed, which is a closed cell-foam made from algae that has been removed from sensitive waterways where a harmful algal bloom is happening. I’m stoked to see BLOOM is still out there, cleaning up the nation’s waterways. I covered them years ago when they started making surf-related products and the tech was being used to clean a huge lake in Florida suffering from constant algal blooms. They clean freshwater systems and produce a foam with no virgin plastics from the algae they harvest—a huge win-win. Kudos to Bogs for striving to make boots as cleanly as possible. I’m not sure if they’re using it in these boots, but they also make some of their footwear with Yulex, a naturally-derived neoprene made from plants, not petroleum.

I’ve been very happy with these boots, and happy to support a company fighting the good fight. Can’t recommend them highly enough. I’ve a sneaking suspicion they’re discontinued, but you can find them a few places right now for around $100 – 150. Unsure what the women’s version is, but I’d be willing to bet anything they make with the Arcata name is gonna be good.