Meet Ann Davison, the First Woman to Sail Solo Across the Atlantic 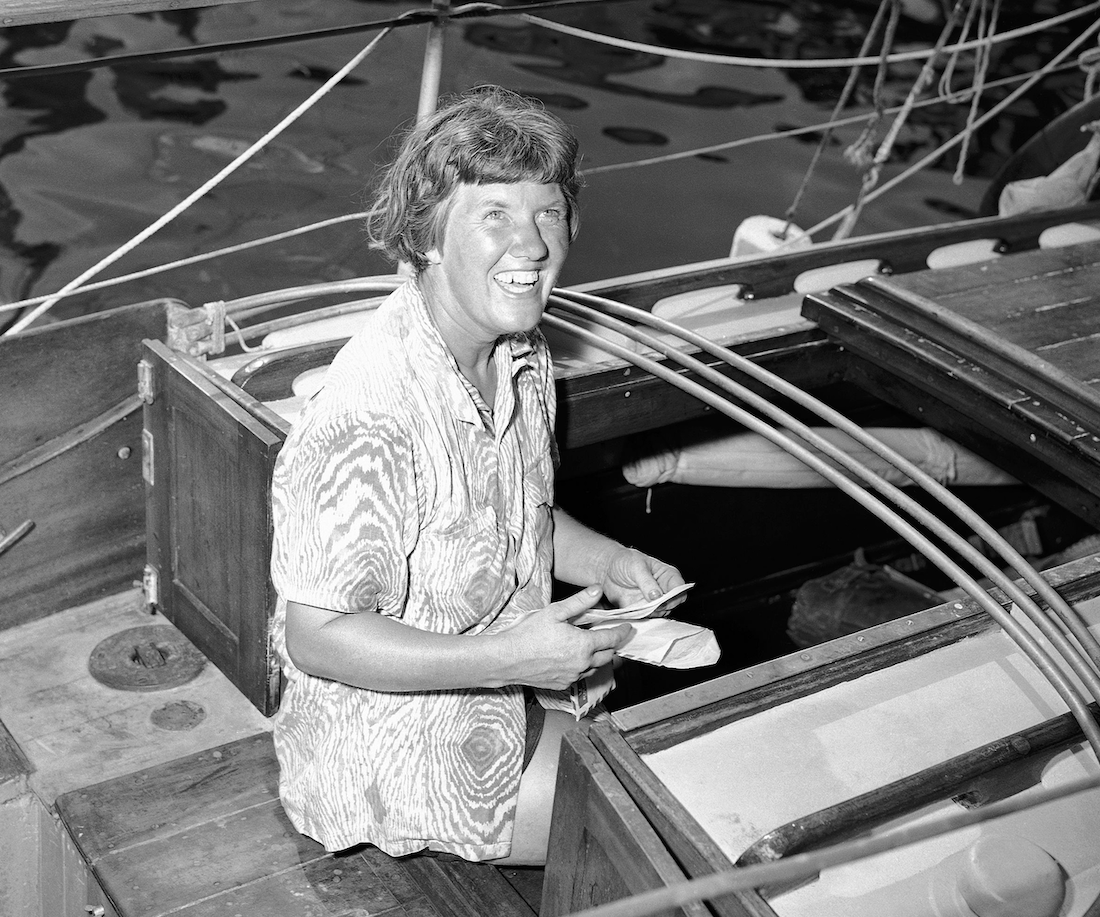 Meet Ann Davison, the First Woman to Sail Solo Across the Atlantic

Who knows what drives people when they decide to shelve their entire lives to sail across the seas. Surely, for some, fortune, fame or both are involved. To etch one’s name in history, perhaps. Maybe curiosity, to see what’s out there over the horizon (Sea serpents? Dragons? Unseen lands? Glory?). For Ann Davison, who in 1953 became the first woman to sail solo across the Atlantic, it was a uniquely and deeply personal story.

Davison and her husband Frank set out to cross the Atlantic by sail from England in 1949 aboard their 70-foot ketch named Reliance. They were aiming for the Caribbean. Frank was an experienced sailor, Ann, however, was a total novice. After a few days of terrible weather in the English Channel, their boat ran aground and the couple abandoned ship. Frank was killed in the accident, though Ann managed to claw her way back to shore.

Rather than curse the sea and move inland, forever turning her back on the ocean, Davison decided to take on the same voyage herself. It was a measure of closure. A way of making sense of the tragedy of losing her husband. Plus, she’d been bitten by the bug of wanderlust.

“It wasn’t courage that sent me scurrying across the ocean. It was a little curiosity and a lot of desperation that went into the making of that particular dream…” she once said. 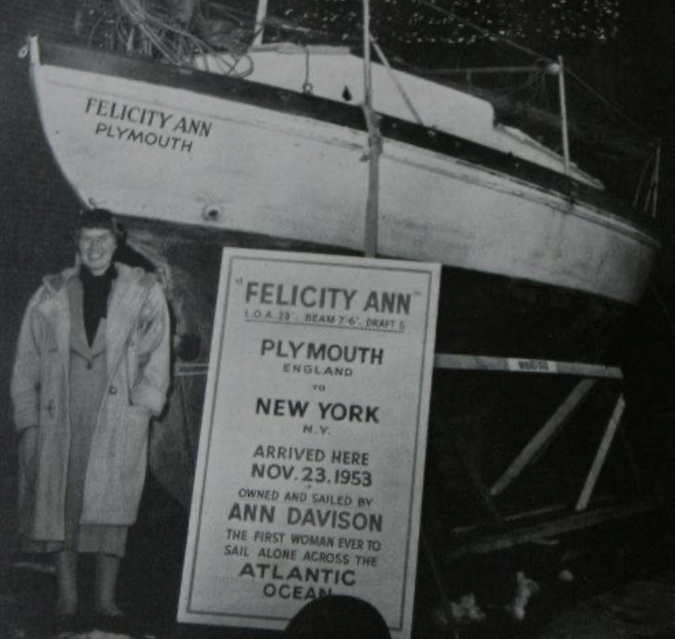 Davison though, was clearly not lacking in courage. Born in 1913, in Carshalton, England, she eventually became a commercial pilot, one of exceedingly few people, let alone women, who held that job in the 1930s. Davison also loved driving fast cars. She met Frank, a fellow pilot, at an airfield he ran. The two married in 1939. When Frank’s airfield was requisitioned by the RAF with the outbreak of war, the two moved to a farm on a remote Scottish island and tried their hand(s) at subsistence farming. Not ones for “regular” jobs those two.

Ten years later, they set out on their ill-fated trip.

When Davison resolved to make good on her and Frank’s initial plan to sail to the Caribbean, she still knew little about sailing or what made a boat seaworthy. She was no fool, however. Davison acquired a 23-foot sloop named Felicity Ann, an impossibly small boat for a voyage like that, and devoted herself to learning as much as she could about the boat, and sailing, over the next two years.

In May of 1952, at the age of 39, Davison set sail from Plymouth, England, bearing south. Immediately, her lack of experience showed. Davison had no idea how to empty the boat from accumulated water. Semaphores were a mystery to Davison, and she consistently hoisted the wrong flags when signaling passing boats. Her navigation skills were almost non-existent; she learned to use a sextant while feeling her way along the European coast, pulling into port to inspect the Felicity Ann and to regather her strength.

Finally, after a slew of starts and stops, Davison steeled her spine and shoved off to cross the Atlantic—3,000 miles of raw, open ocean—in November of 1952. “Never occurred to me I might not make it,” she later said.

It was the loneliness that worried her, more than the physical dangers of the open sea. Though there was plenty of that too. Davison nearly ran out of water, storms continually pushed her off course (that she was able to re-establish position is a testament to how quickly she learned to navigate in preparation), and she suffered a nasty bout of photokeratitis—sunburned eyeballs.

Yet, two months after she departed, she arrived at port in the tiny Caribbean island of Dominica. Davison had made good on her and Frank’s plan to sail the Atlantic. She’d become the first woman to single-handedly sail across the Atlantic. Not bad for a novice sailor trained as a pilot.

Had Davison discovered a newfound love for sailing the open sea? No. No she had not. Within a few years of her trip, she’d sold the Felicity Ann. “I knew what single-handed sailing was like now,” she wrote in her memoir of the sail, “My Ship Is So Small.” “The experience was complete.”

The Felicity Ann then went on a voyage of its own. The boat changed ownership hands over the years, the mystique gradually fading, until many years later the Felicity Ann was discovered abandoned at a boatyard in California by a person who knew the little sloop’s history. Eventually she made her way to the Northwest School of Wooden Boatbuilding and the Community Boat Project in Washington State, where the Felicity Ann was fully restored. The project uses the boat to promote women’s sailing, including by taking it out for sailing lessons.

Davison re-married, moved to Florida, and later took a trip across the Everglades, the last great adventure of her life. This time, however, she traveled by motorboat. She passed away in 1992 at the age of 78. Sadly, her obituary in the Tampa Times failed to mention her astonishing boating achievement. Her first home with Frank Davison in England was named a national landmark of historic places in 2017.

To learn more about Davison’s sailing and life, check out her books: