How Is It Possible the Bicycle Was Invented After the Locomotive? 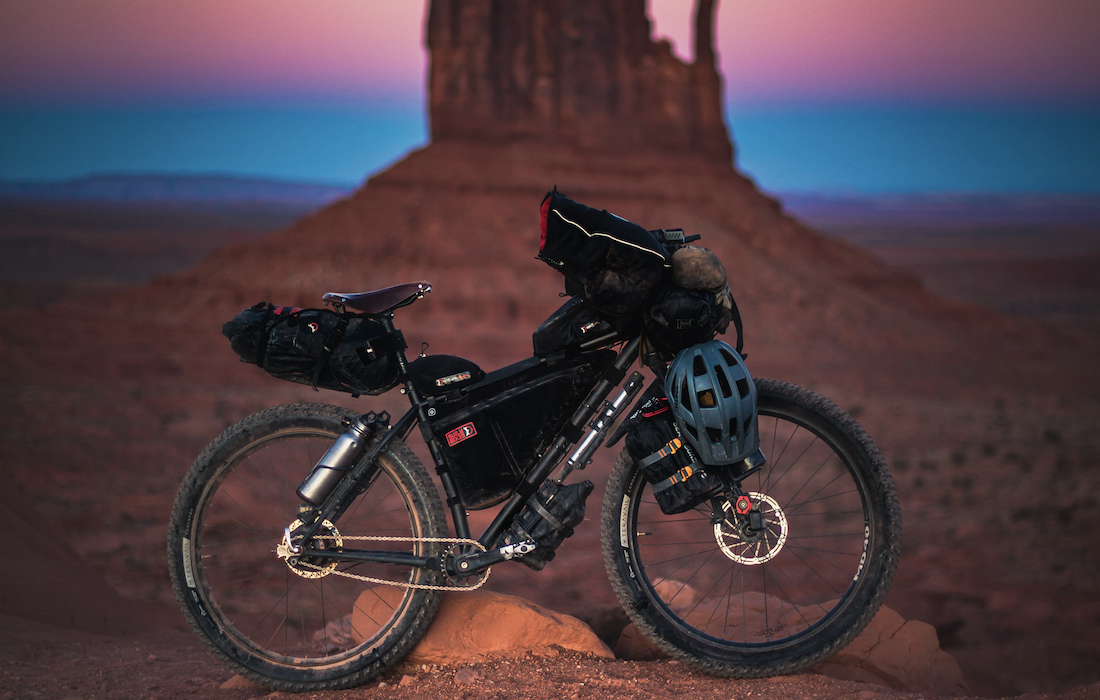 How Is It Possible the Bicycle Was Invented After the Locomotive?

The invention of the bicycle is generally dated to 1817. It was a created by a German man named Karl von Drais. He called it the Laufmaschine, which sounds like it should mean “laugh machine” which makes sense because bikes are very fun, but it actually translates to “run machine,” because the bike had a seat but no pedals. It was the most rudimentary form of a thing that could be called a bicycle that you can imagine. Toddlers ride push bikes every day.

The first full-scale steam locomotive appeared in 1804. When compared with a bicycle a train is of course larger, vastly more complicated, and requires serious investment in infrastructure across huge areas for it to be even remotely useful.

A bike ride is better than yoga, wine, or weed. It runs neck and neck with sex and coffee.

A bike, however, requires nothing but ground.

Given that, you’d think the bike would have been invented many decades before the steam locomotive but you would of course be wrong. This is a strange zig zag of historical transportation development and it’s also something of a jumping off point for Jody Rosen’s very good book, Two Wheels Good: The History and Mystery of the Bicycle.

The book is filled with factoids about pieces of the bike’s development that can fill gaps in your knowledge of bike history you probably didn’t even realize existed. 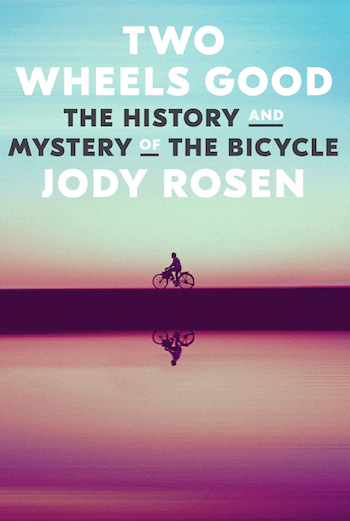 Have you ever read of NASA’s plans for astronauts to ride electric bikes on the moon? Oh, they’re very real.

Or that skirmishes between cyclists and other transportation advocates and pearl clutching scolds arose almost immediately after the bicycle’s invention? Bikes were outlawed in London a mere two years after they first appeared on the city’s cobbled streets. The anti-bike groups in, say, Marin County, California, have a historical antecedent far older than they probably imagine.

There have, in fact, always been those out to get the bicycle. Often they come in the form of those who profit from other forms of transportation (horse traders, for example, up through car manufacturers today). Or from political, cultural, or religious leaders who fear the freedom of movement, both literally and metaphorically. Revolutionaries have always loved bikes because they’re simple, reliable, untraceable, and you can stash ’em. Bikes represented a massive leap in freedom of movement for women, a mechanical part of women’s liberation with an importance that can’t be overstated.

Strangely, the bicycle is also not likely to be usurped by advances in technology elsewhere in the transportation space. Many other advancements of the 19th century have come and gone, having evolved into something else entirely—the steam engine powering early locomotives, for example. But the bicycle is still here. It might be made from carbon, it may have electric shifting, but it’s still two wheels, a saddle, and a chain. And while the proportion of bikes with electric motors may grow, the radical efficiency of purely human-powered biking will never, ever lose adherents.

In other words, the bike is a rarity—something that was essentially perfected not long after it came into the world.

Rosen spends a good deal of this book gushing about his love of bikes and moves across international borders chronicling bike cultures and subcultures, and painting a picture of what the blessed invention has meant to the teeming masses around the world.

Perhaps you too have been pedaling home from an evening out on a warm night and wondered: How much better off would the world be if we’d never invented cars? If we in the modern world had built the modern world around two wheels instead of four? Two wheels good, right?

“Or maybe the machine for our minds is the bicycle itself. Many of us know that our brains feel invigorated, our vision sharper, our senses keener, when pedaling a bike. Bike riding is the best way I know to reach an altered consciousness—not an enabled or an enlightened state, exactly, but definitely an enlightened one. A bike ride is better than yoga, wine, or weed. It runs neck and neck with sex and coffee. It’s also, in my experience, an antidote for writer’s block. If you’re stuck, if you need to unum the synapses and dust off the cerebral lobes, take a trip on two wheels and the words will come tumbling out. Eventually, for better or worse, you may find you have a book’s worth.”

A book worth reading, that’s for sure.