And Now For An Extremely Cool Old Bike Ad 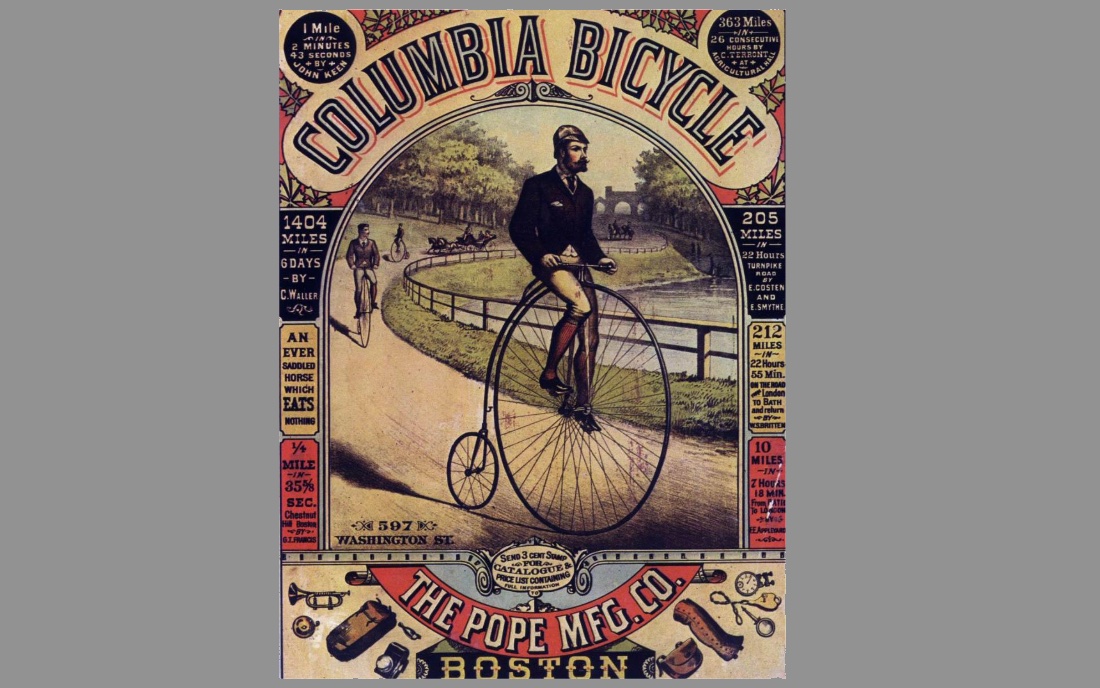 And Now For An Extremely Cool Old Bike Ad

Columbia Bicycles was, we believe, the first bicycle manufacturing plant established in America, in Hartford, Connecticut, in 1877. Albert Pope, the founder, was of the particular striver type who flourished in the late 19th century. He’d been a Lt Col in the Union Army, then set his sights to business and industry following the war.

Pope saw his first bicycle at the 1876 Centennial Exposition in Philadelphia. Sensing a business opportunity, he hightailed it to Europe to learn how the bikes were made, then returned home and soon after opened Columbia Bicycles.

“An Ever Saddled Horse That Eats Nothing” he was said to exclaim when he realized the bike’s transportation potential. Pope was huge in spreading the appeal of bikes by making them lighter and easier to pedal, marketing them to women and children, not just mustachioed dudes sitting high on their penny farthings. 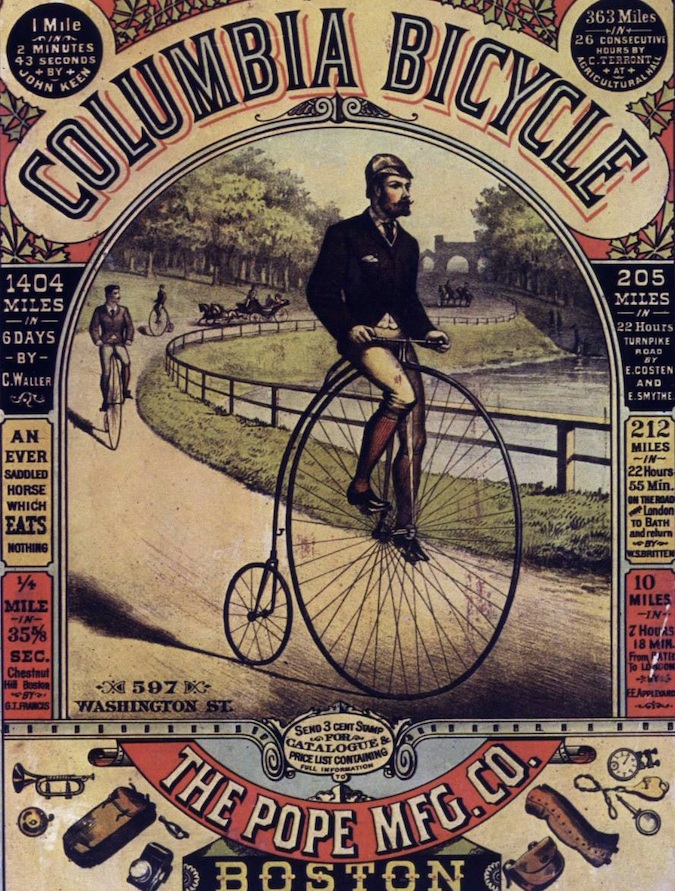