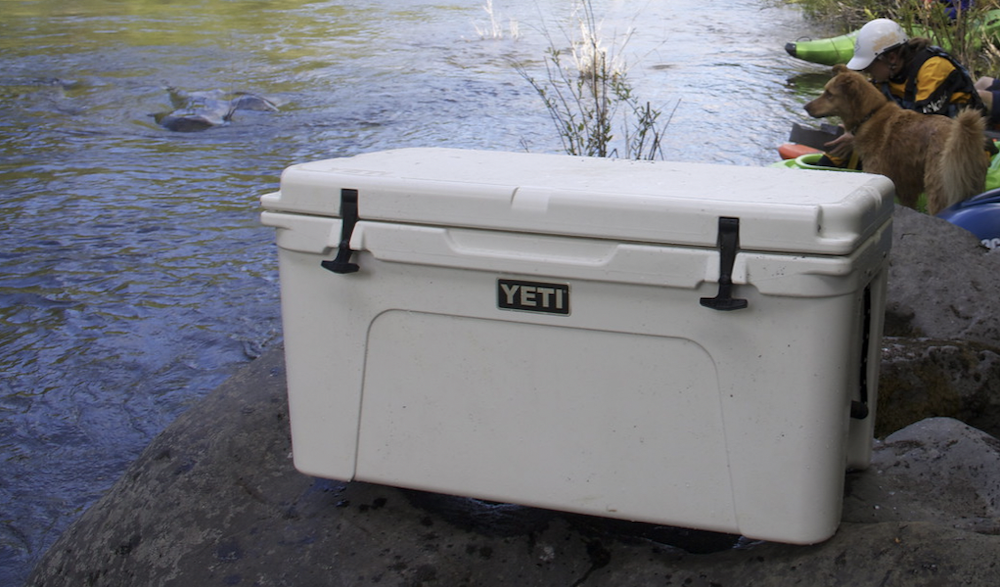 Last summer, some lowlife stole my YETI cooler from the back of my pickup while I was fly fishing nearby. Had they merely taken a trip to Alaska, they could have nabbed a free one without stealing from a stranger having a pleasant afternoon not catching any trout.

That’s because back in October of 2021 a cargo ship called the Zim Kingston fumbled 109 containers overboard in bad weather and at least a couple of those containers were full of YETIs. The ship was headed from South Korea to Canada when it yeeted the containers into the sea. (But wait, you may be saying, if the ship was full of YETIs as it sailed from South Korea, does that mean the coolers were made in Asia? I thought YETIs were made in the USA? Well, *some* of their Tundra models are made in the USA, but many are made in Asia as well, as part of a diversified supply chain).

These @YETICoolers were all found on beaches near Seward, Alaska: ~1,000 miles from where the #ZimKingston spilled containers off WA’s Olympic Peninsula. Pics courtesy Duke Marolf. 4/n pic.twitter.com/Z9oLhpDezy

At first, the coolers, among other things, began washing ashore along the western coast of Vancouver Island. Then, they started migrating north, some being deposited on the remote Haida Gwaii archipelago, before finally being seen—and recovered by the dozens—in Alaska.

KUOW’s John Ryan initially broke the story back in September.

“They’re just being found all over up here,” said Kathy Peavey who runs a fishing charter from Alaska’s Prince of Wales Island. “We get all excited: brand new, beautiful YETI cooler!”

“All of them are functional, some are definitely more beat up, missing strap handles or plugs in some cases,” Duke Marolf, the pilot, said. “Lots of beach abrasion (character).”

So far only 4 of the containers have been recovered. While the idea of $400 coolers washing up for free on remote beaches is amusing, that also means a whole lot of plastic consumer trash is showing up in otherwise pristine wilderness areas.

It wasn’t just coolers and plastic. Refrigerators too have been washing ashore.

“At first we didn’t realize the extent, so it was kinda exciting,” said Jerika McArter of Vancouver Island. “But when we walked further down the beach there was a lot of shock, fear of what will happen with all this stuff, how many years it will take to clean this all up, sadness, anger. In the waves you could see more debris floating around, just really overwhelming all of it.”

The owner of the ship is legally responsible and has satisfied Canadian authorities—who govern the area where the containers went overboard—as to their efforts at clean up and mitigation. At this point, however, it’s unclear what else can be done.