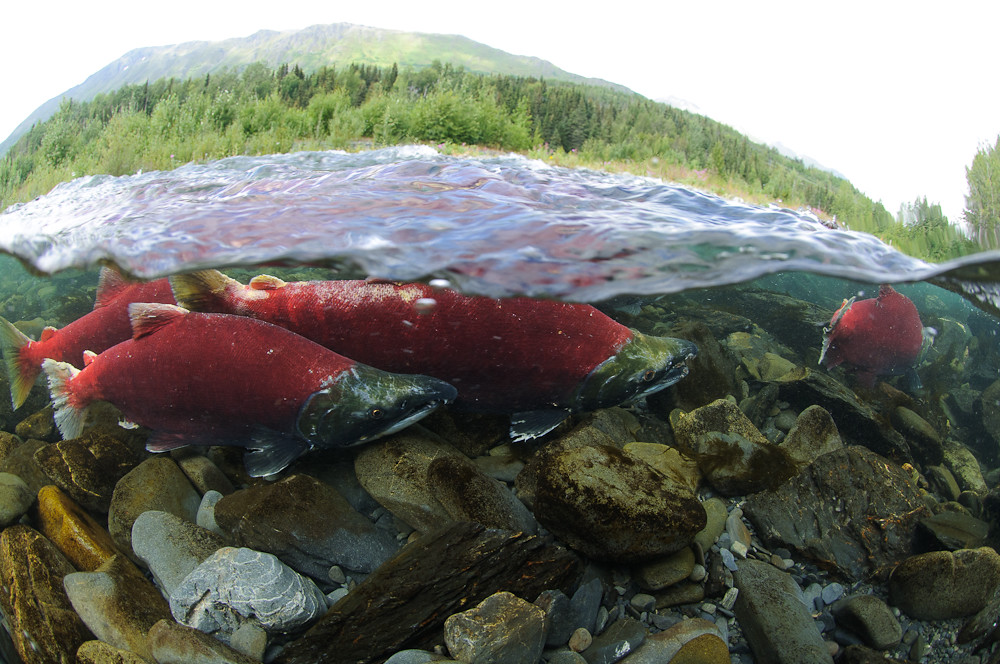 If you’ve ever been to the interior of Idaho, you know that it feels every bit the many hundreds of miles away from the Pacific Ocean that it is. Yet, wild salmon, for thousands of years, have made their way nearly 1,000 miles from the coast to waterways in Idaho’s Sawtooth mountains, where they spawn, then die. A near-miraculous infusion of oceanic life and nutrients delivered to the middle of an alpine wilderness.

But in the face of pressures from dams, competition from farm and hatchery-raised fish, and ever-increasing water demands from ag business, how much longer can this migration continue? What is being done to preserve these tremendous fish, both in places like the interior of Idaho, as well as the more familiar salmon fisheries in the Pacific Northwest?

These questions are at the heart of Langdon Cook’s wonderful new book, “Upstream: Searching for Wild Salmon from River to Table.”

Of course, these questions aren’t particularly new. But Cook’s book shines because it situates the reader at pretty much each possible point throughout the human/salmon interaction. He begins in a place where salmon is probably most familiar to Americans—the dinner table. From high-end restaurants competing over the best pieces of Alaskan Copper River salmon (flown into Seattle on special Alaskan Airlines planes), Cook moves to the Columbia River and the destruction of salmon spawning grounds through the great building of dams in the 20th century, then to the Alaskan fishing fleet forced to harvest hatchery fish, the choked-off tributaries victim to agriculture in California’s Central Valley, and all the way to the wild salmon struggling to spawn in Idaho’s Snake River ecosystem. 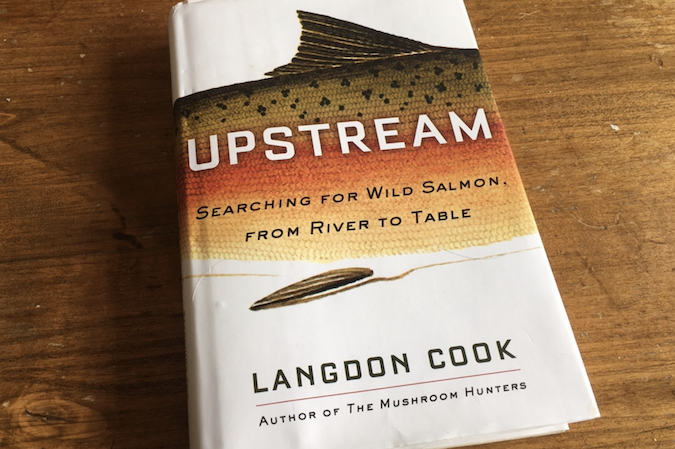 Cook wades into the controversies surrounding fish hatcheries and so-called “mitigation” strategies to make up for fish-killing dams, but does so without a heavy hand, letting instead the figures he introduces in the book—commercial fishermen, fish biologists, ecologists, and the Native American communities who still depend on salmon runs, among others—argue their cases for what must be done to ensure that sustainable populations of salmon are protected for the future.

A fishing guide named Guido Rahr, with whom Cook spends lots of tim in the book, sums up probably the sanest approach to managing salmon when he notes that despite more than $15 billion having been spent in the Columbia River basin on complicated efforts to use hatcheries to recover dwindling salmon runs in the past 40 years, all salmon and steelhead native to the area are still on the federal endangered species list. Yet there are healthy runs of wild salmon in unobstructed, free-flowing river systems, which are far cheaper to maintain than expensive hatchery programs. If we can just leave the fish be, they’ll likely find a way to flourish.

Cook is wonderful storyteller, which keeps Upstream from being a dry run through the history of salmon habitat destruction. He takes the reader fishing, brings to life the figures working to preserve salmon habitat, and has a clear reverence for salmon themselves as well as the tremendous importance they’ve had in the history of the American West.

He can also flat-out write, at one point describing a winding river’s course as resembling “an elderly flâneur out for a morning constitutional.” My favorite bit is when Cook ends the second-to-last chapter with a few lines that makes me want to grab a fishing pole and head for the nearest stream: