The US Forest Service Is Now Using Electric Ford F-150s 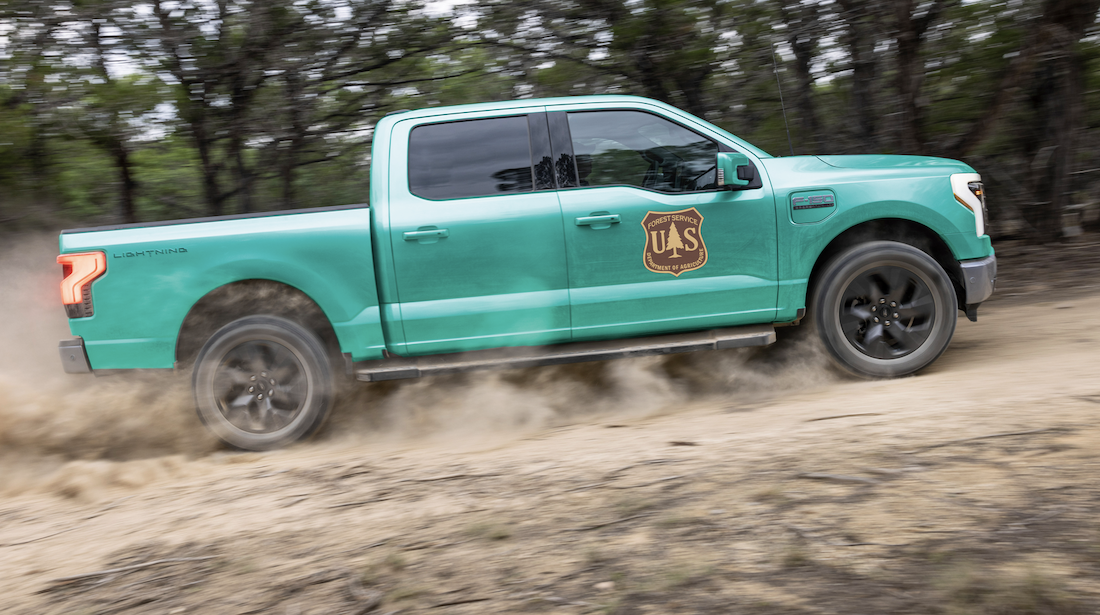 The US Forest Service Is Now Using Electric Ford F-150s

There are roughly 18,000 gas-powered vehicles in the USFS fleet. That number will likely be changing in the coming years as the Biden administration signed into law an executive order that by 2027 all vehicles purchased by the feds will need to be zero emission vehicles.

The USFS is getting a head start on that.

They’ve recently purchased three Ford F-150 Lightnings, Ford’s all-electric truck that has quickly become the top-selling EV truck in the country. Ford has sold 13,258 of the trucks so far and there’s a three-year backlog on reservations with more than 200,000 people waiting.

The USFS is testing out the capabilities of the trucks in off-roading environments, doing serious truck stuff. Off-roading and ruggedness shouldn’t be a problem for the trucks as they’re built on a plenty robust platform, but the forest service is interested in how the batteries perform so they can institute best practices as more of the EVs enter the fleet. Lots of the testing will be conducted in brutal New England winter weather in the White Mountains.

The plan is to charge the trucks at night so there’s no need yet to invest in any kind of remote charging infrastructure. The USFS is rolling with the least expensive option for their needs (cheaper even than its gas equivalent), with a 230-mile range, all-wheel drive, and a 2,000-pound payload.

Bear in mind, this pilot program isn’t a case of testing the trucks to see if they can be used at all — the USFS is satisfied with the capability of the platform, they’re simply learning how the trucks will react to heavy work so they can plan accordingly.