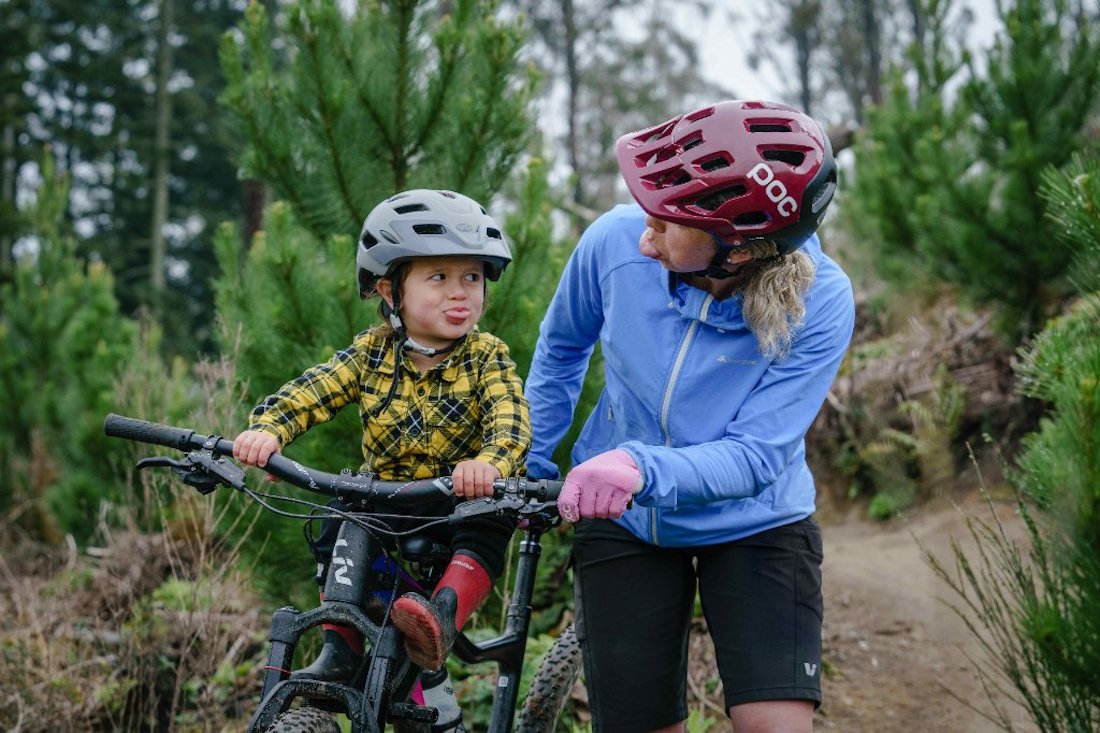 We’ve previously covered the MacRide kid seat for mountain bikes, but they ain’t the only game in town. The Kids Ride Shotgun seat, coming to you from far away New Zealand, is another option, and we freaking love this thing.

It’s a comfy saddle, a set of foot pegs, and mini handlebars, and that’s it. No harness or anything to hold the kids in—they balance entirely on their own, an awesome developmental step toward full-on bike dominance. Your kid will one day smoke you on a trail much sooner than you assumed if you get them up on one of these as a toddler, I promise.

It attaches easily with a quick release clamp and a bolt that threads through the foot pegs and the bottom of the saddle’s arms. Those arms grip the top tube and down tube, which can present a problem if you’re a tall rider on some XL bikes. My rigid flat bar gravel bike has too much distance between the top tube and the down tube, and the seat won’t fit. But it’s an XL, and a unique build. Another XL frame I have easily works with the seat. Your mileage may vary, is what I’m saying. 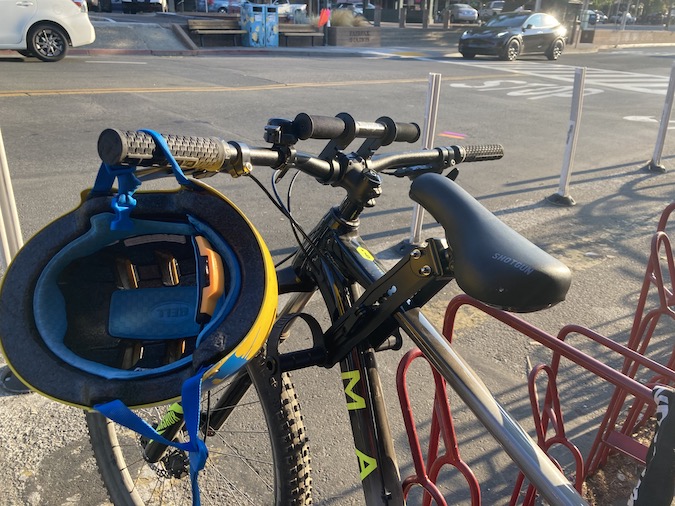 My setup. See those silver nuts just below the seat? You can adjust the angle of the saddle with those — crucial.

The arms are rubber, so they can grip carbon without screwing it up, at least theoretically, but I only use the seat on my aluminum hardtail, just to be safe. We ride it on pavement around town, and on fire roads and mellow singletrack. Aside from 35 pounds extra on my handlebars, the only real issue with riding is I can’t see the patch my front tire is rolling on because her adorable helmeted head is in the way. So rooty sections can get a *little* dicey. Really, you just have to be mindful.

Anyway, my daughter has been riding with me since she was 2 years old. I’m pretty sure the seat is for kids 3 and up, but my daughter is, like her mom, a badass and, like her mom, really really tall. She freaking loves this thing. Refuses any other method of transport, in fact. Makes up songs about it when we’re nowhere near the bike.

You may be thinking: HELL NO DUDE THAT LOOKS INSANELY DANGEROUS!

To be honest, at first, I was terrified. I rode with one arm around my little girl. Again, she was definitely too young, technically, for this thing, but I was excited. I actually put it away for a few weeks before I tried it again. This time, I trusted the engineering and my daughter’s instincts and boom, we were off. There was a learning curve for her too, as she was adamant at first about keeping both of her precious little hands on the handlebars, but after a couple weeks of daily rides she’s waving at people, pulling her feet out of the foot grips and kicking them around the feel the wind, turning around to tickle me, etc.

It’s a smash hit with her.

Also, it’s a smash hit among my town. It’s a very small town and people now recognize us everywhere we go. It’s an almost daily occurrence to have someone come up to me and say, hey! I see you two riding all the time — looks so fun! Even rangers on trails, the same ones who I play cat and mouse with on my big boy bike, they’re smiling and waving at us on fire roads.

Anyway, get yours here.