Douglas Mawson, Antarctic Explorer, Refused to Die Out on the Ice 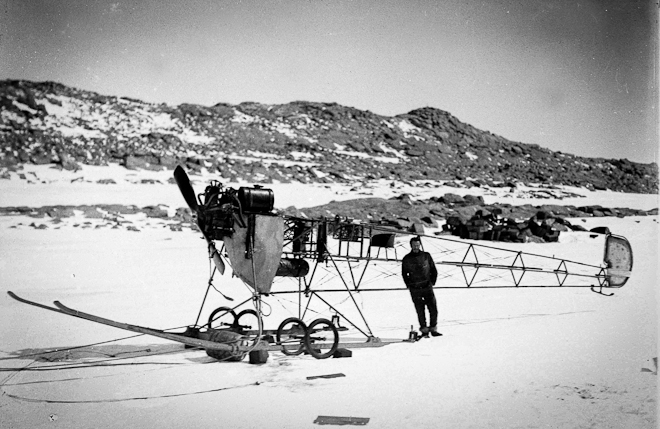 Douglas Mawson, Antarctic Explorer, Refused to Die Out on the Ice

Chris Turney is the author of 1912: The Year The World Discovered Antarctica, a book about the five major expeditions converging on the southernmost point on earth that year. Yes, five. It wasn’t just Amundsen and Scott’s race. And for that reason we asked Turney to give us a taste of someone else in the hunt for science – and glory. And this is what he sent, the story of Douglas Mawson. Who? Exactly. Because he was from Australia and not one of the greater European powers of the day, Mawson is a man overshadowed by history. And yet his tale of massive struggle and ultimate survival is as moving as any in the annals of exploration.

In 1909, Douglas Mawson was 27 years old and already an Antarctic veteran. A trained geologist, he had effectively reached the area of the South Magnetic Pole as part of Sir Ernest Shackleton’s British Antarctic ‘Nimrod’ expedition. With several groups planning a return to Antarctica, Mawson resolved to raise the funds and lead his own team south. It was to be the most ambitious of all the Antarctic expeditions of 1912: three bases spread out along a near-unknown coastline. This was not a return to old ground; it was a complete scientific exploration of what many suspected to be an entirely new continent, lying in the ‘Australian quadrant.’ During the following year, Mawson somehow managed to raise the necessary funds; appoint a team of scientists, engineers, and ship’s crew; buy and provision a vessel; and obtain enough equipment and supplies to sustain a scientific expedition in the field for 14 months, backed up by the first wireless link to Australia.

In late 1911, the Australasian Antarctic Expedition headed south from the Tasmanian city of Hobart on board the steamship, the S.Y. Aurora. In spite of the unpredictable and often dangerous conditions, the teams were successfully set down on Macquarie Island and along the Antarctic coastline in three months. At Mawson’s Cape Denison base, the men had to erect their winter quarters particularly quickly; the place seemed to be a magnet for storms. During the winter darkness, scientific observations continued apace but in horrendous conditions; during one 12-hour period the wind had an average speed of 88 miles per hour, hurricane in strength. Mawson had established his base in the windiest place on the planet.

With the return of the summer sun in July 1912, the sledging teams readied themselves for their scientific work in an unknown land. Mawson was to lead a three-man team called the Far Eastern Party, which aimed to journey over the Antarctic Plateau toward Scott’s base of operations, linking the two regions. Accompanying Mawson was Xavier Mertz, a Swiss champion ski runner, and Belgrave Ninnis, a young British Royal Fusilier officer. On 14 December, disaster struck: Ninnis was lost down a crevasse with the best of the sledging dogs and supplies. Mawson ruefully reflected they had a “bare one a half week’s man food” and it had taken them 35 days to reach their current location. Now, more than 300 miles out from base and not expected back for a month, the two explorers turned their backs on the icy grave and looked to home. There seemed little prospect of rescue.

The lack of supplies meant the men were forced to eat their way through the few remaining dogs. As they trudged on, both men suffered from constant lethargy and dizziness. Mawson’s companion deteriorated more quickly, with bouts of dysentery, loss of skin, depression and, finally, insanity. The cause of this rapid decline appears to have been vitamin A poisoning, most probably brought on by eating dog livers, which contain toxic levels of the vitamin. The last line in Mertz’s diary tragically reads: “The dog meat does not seem to agree with me because yesterday I was feeling a little bit queasy.” In a final bout of madness, the poor man bit one of his fingers off and then fell asleep, never to wake up.

The loss hit Mawson hard and, because of an ever-strengthening wind, the Australian was forced to stay by the grave for three days. During this time he fell into despair. “As there is little chance of my reaching human aid alive I greatly regret my inability to set out the coast line as surveyed for the 300 miles we traveled and the notes on glaciers and ice formations, etc. – the most of which latter is of course committed to my head.” He was a scientist to the core. Two days later Mawson pulled himself together and pushed on, desperate to get back to his fiancÃ© Paquita Delprat waiting patiently for him in Australia. 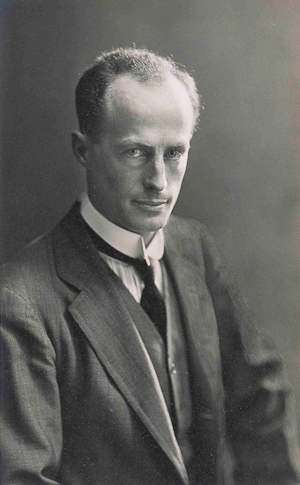 Over the next two weeks Mawson steered his way back to base but halfway across the southern end of what became known as the Mertz Glacier, he fell five meters down a crevasse. Fortunately, he was connected by a rope to the sledge, now wedged in the opposing wall of ice. Expecting the sledge to follow him at any moment, he “thought of the food left uneaten in the sledge-and, as the sledge stopped without coming down, I thought of Providence again giving me a chance.” The climb back to the surface took four and a half hours. Mawson struggled on, but not before he constructed a rope ladder to haul himself out of future crevasses. He was suffering various maladies, the most jaw-dropping complaint of all was regularly strapping the soles of his feet back on with lanolin cream. And yet despite his afflictions, Mawson continued to keep weather records.

Two weeks late and 47 kilometers from base camp, Mawson stumbled upon a small snow cairn that had been erected just a few hours earlier by a team out from the winter quarters. In it he found supplies and a note dated 29 January 1913 giving the location and news of the safe return of all parties and the arrival of the Aurora a fortnight before. He scanned the horizon but no one was in sight.

With renewed vigor, Mawson pushed on and three days later reached the depot known as Aladdin’s Cave, an ice hollow at the top of the glacier overlooking Cape Denison. Inside was a wealth of supplies, including oranges and a pineapple – quite a sight for someone who had not eaten fresh fruit for a year. Resting overnight and then preparing crampons for a safe descent, he was hit by a week-long storm. When the wind finally eased a little Mawson decided to risk an attempt. He staggered down toward the base, three months after his departure, only to be greeted by smoke on the horizon. The Aurora had sailed that morning. Mawson would not get home to Australia for another year.

Mawson’s enforced stay in Antarctica continued to reap scientific rewards, and on his return to Australia, he immediately married his love, Paquita. His book on the expedition, The Home of the Blizzard, quickly became a classic. He later returned to Antarctica as part of the British, Australian, and New Zealand Antarctic Research Expedition, where he explored vast sections of the continental coastline. He was appointed professor of geology at the University of Adelaide in 1920 and died in 1958, aged 76, the last of the great leaders from the heroic era of exploration.

Photos from 1912: The Year the World Discovered Antarctica by Chris Turney, 2012. Reprinted with permission from Counterpoint Press.