When Getting Sorta Lost is…Good? 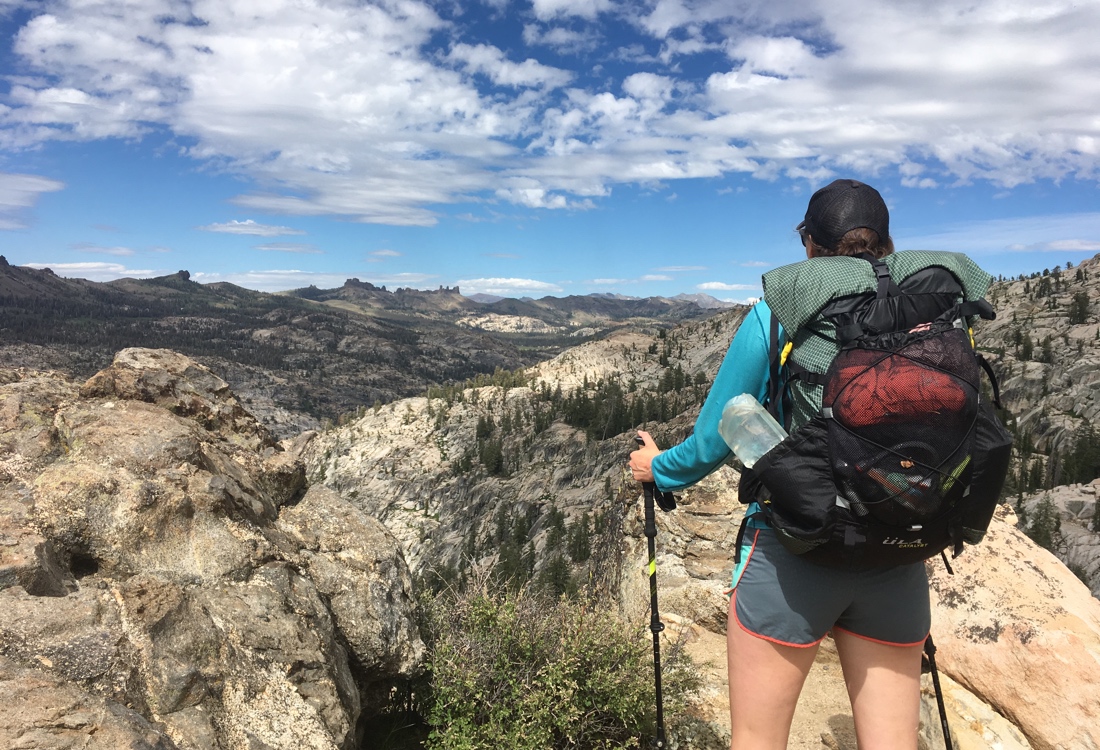 When Getting Sorta Lost is…Good?

I’m planning a solo backpacking trip next month and in pulling out my topos to decide on a route, I came across a note I wrote on the Hoover Wilderness topo that marked a trail junction I missed in this story below. It’s a nice little memory of a lower-case “a” adventure in the backcountry and we decided to put it back on the homepage for new readers to enjoy. Be safe out there. – Ed.

As my wife and I neared what I assumed was an upcoming trail junction, the dotted line marking the trail we hoped to find on our (admittedly quite old) USGS topo map showed a path snaking along a dried riverbed along the base of a crumbling granite cliff. But once we arrived at the junction…there was no trail. Well, not really anyway. A faint path that didn’t seem like it had been stepped on in decades did wind off in the direction we hoped to go, but didn’t look like it could actually be a useable trail. So of course, we took the barely there path.

We were in a relatively unhiked part of the Hoover Wilderness, just north of Yosemite, and were heading back to our truck after a couple days of peaceful, solitary days in the backcountry. We’d made up our own loop, and at one point, felt we knew the country well enough to head down an unmapped game trail that led into a river valley we’d never seen before. Once there, we were nearly off the map, literally, but the trail junction was where I expected, so we kept pushing on. There were only a couple hours of daylight left and we were nearly out of food, so carefully had we planned our three day supplies, but we figured it was only seven or so miles to the trailhead, we’d arrive at dusk and celebrate with a cold beer from the cooler in the truck.

A mile or so into our exploratory trail though, it transitioned from faint path to nonexistent path, becoming instead a boulder-strewn mess studded with downed trees. Clearly a rockslide had taken out the trail at one point in years past, so it was no longer in use. The faintness of the path made more sense now. It was still possible to follow the dried-up river over our right shoulder, and we were still headed in the right cardinal direction, so we figured, we’d push on and hope to connect to the trail on the other side of this mess.

You can imagine what happened next.

After another hour of slogging, we reached what was probably once a series of switchbacks that picked down a steep descent of several hundred feet. Now, though, it was a tumbling field of cracked granite blocks. Impassable. This meant another two hours working our way back to the trail junction, then a massive retracing of our loop that took us two days to get to this point. Not really an option.

Now, while I have some basic orienteering skills, my wife and I are not exactly dedicated off-trail conquistadores. At least, not when we’re days away from a known trailhead. And especially not with almost no food, dwindling water reserves, and no obvious water supply nearby. Plus, I’d forgotten my GPS at home. But, there was no way in hell we were going to extend our trip by two days to retrace our steps unless it was life or death. So, we made a decision. We crossed the dry riverbed and hoped we’d find a route out toward where we knew the trailhead was. There’d be at least one unplanned night in the backcountry, but we’d make it work. It was actually a little thrilling. 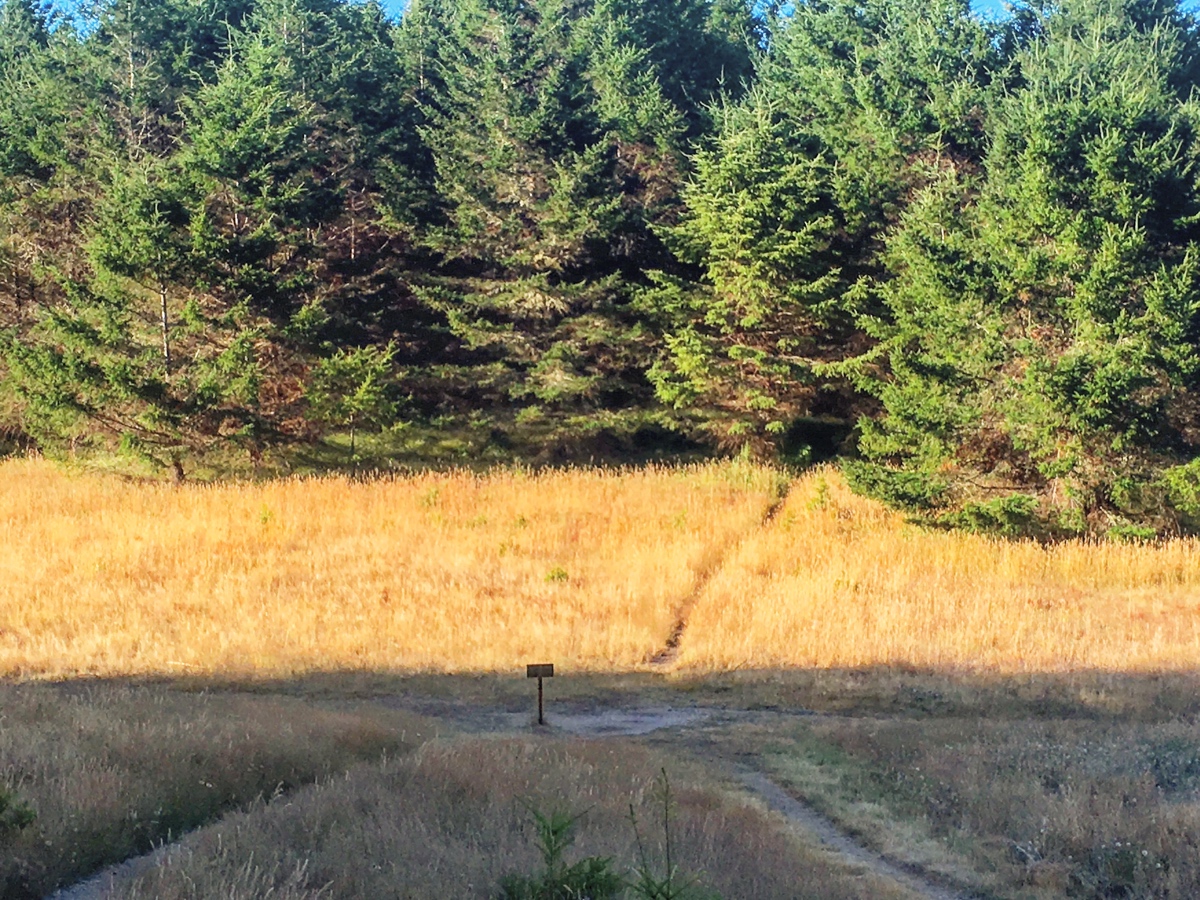 The other side of the riverbed was far less boulder-strewn and much easier to walk through. It was also off our map. We plugged on off-trail, headed where we felt we needed to be, buoyed by much easier walking and less boulder-hopping.

Just before the sun dipped behind the peaks surrounding us, we reached a slow-moving creek with about the flattest, most perfect campsite you could imagine. The views were stunning, there were no footprints anywhere, and it was a pristine creek, with trout rising in deep pools. There was something a bit exciting about being well off our planned route, off the map, but not in any real danger. Plus, we’d found about the most beautiful campsite I’d ever seen in the backcountry. We set up camp, split our meager food rations (two packets of oatmeal, a bit of dried salami, two oranges), and went to bed.

In the morning, we packed up and moved off again in the direction we hoped was correct and just after leaving camp intersected with a stock trail. A couple miles later, we spotted the road our truck was parked on, and, soon after, saw sun glinting off its windshield. Eventually, the stock trail led to the trailhead we’d set out on a few days earlier.

Our sort of forced off-trail exploration worked out fine and we’d learned a lot. One, always keep a little extra food on hand in case you have to spend an unplanned extra night in the wilderness. Two, trust your instincts and sense of direction. I’d never attempted to navigate with solely a compass and a loose idea of where I was headed, but at no point did it feel unsafe. We’d made good mental notes of our terrain and were confident we could find our way back to the trail junction if we had to. Finally, we’d learned a bit of confidence to deal with situations in the backcountry when they don’t work out the way you’d hoped.

At the ranger station I popped in to talk about the missing trail on the topo map. Sure enough, they told me a rockslide many years ago blocked the trail we’d hoped to use, and that people now use the stock trail we’d ended up following. Apparently, we’d missed a side trail from the junction to the stock trail, but in retrospect were glad we did.

It’s only an adventure once things go a bit unplanned.