Once Near-Extinct Fin Whales Gathering In Huge Numbers Near Antarctica 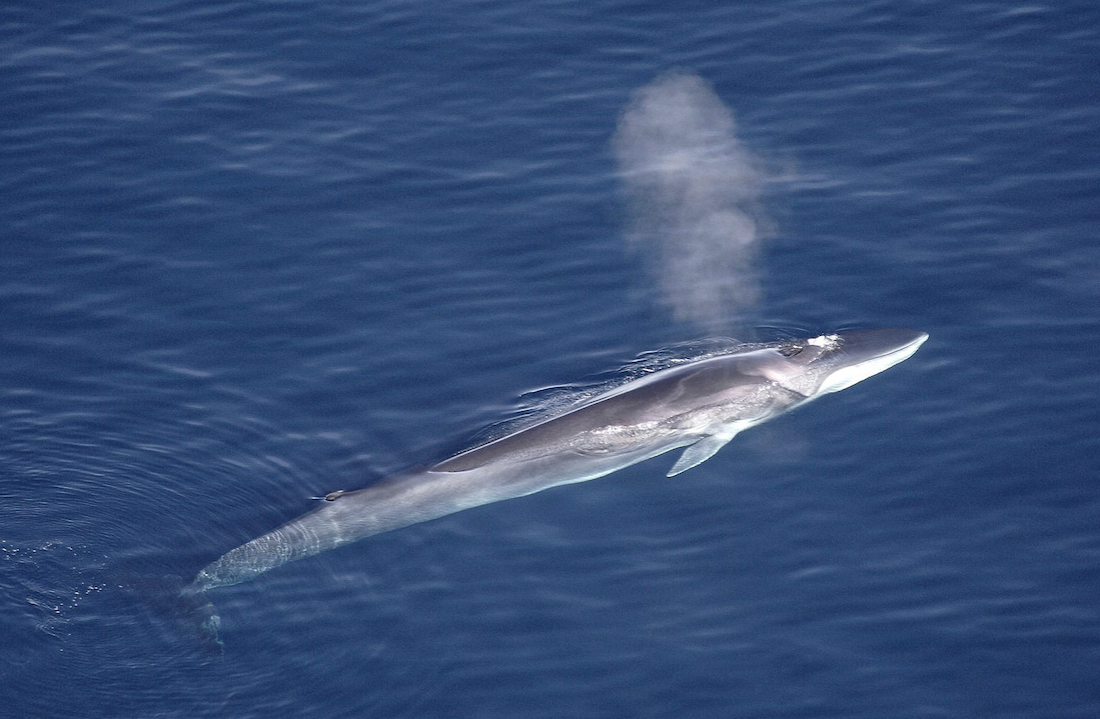 Once Near-Extinct Fin Whales Gathering In Huge Numbers Near Antarctica

Fin Whales, the second-largest animal on the planet, after the blue whale, were hunted to near extinction in the 19th and early 20th centuries. Baleen whales, like their blue whale and humpback cousins, fin whales are generally solitary, or so we thought.

But recently a whale researcher traveling aboard the National Geographic Endurance filmed as many of 1,000 of the mighty animals, grouping together near the South Orkney Islands, not terribly far from Antarctica.

From an article in The Guardian by Philip Hoare:

This vast assembly was spread over a five-mile-wide area between the South Orkney islands and the Antarctic Peninsula. A single whale is stupendous; imagine 1,000 of them, their misty forest of spouts, as tall as pine trees, the plosive sound of their blows, their hot breath condensing in the icy air. Their sharp dorsal fins and steel-grey bodies slide through the waves like a whale ballet, choreographed at the extreme south of our planet.

Scientists have recently discovered that sperm whales, which do tend to gather in groups, learned to spread out in the presence of whalers, as a means of self-preservation. Perhaps, Hoare wonders, we only think krill-eaters like the fin whale were solitary because they too learned that gathering in groups was a death sentence when faced with hunters armed with harpoons. Perhaps this amassing was once normal.

Either way, it’s a spectacular thing to see these whales, which once numbered in the millions, now reduced to only thousands, grouping at this sort of scale.