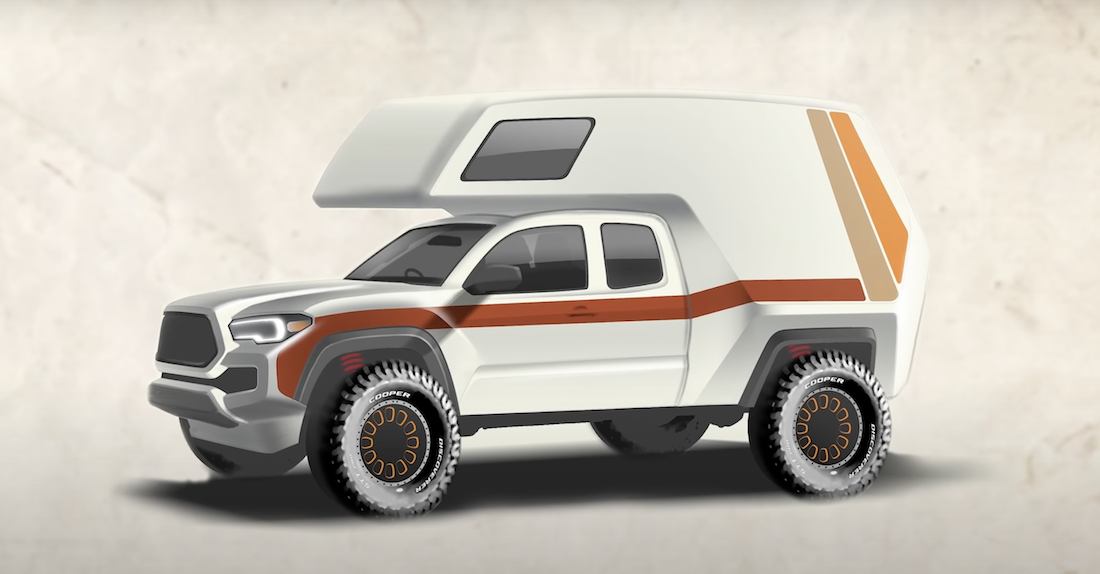 You know the Chinook, yes? That big camper perched over a small Toyota pickup, way before the Tacoma existed, when Toyota trucks were small like we like ’em. The Chinook had that awesome San Diego Padres-esque brown and yellow livery painted on the fiberglass shell. And sure, they would take approximately three weeks to put put put up a mountain grade, they look so charming. 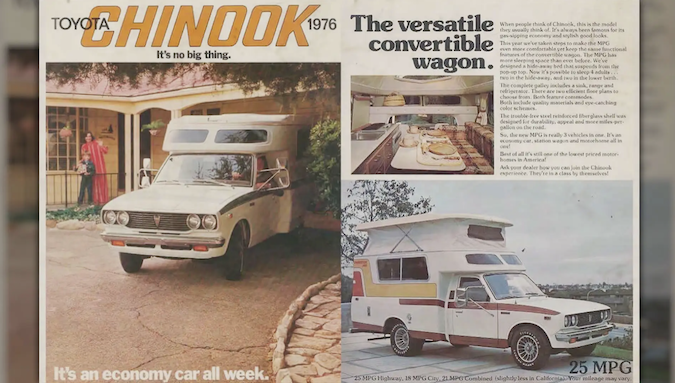 Toyota knows we love them, and for SEMA (the big show that loves to demo bizarre off-road vehicles) they’re recreating the Chinook with a modern Taco. “Tacozilla” they’re calling it. Now, if Toyota was fun and not merely practical, they’d put this sucker into a production run. It’s a manual transmission 4×4 Tacoma with an extended cab. It will get much worse gas mileage than the original, true, but it will also be able to get out of its own way.

Check this thing out, below.