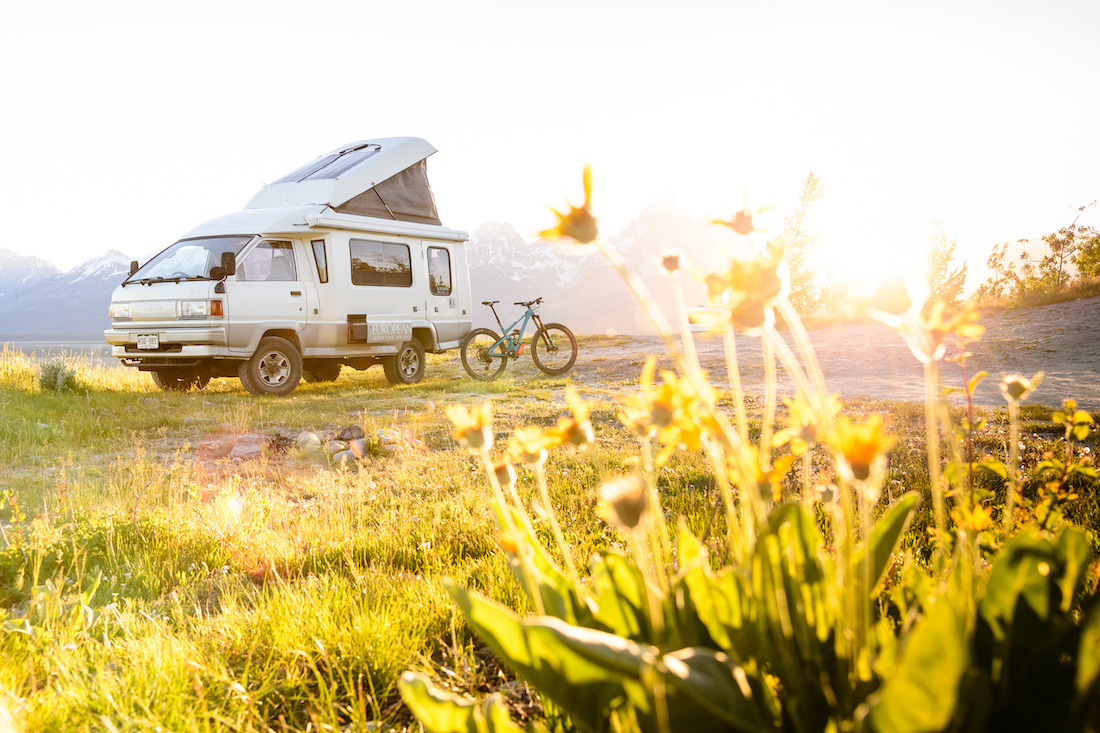 Brett Wilhelm, photographer and filmmaker, lives in Boulder, Colorado, a little town you may have heard of, apparently it’s kinda outdoorsy, and he drives what must be in competition for “Best Vehicle in Boulder,” an imported Toyota TownAce van. You may know these vans by their hilariously boring North American market name, the Toyota Van. Come on. In England, these things were marketed as Toyota Space Cruisers. We got “Toyota Van”?

Anyway, Wilhelm’s is largely stock because Toyota used to make simple, sturdy, efficient vehicles that outdoor people could use right away without modding them into Mad Max-style off-road-eating beasts. We chatted with Wilhelm over email about his delightful little van and the adventures he and his partner Jade get up to in the TownAce. 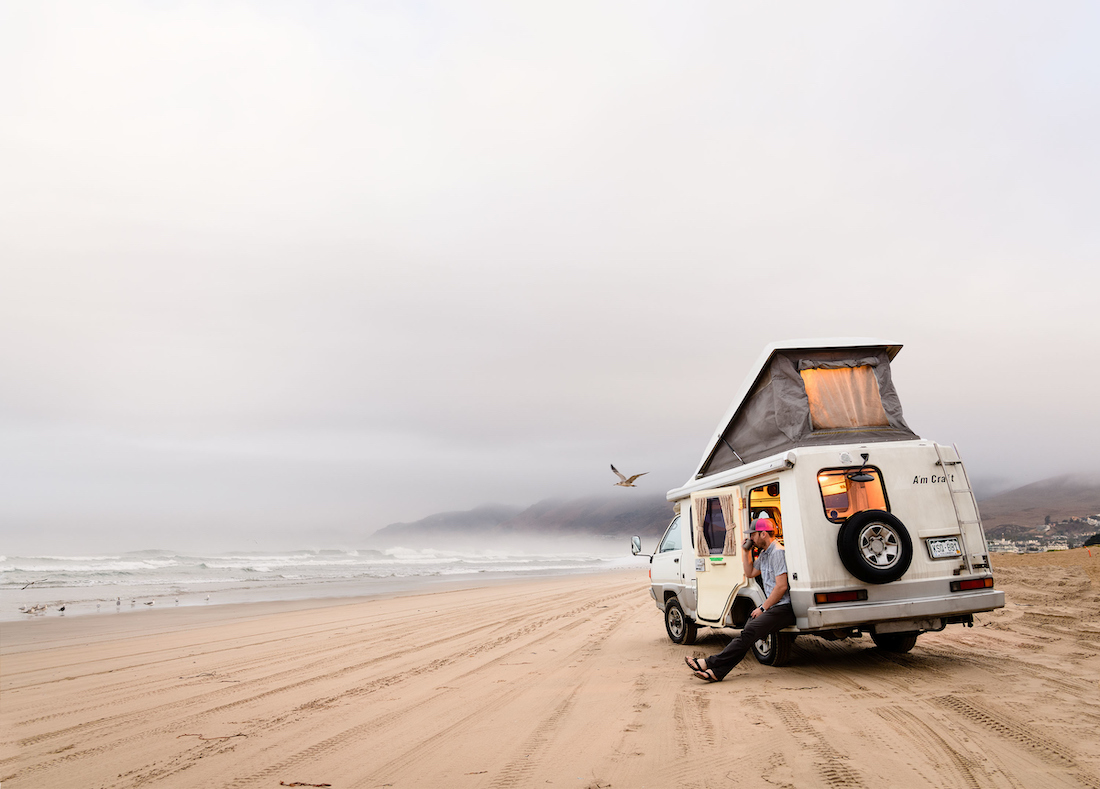 Does the vehicle have a name?
Affectionately named Kumi.

How did you get it?
Growing up in a military family, we were stationed in Japan in early high school and I’d learned to drive there on a van fairly similar to this one, thus there was a lot of nostalgia in purchasing a JDM camper van. I’d been searching for vans for about 18 months already at the time, and had learned of this specific platform at some point in 2016, but there were only a small trickle of them arriving in the country and I was already well down the wait list each time I’d find a listing. I got lucky with this one as the importer was not big in the van space, so I had a chance to fly out and kick the tires before deciding. 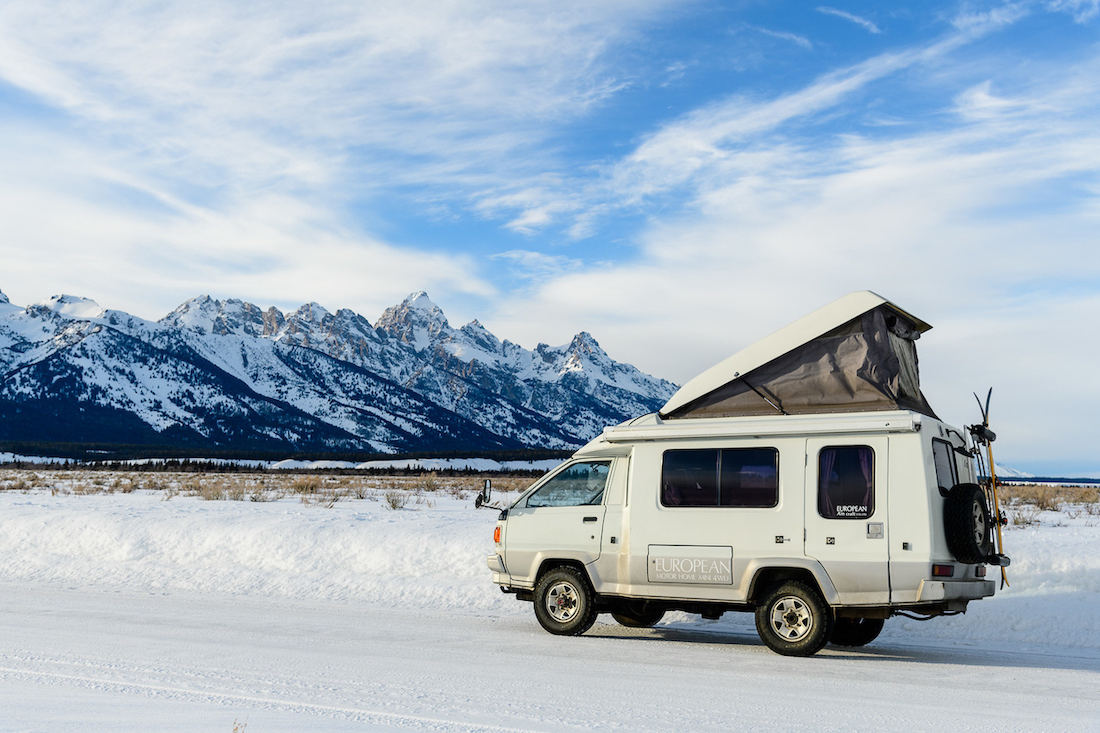 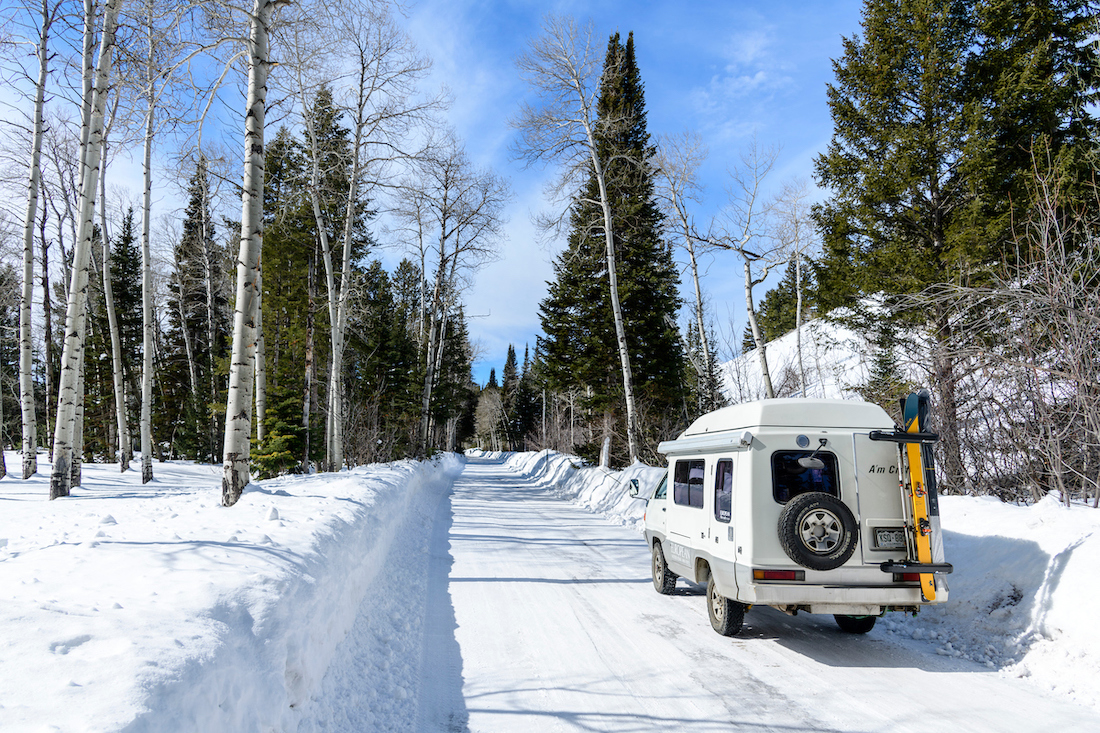 How much did you pay for it?
We negotiated a price of $16,900, which felt like a good value, given the feature set all on a legendarily reliable Toyota platform.

How did you modify it?
One of the things I really liked about the van was the incredibly efficient and well-appointed use of space in the small platform, it had all the features I wanted pretty much from the factory. The 4×4 camper featured decent insulation, a diesel heater, a full kitchen with hot/cold water, indoor and outdoor showers, space to sleep 4 and a very convenient pop top. While I’ve done some general maintenance over the years, the only real modification from factory was replacing the 25- year-old fridge, adding a solar package, and a minor suspension lift to allow larger US spec flotation tires.

You do the work yourself?
I’ve been learning to do more and more maintenance myself over the years, primarily because I enjoy the process of learning and to increase my self-sustainability should we ever have a big breakdown in a distance place. I leave major engine/transmission maintenance to the pros, but I’ve become pretty handy with the camper components, basic engine upkeep, and most of the driveline work. 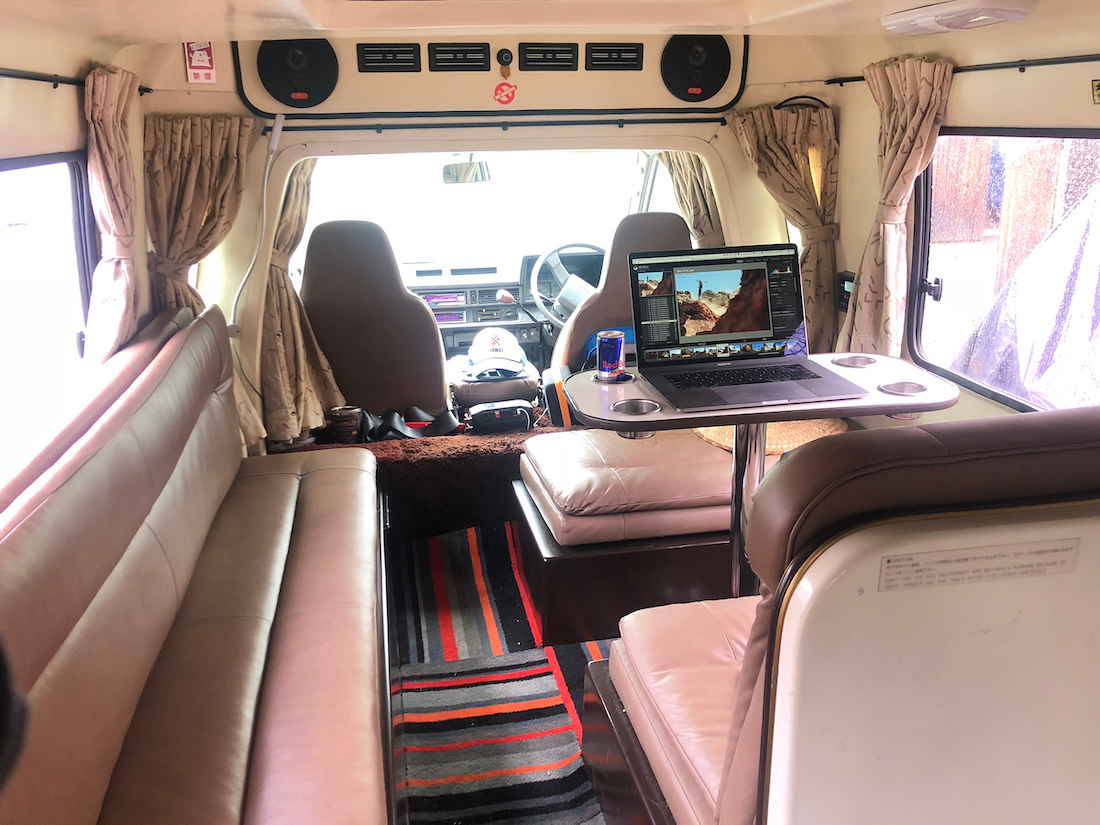 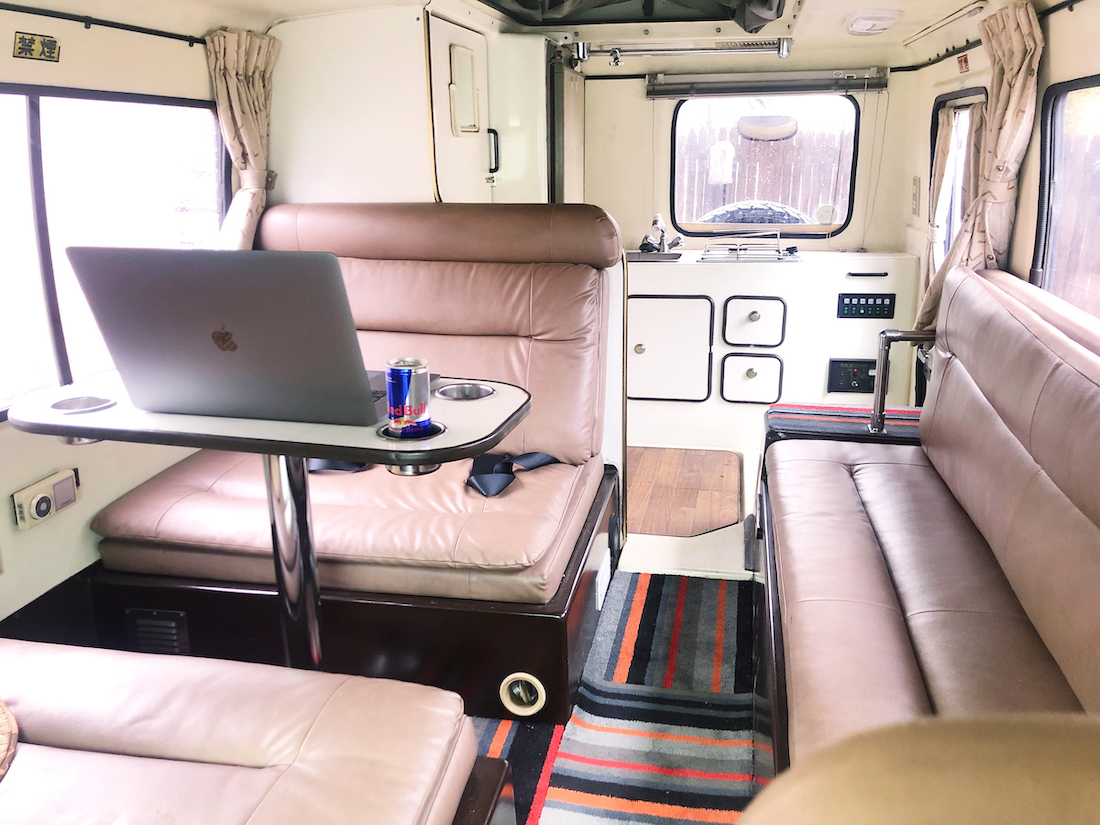 Were you coming from another van or adventure vehicle? How does the Toyota van compare?
I’d started overland adventure travel about 10 years prior on a BMW F650 Dakar dual sport motorcycle and really enjoyed that time. Those trips were mostly within a few days ride of home in Colorado and that definitely fueled a stop-and-smell-the-roses approach to travel. Looking ahead, I began craving longer trips, where I could carry more adventure gear and photo equipment, not to mention be a little less concerned with weather and avoid always setting up/breaking down camp. The van answered all of those questions and has been a near perfect combination of adventure vehicle and mobile office. Being self-employed in the outdoor industry, both my girlfriend Jade and I have the great good fortune of mixing a lot of work and play in our outdoor pursuits and the van has made for quite a convenient home base for our travels.

Do you have issues finding parts or a mechanic who can work on that diesel motor? Can’t be a ton of those little Toyota diesels around.
Owning a JDM vehicle can certainly be tricky and while much of my van’s driveline shares common parts with similar model US Toyota vans and pickups of the era, they never brought this same diesel engine here, so those parts usually have to be imported from Japan. Luckily there’s a well developed e-commerce world catering to these needs, so for the cost of FedEx and a few extra days wait, you can usually get things fairly quickly. Staying ahead of preventative maintenance is key, as you’d definitely don’t want a major break down in some wide spot in the road halfway across the West. I located the english language Toyota 2C engine manual and that’s a huge bonus for when I do need work, but in general a 25 year old diesel engine isn’t overly complex and pretty much anyone with a decent amount of diesel experience and the manual has been able to figure things out pretty quickly.

It looks like most of the cool camping innards are stock. If they break can they still be serviced? Those parts have to be impossible to come by, I’d think.
While the form factor of things are often limited by the original molded fiberglass, a lot of the camper elements are US spec or at least common international parts. While outright replacing the 25 year old fridge was a larger endeavor, most of the other elements have been easily serviceable with commonly available parts from US distributors or, in a pinch, international eBay. 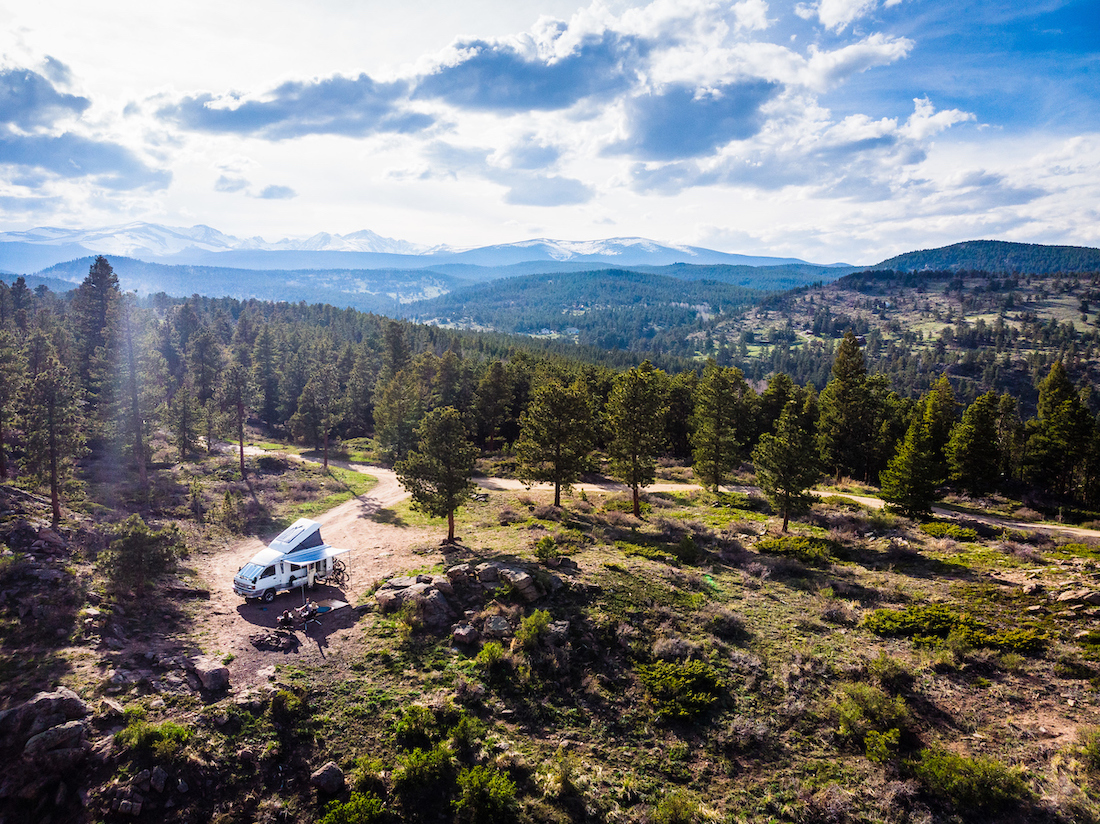