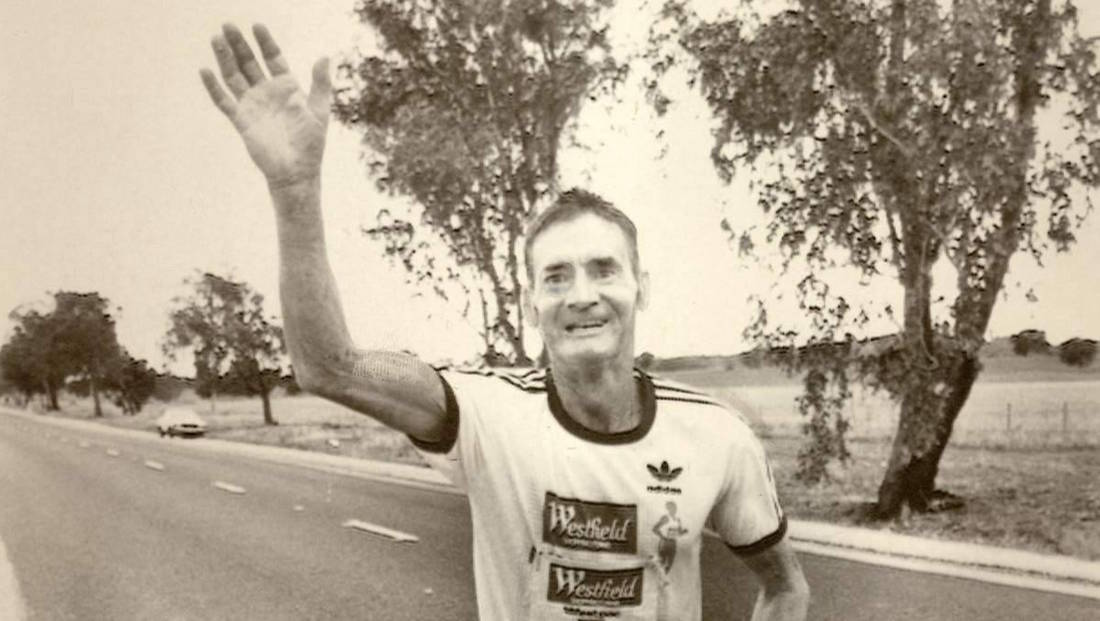 61-year-old Cliff Young showed up to the 1983 Westfield Sydney to Melbourne Ultra Marathon in his first-ever pair of running shoes and windbreaker pants with hand-cut holes for ventilation. He picked up his number, popped out his false teeth (they rattled when he ran), and stepped into line with a group of young, nylon-clad super athletes waiting to start the 544-mile race. Of the spectators, staff, and athletes, the kind ones were confused and the less charitable ones scoffed. How the hell was this old man going to compete against professional athletes who had carefully trained for the inaugural installment of this grueling five-day race?

In fact, Young was a potato farmer and shepherd who had gained endurance chasing thousands of sheep across his family farm in overalls and gumboots. He also still lived with his mom. When the race started off, the elite runners quickly left Young behind. His stride wasn’t really even a stride—more of a shuffle, to be exact—and he was anything but fast. But Young’s experience, so different than those around him, would turn out to be a game-changer.

He reportedly told curious reporters pre-race: “See, I grew up on a farm where we couldn’t afford horses or tractors, and the whole time I was growing up, whenever the storms would roll in, I’d have to go out and round up the sheep. We had 2,000 sheep on 2,000 acres. Sometimes I would have to run those sheep for two or three days. It took a long time, but I’d always catch them. I believe I can run this race.”

The accepted approach to the race at that time was that runners would run 18 hours a day and sleep for 6 hours a night. But when the professionals laid down for the evening, Young just kept shuffling along. When they awoke the next morning, Young had covered serious mileage. His competitors were certain he couldn’t keep it up for the entire 544 miles, but Young kept gaining ground. He eventually overtook the entire pack, gaining leads while they slept that even the slickest of sponsored young runners couldn’t close.

By the time Young crossed the finish line, he was 10 hours ahead of the second place finisher. His folk hero status was cemented when he received the $10,000 first-place prize and proceeded to give away $7,000 of it to other competitors. “That’s a lot of potatoes,” he said of the purse.

His time of 5 days, 15 hours and 4 minutes beat the record for running between Sydney and Melbourne by more than two days. Now a record-setting champion, the single 61-year-old found himself a 23-year-old wife (they remained married for just five years), and went on to run over 12,000 miles in ultra races. In an attempt to run around the entire Australian continent, his efforts were thwarted after 4,050 miles of the 8,316 mile route (at a record-setting pace) when his lone support staff member fell ill. He competed into his late 70s, setting an age record at a six-day race in Victoria in 2000.

“The doctors once told me I had arthritis in my joints and to take it easy, so I said ‘I’ll fix that up, I’ll run it out.’ So I kept running and it disappeared,” Young told an interviewer about exercising as he aged. “It is like rust that gets into a vehicle. Well, I think it was like rust in me. I reckon you have to keep your joints moving. Absolutely. No matter what you do, you have to keep moving. If you don’t wear out, you rust out, and you rust out quicker than you wear out.”

He passed away in 2003 at age 81, but his legacy lives on in the style and technique of ultrarunners around the world, many of whom have adopted a stride similar to Young’s remarkably energy-efficient “shuffle.”

For one of the best books on long-distance running, pick up a copy of Born to Run: A Hidden Tribe, Superathletes, and the Greatest Race the World Has Never Seen.