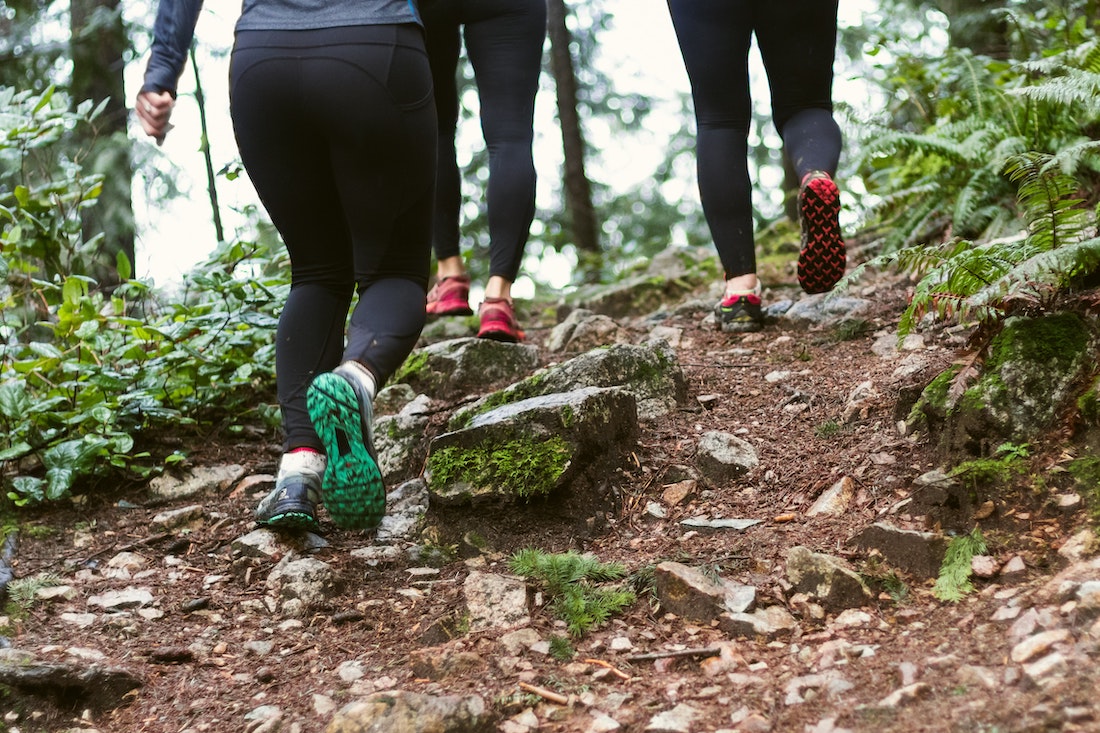 The earliest fossilized footprints of a human being were found at a saltwater lagoon in South Africa. They came from a woman some 117,000 years ago, proof that walking is something that ties us to our deep evolutionary past, that it is an activity as old as our species and unique to us as well. As Shane O’Mara points out in In Praise of Walking: A New Scientific Exploration, his delightful and salient account of the centrality of walking to human life and history, we may not know what her life was like, but surely the sky above and ground underfoot feel much the same today as they did then.

“We humans, rightly and correctly, display a fascination with our origins,” writes O’Mara. There may be no better way to indulge this fascination than to go out for a walk.

Even the quickest and most mundane walk can be rife with scientific, evolutionary and even spiritual significance in O’Mara’s opinion. To start, we shouldn’t underestimate how radical it is that we can put one foot in front of the other. Walking on two legs remains a special adaptation of our species; it freed our hands to engage in other activities such as carrying food or weapons, which further fueled our exceptional evolution. (He points out that despite all of our technological advances, walking is something that even sophisticated robots still struggle to achieve gracefully.)

All organisms that move need a brain. But humans are not just brains inside skulls, according to O’Mara: We are minds in motion. “Walking upright makes our minds mobile, and our mobile brains have marched to the far horizons of our planet.”

O’Mara, a professor of experimental brain research at Trinity College in Dublin, writes in straightforward prose, methodically presenting research and studies in support of his thesis that walking has not only been crucial to human evolution but is essential to our health. Studies show that regular walking mobilizes changes in the structure of our brain that can increase volume in the areas associated with learning and memory. He dedicates a chapter to the science behind human navigation and describes how the selective memories of our wanderings are central components of our experiences and ability to make “maps of the world we have experienced.”

O’Mara argues that walking influences many aspects of cognition — how we think, reason, remember, read, and write. In particular, there is a vital relationship between movement of the body and the flow of thinking. “Since antiquity it has been recognized that a good walk is an excellent way to think problems through,” he writes.

The neural reasons for this relationship are only now being revealed through research that shows we have two main modes of thought: active mode and mind-wandering. It’s the latter that walking can stimulate, allowing our minds to drift and “integrate our past, present, and future, interrogate our social lives, and create a largescale personal narrative.” 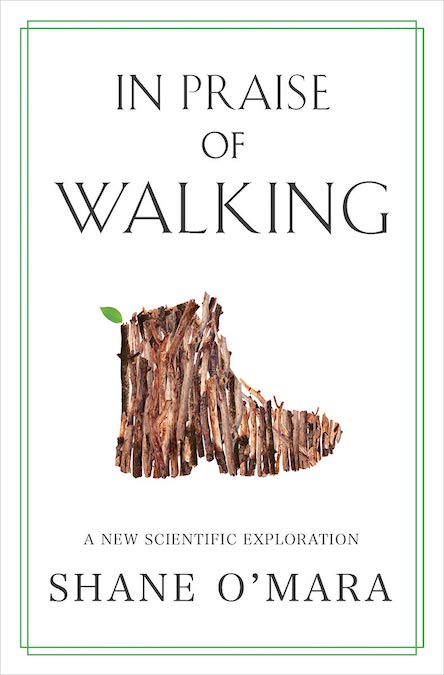 Walking seems capable of shaking us out of old ruminations and opening up the possibility of new potential and patterns of thought. It sets our thoughts free, as O’Mara puts it. The ability to let our thoughts flow while sauntering through a landscape has been long appreciated by poets like Wordsworth. But it’s only now that the scientific understanding of cognition in the wild — meaning outside of the laboratory — is catching up.

One of the pleasures of reading “In Praise of Walking” is that you may begin to recount the significant foot journeys of your past. I found myself recalling with renewed poignancy a roughly 55-mile walk from Port-au-Prince to Jacmel in Haiti that I only now recognize as a pivotal moment in my personal and professional life, or the regular strolls I have taken since I was a child across the cliffs of Howth in Ireland with multiple generations of my family. “Walking is holistic,” writes O’Mara. “Every aspect of it aids every aspect of one’s being.”

The only demerit of the book is O’Mara’s occasional professorial tone. But far more often, he manages to engagingly weave history, philosophy, and poetry into the scientific literature. He quotes, among others, T.S. Eliot (“Let us go then, you and I, When the evening is spread out against the sky”); the philosopher Jean-Jacques Rousseau (“I can only meditate when I am walking. When I stop, I cease to think; my mind only works with my legs”); and Mark Twain (“The true charm of pedestrianism does not lie in the walking, or in the scenery, but in the talking”). 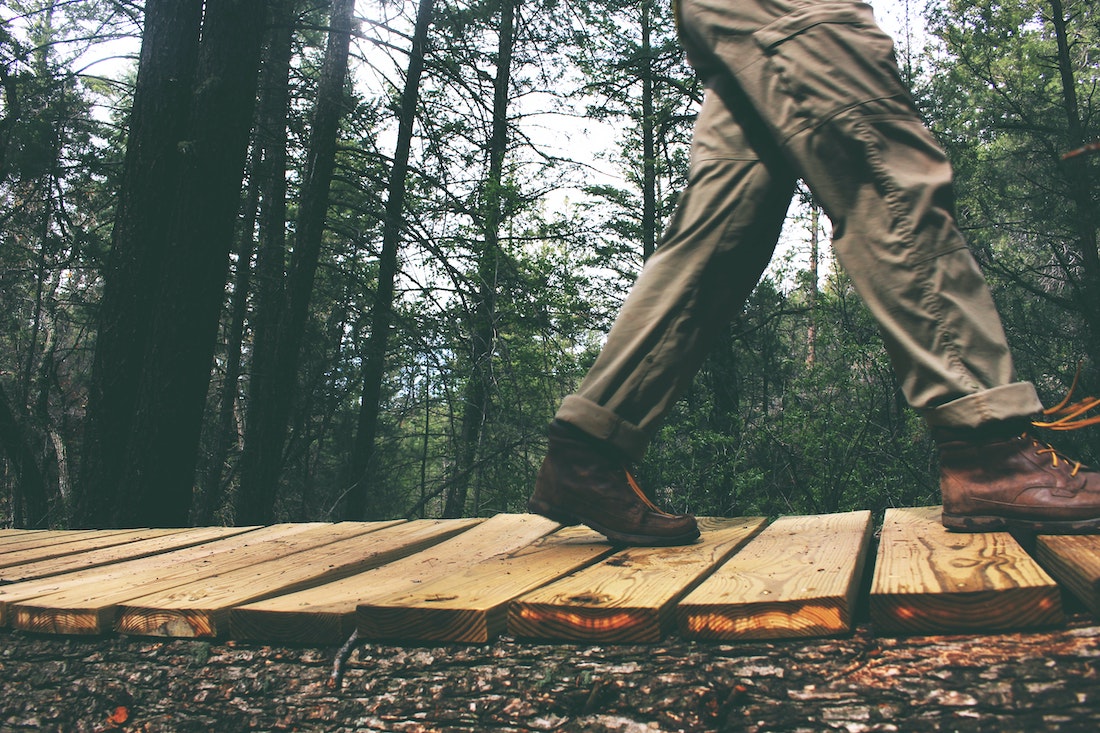 O’Mara also emphasizes walking’s profound social function. He recalls the marches of Gandhi and the American Civil Rights movement, and in Northern Ireland during the Troubles. “Marching can give life to solving the collective action problem — how do we know that we all think and feel the same way about a crucial issue,” writes O’Mara. “Well, by getting out there, walking in unison and proving it on the streets.”

It’s O’Mara’s opinion that doctors should prescribe walking as a treatment for improving health because, as he puts it, movement is medicine. His prescription: Don’t bother going to the gym, just take really long walks, preferably in nature.

He tracks the number of steps he takes every day with a smartphone because of how difficult it is to objectively self-report how much walking one does. Interestingly, this powerful tool has given researchers a trove of information into individual and even country-level data. The insights can be surprisingly political. In Saudi Arabia, people walk an average of 3,103 steps a day, nearly half the amount of people in Japan. Across the board, males walk more than females from the mid-teenage years through to the 70s, hinting at the cultural forces that circumscribe our movements depending on our gender, age, and country of origin.

In the end, O’Mara’s strongest message is that we should all be walking a lot more — it’s plainly good for the body and spirit, and “It will repay you in more ways than you know.”