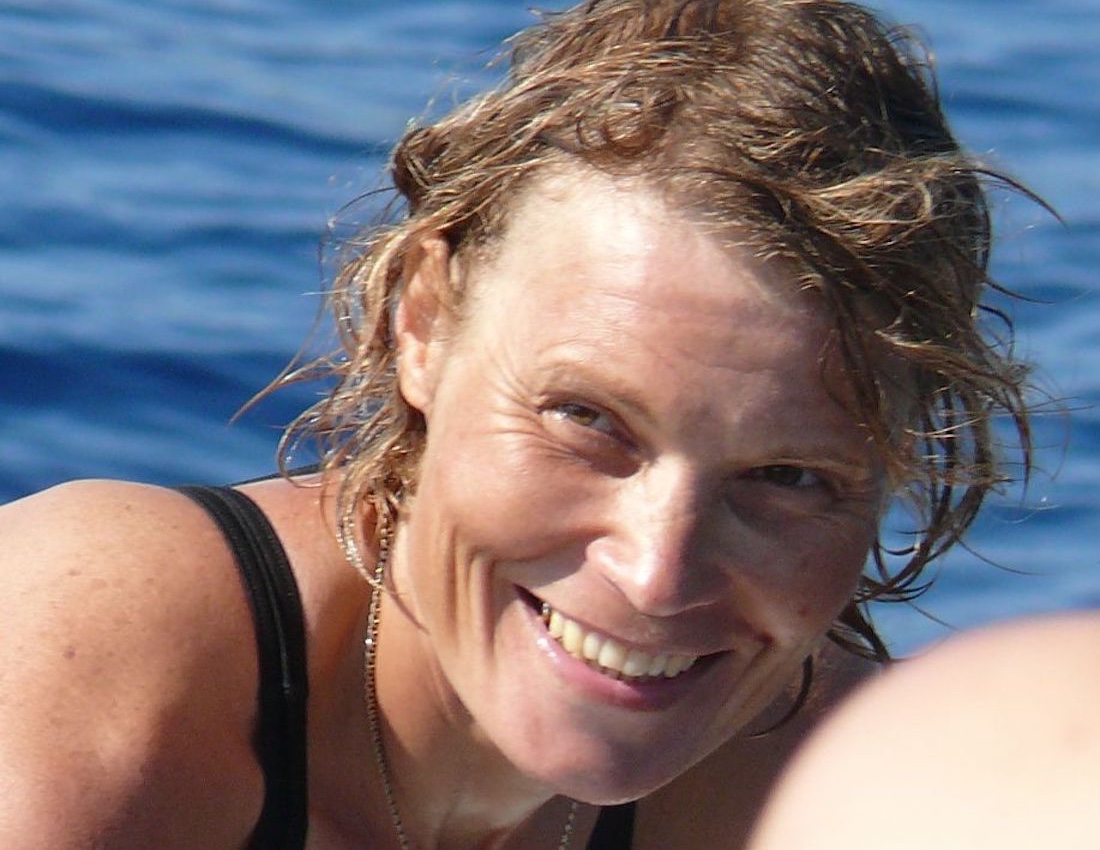 Assume a comfortable position. Now close your eyes, exhale slowly and steadily, then draw a long deep breath, completely filling your lungs—and hold that air. Notice that as the seconds slowly tick past all of your attention turns inward, bodily. There’s pressure in your chest; you become more aware of your heartbeat. As the urge to breathe again builds you have a choice—give in to the immediate rising panic, or enter a deeper state of calm, trying to slow down the heart, calm the racing mind, to silence the energy-sapping restlessness as your body prepares to fight for air.

How long can you maintain that breath? The average adult can manage 30 seconds. Can you reach one minute? Perhaps two? Can you fathom reaching nine minutes, two seconds? Natalia Molchanova achieved that time, the women’s world record in static apnea—holding her breath while motionless in a pool—in 2013. Two years later, Molchanova, considered by many to be the greatest free diver in history, disappeared off the coast of Spain during a recreational dive on a sunny August morning. Her body was never found.

Before she slipped beneath the surface that day, Molchanova had established 41 free diving records across many disciplines. She could sit motionless in static water, dive more than 100 meters deep on a single breath, swim weighted or unweighted for hundreds of feet without surfacing. She loved nothing more than descending 25 meters and unclipping her lanyard from an emergency rope line, to sink unencumbered and free.

“Freediving is not only sport, it’s a way to understand who we are,” Ms. Molchanova said in a 2014 interview. “When we go down, if we don’t think, we understand we are whole. We are one with world. When we think, we are separate. On surface, it is natural to think and we have many information inside. We need to reset sometimes. Freediving helps do that.”

How old are you when reading this? Molchanova, born in 1962, was a competitive swimmer in her youth but stopped at age 20 to have a family. For 20 years she lived a typical life as a mother in Moscow, her main thrill apparently riding a scooter around the city until, at age 40, she read a magazine article about free diving. Much like this one, perhaps. Something about it spoke to her, awakened something that drove her to become the most respected free diver in the world in less than a decade.

For the first 25 meters of a dive, our gaseous, fatty bodies resist. We’re buoyant and difficult to sink. Free divers will often wear weights to sink them to this depth. Beyond it, however, the pressure changes things and a human body sinks like a stone. This is the point at which free diving becomes an almost superhuman feat, far beyond what even the fittest among us can entertain without considerable training. That training requires a serious reining in of thoughts of panic and the urge to breathe.

Molchanova would enter a state during her dives that she called “attention deconcentration.” Similar to meditation, the idea was to abandon thoughts and to turn completely inward, to be aware of the whole of the body, to lose the outside picture and the distraction of the thinking mind, to embrace sensation, to lose contemplation. In this state, the diver is in touch with bodily processes through feeling, not thinking.

Chemical changes also take place during deep dives that alter how the diver’s mind works. Under pressure, nitrogen becomes soluble, penetrating into cell membranes, causing nitrogen narcosis, a feeling of drunkenness that divers call “the rapture of the deep.” It alters consciousness and can claim divers who succumb to the pleasing urge to do nothing. Molchanova’s practiced mental state allowed her to break through this, or at least to push it to the side, to allow her to know when her body had suffered enough and it was time to rise.

Then, the euphoric breath at the surface.

It was as if Molchanova was born to free dive. A year after she began training she set two Russian national records for depth and distance. Eventually she was able to swim 237 meters on one breath propelled by a monofin. With no fin, she was able to cover 182 meters. She set records as the first woman to dive 100 meters beneath the surface wearing a weight pulling her down and which she carried back to the surface. Molchanova also established a free immersion record of 91 meters, diving down connected to a rope line, but weightless.

Her fascination with how the body reacted in these extreme environments led to further study and mastery of diving; after a time she landed on the faculty of Moscow’s Russian State University as a physiologist. Her feats as a diver earned her the title of President of the Russian Free Dive Federation.

But those feats were secondary to the love of the dive. She cared little for the pool, for training, for racking up accomplishments. Or at least, she cared little once below 25 meters, testing herself, allowing herself to succumb, to submit to the pressure, to the meditation, to the world that us landlubbers never truly know.

“Compared to the ocean,” she once said, “the pool is like running on a treadmill versus running in the forest.”

What Molchanova saw beneath the waves inspired verse. She won world records. She was a university-trained academic. But she was also a poet. What did she see deep beneath the surface, mind cleared, body tuned, light blue slipping to black, in both total control but also total surrender. What clarity? What insight?

From her poem “The Depth”

I have perceived non-existence
The silence of eternal dark,
and the infinity.
I went beyond the time,
time poured into me
And we became
immovable.
I lost my body in the waves
Perceiving vacuum
and quiet,
Becoming like its blue abyss
And touching on the oceanic secret.
I’m going inwards
recollecting
What I am.
I am made of light.
I peer intensely:
The depths reveal a breath
I merge with it,
And unto world emerge.

When Molchanova disappeared she was not testing herself against a record. She was not reaching for unseen depths. She was on a dive with friends at a depth that was of no consequence to her, a mere 35 meters. She’d been three times as deep before. But on August 2, 2015, she slipped from a boat bobbing off Formentera, an island not far from Ibiza, Spain, and dove beneath azure waters. Calm, that summer’s day. No wind, little swell. She was with friends. After a few minutes, she didn’t surface. A few more, and a call went out to the Coast Guard. Then rescue divers. Robot submersibles. But nothing. Molchanova, the greatest free diver the world had known, was gone.

Sara Campbell, for many years a free diver that rose to the status of Molchanova’s closest rival could say only this: “She is the greatest free diver that the world has ever seen and quite possibly that the world will ever see. It’s absolutely tragedy that she’s gone in this way. It seems to have been a freak accident, But she lived for the ocean and ultimately every free diver would be quite happy to go that way.”