The Man Who Paddled a Kayak From Germany to Australia 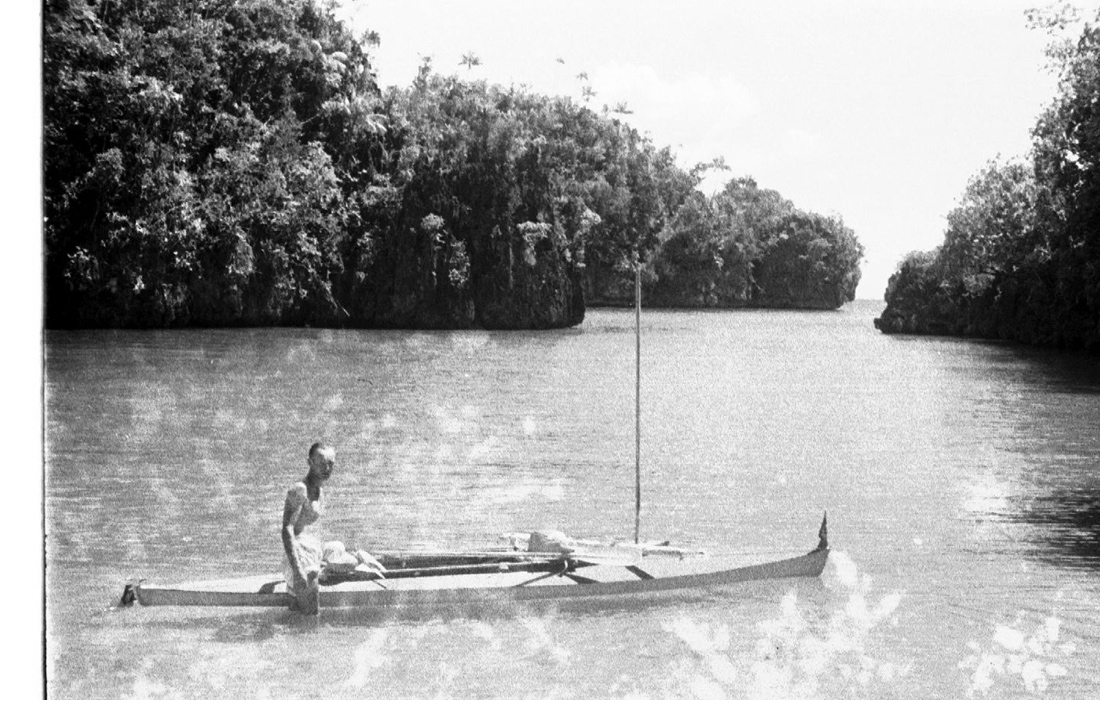 The Man Who Paddled a Kayak From Germany to Australia

There are a great many ways to get to Australia from Germany, nearly all of them easier than the route and method chosen by Oskar Speck in 1932. Fortuitously, or perhaps purposely, nobody really seems to know, Speck avoided the crushing financial depression of Weimar Germany by embarking on one of history’s grandest adventures. In a span of seven years, he paddled a series of 15-foot kayaks more than 30,000 miles from the Danube River in Europe to the tropical shores of far northern Australia. Even better, when he first set out, he was “merely” planning to paddle to Cyprus for work, with no intention of traveling by kayak to the other side of the world. But the paddling proved irresistible and Speck did not stop once he reached Cyprus.

Oh, also, he never learned how to swim.

Speck was 25 years old when he set out on his incredible journey. He was an unemployed electrician living in Hamburg. Work was scarce and prospects were dim after the 1929 stock market crash ripped through Germany, so Speck decided to seek work in the copper mines of Cyprus. With no other means to get there, and as a proud member of a kayaking club since his youth, Speck decided to paddle his way to, hopefully, a job.

In May, 1932, Speck shoved off from banks of the Danube in a collapsible and very much not seaworthy 15-foot kayak, and began paddling south. He arrived in the Balkans several weeks later and, lulled to boredom by the languid waters of the Danube, Speck made for the Vardar River, where soon fierce rapids dashed his boat nearly to splinters. While awaiting repairs, winter set in and the Vardar froze over, locking Speck in place for months.

Undaunted, he worked part-time jobs through the winter, then set off toward the Mediterranean Sea in early 1933. By now, he’d formed a new plan. Working in a mine in Cyprus? Sorry, no. Not after months in the kayak, slowly floating through Europe paddle in hand. Instead Speck decided, he’d be an adventurer. There was a whole, whole lot more south ahead.

Where to begin with the next six years of Speck’s adventure? Well, he built himself a small sail and tested it out in the Mediterranean. He learned there how to navigate over and around swells without a rudder and discovered that a bit of wind puffing into his canvas doubled his paddling speed to a respectable six knots. His first overnight sea trips happened in the Med as did his first close scrape with an ocean freighter. Oh, and Speck’s first battles with raging seas, which left him screaming into gale force winds in frustration.

Barred from entering the Suez Canal, Speck had to cross Syria by land to arrive at the Euphrates River. His boat was stolen and recovered after he bribed the police. Once at the mouth of the Persian Gulf, Speck contracted malaria, a malady that plagued him the rest of his voyage. Random villagers shot at his boat in the night as he drifted down the river.

Speck had also begun to make a bit of a name for himself. A crazy German paddling through Europe and into the Near East was a hot topic of conversation in the adventure-crazed early 20th century. 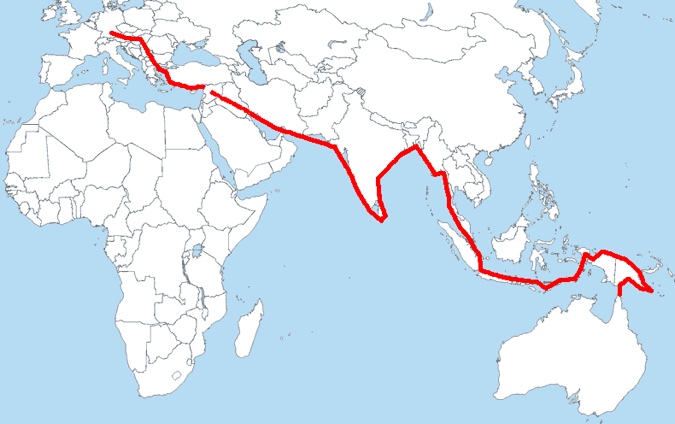 When Speck arrived on the shores of Baluchistan, in present-day Pakistan, he was discovered by a British official who congratulated him on making it so far in his pitiful little craft. Soon, Speck was the toast of British India, a featured guest at dinner parties, the recipient of financial gifts that kept his trip afloat, for Speck had long since burned through whatever meager savings he’d kept when he left Hamburg.

Speaking of which, his family, back in a Germany in the throes of the rise of Hitler, and an economic recovery, implored Speck to return. Jobs were plentiful, they reasoned. But Speck was addicted now. To the adventure and to the sense of purpose his trip gave him. He pressed on, ever southward.

Oh, there were trials. Speck was swamped by a tidal wave. He repeatedly capsized when trying to put in on the shores of India. Long days at sea left him sunburned, thirsty, bored, exhausted. As he paddled further, into the Andaman Sea, Speck was shoved around by inter-island currents and powerful winds, always threatening to destroy his craft. Or his body.

Then, Singapore and Indonesia, where he was greeted cheerfully by proud Germans. Here, his story takes a turn perhaps toward the conspiratorial. A Nazi official in Jakarta gave Speck a financial gift and an association with the rise of German fascism that followed Speck the rest of his journey.

In the Maluku Islands in the Timor Sea, Speck endured the most frightening experience of his voyage. Native villagers beat and tied Speck up after an altercation in which villagers brandished machetes, and Speck waved his pistol in the air. They threatened to behead Speck and left him tied up on the beach. He chewed through the ropes and crawled to his kayak, escaping into the dawn.

By the time he reached Papua New Guinea in 1939, Speck was world-famous, but not necessarily in a good way. The world had erupted in war. His association with the Nazi official in Indonesia caused many to wonder: Could Speck have been a German spy? His paddling quietly along eastern waterways would have been an excellent way to make maps and perform a bit of light reconnaissance. A local official in Papua considered arresting Speck for his German associations, but sent him along to Australia. 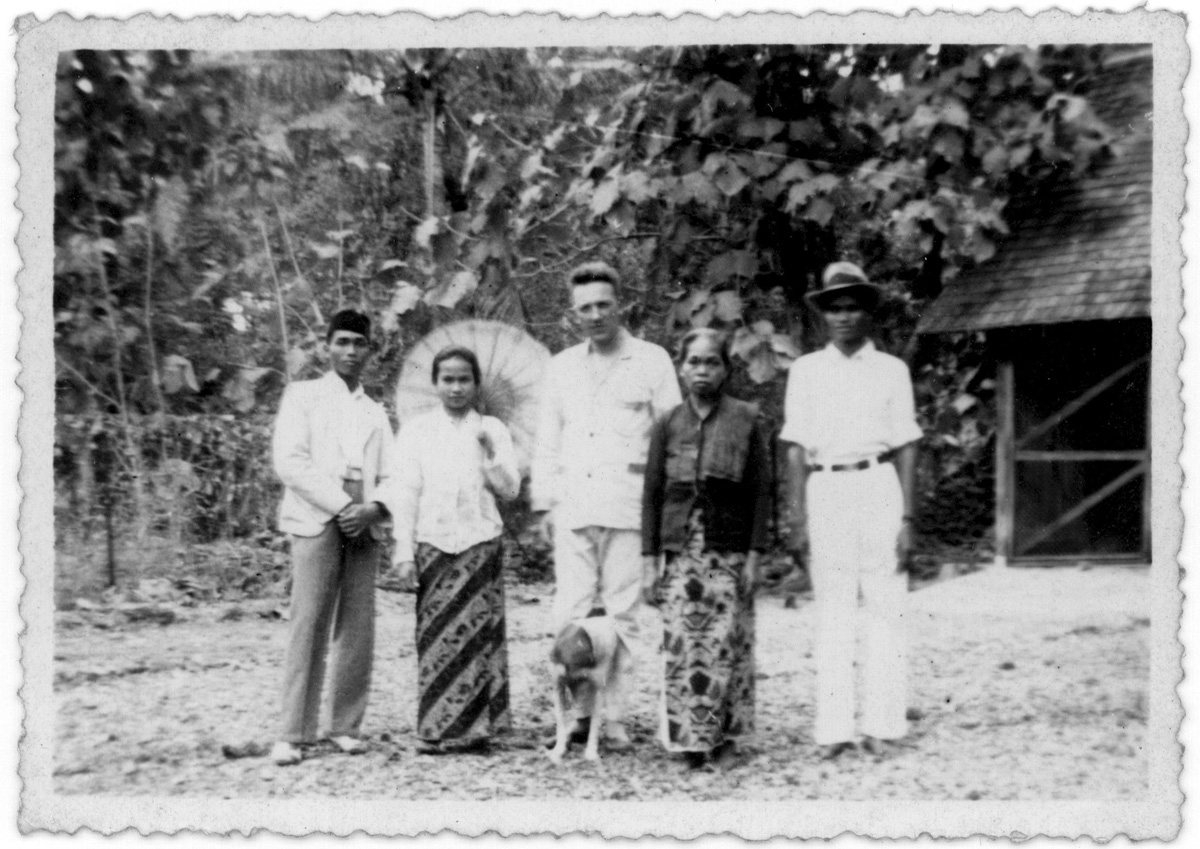 Speck paddled ashore at Saibai Island, one of Australia’s northernmost points, where he was greeted by a handful of natives, as well as Australian police.

“Congratulations on an incredible achievement, Herr Speck,” one of the policemen said. “I regret to inform you that you are under arrest.”

Speck had paddled more than 30,000 miles, crossed the Mediterranean Sea and some of the Indian Ocean’s most treacherous straits. He’d survived numerous capsizings, potshots, machete attacks and malaria. But the events of Europe still reached him, clear on the other side of the world.

For the duration of the war, Speck was a prisoner in Australia. After Hitler surrendered, Speck stayed in Australia, settling just north of Sydney. He became an opal miner. He’d set out in 1932 hoping to work in the mines of Cyprus, and ended up in the southern hemisphere, mining after all. Speck died in 1995.

“Speck’s voyage simply dumbfounds me,” said Jeffrey Mellefont, a sailor who worked at the Australian National Maritime Museum. “Sailing, I could always heave to in storms or stand off a dangerous coast, get some rest and try again at daybreak. Speck had to get it right the first time, every time.”