How Technology Decides Whether You Get the Campsite You Want 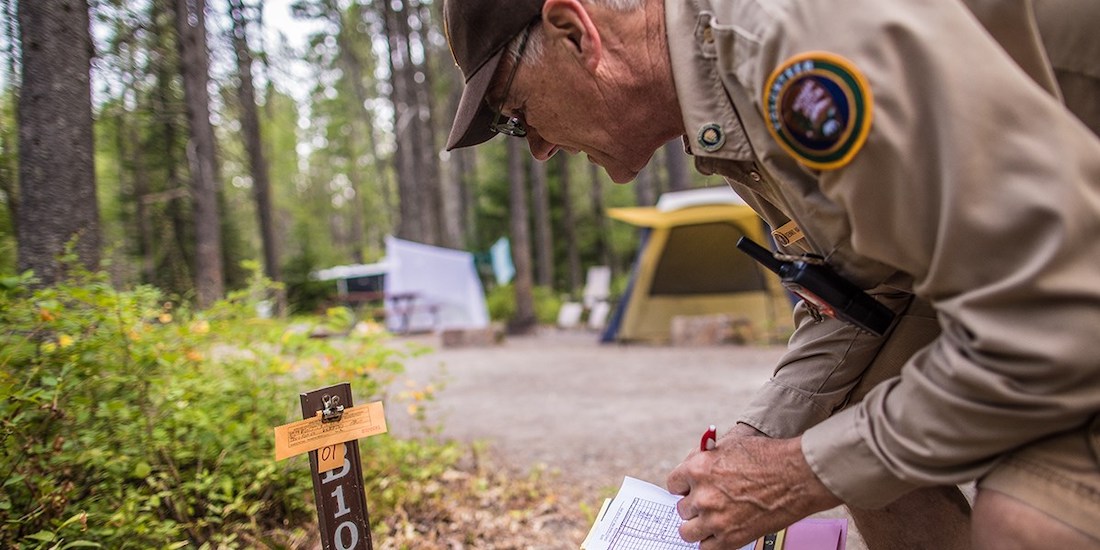 How Technology Decides Whether You Get the Campsite You Want

How did you get this site? I ask the man sitting across from me at a picnic table in Yosemite Valley’s North Pines campground. It’s Memorial Day weekend. I estimate this site has been sold out since 8:01 a.m. on November 25, 2018, approximately one minute after it became available online.

This man—a friend of a friend—had generously extended an invitation for me to join his group on the trip and of course I said yes. This is one of the hardest to get campground reservations in the United States.

I’m thankful. I’m impressed. No, I’m completely baffled as to how I’m here.

“Memorial Day weekend in Yosemite feels impossible,” I continue. “I thought the bots would have snatched them all up.”

My new friend shifts a bit in front of me, shuffling a deck of cards for a game he’s about to teach the group. “Yeah, well, that’s kind of the only way,” he says, shrugging.

On Memorial Day weekend, I realized that the only people on the Yosemite floor were either the very lucky or the very technologically literate. If we aren’t careful, they may be the only people who get to go camping anymore.

I fall silent. I’ve been trying to get a campsite in Yosemite Valley for years and have always failed. Initially, I assumed I was a poor planner, not knowing what days I’d be free six months ahead of time and forgetting to set my alarm for 8:00 am to login to make the reservation. But then I read about how bots were methodically snatching up online campground reservations and realized that booking a campsite was a game that I no longer knew the rules to.

Frustrated, I gave up ever trying to car-camp in Yosemite, a place where I had all my first meaningful outdoor experiences as a child. Now I assumed it was full of robot writers and RV illuminati. I moved on to less-traveled national forests and backpacking excursions.

But now here I was, on the gorgeous valley floor once more, sitting across from one of the people who had an ace up his sleeve. I was drinking his coffee. I was playing his game.

Meeting one of the gatekeepers who I felt had thwarted me in the past, I wanted to be furious. But I couldn’t be. This gatekeeper had let me in. I looked around the campground and silently wondered how many people there were great planners—or cheaters.

Then I asked myself the bigger question: In 2019, what’s the difference?

If you’ve had trouble booking a campsite in Yosemite Valley, Point Reyes, Big Sur, or elsewhere in California recently, you’re not alone. After inciting headaches in the realms of concert tickets, holiday shopping, and social media, bots have spent the last few years coming for the frontier of civilization—the great outdoors.

Bots are new to camping, all things considered. Twenty years ago, most of us called to make a reservation at a site or, equally likely, just showed up and parked wherever looked prettiest, given that many campsites were still “first come, first served.”

Flash-forward to 2005 and parks and private campgrounds were launching online-booking systems. However, they were managed by different agencies, rarely reflected reality on the ground, and were plagued with bugs. By today’s standards, the network was a user-experience nightmare.

In 2015, the optimistic, relatively advanced ReserveAmerica.com (run by the private company Aspira) became the largest clearinghouse for America’s campsite reservations. But the site was bombarded with bots, frustrating human users by selling out entire campgrounds in less than one second.

Then, in 2016, Booz Allen Hamilton (which did not respond to requests for comments on this article) won the government’s recreation-data contract from Aspira. In 2018, it cut the ribbon on a brand-new Recreation.gov—a massive one-stop shop for the American outdoors, allowing users to book campgrounds, picnic areas, and trail permits under the management of 12 different agencies — all in one place.

It appeared the outdoors had officially arrived in the 21st century. There’s obvious perks to bringing any industry online: more organized data, the saving of trees and office-paper clutter, and—above all—advancing public access to your offerings (in this case, nature).

But there’s a downside too: You lose control of the product.

National-park attendance has been rising steadily since 2015, yet bots are openly blamed for the impossibility of getting a campsite reservation at popular places such as Steep Ravine, Kirby Cove, or Point Reyes (to name just a few of the popular places in the Bay Area).

Perhaps the truth is in the middle: Both the trendiness factor and the bots are the reasons why you can’t fulfill your camping fantasy this summer. But since we can’t tell our neighbors to stop going outside, shutting down the bots feels like the one solution we can all agree on.

Except shutting them down isn’t so simple. It’s not like the sites themselves haven’t been trying.

Last October, Recreation.gov unveiled a plan to thwart “tech wizards” by forcing users to log in each time they wanted to make a reservation, theoretically ensuring they were a real person. But those measures have proven to be ineffective. “I could get past that in an hour,” said a developer friend of mine when I showed him the site’s “log-in” changes.

Jorge Moreno, a California State Parks information officer, claims that ReserveCalifornia has “eliminated bots on the site” by utilizing CAPTCHAs—those checkpoints that force you to prove you’re actually human (perhaps by clicking a box, identifying bridges in blurry photos, or filling out a word pattern). But I know personally how easy it can be to get around these, having worked at a company where we used 2Captcha, a service that for less than a dollar will allow a bot to pass over a thousand of these “human tests.”

To top it off, there’s no fear of prosecution, since most bots aren’t even technically illegal, according to KQED’s lawyers. The Better Online Ticket Sales Act (a.k.a. the BOTS Act) applies only to bots used for ticket-scalping large events, and “specialists in internet law say that these [camping] bots fall into a legal gray area.”

Which is likely why today, if you open a new tab and Google “campground reservation bots,” a merry band of options will present themselves at your service. 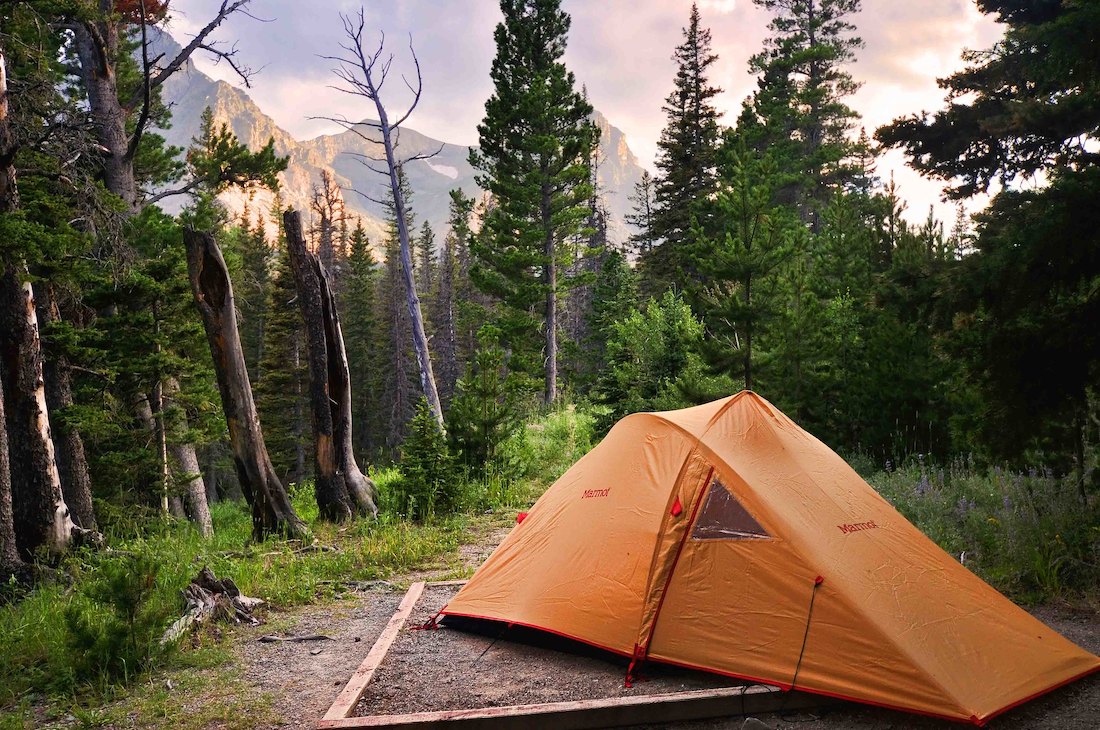 Custom scripts are posted on GitHub by people who seem to be trying to help anyone snag that impossible campsite —well, anyone who speaks Python, at least. Then there are Robin Hoods for the rest of us: a Reddit user called Tim_the_Enchanter gave his bot an interface that a liberal-arts major like me could understand and posted it up publicly for free.

Polished, Canadian-based Campnab goes even further, presenting itself as a fully fledged SaaS. For a fee, they will automatically text you any openings at the campsite on the basis of your specifications and keep track of your requests in a dashboard. Notably, Campnab offers to help you book campgrounds managed by ReserveCalifornia — despite the fact that ReserveCalifornia has “no approved vendors to operate as third-party partners,” according to Moreno.

You can decide for yourself which of these sound like the inevitable bell toll of the future and which ones sound like cheating. The salient point is that neither can be stopped. This is where we are now, whether we like it or not.

Like most emerging technological communities that no one is capable of policing, the “campground bot community” is showing signs of policing itself. Sort of.

You can find a few scattered conversations online where users justify the bots. Some counterarguments warn about the collateral damage and their potential to deny legitimate users. A hero for the rest of us occasionally pipes up that bots are “cheating people out of a fair chance to reserve a spot.”

It might not be much, but whatever internal dialogue that occurs here is probably all the policing we’re going to get; for every one competent white-hat Uncle Sam who can both afford and get to past a drug test, there are two black hats who will try to get around him (one because they actually want to go camping, and one just for fun).

On Memorial Day weekend, I realized that the only people on the Yosemite floor were either the very lucky or the very technologically literate. If we aren’t careful, they may be the only people who get to go camping anymore.

So do your camp-enthusiast friends a favor: tell them they should book six months out, right at 8:00 a.m. Or, actually, tell them to get their own bot. It’s as quick as a Google search. You just have to have a little patience, maybe $10, and, most importantly, the knowledge that this is how the game is being played now.