Buy the Newest, Lightest, Shiniest Gear Or You Could Die 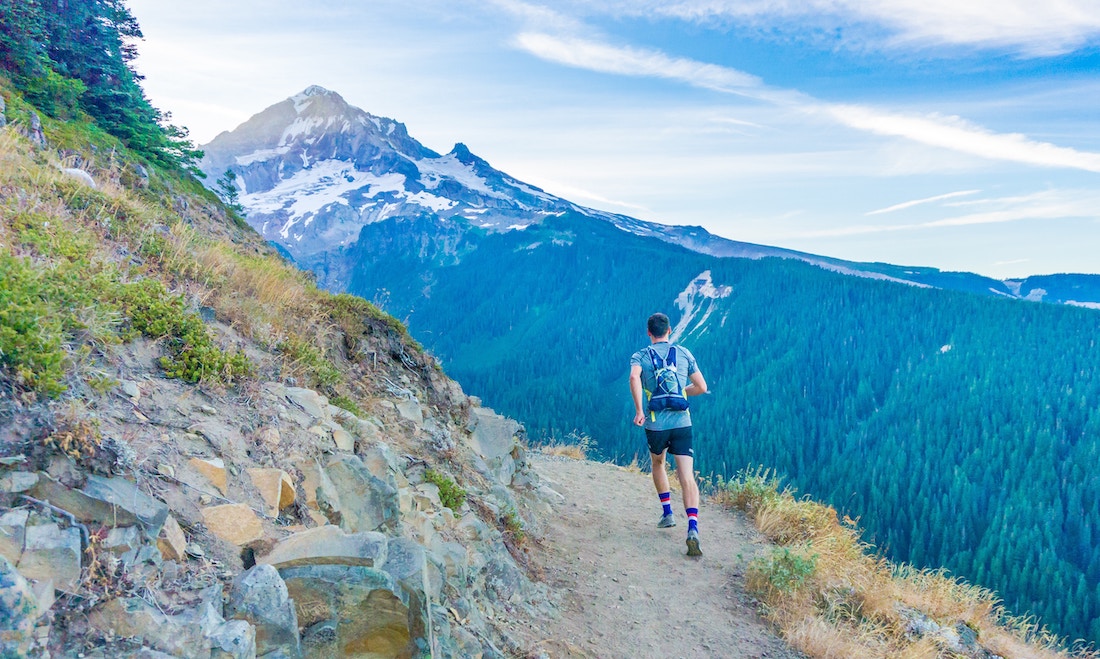 Buy the Newest, Lightest, Shiniest Gear Or You Could Die

There are more than 3,000 stories in the Adventure Journal archive, most of which are evergreen. We like to put favored pieces from the past back on the homepage occasionally, so that new readers may enjoy them, and our regular visitors can see pieces they may have missed. – Ed.

There’s a single paragraph in Yvon Chouinard’s Let My People Go Surfing: The Education of A Reluctant Businessman in which he talks about solo expedition kayaker (and grandmother) Audrey Sutherland, who at that time had paddled more than 8,000 miles around the world. One of the quotes attributed to Sutherland is one of the main things I took from the book:

“Don’t spend money on gear. Spend it on plane tickets.”

Not that you shouldn’t buy a new climbing rope every few years, or ride your bike without a helmet because that would be “buying gear”–I think what Sutherland is saying is that you don’t need the latest, greatest stuff on the REI floor to have a good adventure.

A couple years ago, I was rolling my bicycle into the Pacific Ocean after 3,000 miles of riding, from San Diego to St. Augustine, Florida. One of the big questions of the ride for me, besides “Do I have a saddle sore?” was “Is my bike going to make it?” I had bought my Raleigh Team USA from some guy in Broomfield, Colorado, for $100 after seeing it in a Craigslist ad. The bike was 25 years old when we started our ride. I had wanted to try riding that bike across the country in some sort of way of showing all the people we met that you didn’t need to be Lance Armstrong, or have his bike, to do something fun. Plus, I mean, it said “Team USA” on it.

In the end, nobody really cared about my bike besides me. But it made it, 3,000 miles, and when I got back to Denver, I put my old city tires back on it and rode it to work every day, just like I had all the days leading up to our two-month bike ride. Was the bike a little heavy for riding across the country? Maybe. Did I have to do a lot of work on it along the way? Yes. Did it make it? Yes.

Was the adventure way more memorable than the gear I bought for it? Absolutely.

This is America, and we’re constantly bombarded with ways to spend our disposable income. We need to replace our phone that’s four months old, or get a car that turns its windshield wipers on immediately when the windshield gets wet, or get a bigger, more defined television to slowly die in front of.

In the outdoors, you need gear, yes, but you don’t need all of it, all the time. A friend of mine who does about twice as much climbing and skiing as I do has about 2/3 of a reasonable rack for climbing, borrows ice tools, and has an avalanche beacon on a kind of permanent temporary loan from someone. He does have way nicer outdoor clothing than me. I am envious of his stories, not what he’s wearing in the photos I see from his trips.

When I used to work at the REI store in Phoenix, we used to have a couple of guys who would come in without fail every single Saturday. Both of them knew more about gear than I did, and they would show up and engage anyone on the sales floor for hours about the materials in this tent, or this rain jacket, or this GPS. It was like they were coming to a class to learn more about gear than anyone. Some Saturdays, I would be pretty tired of giving up all my weekends (I had a full-time job on top of my part-time REI gig) to work at the store, and I just wanted to go up to them and shake them, and say, “Your gear is perfectly fine! Go use it! Some of us have to work Saturdays – you don’t! If you want to buy something, let me sell you a map so you can pack up a backpack and go do some cool shit somewhere.”

Sometimes I hear people say things like, “I’m kind of a gear junkie.” That’s fine, whatever floats your boat. But you really don’t need to know that much about gear to do most things in the outdoors – how to fix some basic things on your bike, sure; how to use rock and ice climbing gear in a fashion that doesn’t endanger you or your partner, yes; how to operate a stove without burning down the forest, yes. But if you’re not Steve House or Conrad Anker, you can probably go ahead and climb with the fifth- or sixth-lightest soft shell, and crampons from 2004. Really. And your tent can weigh six ounces more than its closest competitor.

For the record, you know what you can buy for the same price as an Arc’Teryx Alpha LT jacket? Flights to and from Jackson, Wyoming, from Chicago in August.