Here’s Why I Pick Up Other People’s Litter—And Why You Should, Too 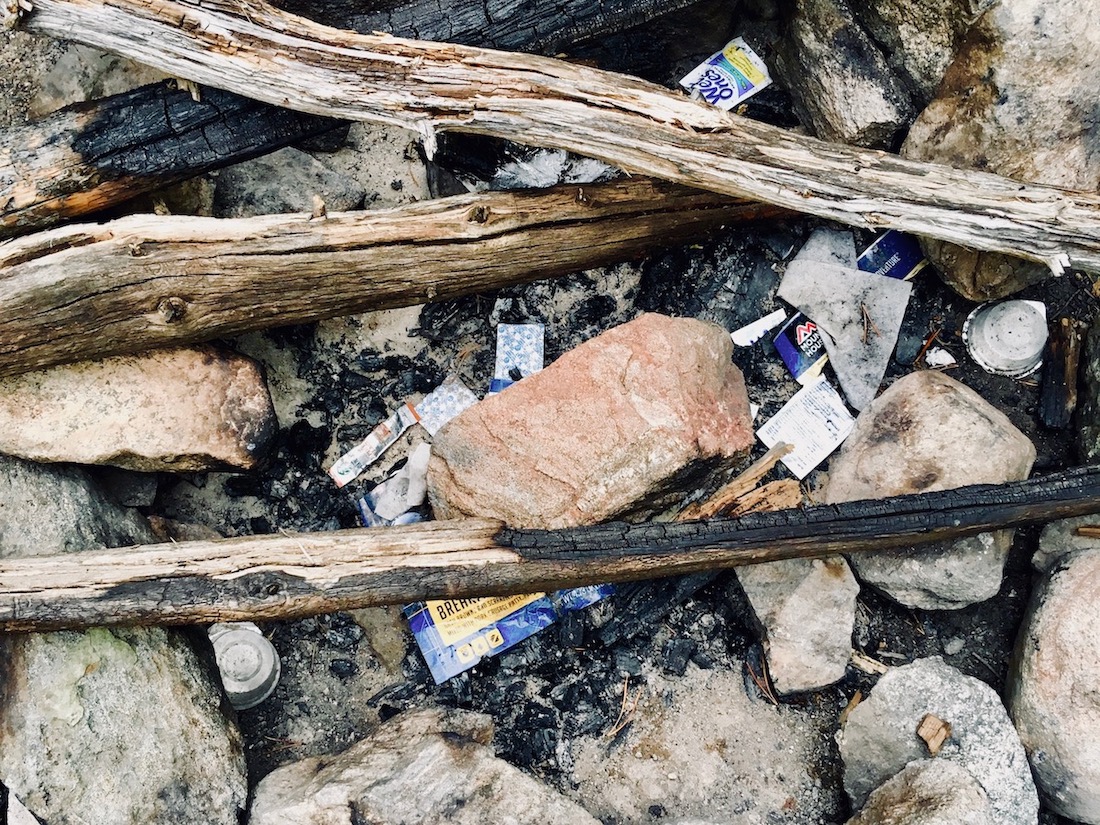 Here’s Why I Pick Up Other People’s Litter—And Why You Should, Too

Things were going well until I asked what I thought was a fairly softball question: “What gives you hope for the future?” Nouvian replied, “Do you want an answer that sounds nice, or do you want to hear the truth?” I gulped, then asked for the latter. Her response was chilling—we’d already reached the point of no return. The damage wrought upon the world’s oceans was now irreversible; all we could hope to do was simply slow its progression.

Silent on the receiving end, I gulped again, then maybe twice more for good measure.

It’s overwhelming to consider the scope and scale of environmental degradation experienced even in our lifetime. It’s not just ocean health, but a host of other issues: climate change, species extinction, natural resource depletion, ongoing environmental racism, and so much more. It’s equally overwhelming to figure out my own role in collectively working toward a healthier planet, which means that I’m bumbling through it like the next person who is not, say, an award-winning, policy-changing, movement-fronting environmentalist.

So that means I read. Listen. Talk. Donate. Volunteer. Research. Write. I evolve my thinking, alter my habits, hopefully learn a few things, and maybe even help change a few other minds along the way. But I’ve also found a tiny speck of hope—that stuff that seems so very difficult to come by at times—in a small, quiet action that I can take every single day: picking up other people’s litter. I know, I know—scooping up a spent Starbucks cup isn’t going to save a sea turtle, level our rising seas, or purify the Flint water supply, but hear me out.

I’ve always been both a worrier and a bit of a starry-eyed idealist. In middle school, I launched the People’s Environmental Club (or as we called it, PEC, because we were the sophisticated type of kids who liked acronyms) with my buddy Erik. Our sole project was snapping up candy wrappers and other stuff we found discarded around the Boys’ and Girls’ Club grounds, which we planned to bury in a “time capsule” that we could dig up in a few decades. (As it turns out, they ended up in the trash, which was probably a better outcome, honestly.) 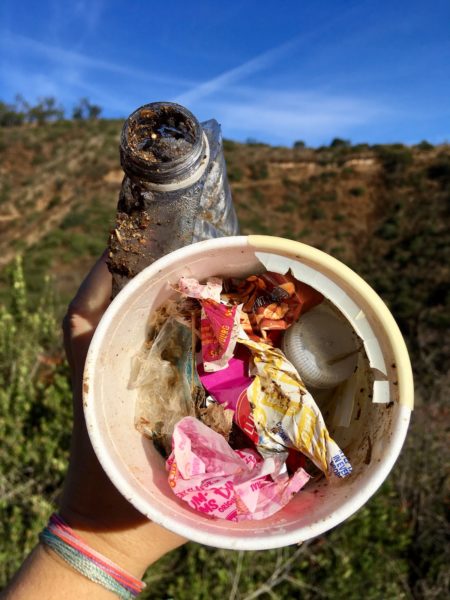 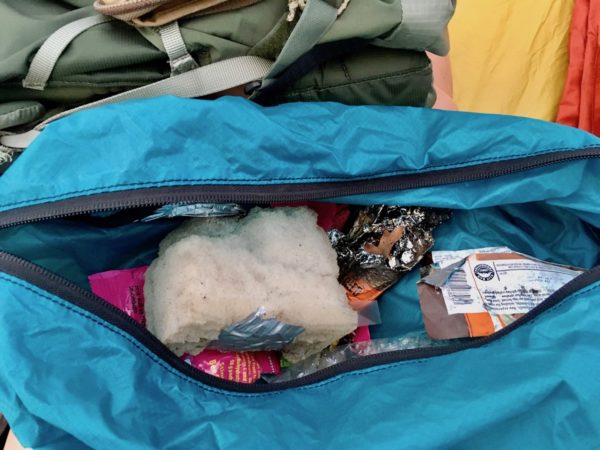 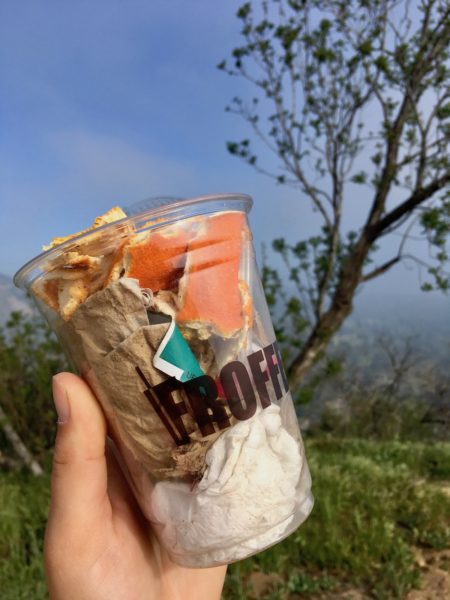 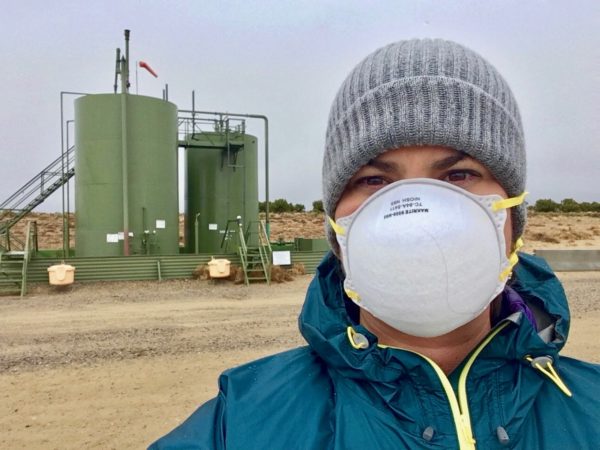 In high school, when I was highly enamored of the Natural Wonders store at the mall and owned at least one non-ironic wolf T-shirt, I read Silent Spring and Walden, could recite The Lorax by heart, and wrote a lot of really awful poetry about how the royal We needed to save The Trees. In college, I taught outdoor education during the summers and forged my mom’s signature (I was 17 during my freshman year; also—sorry, mom) so I could attend an environmental conference five states away. This sort of goofy, but well-meaning do-gooderism bled into adulthood.

It wasn’t long until I moved into more committed actions, including donating both time and money to organizations fighting for environmental justice and policy change, but it never quite satisfied the itch to participate in something that offered immediate results, a sort of impossibility when you’re hoping to make a dent in, for example, the sprawling beast that is climate change.

Then I heard about Granite Gear’s Grounds Keepers program. Inspired by the Packing It Out project, which launched in 2015 when a trio of hikers cleared over a thousand pounds of trash from the Appalachian Trail while traveling its length, the brand decided to sponsor a crew of thru-hikers who would do the same on long trails around the country. The program has since expanded to include non-backpackers who pledge to clean up not only trails, but also green spaces and waterways—people who are also trying to do something, anything. As of this writing, they’ve hauled away a staggering 6,630 pounds of litter from natural places.

I served as a Grounds Keeper during the program’s inaugural year, sweeping the Colorado Trail as I traveled southbound during the summer of 2017. I carried a litter grabber (sent home at the first opportunity; my own grubby paws proved more efficient) and a small bag latched onto my waist belt. Inside, I dumped bits of shiny foil, full wrappers, mysterious plastic bits, spent batteries, wads of tissue, fishing line, and so much more, discarded by folks who either weren’t aware that they’d let something drop, or didn’t particularly care. Other things didn’t fit inside—single-use plastic water bottles, in particular, but also a freshly laundered bike chamois that some poor bikepacker lost while careening downhill during a particularly lumpy stretch.

The exercise became routine, almost Pavlovian—I’d spot a glint in the bushes, stop to retrieve my quarry, then receive an ever-so-slight hit of dopamine. I’ve done a good thing. Smile, walk, repeat. But even more meaningful was the effect my exercise in litter patrol had on others. There was my hiking buddy, MacGuyver, who went from simply pointing out refuse to becoming my accomplice, stuffing trash in his own pockets as we walked. And the countless people who caught me in action and asked why I kept interrupting my hike—and why I was purposefully making my load heavier. After I answered, some of those folks said that they, too, would commit to keeping an eye on the ground.

All told, I plucked a few pounds of litter over the course of a few weeks on trail. Two years removed, I continue the mission—during my morning hikes in a nearby park, while camping in the backcountry, and even along the Los Angeles River, both with an equally optimistic friend and as part of larger community cleanups. It still feels good every single time. And people still stop to ask what I’m doing.

Sure, picking up a few pieces of litter might seem nearly inconsequential when you think about the big picture. But here’s the thing—it feels tangible. Immediate. It’s something I can do every day, and something that can inspire others to perhaps view their immediate environment a little differently. To give back. To care. And ultimately, to feel just a little less overwhelmed.