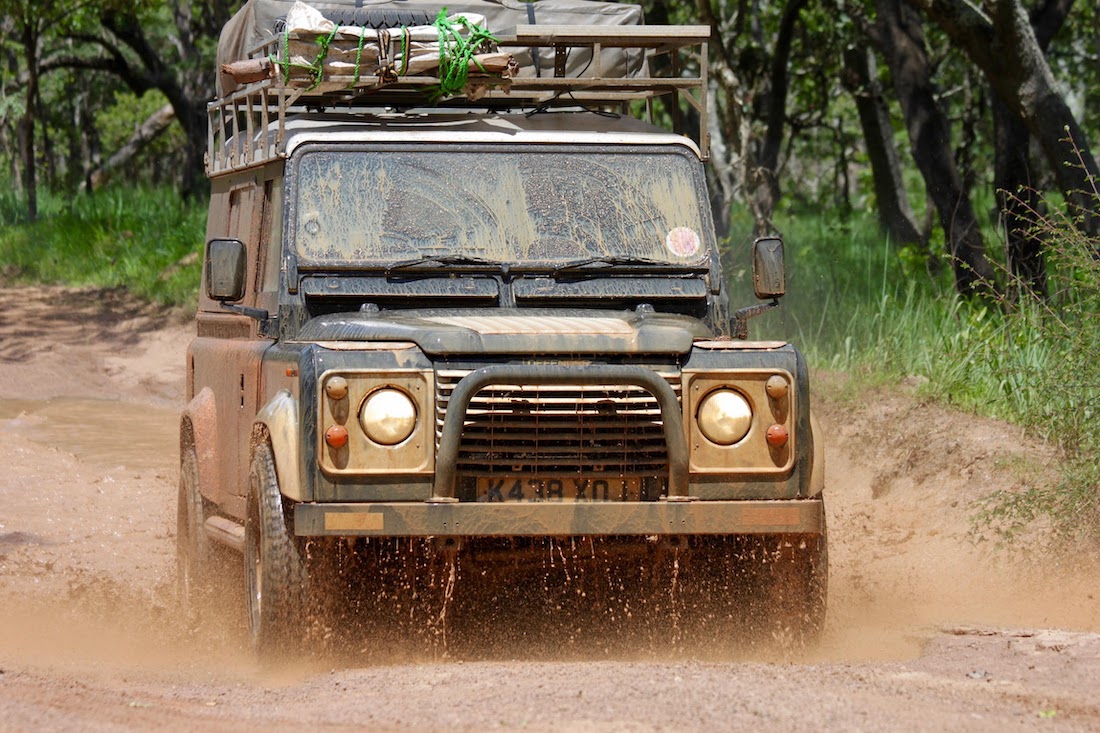 There’s just something about a Land Rover Defender. They aren’t plush. Not particularly comfortable to drive. They rattle. Wind noise is absurd. They’re a particularly frustrating combination of bare-bones and finicky. Nevertheless, they’re a unique kind of wonderful. A Defender will crawl over just about anything and look incredible doing it. While the more refined Range Rovers are notorious for breaking down in the urban world, Land Rover Defenders have a plucky stoic quality to them—if you’re driving somewhere remote, where you really, really don’t want to be stranded, you wanna be in a Defender.

Yet Julie and Steve of Venturesome Overland really wanted a Land Cruiser. Though they’re technically based in Missoula, Montana, they’ve been living in Botswana for some time, exploring the African landscape. Julie is a photographer, writer, and librarian, and Steve is a wrench-turning adventure junkie. Both are overlanding veterans.

They were looking for a Land Cruiser as an overlanding rig, but then up popped this Defender for sale in Ethiopia, offered at the end of another adventure team’s African journey. Julie and Steve decided to fly across the African continent to buy it and drive it back down to their home in Botswana. If you’re a Defender appreciator, prepare to feel a gnawing itch of envy. 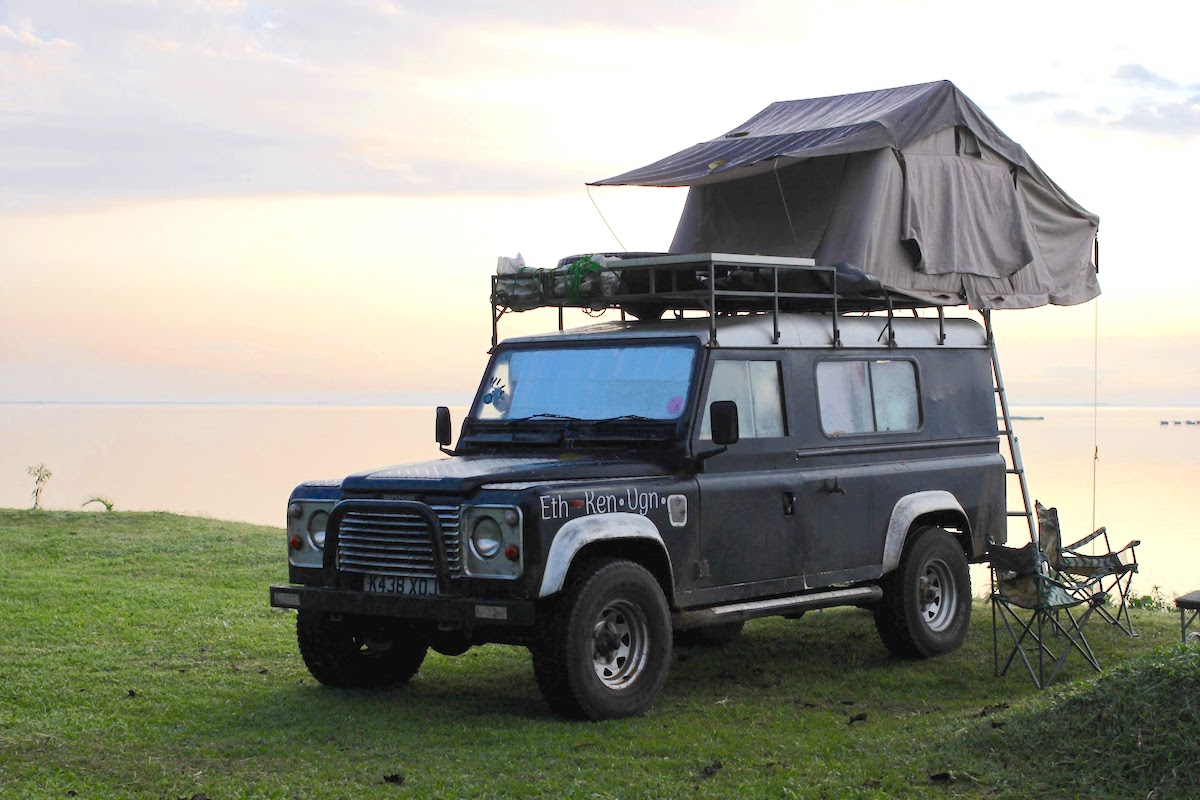 Does the vehicle have a name?
Her name is Toto, christened without irony in honor of the band, (Famed for their song “Africa”) but also for the true hero of the Wizard of Oz. However, she has had a few other names in her past lives as an African adventure vehicle, including Harvey and Henrietta.

Years owned?
We’ve had her for only four months! 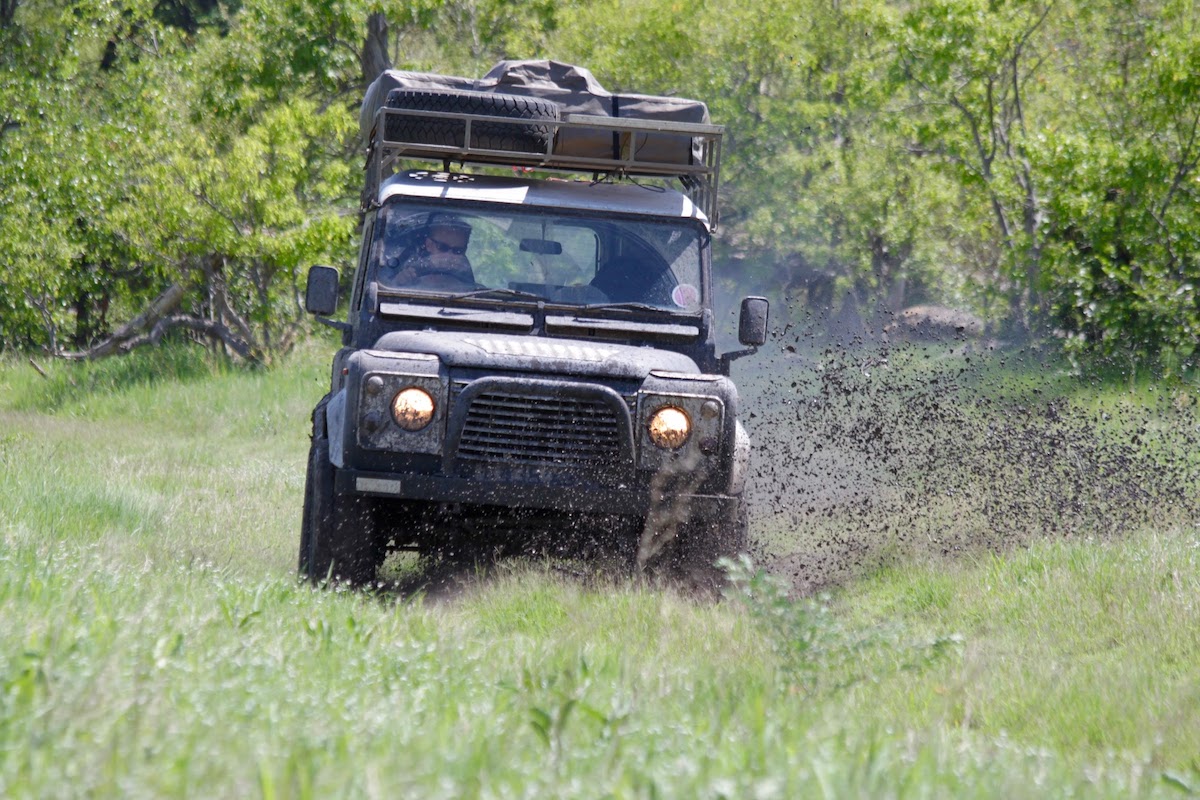 How did you get it?
The Overland Buy and Sell Facebook page, part of the Overland Sphere online family, is a great resource for world travelers looking for a vehicle. The classifieds are usually populated with rigs of all kinds in South America, Europe, and the US, but one day I stumbled on the ad for Henrietta (as she was known at the time). Two Americans were wrapping up their African adventure from Cape Town to Addis Ababa, Ethiopia, and they were looking to sell the Defender in Addis before flying home. I gave the ad a “thumbs-up” and an hour later out of the blue Julie texted me – “did you see that Defender on Facebook?!” Three nervous weeks later, after a buyer ahead of us bowed out, we were the owners, sight unseen, of a UK-registered Land Rover Defender, located thousands of kilometers away, in a country we had never been to.

Was Toto already kitted-out for African overlanding?
Toto had already finished a lap and a half of Africa and Europe when we bought her, so we benefited from the most important modifications done by the previous owners. These include the baseline mods that make overloading so much more comfortable and fun: custom-built storage, a 55L tank for fresh water with an electric pump and full filtration, 80W of solar power connected to a dual battery system, a Snomaster 42L 12V fridge, LED interior lights, and a roof-top tent. Other than a comfy set of excellent ExMoor Trim front seats, Toto is basically stock! But that’s bound to change. 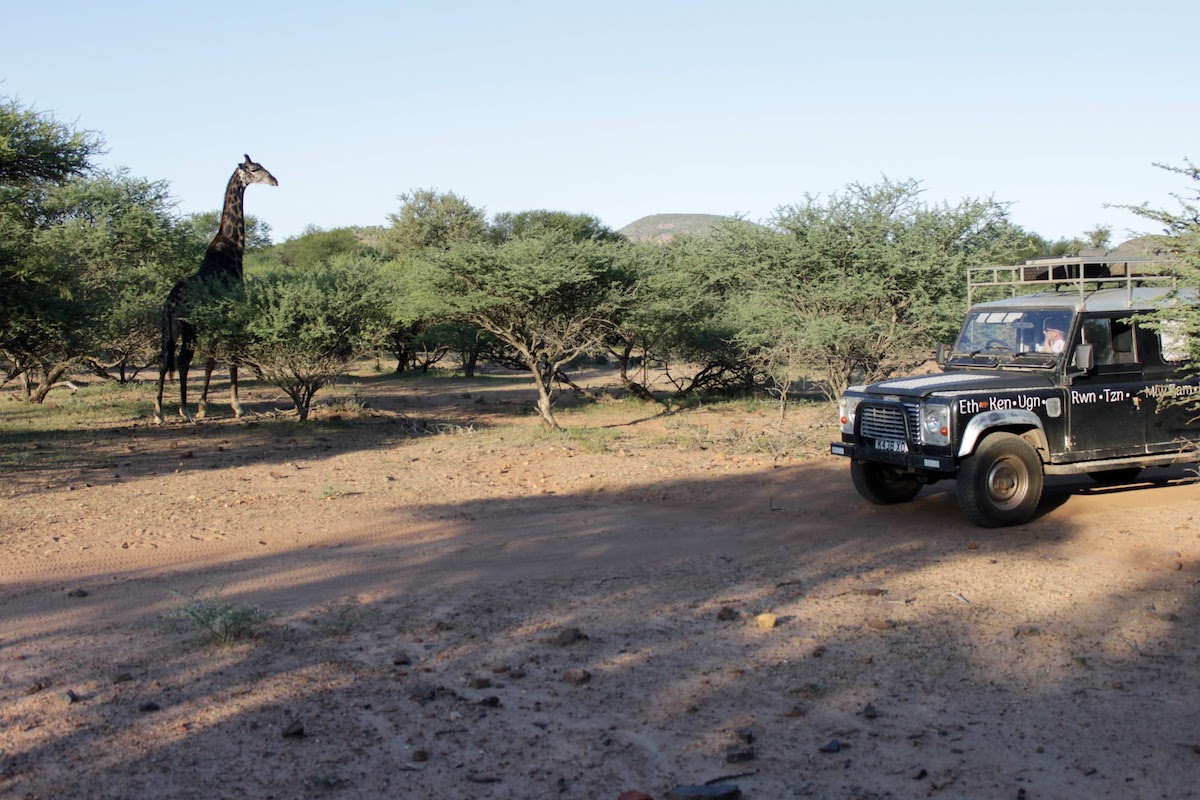 Will you be doing the work on the truck yourself?
Yep. So far, we’ve only had to do basic maintenance, adding some sound deadening, and upgrading the headlights—the other modifications were done by the previous owners.

What’s Toto’s travel history?
Toto started life as a bare-bones commercial vehicle in the UK. Two Brits bought her, threw a tent on the roof, and headed for Cape Town. After changing hands in South Africa, she motored back to Ethiopia, where we picked her up to return to Botswana, which is where we currently live. With our own hands on the steering wheel, Toto’s visited 11 countries in Africa so far, including Tanzania, Mozambique, and Zambia, among others, and she’ll see at least two more before we bundle her up in a container and ship her back home to the US. Including her European escapades, she’s been to well over 20 countries. 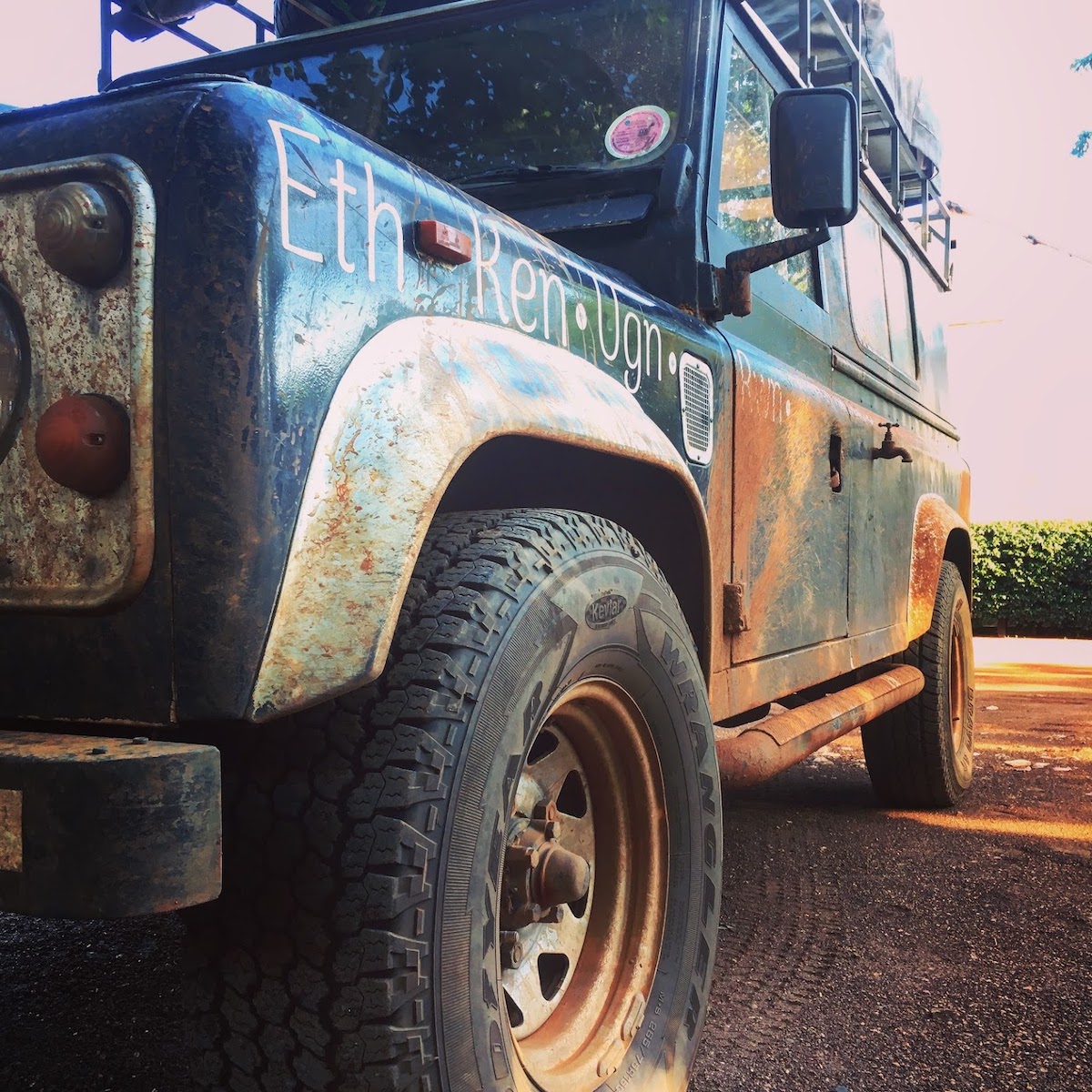 Craziest/most complicated offroad repairs?
Running counter to the usual Land Rover narrative, we’ve never had a single major issue with Toto! The most complicated repair I’ve done in the field was to change out a broken lower shock absorber bushing at a campsite in Zambia. With luck, things will stay that way.

Special mods/security features for international travel?
The most useful security feature her persona. While she does draw a lot of attention (everybody loves a Land Rover), she doesn’t present as a particularly fancy overland rig, bursting with valuable and expensive equipment. She is pretty rough around the edges, and she looks and sounds like an honest, hard-working truck, not necessarily a target for theft or other mischief. Of course, we have a couple of hiding places where we can keep cash and valuable documents, but common sense, good communication, and self-awareness are the best ways to stay secure when you’re traveling in international contexts.

Were you dead set on getting a Land Rover for African travels?
At first, we had our hearts set on a 1980’s-era Toyota Land Cruiser 70 Series that had also seen a lot of truly legitimate African travel over the years. Expedition Portal actually ran a feature article on it. It had an Australian-made pop-top camper and plenty of character, but we were beaten to the punch on that vehicle by the Land Cruiser Heritage Museum in Salt Lake City. However, we are now fully down the rabbit hole that is the Land Rover cult. We think Toto will be our forever adventure vehicle, and we can’t imagine planning our future trips without her. 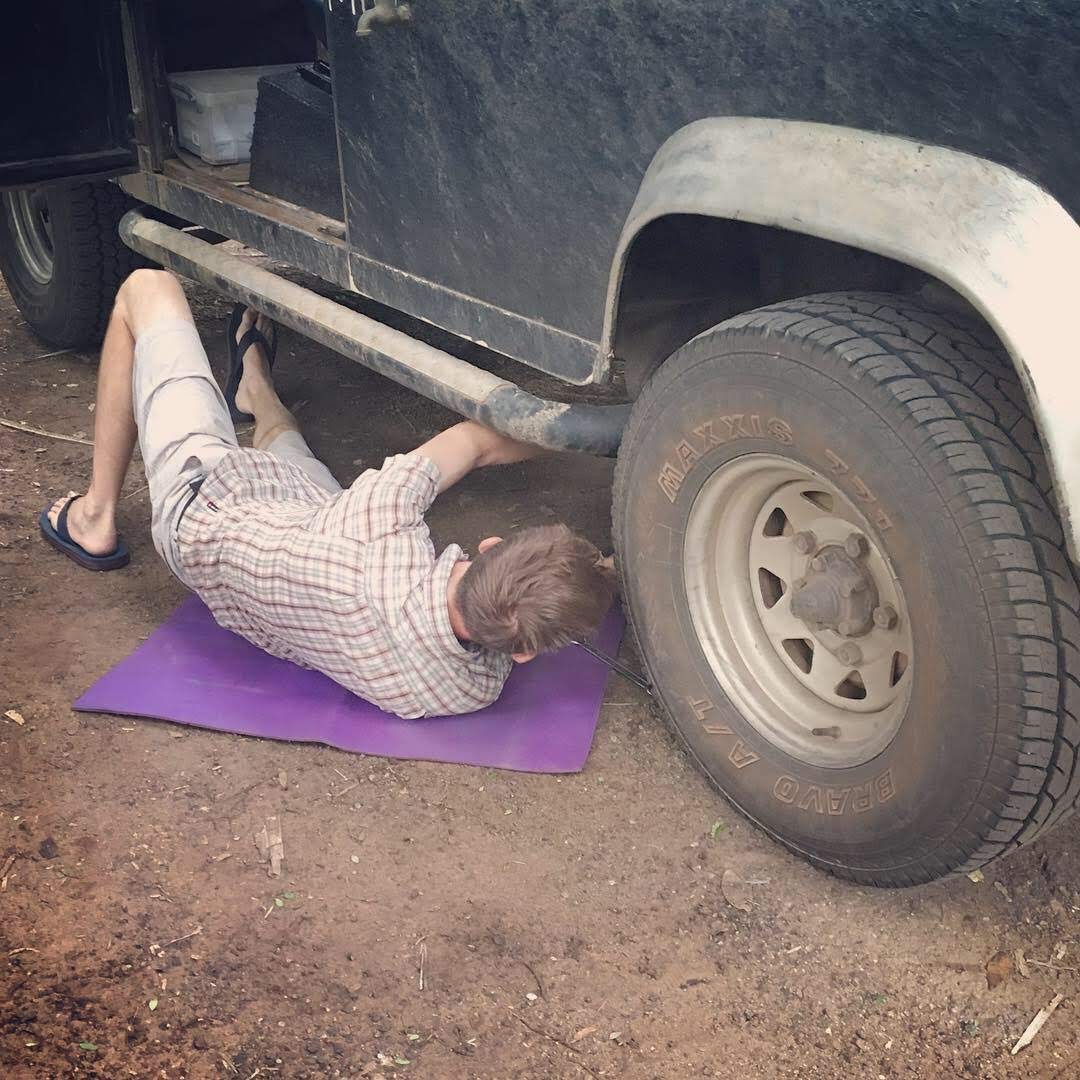 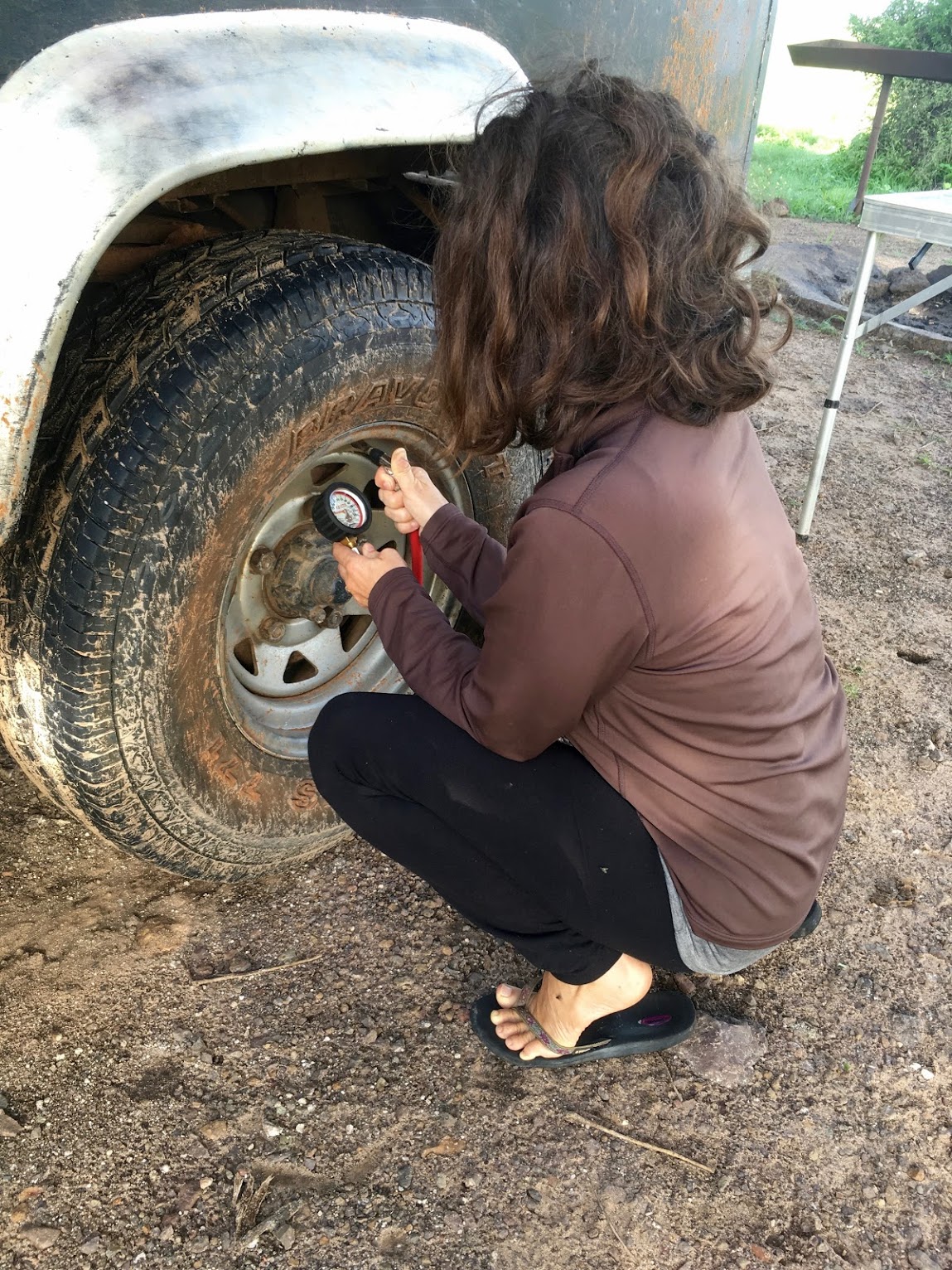 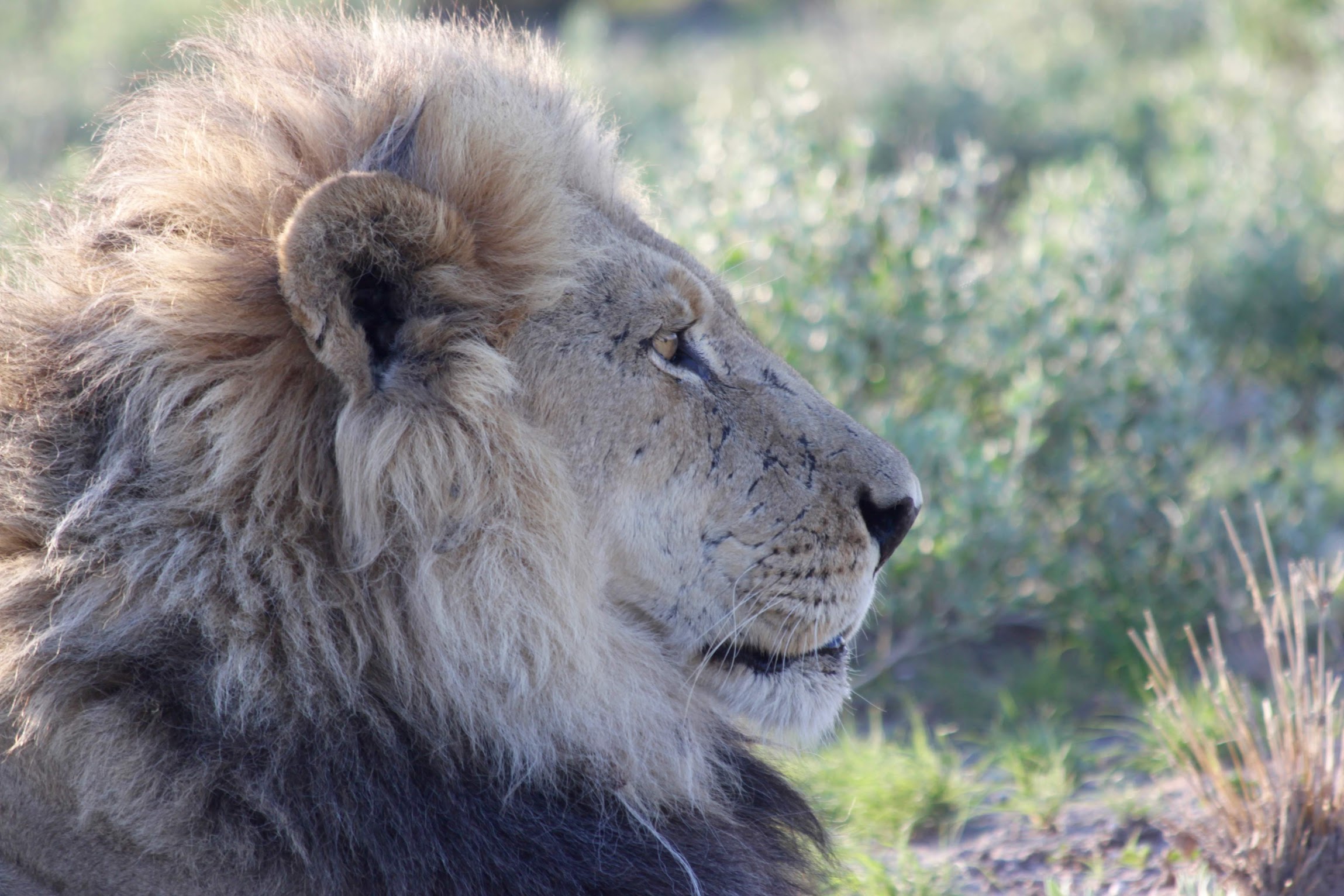 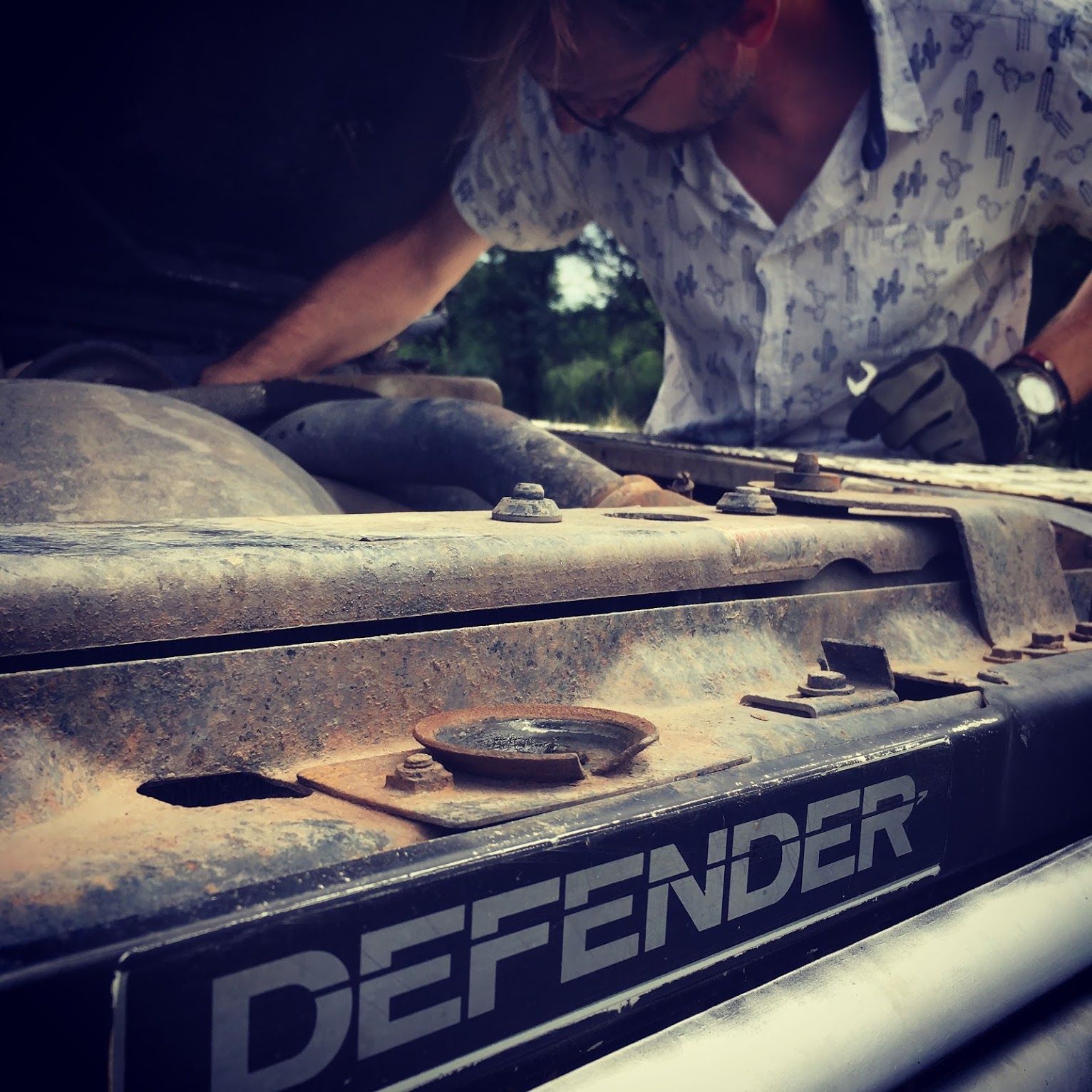 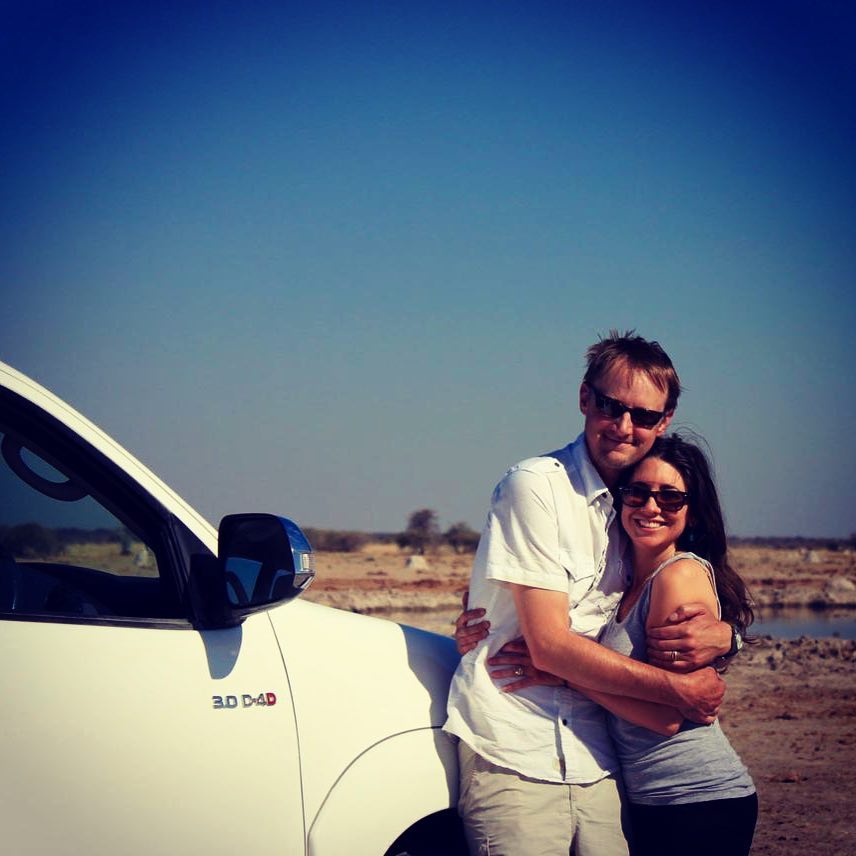