Meet Anita Naidu, the Bike Pro Activist Who Wants to be an Astronaut 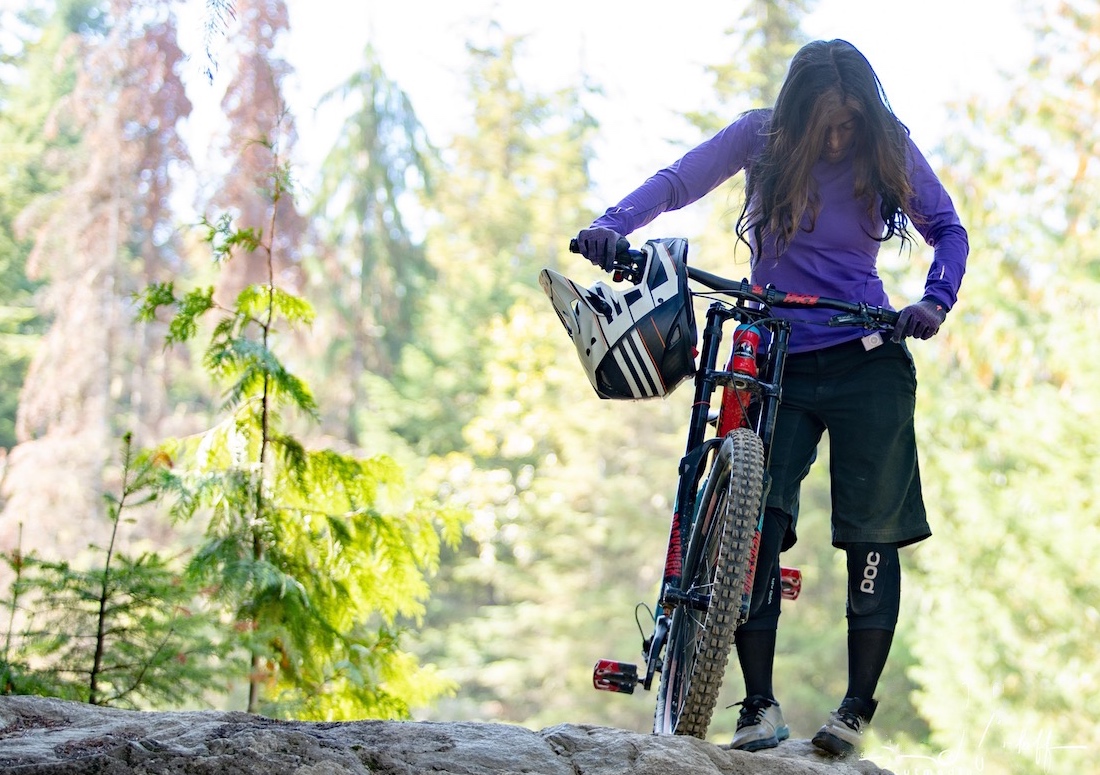 Meet Anita Naidu, the Bike Pro Activist Who Wants to be an Astronaut

You will run out of fingers before you can tick off every item on Anita Naidu’s ever-growing list of accomplishments.

Naidu, who is based in Whistler, B.C., is an award-winning humanitarian, engineer, and motivational speaker who helped develop an app called Services Advisor that connects refugees with crucial services like medical help and shelter. She is also a professional freeride mountain biker, sponsored by a slew of brands that include Rocky Mountain Bikes, Troy Lee Designs, SRAM, Rockshox, and CLIF Bar.

Oh, yeah, and she’s also hoping to be picked as an astronaut by the Canadian Space Agency after meeting their recruitment qualifications. 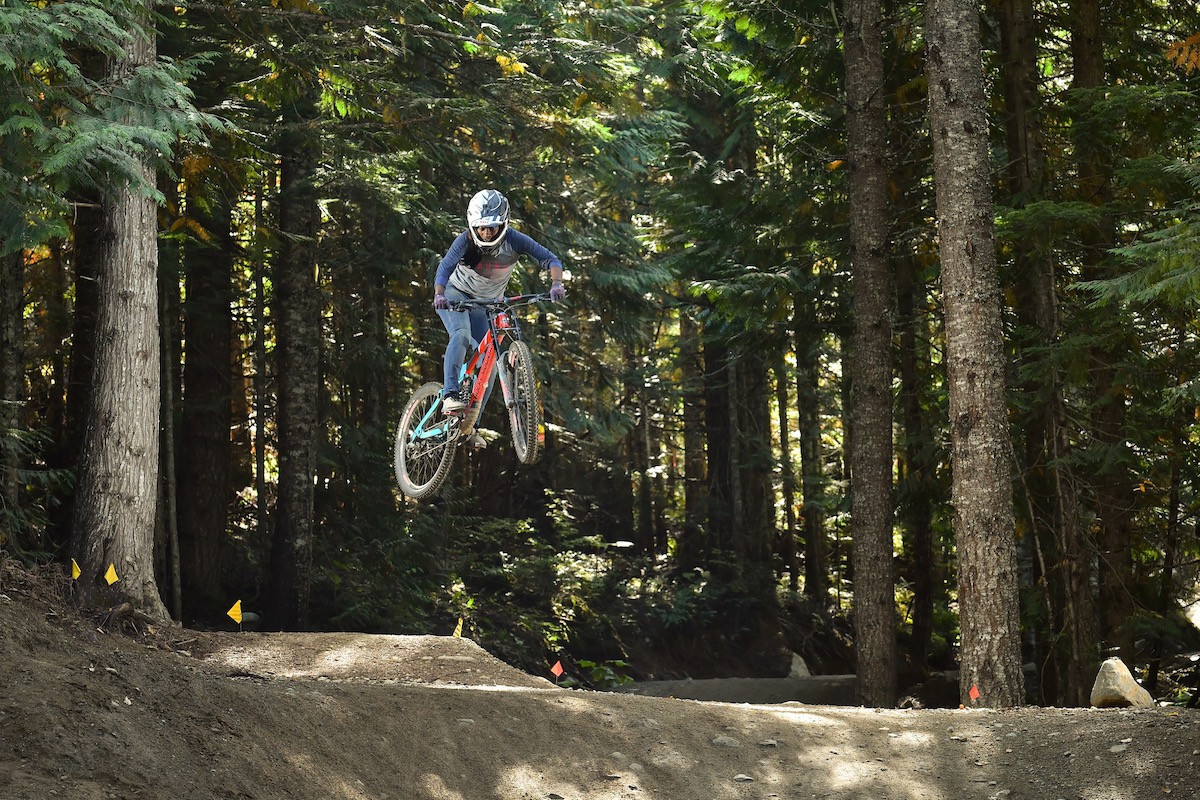 While her talent offered Naidu the opportunity to compete at a high level, she now relishes an even more important role in the sport—as world-renowned coach. In her popular workshops and low-cost clinics, Naidu is able to mix her love for the technical aspects of mountain biking with her drive to create social change and facilitate empowerment. “My favourite aspect remains being part of other people’s triumphs,” she says. “Equipping people to negotiate their internal train of thought, overcome their fears, and conquer their discomfort brings me unparalleled joy.”

Naidu was recently named as one of the “World’s Most Adventurous Women” by Men’s Journal. She considers it an honor, but also recognizes that it carries both a responsibility and an opportunity to challenge norms. “It’s not enough to say that one hopes the story inspires others,” says Naidu. “In this case, the recognition underscores the importance of taking the invisible and making it visible. It’s significant to be the only person of Indian origin on this list, but it would be a huge personal and societal failing if I am the last.”

In contrast, she is one of sixteen female adventure athletes of Indian descent featured in the upcoming documentary Project Wild Women, produced by Inspire Crew. While the film showcases plenty of adrenaline-soaked action, from surfing to ice climbing, its underlying message is even more important. “Girls face complex social pressures that can confine their access and curb interest—everything from expected gender roles, insecurity around body image, lack of support, insufficient female role models, and absence of security,” says Naidu. “It’s important that an entire culture understand how sport can change that and how if you aren’t exposed to these things, it can limit your ability to reach your full potential.”

We talked with Naidu about mountain bike culture, the power of women-only events, and the importance of striving for change.

AJ: Of all the action sports you’ve done, you chose to go pro as a freeride mountain biker because it was where you wanted to most effect culture change. How have you seen change manifest over the years, and what still needs to be done to create an equal playing field for all people interested in the sport?

Naidu: When I started, the scene was so small and there were hardly any women in freeride biking. The sport was in its infancy and bike parks weren’t yet a thing. Most people had never even heard of it and thought you were crazy for looking at rock faces and wondering if you could air your bike off them. There were so few women to look up to.

The biggest change over the past two decades has been the injection of mountain biking into mainstream culture, and female participation levels. That, of course, has impacted the culture. When I started, it was super misogynistic and “bro culture” was prevalent. You couldn’t even buy women’s clothing; as a small woman, I wore ill-fitting men’s clothing and gear for years. The culture has definitely evolved to be supportive of women’s clinics, gear, and overall needs. But it remains predominantly male, predominantly white, and cost prohibitive.

Commitment to growing a sport requires doing everything in our power to make it inclusive. The lack of representation of people of color and women in the biking media is painfully obvious. To create an even playing field, focus on participation over competition, remove artificial barriers, and do not resort to tokenism and objectification as a way of showing diversity. Have the sport reach across barriers of language, race, and economic classes by taking on athletes and ambassadors who are not only relatable to a wide spectrum of people but are very vocal and deeply committed to the goals of equality in the sport. Coaching accreditation, coaching fees, and clinics need to be more affordable. Bike brands must become culturally competent and diversity training should be mandatory. Don’t dismiss the concerns of underrepresented people and diminish the achievements of women. Have the hard conversations. Do not lead with answers but with uncomfortable questions. 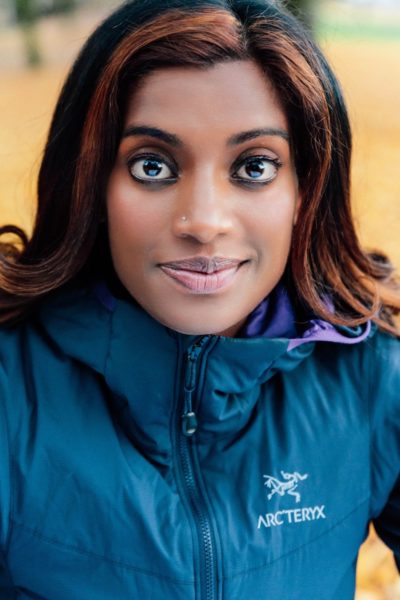 You lead a lot of women’s mountain biking clinics and workshops. Why is it important to offer female-focused events, especially in the mountain bike world?

It requires minimal conscious to recognize that women are hungry for change. And such progress doesn’t arrive naturally—times change because we change them, because so many of us have lived through the worst of it and are back to fight. Feminism and challenging privilege is needed now more than ever, and female-focused events are another necessary effort to have women swarm traditional spaces like sports, especially gravity sports. It provides safe spaces and accessibility, removes artificial barriers, and forms an arena where they can dictate their own terms.

So many women who show up at my events tell me this is a second act for them, that they have either raised families or are tired of training with the guys or need a sport that is an escape from a hectic, overcrowded life. There are moms who are coming up for breathing room now that their kids are school-aged, others who are trying to podium at enduro races, and those who have just retired. The common theme is that it’s more than just fun for them; they are investing in themselves, their well-being, and their futures.

In addition to your participation in action sports, you’re an engineer, you engage in humanitarian work, and you’re an aspiring astronaut. What common threads tie together all of these interests—or conversely, how does each contribute to the whole of who you are?

There is an immutable connection between these pursuits. For me, it’s about reconciling individual efforts with society’s needs. I’m compelled by some inner compulsion to reshape the imbalances that continue to exist. It’s more than just chasing the unorthodox, though that’s definitely part of my adventurous side; it’s about having a personal and social vision for the world and pushing that agenda relentlessly.

All these interests are interconnected by a personal belief: do not let your clarity get evaporated by real world constraints. We are told that the world is a certain way, that there are specific rules to abide by, and to not get in too much trouble or create too many waves. But life is so much bigger than that. So many changemakers get told they are out of order—but what we really need is a new order.

You’re also a public speaker. What is your favorite message to share?

Don’t be a docile part of your generation, be a revolutionary! Stand for things EVEN IF YOU STAND ALONE.

Do not put your self worth in other people’s opinions of you; they are not the final say in who you are. Focus your energy on building the world and fulfilling your highest potential as a human being. The greatest threat to this is curating your public image for social media popularity. Reputation is important, but your social media constructs and followers will never meet your psychological needs. So, don’t get good at the wrong things. Find your morale in what you are trying to achieve long-term. Some things are worth starting even if you fail at them or even if you don’t achieve them in your lifetime, because you can pass on the torch as legacy. And in this, your greatest contribution is never behind you. 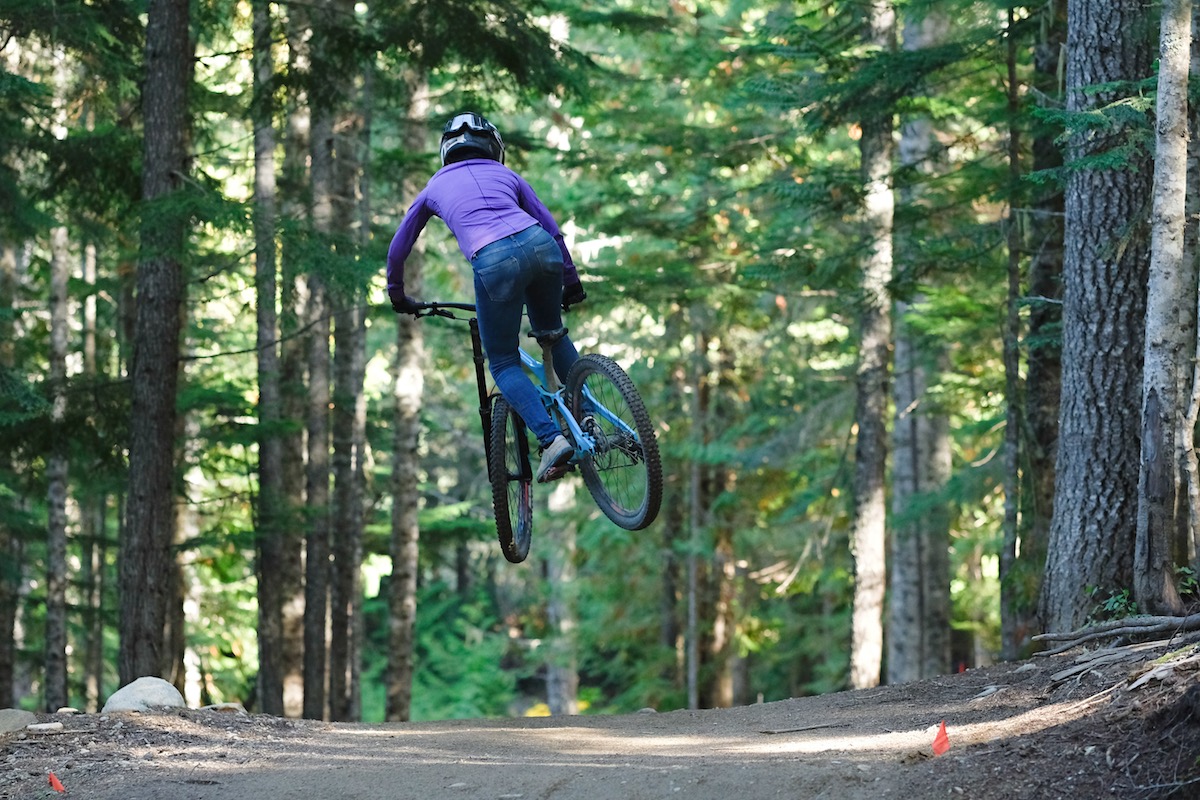 You’ve spoken about how as a kid, you were the only Indian girl you knew who pursued things like mountain biking and skateboarding. What drew you to those kinds of activities—and then what made you decide to really go for it, even when societal, cultural, or perhaps family views might have suggested that wasn’t something you should do?

So many kids from eastern cultures face the crushing weight of modernity colliding with tradition, and I was no different. However, I took pride in being fantastically disobedient (still do!) and learned quite young that you need to eschew public opinion to accomplish anything meaningful (and to have any fun!).

I was too impatient to wait to become the person I wanted to be, to wait for the world, the east or the west to give me the “GO” signal. I innately knew I had to go first; it was the only way to change the perception of brown girls and challenge what is expected of us. There was no way anyone back in the ‘80s or ‘90s was going to say, “Ah, you know what we really need? We need small brown girls to be leaders and chargers—let’s invite them to play gravity sports, to be astronauts!” There was just no spot available to me in the playbook, so I had to write my own amended version of it in hopes that anyone who follows might have a relatable example.

What advice would you give to others who are interested in pursuing activities, goals, and dreams that might seem outside-of-the-box or unavailable for them?

Do not be afraid to be controversial! Don’t just show up at the table; shake the table like an earthquake! Do not fall prey to the idea that something is only important if other people know you are doing it; do not wait for anyone’s acknowledgment. The slow, steady, silent march toward personal and ethical goals is underestimated in today’s world of social media, but it is the key to long-lasting satisfaction. And mostly, protect your sense of self and sense of justice from those who try undercut them, because developing consciousness is more important than ever before. It will take your pursuing the unorthodox to start movements—and movements are how we change the world.