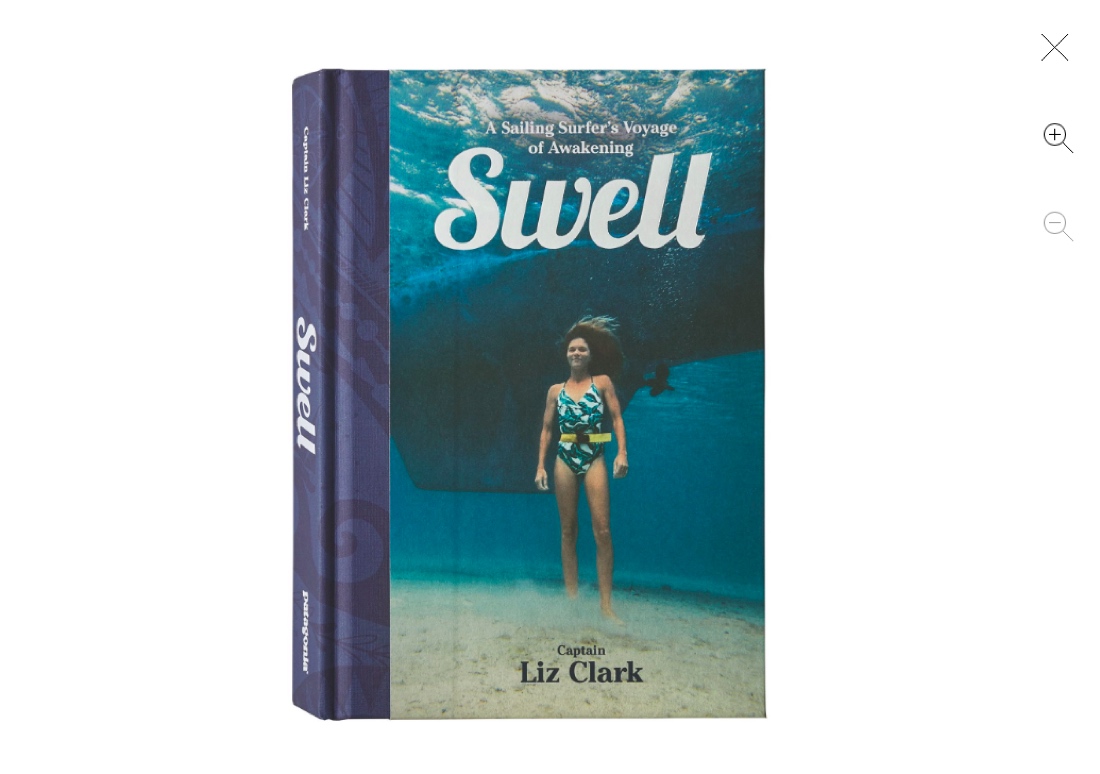 Liz Clark, a native of Southern California, has spent the past 12 years sailing solo around the world on a 40-foot boat, called, apropos for a former competitive surfer, Swell. Well, okay, she has a cat on board. And friends and lovers have joined for a trip or two. Her mom was along for a few hundred miles. But, for the most part, she’s been the solo sailor before the mast.

From her first frightened moment leaving the comforts of harbor in her wake, to driving through storms for days on end, to making white-knuckled sail repairs in heaving seas, being awakened by the sting of a centipede on her bare belly, to the thrills and jealousy of romance at sea, to ruminations on the landlubber society she’s missing out on, Clark has lived an incredible amount of life over the past decade or so.

Her new book, Swell: A Sailing Surfer’s Voyage of Awakening, dives deeply into every aspect of her incredible journey and will have you checking into local sailing classes and stocking Dramamine in your medicine cabinet.

You may have heard of Clark already. She’s run a blog chronicling her journey, called Swell Voyage, for years. Clark’s been featured in plenty of interviews with surfing and sailing magazines and was a National Geographic Adventurer of the year in 2014. Patagonia has sponsored her travels for years and put her on their ambassadors list (they also published her book). Clark also wrote a beautiful, heartwarming tale for Adventure Journal about her feline companion, Amelia the Tropicat, in the third issue of our printed quarterly.

Swell (the book) can be an astonishing read. It’s one part coming of age memoir, one part rip-roaring adventure on the high seas tale, and one part meditation on what it means to live an intentional, off-the-beaten-path life.

Fresh after graduating college, Clark was a bit aimless, as most of us are in our 20s, when a retired, avuncular professor dropped a 40-foot sailboat into her life. He was too old for voyages on the high seas and wanted to live vicariously through Clark. They spent the next two years prepping the vessel, Clark taking crash courses in rigging, boat maintenance, navigation, and nerve-building as her departure date grew closer.

When Clark pushes off, sailing at night past the winking lights of San Diego and Tijuana, heading south into a great unknown of storms, night terrors, financial insecurity, and general doubt, there’s a moment of trepidation—she briefly considers the immensity of risk and almost turns back.

For the next decade, Clark covers some 20,000 nautical miles. A talented surfer, she scores tremendous reef pass waves in some of the world’s most beautiful places. She becomes an equally talented open-water angler, routinely snagging bluewater fish for meals. Adept at making friends, she pulls into dinky foreign ports in the South Pacific and chats up the locals and expats over raw fish lunches. She even meets exotic lovers. 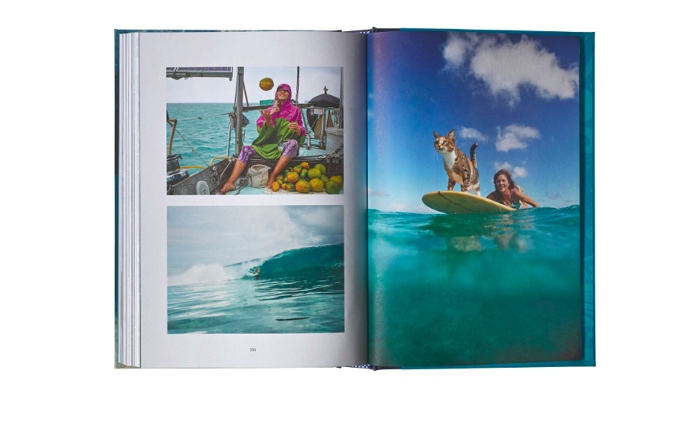 But it’s the freaking storms that draw the reader. Storms that toss Swell around for five days at a time, threatening to snap the mast, occasionally ripping the sails, obliterating the rigging.

Her descriptions are riveting.

“In another instant, the monster blindsides us as the swiftest, fiercest paw of wind I have ever felt. The boom smacks tight against its tackle and Swell is instantly pushed onto her starboard side. I frantically release the mainsheet, but soon the gust relinquishes us. Another bolt of lightning breaks the darkness much too close, followed by a sharp, almighty crack of thunder. My nerves snap. ‘Daaaaaaaddy!’ I cry out desperately into the night. He can’t hear me. No one hears me. I am horribly and painfully alone.”

Clark, steely-nerved, perseveres through lots of storms like these and learns MacGyver-like skills of impromptu boat repair. She’s an impressive woman and, by the end of the book, you’d put your life in her hands on an around-the-world journey, no question.

The writing can at times be overly earnest, with the occasional lecture about the dangers of falling into the trap of western materialism, but those are minor issues.

This is a page-turner, a serious adventure chronicle, and a great summer book. Get it here.