Badass? This Guy Was the Real-Life Inspiration for Indiana Jones 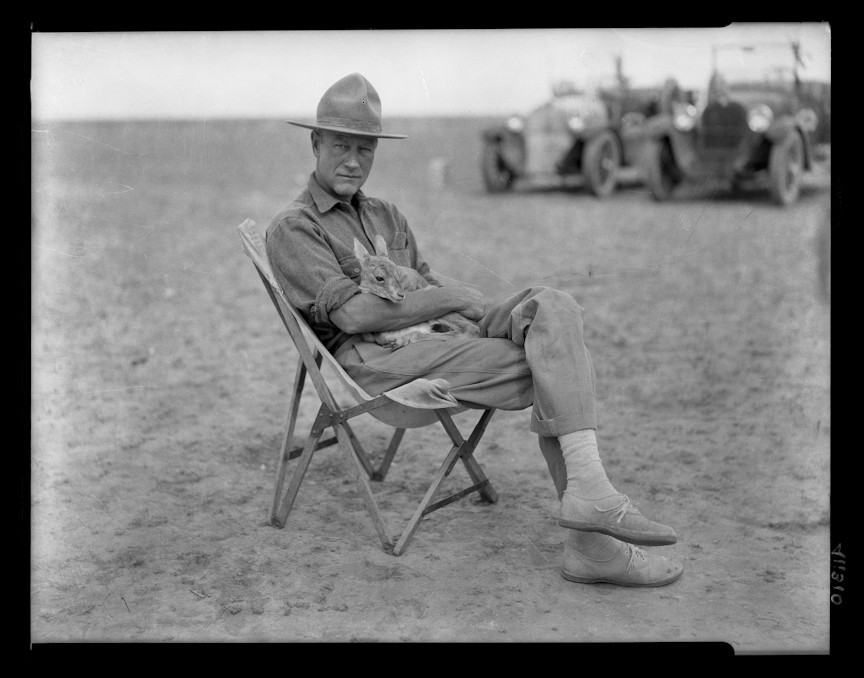 Badass? This Guy Was the Real-Life Inspiration for Indiana Jones

What would it take to inspire a character like Indiana Jones? Roy Chapman Andrews, the very personification of the swashbuckling gentleman explorer, summed it up as such: “In [my first] 15 years [of field work] I can remember just ten times when I had really narrow escapes from death. Two were from drowning in typhoons, one was when our boat was charged by a wounded whale, once my wife and I were nearly eaten by wild dogs, once we were in great danger from fanatical lama priests, two were close calls when I fell over cliffs, once was nearly caught by a huge python, and twice I might have been killed by bandits.”

Born in southern Wisconsin in 1884, Andrews spent his childhood roving the woods near his home. He began hunting birds at age nine, developing a keen interest in the natural world in addition to his skills with a rifle. In his teens he took up taxidermy—largely self-taught—and eventually paid his tuition at Beloit College by mounting deer for local hunters.

At the end of Andrews’ senior year, a curator from New York City’s American Museum of Natural History visited Beloit to give a seminar about the eruption of Mount Pelee in the Caribbean. Andrews eagerly seized the opportunity to corner him to show off his mounted animals. Although the curator was likely only humoring him, the man agreed to mention Andrews’ work to the taxidermist for the museum. That was all the encouragement Andrews needed to set his heart on relocating to New York to pursue a future working there.

Upon his arrival in New York City, Andrews made a beeline for the museum and an audience with its director, Dr. Hermon Bumpus. While Bumpus appreciated Andrews’ passion, all positions at the museum were filled. Andrews was unperturbed. “You have to have someone clean the floors, couldn’t I do that?” Bumpus grinned, and agreed.

In the years thereafter, Andrews proved his value and cultivated a vibrant and wide-ranging career as a naturalist and archaeologist. His first real task as a naturalist was to collect “every single bone” from the skeleton of a North Atlantic right whale that had perished on a beach in Long Island. He and a colleague spent three miserable days in the freezing winter surf, laboriously digging the whale bones out of some “50 tons of flesh” as it sank into the sand. They had to thaw their frozen limbs near a fire on the beach every few minutes or so. Only later did Andrews realize that the museum director didn’t think they would be able to actually do it.

His interest in the creatures piqued, Andrews spent the next few years tracking and studying whale behavior, often as an accessory to whaling stations in both the Atlantic and Pacific oceans. His efforts in Japan and Korea uncovered a population of gray whales previously thought extinct. Andrews circumnavigated the globe several times in the early 1910s, and as a curious traveler he learned to speak Japanese while staying in a famous geisha house, sampled opium in China, and mapped the subalpine forests of Korea at the suggestion of Sir Francis Youngblood. 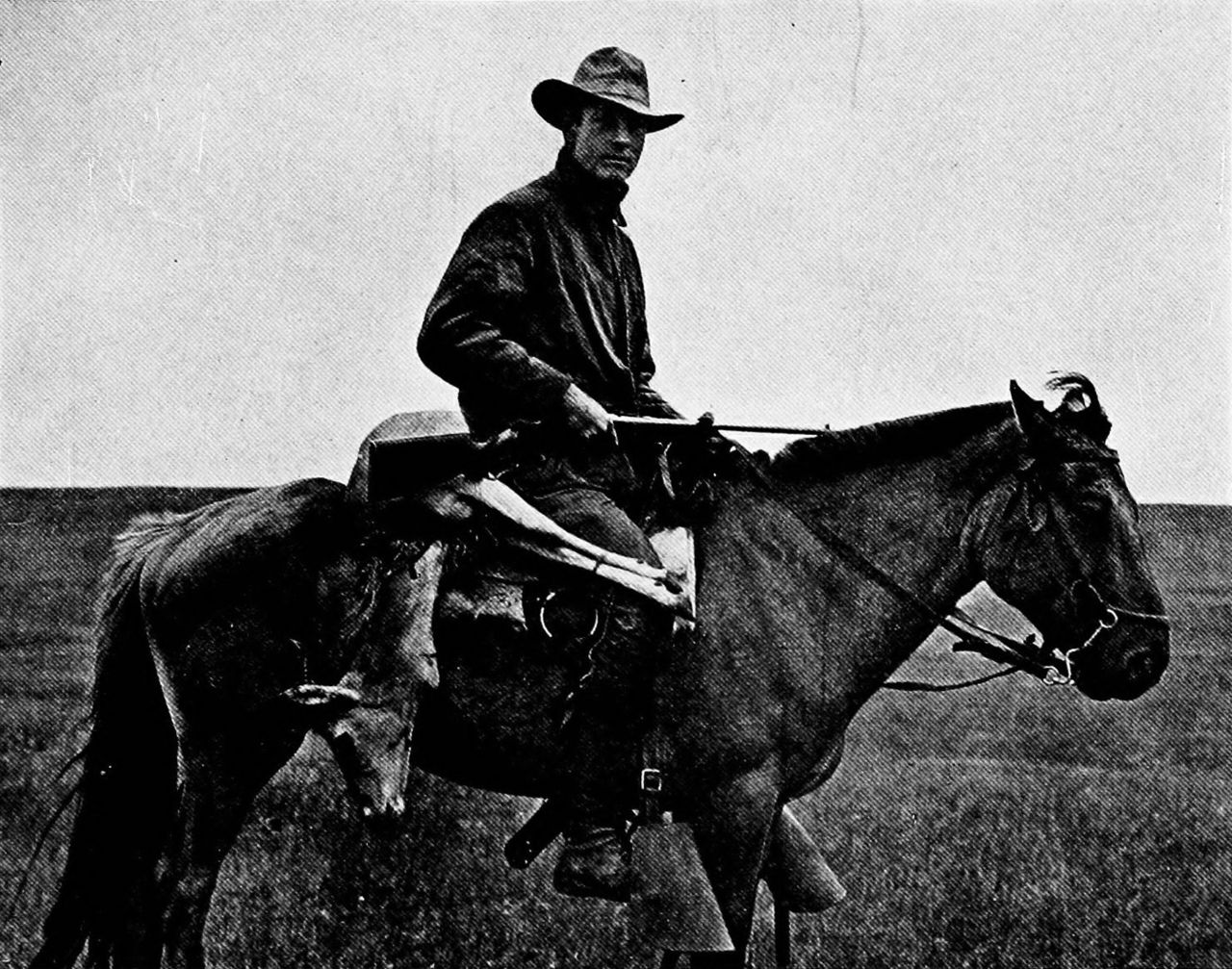 Andrews is probably best known for his expeditions into the Gobi Desert in China and Mongolia in search of early human fossils. While his search for human fossils came up empty-handed, he unearthed an incredible assortment of dinosaur and ancient mammal bones—among them the earliest known mammals at the time and the first dinosaur eggs ever discovered. The nests of eggs proved definitively that dinosaurs reproduced like modern reptiles and birds, which had previously only been speculated.

These expeditions weren’t without danger. Andrews and his party were careful to avoid the international conflicts between Russian Bolsheviks, the Chinese government, and the British Empire. Andrews went to great lengths to assure each nation that his intentions were purely scientific. In the middle of the Gobi, however, the most pressing threat was the bandits. As his vehicle crested a hill one day, Andrews came upon a group of clearly ill-intentioned men, toting rifles and blocking his path. Unable to back up the hill, he instead slammed his foot down on the gas and charged them, firing his revolver for good measure. Three of the horsemen fled immediately; the last hesitated until Andrews nearly shot the man’s hat off his head. Unruffled, Andrews continued his work.

Even sleep could be perilous in the Gobi. On Andrews’ last expedition there, a dozing member of his party caught sight of a pit viper slithering into their tent. Before putting his feet on the ground, he surveyed his surroundings and spied several more snakes coiled around his bedposts and two fully attempting to crawl all the way into his bed.  The same night Andrews’ other men found vipers in their shoes, supply boxes, gun cases – even in their hats! In total, they counted 47 venomous snakes invading their camp that night. Although Andrews had an “instinctive loathing” of snakes, he accepted it as part of the business. “To meet the popular conception of an explorer a man must have suffered cold, heat, starvation, fever, attacks from wild animals and savage natives, and must have been bitten by snakes. Snakes are essential. If you haven’t had snakes — real ones — you just can’t be a proper explorer.”

Andrews was forced to retreat from the region in the early 1930s due to political pressures in Asia and a lack of funds due to the Great Depression. Instead, he became director of the American Natural History Museum in 1934. He spent his days in the very same building whose floors he had swept so many years earlier, encouraging aspiring naturalists much the same way Dr. Bumpus had done for him. He spent nearly as much time traveling and vacationing as directing, however, and so in 1942 he retired, turning the museum over to the next generation of naturalists.

In his book This Business of Exploring, Roy Chapman Andrews summed up the harshness of exploring: “I have been so thirsty that my tongue swelled out of my mouth. I have plowed my way through a blizzard at fifty below zero, against wind that cut like a white-hot brand. I have seen my whole camp swept from the face of the desert like a dry leaf by a whirling sandstorm. I have fought with Chinese bandits. But these things are all a part of the day’s work.” Or, as Indiana Jones put it, “Nothing shocks me. I’m a scientist.”