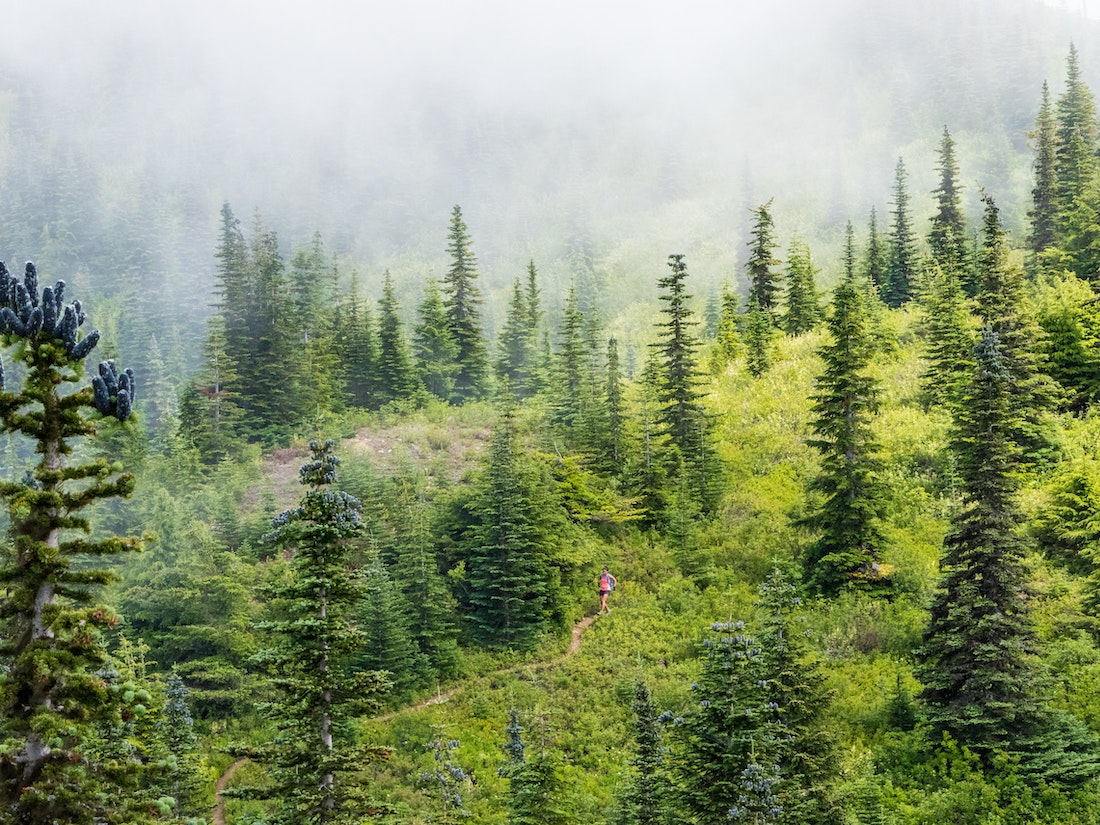 You know that bit in Forrest Gump where he takes off running, without any planning or preparation, and doesn’t stop for three years?

Some days (most) that’s what I want to do.

I can’t, obviously, because I’m expected at work every day, and because I’d miss my children, but the idea is forever alluring.

It’s not just the desire for escapism, or solitude, but the need for simplicity. The need to strip things back to the bare bones of necessity in the moment, not what you might want to do next week, or wish you’d done four years ago, and not what you’re not sure if you’ll feel like doing in a couple of hours.

When I’m miserable it’s because I’m thinking about what I might want in the future or haven’t done in the past, rather than what I absolutely need right now.

And as easy as it is to understand that, and to be conscious of the pointlessness of desire and regret, it’s not easy to shake it off.

So my plan is simple: I’m going to stop buying stuff. At least anything related to running.

For me, discontent comes when life’s too comfortable. I think this is true for lots of people, recognised or not. When we’re not challenged to meet basic needs like food and shelter, we’re left stewing in our own heads about how we feel and what we think.

I’m doing it right now, and I fucking hate it.

Thinking about how much I hate this problem is the problem itself, if you’ll excuse the doublethink.

So what could be a better cure than just running, right now, with whatever you do or don’t have?

That was how I started, and it’s something I need to get back to.

The simplicity of running was its greatest draw.

I started running regularly at the same time my first son was born. It was a response to a life that had suddenly become more defined, yet simultaneously more uncertain. 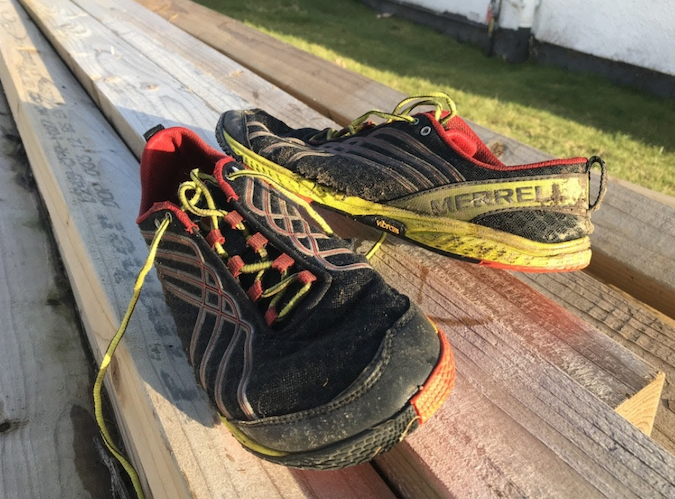 The only shoes I needed for a long, long time. Photo: Currie

For two years or more I ran with nothing other than a blue Adidas windbreaker I’d bought in Amsterdam; a pair of Merrell Road Gloves; plain black Nike shorts, and any old t-shirt. I had no watch and no hats, gloves, headbands, hydration packs, compression gear or anything else. I didn’t even bother with socks and I never took food with me, let alone nutrition.

It was great, and maybe I haven’t enjoyed running quite as much since. Or maybe it’s just the unreliable narrator of memory telling me that because of how I’m feeling right now.

I thought it was impervious to change, something I could do forever. I might run a little faster, slower or further depending on how I felt, but beyond that it would remain the same. The hills wouldn’t change and I wouldn’t need anything to get there beyond what I already had.

But that wasn’t the case.

All mostly unnecessary, and some entirely pointless.

The more you have, the more you need. I don’t think about being cold when I have no jacket, only when I’m questioning whether I have the right jacket.

Last year I think bought seven pairs of trail shoes. But it might have been eight or nine. That will seem outrageous to some, yet perhaps even austere to others. (Hi Alan!)

Some of those purchases were unavoidable. Shoes fall to bits in rough terrain and grip wears out. But if I’m honest, half of my purchases were motivated by vanity and desire more than necessity. That’s exactly the sort of culture I was trying to break away from when I started running.¹

I carry a vague sense of guilt about £100+ entry fees, carbon plated shoes, the swollen consumerism of trail running…

This isn’t some greenwashed lip-service to saving the planet, but more just my own aesthetic values and growing appreciation for sports that are inclusive.²

Running should be accessible, especially trail running. It shouldn’t be elitist like so many other sports I once loved that have now soured. Success or enjoyment shouldn’t be predicated on how much money you have.

So my plan is simple: I’m going to stop buying stuff. At least anything related to running.³

How long for? Who knows. A while. I think I’ve got enough kit for most eventualities and a good quiver of shoes to tide me over.

It’s not exactly monk-like repentance, and it’s not intended to be. It’s just a wish to scale things down a bit and to keep something that’s within my control as simple as possible.

It’s also not a desire for stasis. There’s no joy in that. I understand that change is part of what keeps life interesting, and there might be nothing worth falling in love with that doesn’t change.

It’s more about coping with change in other aspects of life by simplifying what you can. It’s about understanding that sometimes you’ll get blown off course, but at least you’ve got a hand on the tiller.

1. I’m aware this could be a lot worse and makes me sound like a condescending puritan dickhead, but it’s not like buying shoes is my only vice!

2. Incidentally, the hypocrisy is real: my shed is crammed full of surfboards, snowboards, skateboards and bikes. I’d get rid of some, but I’m sentimental. Even if I’m unlikely to really need all of it, I’d like to think some day my boys might like it.

3. I say with a new pair of snowboard boots in the mail. (Ebay bargain!)

This piece first appeared at Running High, Jamie Currie’s newsletter, and is republished here with permission.