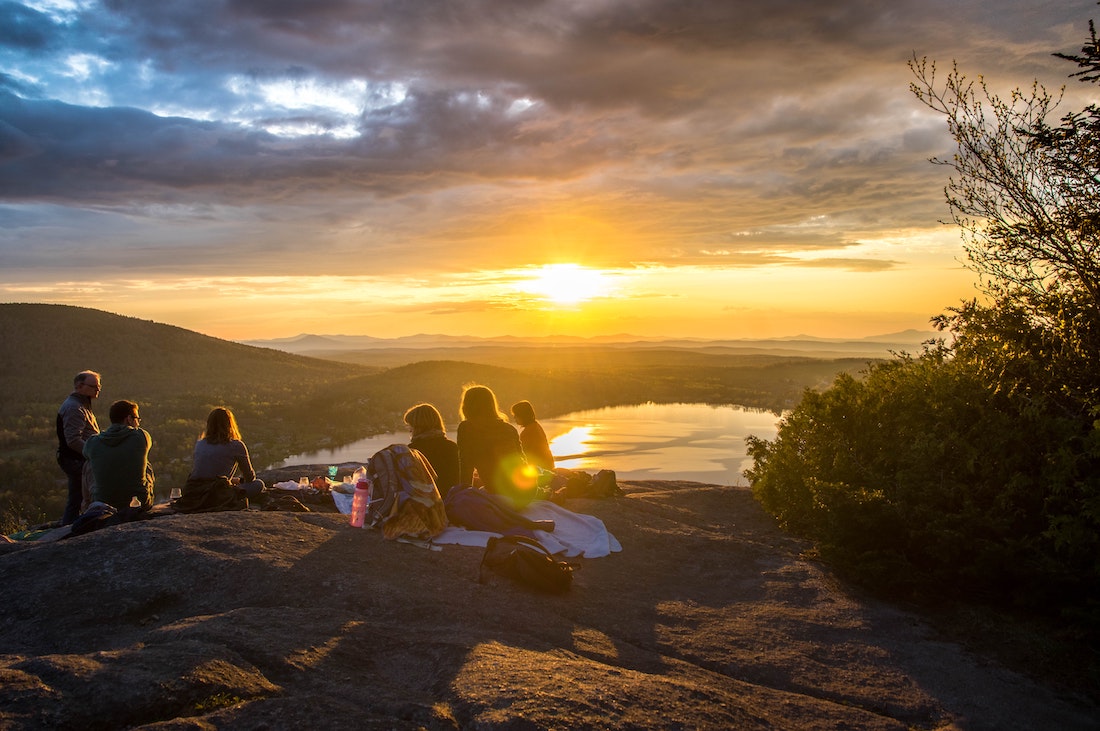 Is this book strictly adventure-related? Not necessarily, but considering we’re out there trying to bolster our happiness, either with people we’re close to, or, sadly, at the expense of those we’re close to (I’m looking at you, fellow surf bums), this book feels like something anyone living an examined life in pursuit of what makes them happy should read. I enjoyed it. -Ed.

For generations, academics in psychiatry have focused primarily on understanding and treating mental illness. As Sigmund Freud put it in his influential formulation more than a hundred years ago, the goal of psychoanalysis was to transform “hysterical misery into common unhappiness.”

Likewise, biological psychiatrists have long studied the neural mechanisms behind major mental disorders such as depression and schizophrenia as they have searched for drugs to alleviate the emotional distress of patients. But the study of happiness has recently emerged as a vibrant field in its own right, and it has sparked enormous interest. For example, over the past few years, a few million people have signed up for “The Science of Well-Being,” a Yale course taught by psychology professor Laurie Santos, which is now available free to the public through Coursera.

As psychiatrist Robert Waldinger and psychologist Marc Schulz report in their engaging book, “The Good Life: Lessons from the World’s Longest Scientific Study of Happiness,” this now popular line of research can actually be traced back to 1938. That’s when Arlie Bock, the chief of Student Health Services at Harvard and a professor of hygiene, began the Harvard Study of Adult Development. Eager to determine not what caused psychopathology, but what caused happiness, Bock decided to study 268 Harvard sophomores (including future president John F. Kennedy). Some 30 years later, his successors incorporated a second study into this project, which had been tracking 456 inner-city Boston adolescents who were faring reasonably well — despite growing up in disadvantaged neighborhoods.

The Harvard Study’s method was to conduct in-depth interviews of its subjects and to follow them for decades. Subsequent investigators — Waldinger is the fourth director of the study and Schulz is the associate director — have added new slices of data into the mix, including physiological measures of wellbeing from blood samples and brain scans.

This longitudinal study, which now includes more than 1,300 descendants of the original participants, has yielded some surprising findings. While the Harvard men had much higher incomes than their Boston counterparts and lived an average of about nine years longer, they were not necessarily happier, as indicated on the questionnaires that study participants filled out every couple of years. In addition, the investigators found that that the marital satisfaction of the subjects in mid-life was better than cholesterol levels at determining how the subjects would age. One of the study’s main conclusions, Waldinger and Schulz write, is that “the people who were the most satisfied in their relationships at age 50 were the healthiest (mentally and physically) at age 80.” 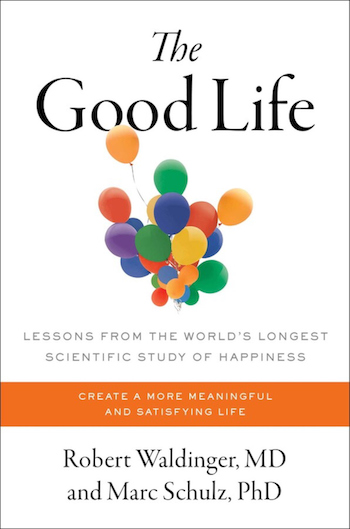 Consider the case of Henry Keane — to protect the identity of research subjects, pseudonyms are used — who was first interviewed in 1941 when he was a 14-year-old living in a Boston tenement that had no running water. Despite his family’s dire poverty and his father’s alcoholism, Henry, who worked his way up to floor supervisor at General Motors, repeatedly told the study’s interviewers that he was “happy” or “very happy.” Waldinger and Schulz attribute this self-assessment to his satisfying marriage to his wife, Rosa, who was also interviewed a few times. Their loving union would last for over half a century until they both died in 2009 within several weeks of each other.

As the authors emphasize, people like Henry Keane who can lean on supportive connections in times of stress are much better able to cope with the numerous trials that invariably confront us all during the course of our lives. In contrast, isolation can be damaging to long-term health.

Waldinger and Schulz cite lots of empirical research documenting the pernicious effects of loneliness. For older people, a 2010 study suggests that loneliness is twice as detrimental to health as obesity, and a 2015 meta-analysis concludes that chronic loneliness increases the risk of death in a given year by more than 25 percent. And in 2017, a team of British researchers determined that the economic cost of loneliness to the U.K. — in terms of lost productivity—amounted to more than 2.5 billion pounds (roughly $3 billion), a finding that helped lead to the creation of a U.K. Ministry of Loneliness the following year.

The book intersperses numerous case studies with recommendations on how to build and maintain supportive relationships of all types: with casual acquaintances, friends, and co-workers as well as with spouses and other family members. In an effort to reach a wide swath of readers, Waldinger and Schulz adopt a colloquial tone.

One of the unhappiest members of the original group of Harvard undergraduates, John Marsden is a shining example of how not to conduct your life. Though he came from a wealthy family, John endured some adversity as a child. He was frequently bullied and his mother died when he was just 16. While he became a highly successful lawyer, John acknowledged to interviewers that he was disappointed that his professional accomplishments did not bring him much satisfaction.

Throughout his life, he had difficulty connecting with others. When he felt anxious, he tended to isolate himself. After an unhappy first marriage, he remarried at 62, but that union, which lasted until his death a couple of decades later, was also not affectionate. When asked by an interviewer to come up with five words that popped into his head when thinking of his second wife, Anne, he replied: “Tension. Distant. Dismissive. Intolerant. Painful.”

Perhaps the most informative chapter features strategies for coping with conflicts in intimate relationships. Based on thousands of interviews, Waldinger and Schulz identify some general principles about what works to keep relationships strong. As the authors note, Henry Keane and his wife Rosa were able to maintain a secure connection because whenever they faced a difficulty — say, Henry’s being laid off — “they were able to turn to each other for support, comfort, and courage.” The ability of spouses to trust and be vulnerable with each other is key. To cultivate those qualities in a relationship, they emphasize, partners need “to pause, notice their own and their partner’s emotions and comfortably share their fears.”

Unfortunately, some of the prescriptions espoused by the authors ring a bit hollow. When discussing the importance of connecting with others, they praise Dale Carnegie’s 1936 book “How to Win Friends and Influence People”, since it contained such principles as “Become genuinely interested in other people.” The lack of irony in this instance is somewhat startling. After all, in contrast to the Harvard Study, that Depression-era volume did not so much probe the inner workings of the human heart as outline a strategy to help salesmen increase their earnings. As the novelist Sinclair Lewis put it, Carnegie’s method was to teach people to “pretend to be interested in other people’s hobbies precisely so that you may screw things out of them.”

Likewise, Waldinger and Schulz advise readers to improve their relationships with friends and family members by putting down their iPhone and taking “tech holidays.” Such superficial tips trivialize the rich and nuanced material contained in the study’s vast dataset.

The main takeaway of this 84-year-old investigation into the core components of a satisfying life is that both psychiatry and society at large have long undervalued the health benefits of relational skills. As Waldinger and Schulz aptly conclude, since the “need for connection is fundamental to a flourishing life, social fitness should be taught to children and be a central consideration in public policy right alongside exercise, diet, and other health recommendations.”

Indeed, at a time in which America’s social fabric is fraying, lessons in learning how to get along with one another are something that we all can use. It is “our connections to the individuals in our lives,” the authors conclude, “that will ultimately serve as a bulwark against whatever crises we confront.”