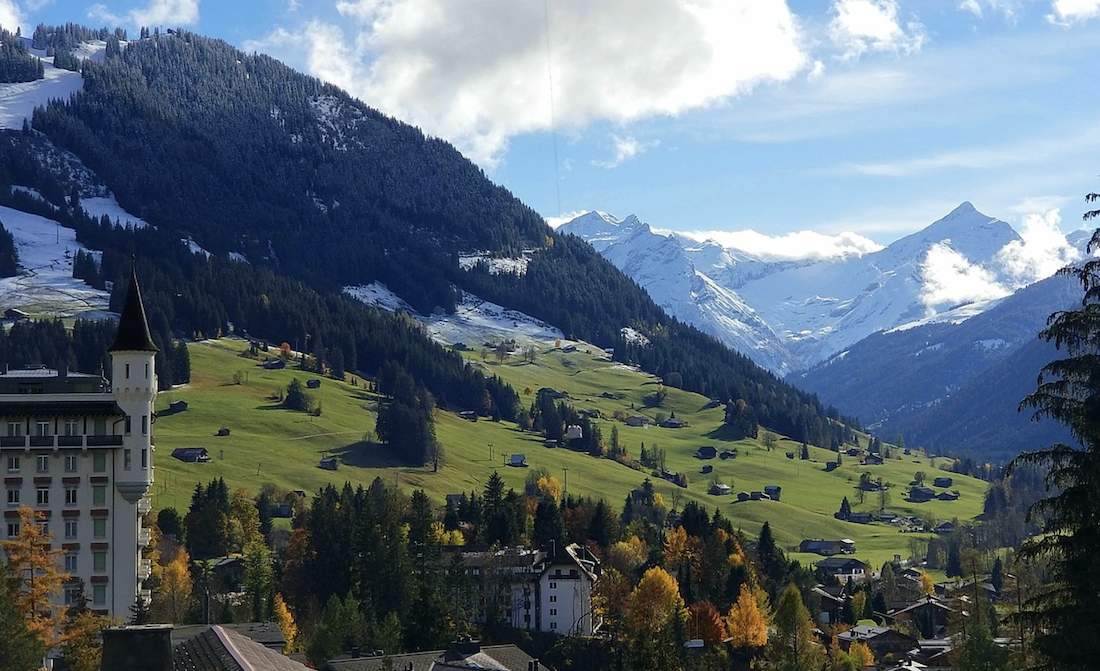 Temperatures in Switzerland have been alarmingly, historically high this winter. Recent winter days have seen days above 20 degrees Celsius, which is, are you sitting down? 68 degrees Fahrenheit. In the Swiss Alps. In January. Yikes. Average temperatures have been around 7 degrees celsius (44 Fahrenheit), well above freezing.

Gstaad, the elite destination area featuring multiple resorts recently employed the hard to believe tactic of using a helicopter to fly in loads of snow. Just before Christmas, when the area is bustling with tourists spending lots of money to ski and shop, nine helicopter runs were made in an attempt to dump enough snow to link Zweisimmen and Saanenmöser resorts.

It was too warm and there was not enough snow already on the ground to make up the difference with snow cannons, resort officials said.

The Gstaad area isn’t particularly high, at roughly 3,000 feet above sea level, so it’s not terribly unusual for there to be a lack of snowfall. What is unusual is the incredible warmth melting the snow that’s already fallen.

Of course, there’s an irony to using a fuel-burning helicopter to ferry snow from higher to lower elevations, during a period in which climate change from fossil fuel burning is contributing to the record warmth zapping the area’s snowfall.

Regardless, it didn’t work anyway.

“In this exceptional weather situation, snow was transported on this one occasion by helicopter from a nearby snow depot to guarantee the slope connection between Zweisimmen and the Saanenland,” said Destination Gstaat, the valley’s tourist office.

“This emergency measure was ecologically insensitive. It also proved to be unsuitable from a technical point of view. The transports by helicopter were therefore immediately stopped. No further flights are planned.”