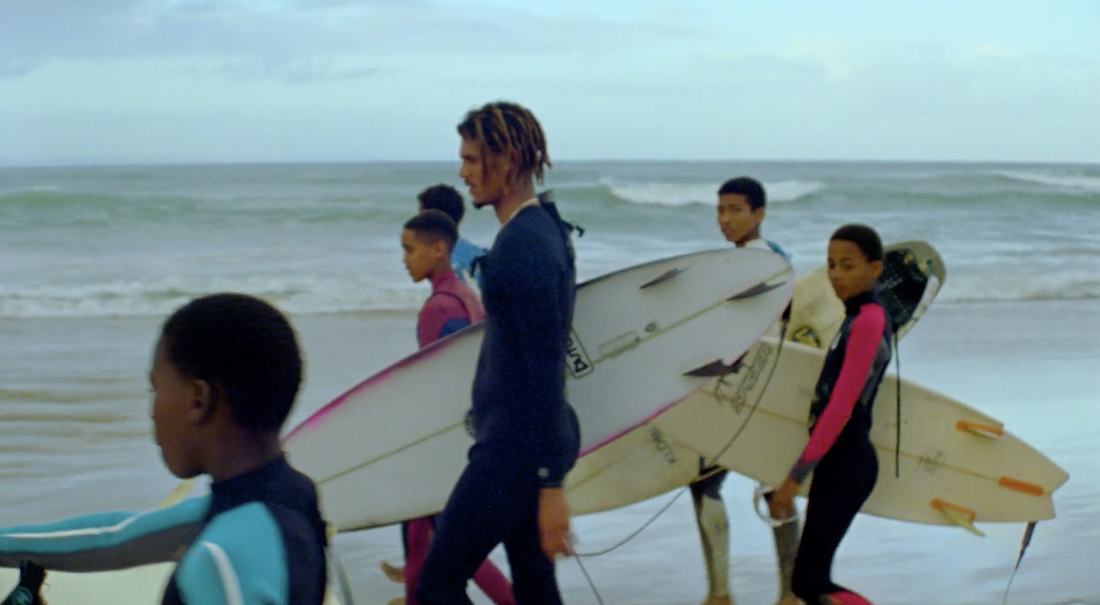 South Africa’s Jeffreys Bay, called “J-Bay” by most, is in the running for top 3 waves on the planet. It’s an international destination for surfers, a staple on the pro tour circuit, and has been home to many wandering souls attracted to the area’s natural beauty and open space. But there’s crime there too, and poverty, and for decades, the top talent coming from the area have been white surfers.

Locals, Black locals, have only recently been drawing more attention to their surfing and to the ways in which surfing can remove them from a common cycle of poverty and violence endemic to many parts of South Africa.

Joshe Faulkner, the subject of this short film, is one of those surfers. Where a life spent concerned with tides, wind, and swell means a bright spot that attracts more than crime. A life not having to think so much of his incarcerated, gangster father. A life with far more possibilities than anguish and pain and violence.

“Growing up, surfing saved my life,” he says. “I could have been in those gangs so easily. I knew I didn’t want to be like that. When I started surfing, everyone said I wouldn’t make it. They all said I would be like my father, one of the biggest gangsters in J Bay who went to prison when I was five months old and got out only two years ago. I knew I had to prove them wrong. I had to surf every single day. I feel safest in the water. My mind is clear when I am in the water; it takes away everything. I don’t have to think of home. I don’t have to think at all.”

Check out his story, below.