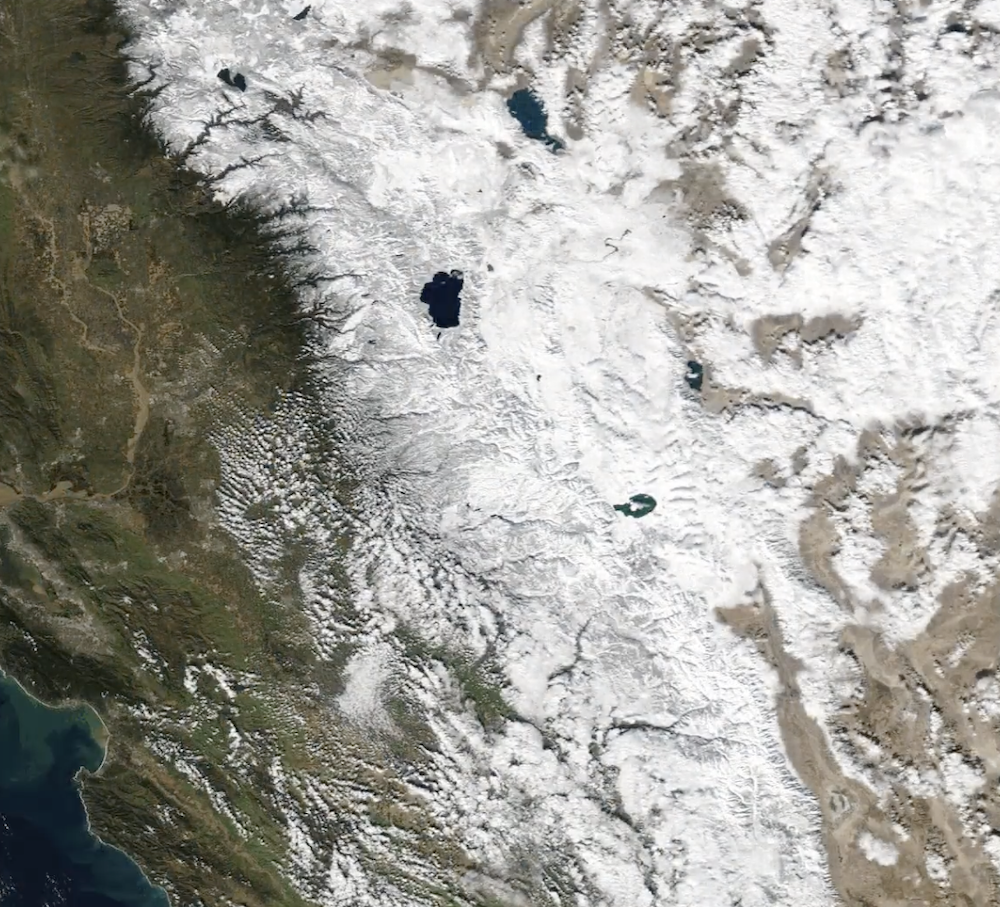 Since Christmas, there have been only 3 or 4 days without rain in much of California. And not just rain, but torrential rain. You’ve likely seen the flooding and mudslides on the news. For many people it’s been a disaster, one that is likely to become increasingly more common in the coming decades.

But enough bad news — have you seen the snowpack? The first few storms that hit in late December and earlier this month were pretty warm so snow levels remained well above 7,000 feet. But each successive storm dumped feet of snow and they just kept coming.

As of yesterday, snowpack levels in the Sierra Nevada had reached 250% of normal. 250%! Doesn’t matter where you go, if it snows there, it’s buried. Far Northern California is around 200% of normal, Tahoe is about 250%, and the southern Sierra has readings edging close to 300%.

Will this make Californians feel better later this summer when it hasn’t rained for nine months? Who knows? But my goodness look at this image. California likely has the deepest snowpack on the planet right now.

These mountains likely currently hold the biggest snowpack on the planet. pic.twitter.com/b5Lo0gnuod