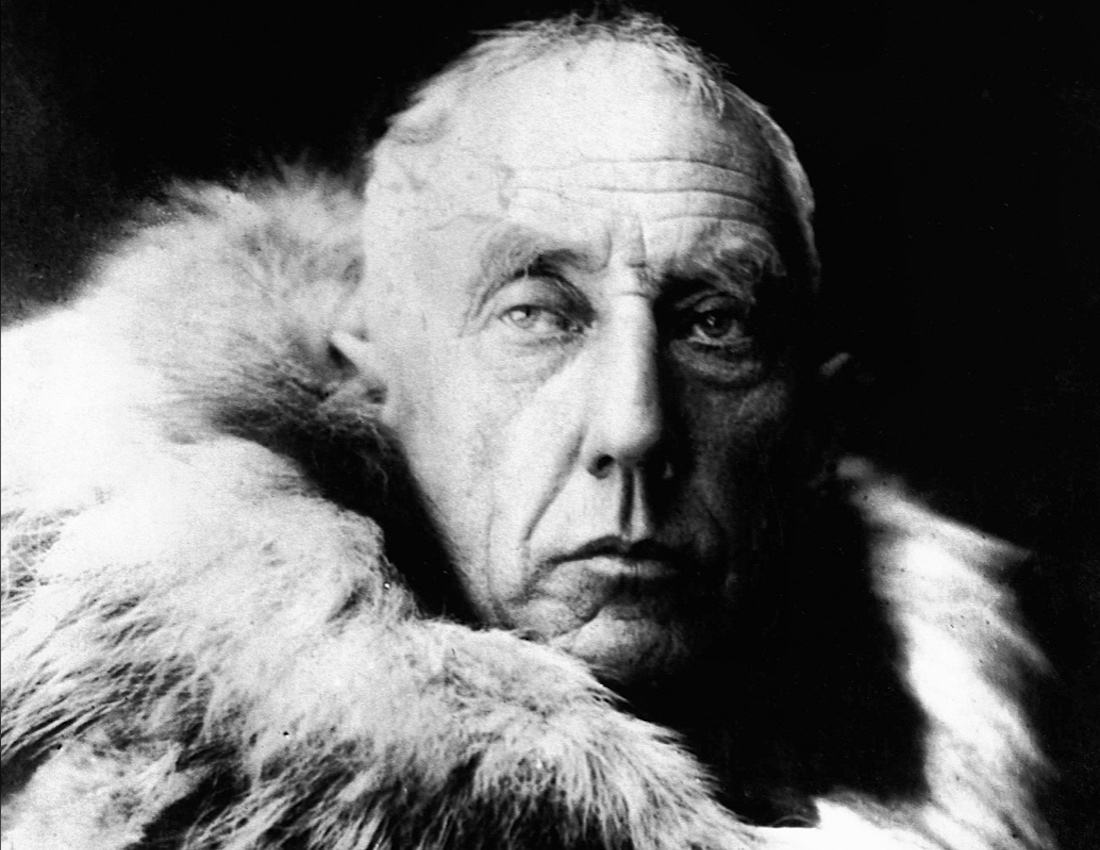 There’s no evidence of this, but surely there must have been a saying among the great polar explorers of the 19th and early 20th centuries along the lines of, “If there were but more than two poles on this planet.” It seems almost unfair that so many intrepid explorers were willing to sacrifice everything to become the first human to set foot on a perilously difficult to reach place on Earth that, if we’re being frank, is somewhat arbitrary to begin with.

Nevertheless, the polar regions held an irresistible sway for many men who had the means to command ships and crews capable of reaching their desolate centers. Reaching the farthest points north or south meant you’d traveled as far from the bustling center of the globe as was possible; if you were to call yourself a serious explorer at the turn of the 20th century, a trip to the poles was as serious as you could get.

For well-funded European explorers, the North Pole was of course easier to reach, being far closer to their home ports, and with much greater accessibility by ship. This was, in fact the plan for Roald Amundsen of Norway, who, in 1909, was busily preparing for an expedition to the North Pole when word arrived that an American, Robert Peary, had just beat him to it. (Ed note: Peary, as it turns out, almost certainly didn’t reach the North Pole. Who was first? The ragtag band of decided non-explorers from Minnesota led by an insurance salesman named Ralph Plaisted who got there in 1968. Read all about Plaisted, another Historical Badass, here.).

Amundsen took in the news, and kept right on preparing his ship and crew for a polar voyage. But when it was time to set sail, he turned south, for the Antarctic, telling nobody in order to get a head start on any would-be usurpers to his first to the South Pole crown. This was, however, not Amundsen’s first trip to Antarctica.

Amundsen was born in Borge, Norway, in 1872, to a family of sailors and sea captains. In his youth, Amundsen focused on his studies and was pursuing an education in medicine as a promise he made to his mother, who was desperate to keep her youngest son from a dangerous life at sea. Her pleas worked, for a time, until she passed away suddenly when Amundsen was 21 years old. Suddenly freed from the burden of his conscience, Amundsen put down his anatomy books and lit out for a career at sea. 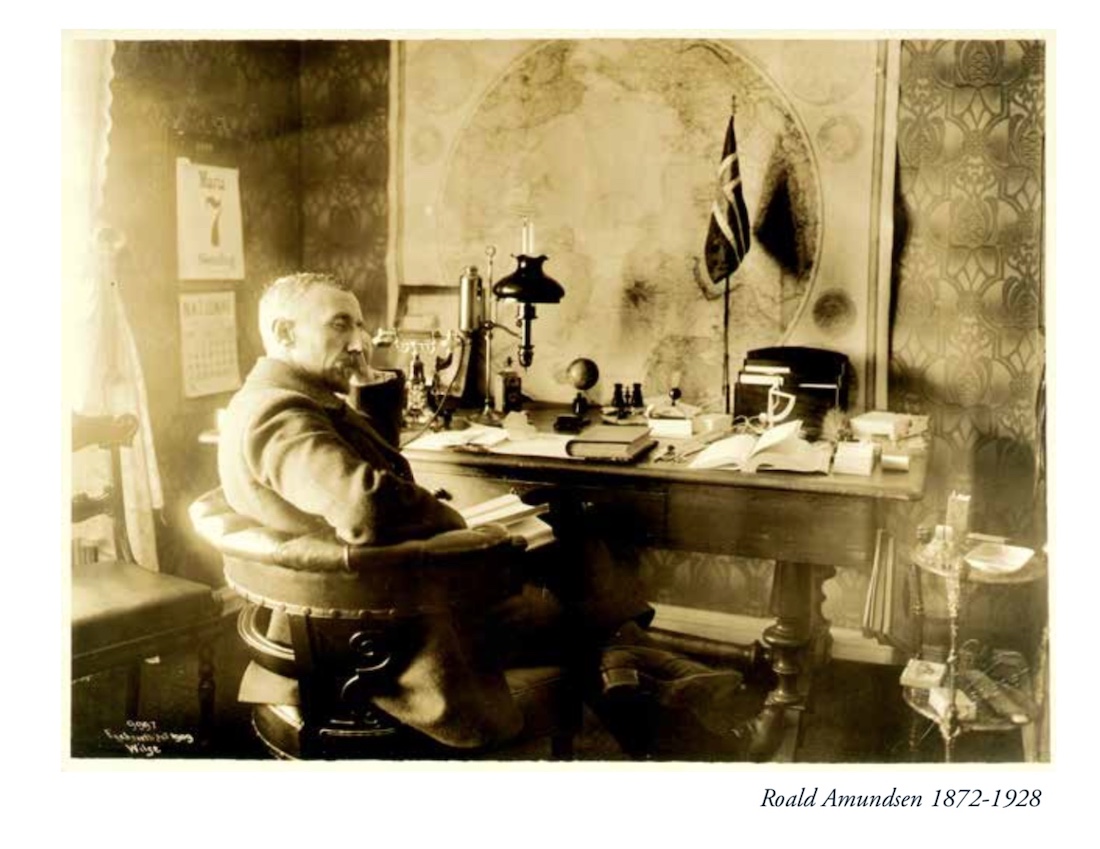 Just a few years later, Amundsen joined an expedition sailing for Antarctica. He was first mate on board the Belgica, as part of the Belgian Antarctic Expedition. Also aboard the ship was American doctor and explorer Frederick Cook, whom Amundsen praised for saving the life of the crew after their ship became stuck in pack ice. The Belgica ended up being the first ship to successfully overwinter in Antarctica, likely to the surprise of its crew, which almost certainly wasn’t planning for such a voyage. They lacked citrus fruits and courted scurvy until Cook showed them that hunting and eating fresh meat could replenish their vitamin C, and keep the condition at bay.

Six years later, his confidence soaring after the Belgica voyage, Amundsen captained the first ship to successfully navigate the Northwest Passage. Crucially, Amundsen befriended Inuit groups he encountered along the voyage and became a careful student of their survival strategies. He learned the benefits of travel with sled dogs, and equally important, the Inuit taught Amundsen to depend on lined animal skins for warmth, which naturally repelled water, as opposed to the wool and cotton jackets worn by most visitors to the polar regions at the time.

From the Northwest Passage to the North Pole was a relatively short jump for Amundsen, and immediately following his return from Canada to Norway in 1906, he set about staging his mission to be the first to set foot there.

Once word of Peary’s North Pole expedition reached Amundsen he made a careful decision. In June, 1910, Amundsen set sail from Norway aboard his ship, Fram, ostensibly to head for the North Pole. But Amundsen immediately bore south, in secret for Madeira, off the coast of northwest Africa. From there Amundsen and his crew sailed straight to the Bay of Whales, Antarctica.

In Madeira, Amundsen sent word to Robert F. Scott, a fellow explorer who was also planning an Antarctic expedition for the pole. In a terse telegram to Scott, Amundsen let the cat out of the bag: “Beg to inform you Fram proceeding Antarctic—Amundsen.” 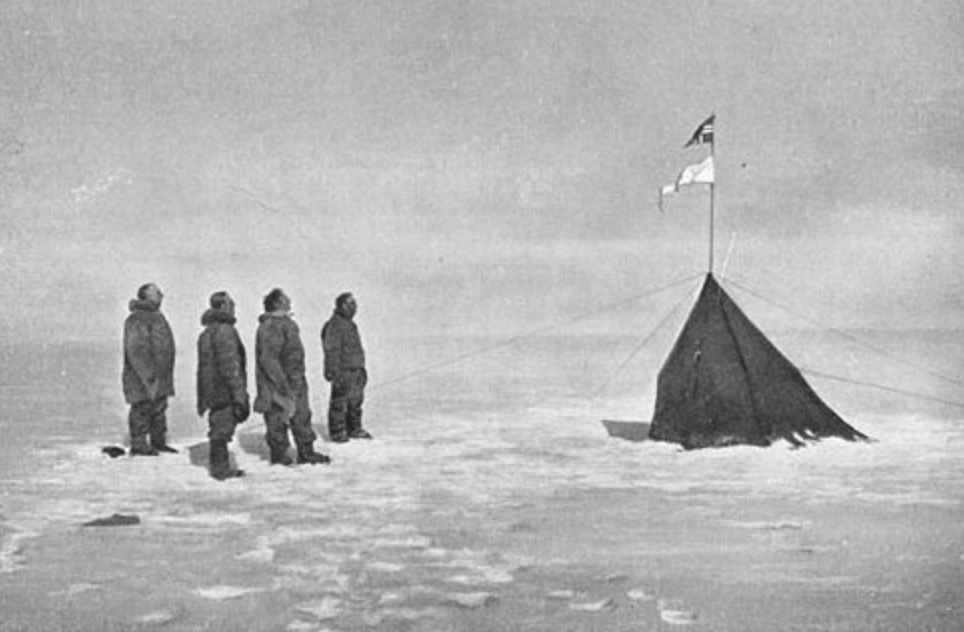 Contrary to many tales of polar exploration, Amundsen’s South Pole expedition went swimmingly. He’d learned a great deal from his previous winter in Antarctica, and he was confident in his ability to prepare after navigating the Northwest Passage. He made a food drop along the way to the pole before returning to port, so that they needn’t fear running out of food too soon. Rather than horses, Amundsen used sled dogs as transport. (Interestingly, at one point, Amundsen had reportedly told the New York Times he’d considered using polar bears as draft animals when he was considering his north pole expedition).

His careful preparation paid off.

Amundsen and his team set up several supply dumps along the way to the pole to avoid surprise gear shortages. He’d learned the importance of fresh meat from Cook, so he set out with dozens of dogs, planning to eat many of them en route. His crew was outfitted with animal skin parkas lined with fur. They traveled on skis. Amundsen was leaving nothing to chance.

He set off with five members of his crew, Olav Bjaaland, Helmer Hanssen, Sverre Hassel, and Oscar Wisting, and 52 dogs, on October 19, 1911. The weather was great, relatively speaking, and outfitted and fed properly, the group had no trouble reaching the South Pole two months later, on December 14. Amundsen had his first to the pole moment, just on the other side of the globe.

They returned the way they came, and arrived at base camp one month later, with no loss of life. 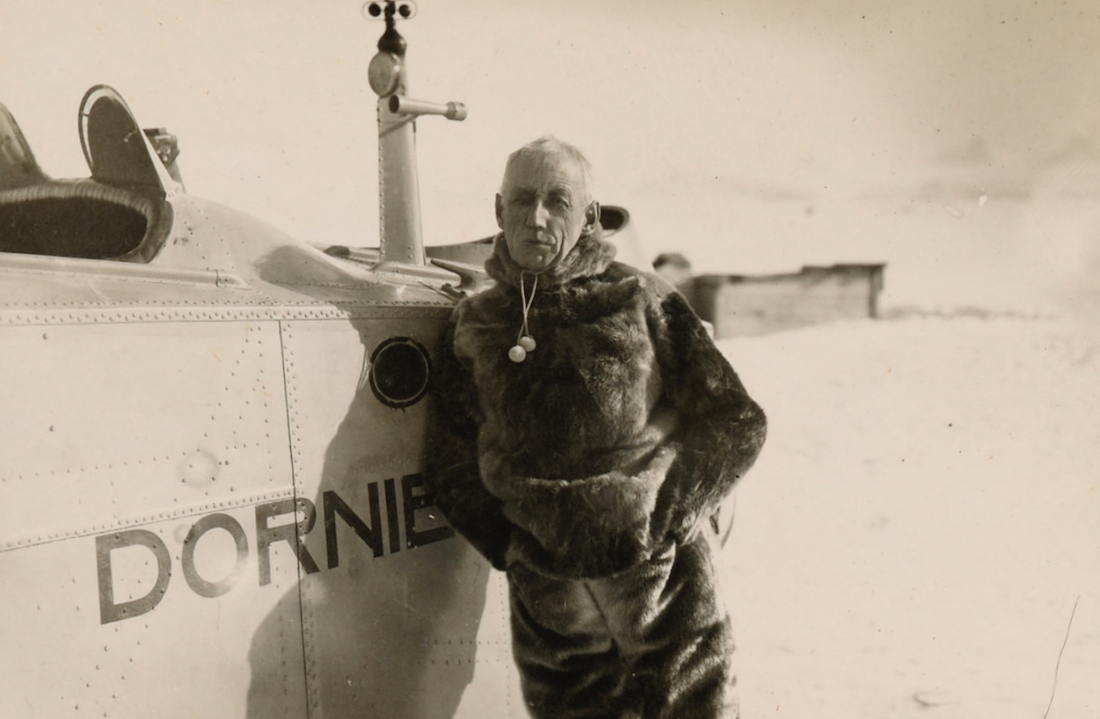 He bought a new ship, the Maud, and tried to resume his plan to sail while locked in pack ice across the North Pole. After three years of the Maud drifting in ice, breaking free, then refreezing, and during which Amundsen suffered an attack by polar bear, he abandoned his plan to reach the pole by boat.

The skies, however, were there for the taking.

Amundsen spent several years hiring air crews and building Arctic landing strips trying to fly over the pole in a seaplane before finally, in 1926, he crossed the North Pole in an inflatable airship.

He’d become not only the first person to reach the South Pole, but the first to reach both.

In 1928, Amundsen flew toward the north pole on a rescue mission, attempting to locate a fellow airship enthusiast lost somewhere near the pole. His seaplane failed to return and the Norwegian government instituted a massive search and rescue operation. Amundsen’s body was never found.

The American government today maintains the Amundsen-Scott Antarctic Research Station at the South Pole. Numerous films have been made of his exploits. The outdoor gear brand Amundsen Sports was founded by one of Roald’s descendants.

Read Amundsen’s account of his South Pole expedition in his own words, The South Pole: An Account of the Norwegian Antarctic Expedition in the Fram, 1910-1912, available, here.