Sometimes the Hard Part Is Actually the Fun Part 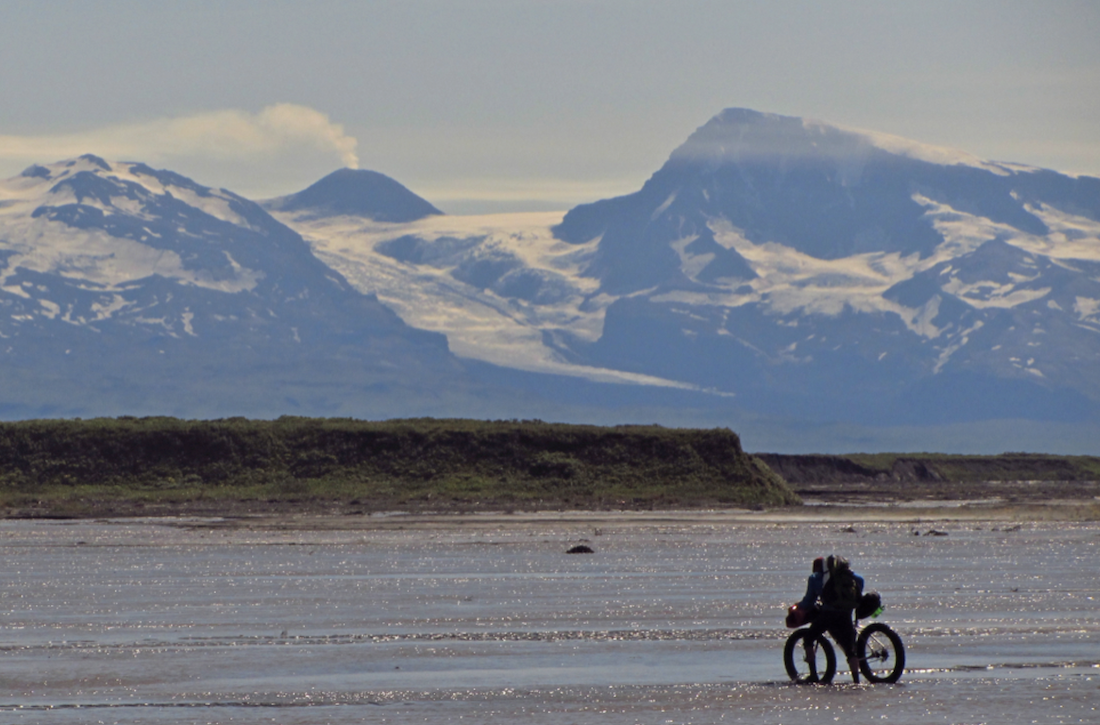 Sometimes the Hard Part Is Actually the Fun Part

All too often I’m accused of painting a slightly-too-rosy picture of the trips I’ve done. People tell me that I underestimate the amount of hike-a-bike or other foot slogging when bikes were supposed to be ridden. They tell me I under exaggerate times and distances. They accuse me of doing these things deliberately, in an effort to sucker people (“them”) into joining, just so that I can watch them writhe in misery.

I think it’s a simple misunderstanding. I don’t enjoy watching people suffer–neither friends nor strangers. It’s just that a long time ago my idea of fun somehow got intertwined (chemically, I think) with my idea of ridonkulous.

An example: On my 2010 traverse of the Iditarod Trail I crossed paths with a pair of rookies near the top of Rainy Pass. The snow was bottomless, the wind was strong, the trail was gone, and when we weren’t wallowing and wading through the unconsolidated fluff we actually had to leave our bikes and *swim* forward through the snow to create a trough. After a few exhausting minutes we’d turn around and wade backward to where the bikes lay. Then we’d waddle forward once more. Then back. In so doing we’d create a ‘trail’ that would allow us to drag the bikes forward maybe 50 yards every 15 minutes.

While taking a much-needed breather one of the others quipped, “At some point it gets so ridiculous you just have to laugh…!” She said it with a tone of incredulity, a look of befuddled amusement on her windburned face. I smiled as the wisdom of her statement sunk in: She couldn’t have been more right.

Traveling to or through difficult-to-access places is rarely easy or straightforward. At some point it’s going to get downright difficult, if not seemingly impossible. I relish these moments more now than ever before: I can’t google the answer; Can’t call information and ask them what to do; Can’t call ‘time out,’ can’t push a button and be transported elsewhere. I have to put the brakes on, slow down ’til I am here and nowhere else, and figure out a solution. Often that means grin and bear it, and move a few feet every few minutes. Sometimes it means retreat and find a better way. Occasionally it means sit down and wait for something to change.

Any one of the above is priceless. We’ve become so conditioned to being ants-in-the-pants go-go-go now-now-now with the world at our fingertips that we rarely process what’s happening right now. We’re always thinking three steps (or hours, or days) ahead while glancing, uncomprehending, at the scenery and talking over the music in our ears. Putting myself into ridonkulous situations has become an ‘out’ of sorts, where I have no choice but to embrace whatever is happening at this precise moment.

And once you’ve gotten yourself back to ‘now’, there’s just no sense complaining when you’re the cause of your own situation. Is there?

So it’s not that I try to dupe people into doing miserable stuff. I’m actually trying to enable them to have some reptilian fun!

Which is which depends purely on perspective. Are they looking at it from here?

On this last trip up Alaska’s Lava Coast I didn’t document much of the adversity that we encountered. It seemed that usually when our fun meters were pegged it was also raining and blowing, and I try to keep my cameras holstered when it’s like that. Either that or my hands were busy with the handlebars, or paddle, such that I couldn’t stop what I was doing to shoot. So I can’t show you the defining moments: The uncertain crossing of Moffet Lagoon at dark. The terrifying-for-all-of-us realization, while crossing Hague Channel, when my friend Pete finally understood he was being sucked out with the tide. The white knuckle crossing to Egg Island in 4′ whitecaps with 30-knot winds. The tension of the Bear River incident, when we were outnumbered, surrounded, and unsure if any direction was safe.

Can’t show you any of it, nor can I explain in such a way that you’d ‘get it’.

And after watching that, maybe you’ll understand on some level that it wasn’t all peaches and cream.

…you might just see that it *was* all peaches and cream.

There is, to some extent, a choice.

Read more (and maybe order a new wheelset) from Mike Curiak at Lacemine 29.