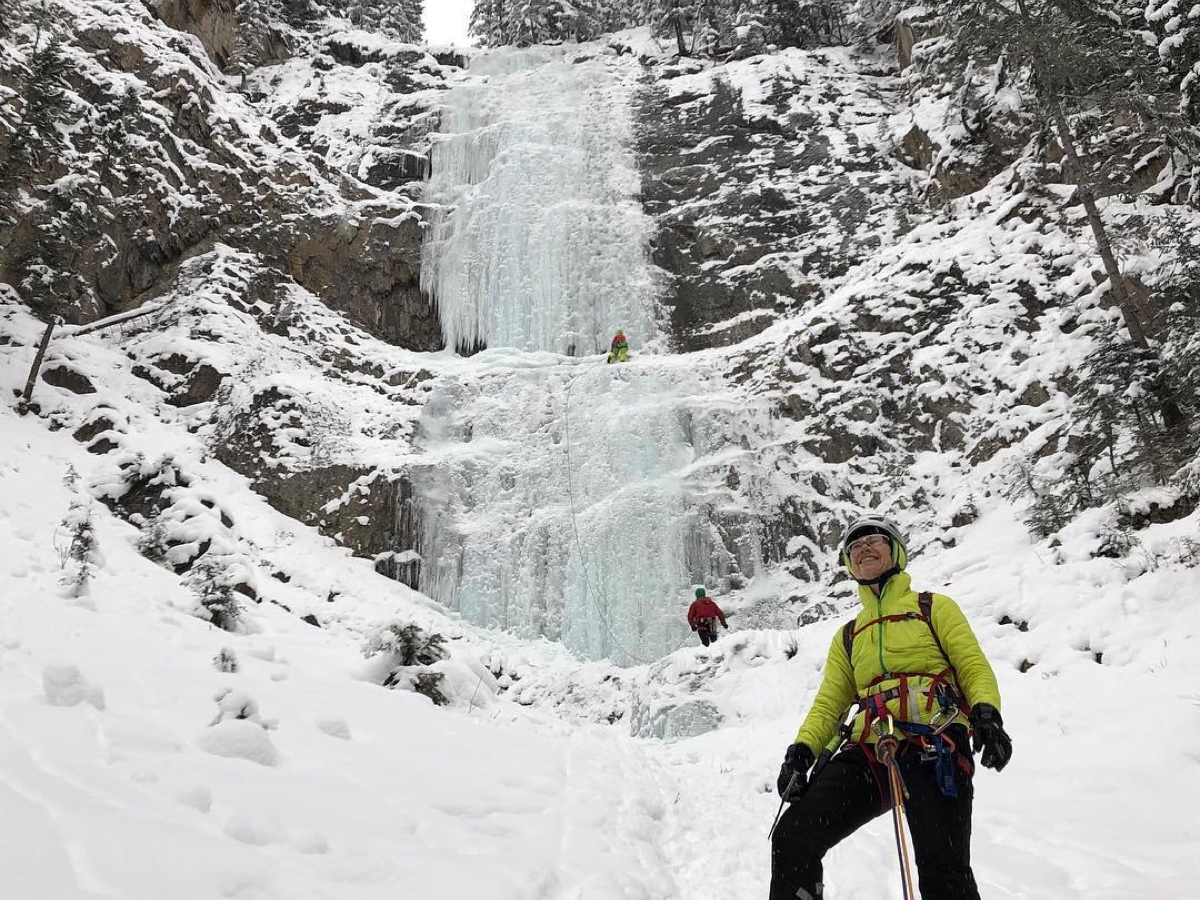 Kris Machnick is not going to let a little thing like a birthday stand in the way of her goals. She celebrated her most recent lap around the sun by training hard at Pacific Edge Climbing Gym in Santa Cruz, California, an integral part of her preparation—which also includes CrossFit, weightlifting, aerobic activity, and endurance work—for an upcoming ice climbing expedition in Hemsedal, Norway. Of course, she still made time to celebrate with friends and family later that day—after all, you only turn 80 once.

Climbing in Norway is a return home for Machnick, who was raised in Kristiansund N., located a brisk 63 degrees north of the equator. She was born on the cusp of World War II, and her small town, technically a trio of islands, was nearly decimated by German bombers not long after fighting began. Machnick, the oldest of six siblings, recalls a childhood spent playing hopscotch and riding bicycles in the shadow of barbed wire and bomb shelters.

Machnick didn’t have the opportunity to partake of Norway’s famous outdoor pursuits—trekking, skiing, climbing—until she moved halfway across the world. She emigrated to the United States at 20 years old, seeking career opportunities that were unavailable back home, and met her now-husband shortly thereafter. The two embraced California’s climate and recreation opportunities, creating a life that included plenty of time spent outdoors, from running marathons to hiking in Yosemite National Park.

During those adventures, both at home and while trekking abroad, Machnick often dreamt of adding climbing to her repertoire. She enjoyed any time spent outside, unchained from her desk, but especially loved the mountains—why not find a way to spend more time there? She didn’t tie in, however, until after retirement, when she encountered a group of climbers during a trip to Cuba who helped resurrect her curiosity about the sport. Machnick visited a climbing gym for the first time shortly thereafter; she began climbing outdoors a few years later at 64 years old.

Although she doesn’t lead (“I think I started too late and I don’t want that responsibility”), Machnick now calls ice climbing her favorite pursuit. “I think what I like about climbing is that it’s a sport that takes some thought and endurance rather than having so much speed,” she says. “I like ice climbing because it’s more technical. You have to have a lot of gear, but I just love the ice, the snow, and being in the mountains.” 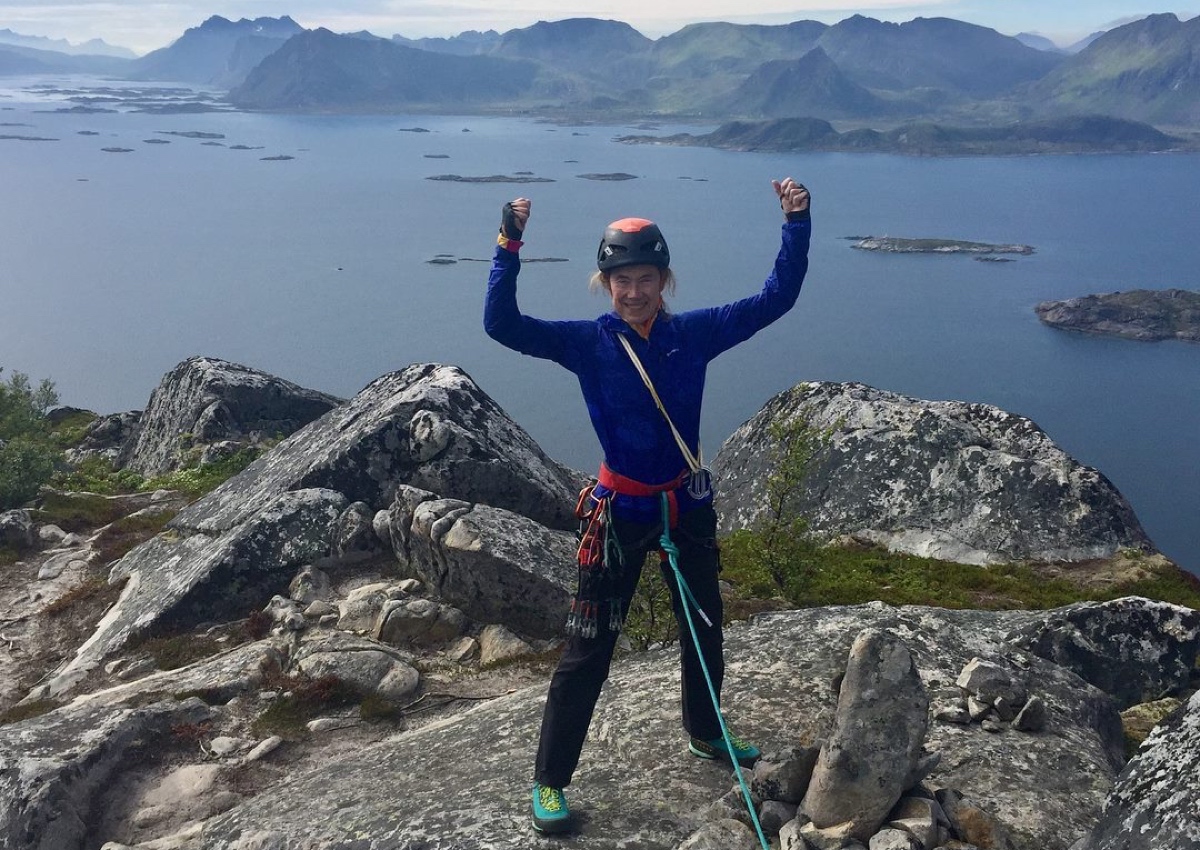 Even as she was finding joy while fighting up increasingly difficult ice routes, Machnick was also watching with sadness as close family and friends were losing their own battles. Her eldest brother died of complications from Parkinson’s disease in 2012; over the next six years, not only would her sister be diagnosed with the disease, but Machnick would also go on to lose three other close friends and relatives from Alzheimer’s disease and Lewy body dementia.

Knowing that well-funded research is crucial to finding ways to hopefully prevent and develop cures for these diseases, Machnick realized that she could parlay her new passion and her status as an older climber into a fundraising effort. In January 2018, she launched the 8 for 80 project, where she promised to climb eight ice and rock routes around the world by the end of winter 2019, hoping to raise $100,000 to contribute toward Parkinson’s and Alzheimer’s research along the way.

Machnick’s first climb for the project was Whorehouse Hoses (WI4/5), located just north of Silverton, Colorado, at the end of a long, high altitude approach in the San Juan Mountains. From there, she completed Bridal Veil Falls (WI5) in Keystone Canyon just outside of Valdez, Alaska, and knocked off another two routes during a trip to Lofoten, a Norwegian archipelago located north of the Arctic Circle. 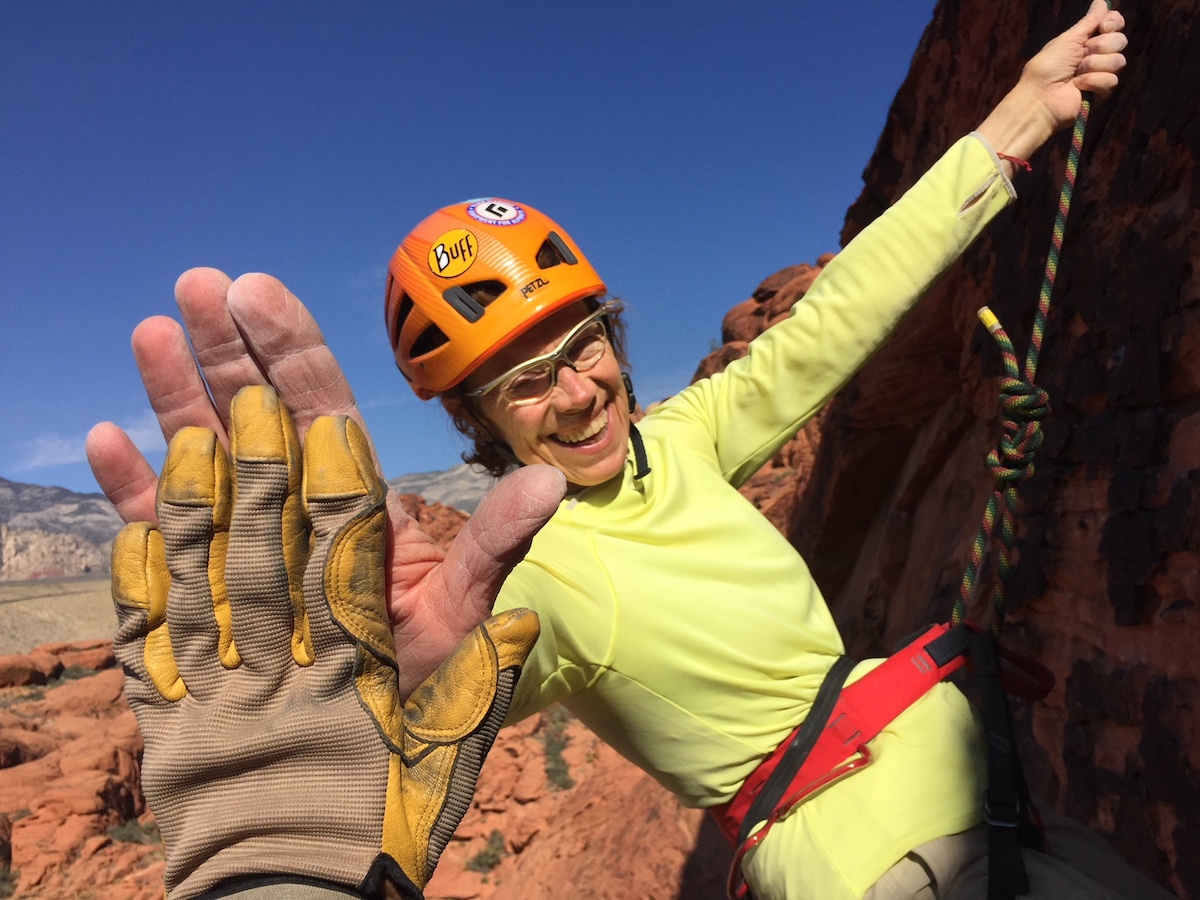 Unfortunately, she was injured during the latter trip, suffering multiple tears of the meniscus in her knee. The recovery period, along with lack of access due to wildfires in areas she planned to climb, presented setbacks, but Machnick remained committed, traveling to Canada as soon as her knee allowed. There, she met up with climber Sarah Hueniken and added two more climbs to her project tick list, Guinness Gully (WI4) and Louise Falls (WI5) near Lake Louise in the Canadian Rockies.

Her knee still isn’t completely healed, but Machnick keeps climbing. This month’s trip to Norway and a celebratory climb of Mount Tamplais, located just north of San Francisco, will mark the completion of her 8 for 80 project. While she hopes to succeed in her fundraising efforts—and might even schedule an additional round of climbs in order to do so—that hasn’t been the project’s only goal. “I’m celebrating my own life by going out and doing these climbs,” says Machnick. “It gives me a lot of joy that I actually have the health and the interest in doing this.”

She also hopes to influence others to consider the importance of physical fitness as a component of mental health, and encourage them to chase their own goals in life. “One thing that inspires me is ordinary people just getting out, doing their thing,” says Machnick. “Being happy and satisfied, and not feeling intimidated or worthless because they can’t achieve some of the things that you see celebrities and sports stars do.”

Machnick admits that it’s a little tougher pursuing her own climbing goals as she gets older, but she’s figured out some adjustments that make it possible. “What’s hard about it for me is that as you get older, your aerobic capacity declines. There’s nothing you can do about it,” she says. “What I’m working on is being more efficient; you have to do things methodically and correctly, so you don’t waste energy.”

And for those who might want to follow in her icy footsteps? “I think you have to start where you’re at, do it for yourself, and not compare yourself to someone that’s 20 years old,” says Machnick. “Instead of going back and feeling grief over things you have lost, you just have to look forward.”

All photos courtesy of Kris Machnick