Shane McConkey Was More More than Just a Skier 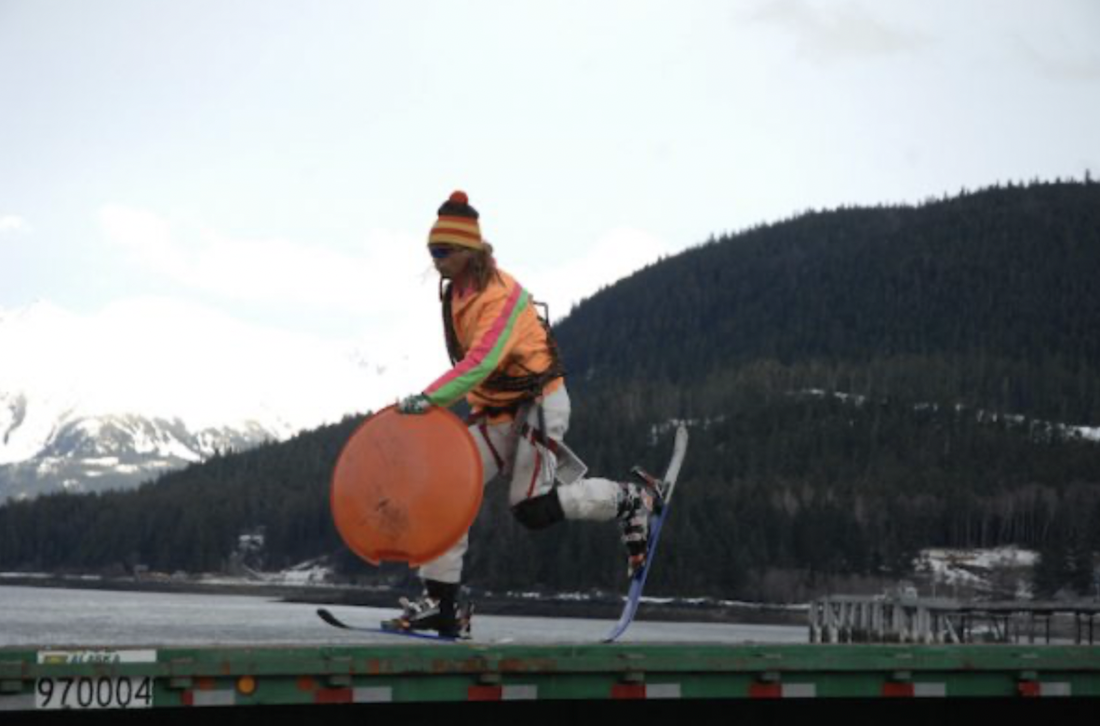 Shane McConkey Was More More than Just a Skier

“We learned so much from that one, silly boy.”

Sherry McConkey delivers the hammer line at the close of McConkey, the documentary about the life of her husband Shane. Shane McConkey died following equipment failure during a ski-BASE jump in the Italian Dolomites on March 26, 2009. When Sherry speaks about Shane the weight of that event hangs on her words, tugging at emotion and loss. Yet, it is overshadowed almost immediately by laughter, joy, and, most palpably, by enduring, unyielding love. Shane McConkey is still very much alive in the heart of his wife and in the smile and actions of his daughter, Ayla. McConkey was unquestionably one of the world’s most badass skiers. But Shane’s most incredible achievement was one of subtlety.

Shane’s proficiency on skis was, ahem, noticed. In 1994, McConkey took home the South American Freeskiing championship. In 1995, he defended his title down south and added the U.S. National Freeskiing championship. He then claimed the European freeskiing title in 1996 to complete global domination. In 1998, 1999, and 2000, he podiumed in the freeskiing world tour, freeskiing national and international events, and the XGames. ESPN named McConkey the Skier of the Year in 2001 and he claimed the top spot in Powder Magazine’s Reader Poll in 2002. All the while, McConkey starred in more ski films than most skiers watch in a lifetime. Over twenty films in close to as many years, McConkey always dropped jaws of the loving ski bum audience with his exceptional style—the McConkey turn is a showstopper—and his insane balls-to-the-wall ferocity.

Aside from collecting blue ribbons, awards, and trophies like the rest of us accumulate core shots and broken poles, McConkey was a ski tech revolutionary. In 1996, he first drew the concept of reverse camber and reverse sidecut on a cocktail napkin after using the Volant Chubb—a 90mm waisted ski—as an everyday option. By today’s standards the Chubb would be considered a frontside carver, but in the mid-nineties it was a pure pow plank. Positive his bigger-is-better design was the wave of the future, McConkey mounted two water skis and shredded a fat, powdery Alaskan spine. It worked. Volant produced the Spatula in 2001 and K2 made the Pontoon in 2006. Since McConkey’s fat powder ski revolution, skiing has never been the same, nor has the sport had such accessibility to pure, unadulterated powder skiing fun.

McConkey the skier was impressive. Shane the jokester and prankster was in a league all his own. Understanding the humor of the male form, Shane McConkey had a propensity for nudity. During his last high school race at Burke Academy, Shane wore the number 44 bib..and only that. After DQing at a pro mogul event at Vail, Shane the showman finished the course with a backflip, to which Vail pulled his ski pass on the spot. In response, Shane skied the course in the buff and completed one of the most iconic spread eagles in skiing’s history—the picture is amazing. He did the same naked spreadie during his first film shoot with Matchstick Productions.

McConkey loved to make fun of the ski industry and to pick on friends. He invented Saucer Boy as a way to lambaste the action sports extreme bro attitude. He hid passports and per diem from ski partners. Breaking wind was an art form, as was hiding prophylactics in the jacket pockets or luggage of his buddies. Ever tried explaining a year’s worth of condoms to TSA? 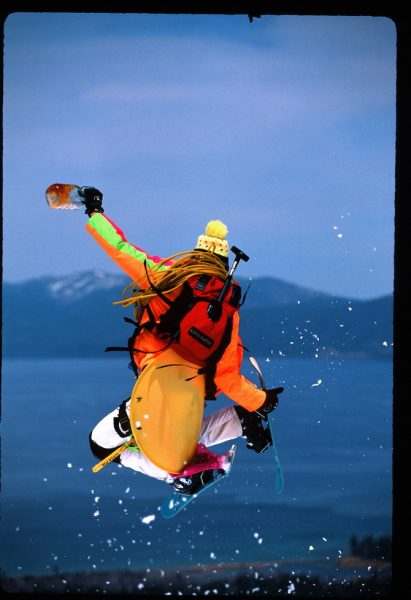 Shane’s career was spent pinned in the red; dream big, go fast, and send it. But many fans don’t know what truly made him badass. Even when the skiing world exalted him to supreme overlord of gnar, McConkey never took himself too seriously. Sherry says her husband knew that laughter is the soundtrack to a happy life, and the heart must be the symphony’s conductor.

“He was so honest in everything he did,” Sherry says “It was amazing how real he could be. And it’s incredible how he’s inspired so many people to not take themselves seriously. I just saw a picture of Amie Engerbretson humping a tree in the middle of the woods. To me, that’s Shane, fun, natural, and normal. We’re all just a bunch of dorks, anyhow.”

Shane truly shined as a loving, attentive husband and father, albeit with some growing pains. “He was the best husband in the world…but, when Ayla was first born, he was pathetic,” Sherry jokes. “I blame myself. I was a neurotic mom. I was so attached to her. But the minute she could talk and walk, everything changed. It was the cutest, most hilarious, most beautiful relationship I’ve ever seen. He just goofed around with her and adored her. He was just fun.”

“Towards the end, he just fell so deeply in love with both of us again,” Sherry remembers. “It was beautiful. On powder days he’d take her to ballet. I think he realized how amazing being a dad was.”

The throne of hindsight allows judgment to be cast too easily. Following Shane’s death, critics condemned the way he lived his life. Sherry has felt the criticism but handled it in stride. “Well, thank goodness people don’t get it, otherwise our mountains would be more polluted and much more crowded,” she retorts sarcastically. “I just try to have empathy for those people. But they’re never going to understand his life and how he chose to live. They’re always going to live in their cubicle, fingering their computer. Shane was not some selfish adrenaline junkie, but those kinds of people don’t get our lives and our passions. He was a hard worker, a passionate person, and a loving husband and father. He was the best.”

McConkey’s impact on the skiing world resonates today just as loudly as it did during his life. The deep snow turns, the lift line high fives, the quotes from Saucer Boy—“I can stick uphill ice!”—McConkey will forever be a part of skiing culture. And Shane will always be with Sherry and Ayla. “There’s just so much of that guy,” Sherry says. “Ayla has his empathy and she’s definitely goofy like him. Her sense of humor is hilarious, just like her dad. And she’s definitely competitive and likes attention. She’s perceptive. She looks a lot like Shane…He’s in us, all the time. There’s not a day when I don’t do the things he used to do. We have fun. We keep Shane present, everyday.”