Into the Woods With Bee Boots 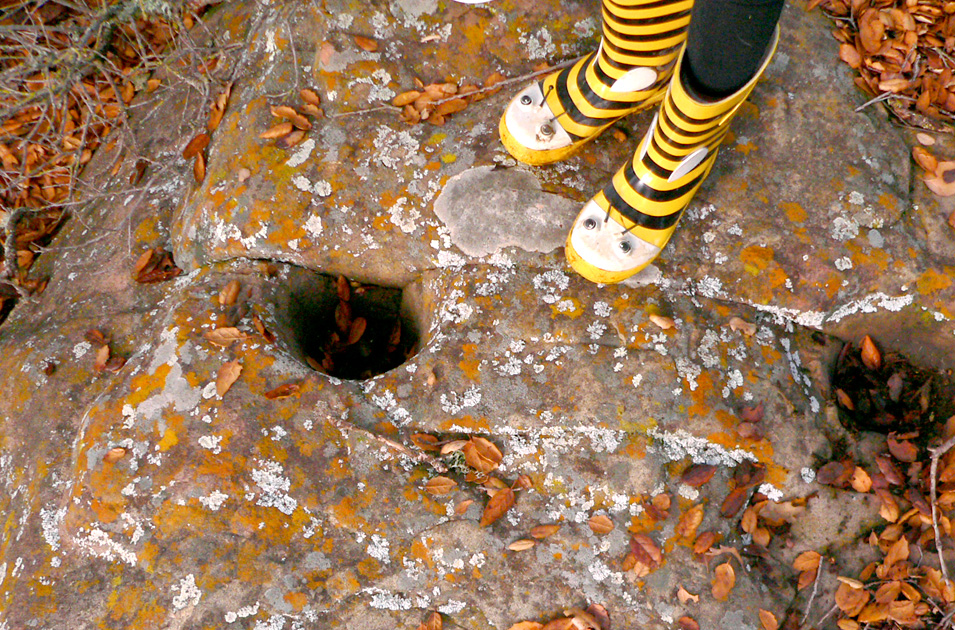 Into the Woods With Bee Boots

Did I know that Draculaura on Monster High is totally in love with Deuce Gorgon?

Did I know that Lilia K likes to chase the boys around at lunch and that they totally hate that?

Did I know that mother pigeons feed their babies a kind of milk that they secrete from deep down in their throats and that they are only one of three bird species on earth that can do that?

I’m sincerely surprised this time around (as opposed to merely confused). I’m learning a lot of things from my daughter on this-our first real foray together, back into the wild. Pigeon milk…who’d have guessed?

WAVING THE WHITE DIAPER
Parents hatch all sorts of idealistic plans for how things are going to work out. And then those kids get old enough to crawl and your golden plans hit the brick wall of reality. It’s a reality that includes diapers, tantrums, and all manner of what-the-hell-ness you failed to take into account while planning that all-day hike.

We persevered for awhile, gamely dragging our firstborn on her first nature outing when she was about a week old and not much more than a wriggling prune of a baby. We’d moved to the most rural corner of Northern California for a reason-to be outside and in the forest as much as possible. Having kids wasn’t going to slow us down. At least, that’s what we thought. We faithfully fought the good fight, subjecting our daughter to countless Sunday family death marches, until she hit the three-year mark and was joined by a baby sister.

I’m not sure why adding one more wailing infant to the mix put a hitch in our adventures, but we soon found ourselves doing the one thing we swore we’d never do: we started car camping…or whatever it is that you are actually doing when you pull up to a tree-lined parking lot on Forest Service property, haul out the tent, crank up the Coleman two-burner and sit down to listen to the “campers” next door squabble over a can of pork `n beans.

On my own, I was still heading out on the kinds of big trips that feed the soul. But when it came to taking my kids into the woods, I found myself slumming it at group camping sites. Something had to change.

BACK IN ACTION
This year I vowed to put an end to the car-camping schtick and to get back to the real deal-hiking it in, carrying precisely what we needed on our backs, and blissfully shunning my fellow man, somewhere devoid of port-a-potties, pay-showers and RV hook ups.

And we are. My daughter is peppering me with questions, speaking that strange language that only eight-year-old girls understand, and me clumping mutely along beside her. Being a realist, I’ve planned something attainable for our first father-daughter venture back into the wild: a short hike up to a small lake in the Cascades. Though the hike is less than five miles, the trail starts off by rocketing straight up into the sky and it doesn’t let up until it finally spits you out, sweaty and sore-kneed, at a little lake. The elevation gain does a nice job of dissuading most people from even attempting the hike. Perfect.

“Did you know you can eat those, daddy?”

My daughter is pointing to a small clump of red berries that I’m pretty sure would have me yawning a rainbow if I so much as looked at them wrong.

“Uh…I’m not so sure about that,” I offer lamely while fishing around in my pack for a copy of Northwest Foraging.

“And those-those are really good too!” She’s pointing excitedly at another poisonous-looking plant.

Lo and behold, she’s right on the money. We’re surrounded by bunchberries, thimbleberries, and choke berries. Some of them, in fact, are actually pretty damn good. The thimbleberries, in particular, have a sweet, intense taste-as if someone condensed all the flavor of a raspberry into a fruit about a tenth its size. I’m impressed and a little embarrassed…but also proud. My kid knows the local edibles better than I do.

A CUP HALF FULL…OF SPAM
We reach the lake as the sun begins to sink behind the cedars that surrounding. As far as lakes go, it’s nothing to write home about. It’s no more than five acres-max-and full of old snags. But there’s also a population of small, bejeweled brook trout and a sprinkling of larger cutthroats in the mix. I set out to catch dinner. Normally, I’m a catch-and-release guy, but my kid dreams of a delicate, crispy-fried trout dinner, so I rig up the pole and start casting spinners.

Nothing. I swap lure colors and vary retrieves. Nada. As in nada-damned thing. Huh. I never get skunked here. I give the fly and cast-a-bubble rigging a go. The sun is low on the horizon now-the air filled with that magic, golden hour light and the smell of defeat. My kid has whiled away the time, merrily talking to dragon flies and building homes for the local water beetle population. I break down the rod and prepare to let her down.

She looks up with a confused look on her face.

“So, uh, I really didn’t expect to have to do this, but I brought this can of Spam with us and…”

“What’s Spam?” she says, all wide-eyed and inquisitive.

“Well,” I muster, “Spam is like a brick, or maybe a hockey puck, of hot dog-tasting…stuff.”

I ready myself for the pout, but instead she’s jumping up and down.

This, right here, might be the coolest moment of the trip. Sure, we wind up watching deer slip down to the shore of the lake as the light failed. We catch fish the next morning. We drink strong camp coffee and attempt to gorge ourselves on thimbleberries-all of it’s good. No, it’s great. But really, my high point is this Spam moment.

Adults have expectations. You plan, you strategize, and, sometimes, you’re crestfallen when none of it works out the way you thought it should. Spam for dinner? To me, that’s failure. I only brought a can of the stuff to brain a bear with if the need arose. But to my kid, the same spongy pork product is an exciting, super-cool, pink brick that will never decompose and which can keep you alive indefinitely. Which, when you think of it, is kind of awesome.

To kids, clouds don’t have silver linings-clouds are just super cool on their own. This, I realize, as we sit around our little campfire and gnaw on the Spam, is something I could stand to re-learn.