This North Cascades Cabin in the Clouds Is First Hiked, First Served

This North Cascades Cabin in the Clouds Is First Hiked, First Served

Your first glimpse at the Hidden Lake Lookout Cabin in North Cascades National Park may be a little discouraging. There it sits, far above the trail, miles ahead of you, perched on what look like sharp fingers of rock clawing toward the blue sky. To get to the cabin means a roughly four-mile hike from dense pine forests and stream crossings, to lush meadows and drainages filled with wildflowers and blueberries in the summer, and then to bare granite and steady switchbacks at 6,900 feet in elevation, an elevation gain of about 3,300 feet.

Finally, the cabin swings into view. You just have to pick your way through a boulder field to get there. Your reward for the lung-busting is a stunning array of some of the Cascades’ most revered and challenged peaks: Boston, Sahale, Snowking, Glacier, Eldorado, Torment, and Forbidden North Cascade, all lined up as if posing for a group photo. On especially clear days, the snowy snout of distant Mt. Rainier may poke its way into view. Below lies the deep blue paradise of Hidden Lake. Not so hidden anymore. 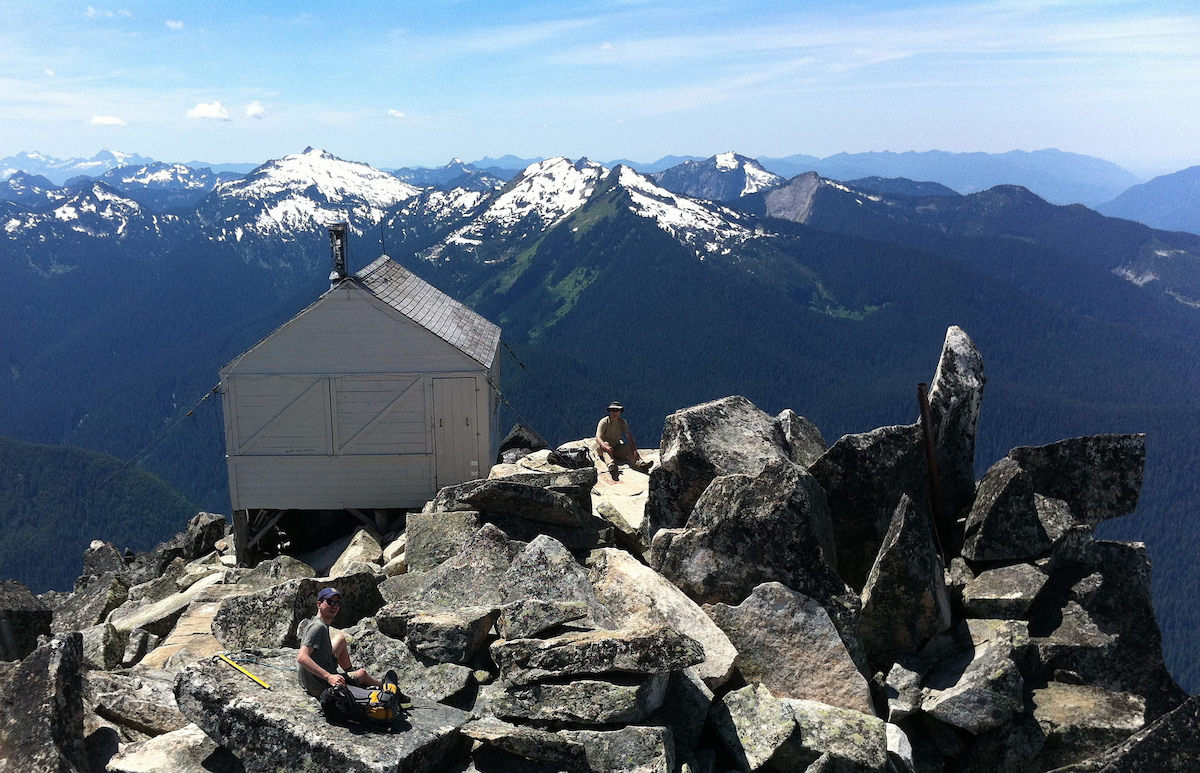 You’ll want to approach this cabin on sunny, pleasant days, unless you’re comfortable in difficult alpine conditions. Snow can remain preserved in gullies surrounding the cabin well into the summer.

The cabin was built in 1932 and used as a fire lookout for two decades before being decommissioned in the early 1950s. For a time, the Skagit Alpine Club used the cabin as a shelter. One of their members, Fred Darvill, a man instrumental in the creation of North Cascades National Park, kept up the cabin for public use but also as a kind of historical monument. Today it’s operated by the Friends of the Hidden Lake Lookout.

You can spend a night in the cabin for a small donation, somewhere in the $15-25 range. First climbed, first served. 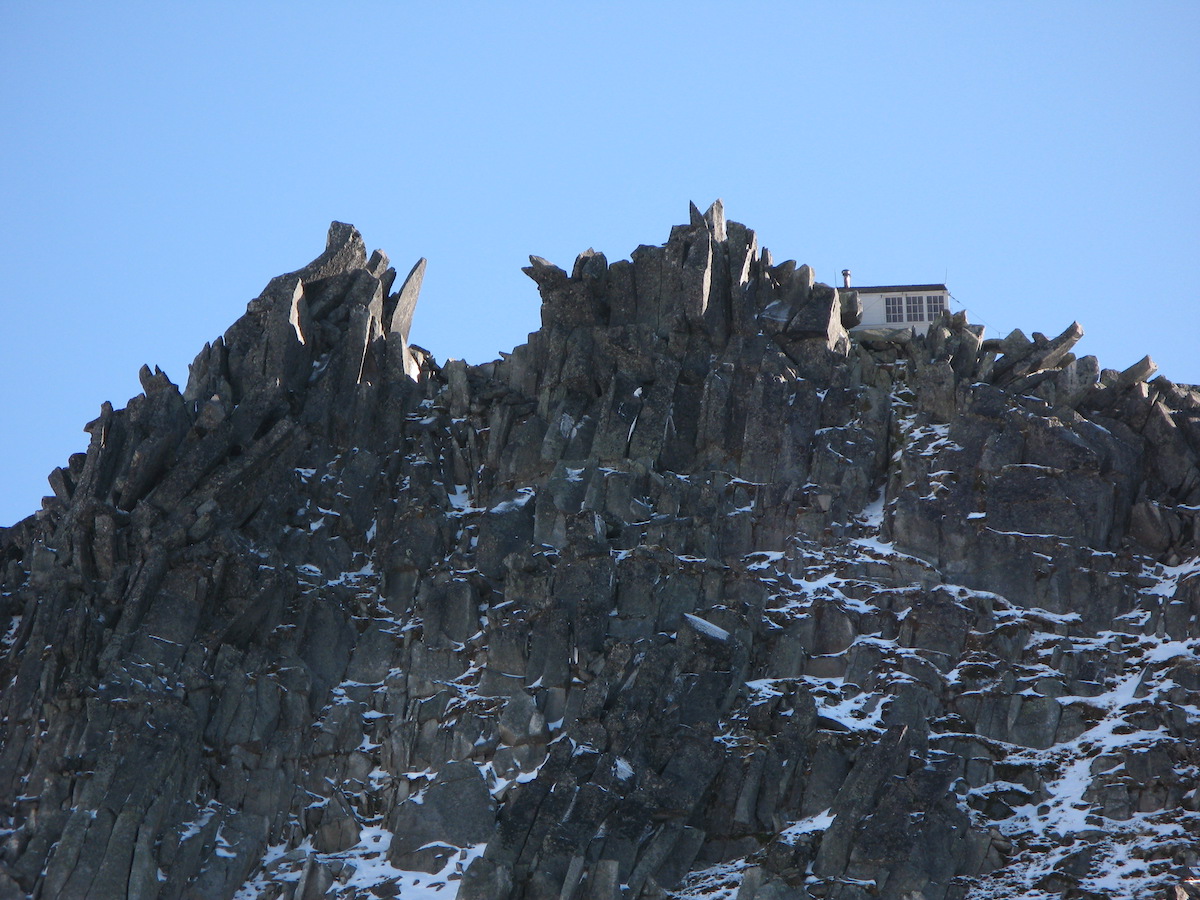 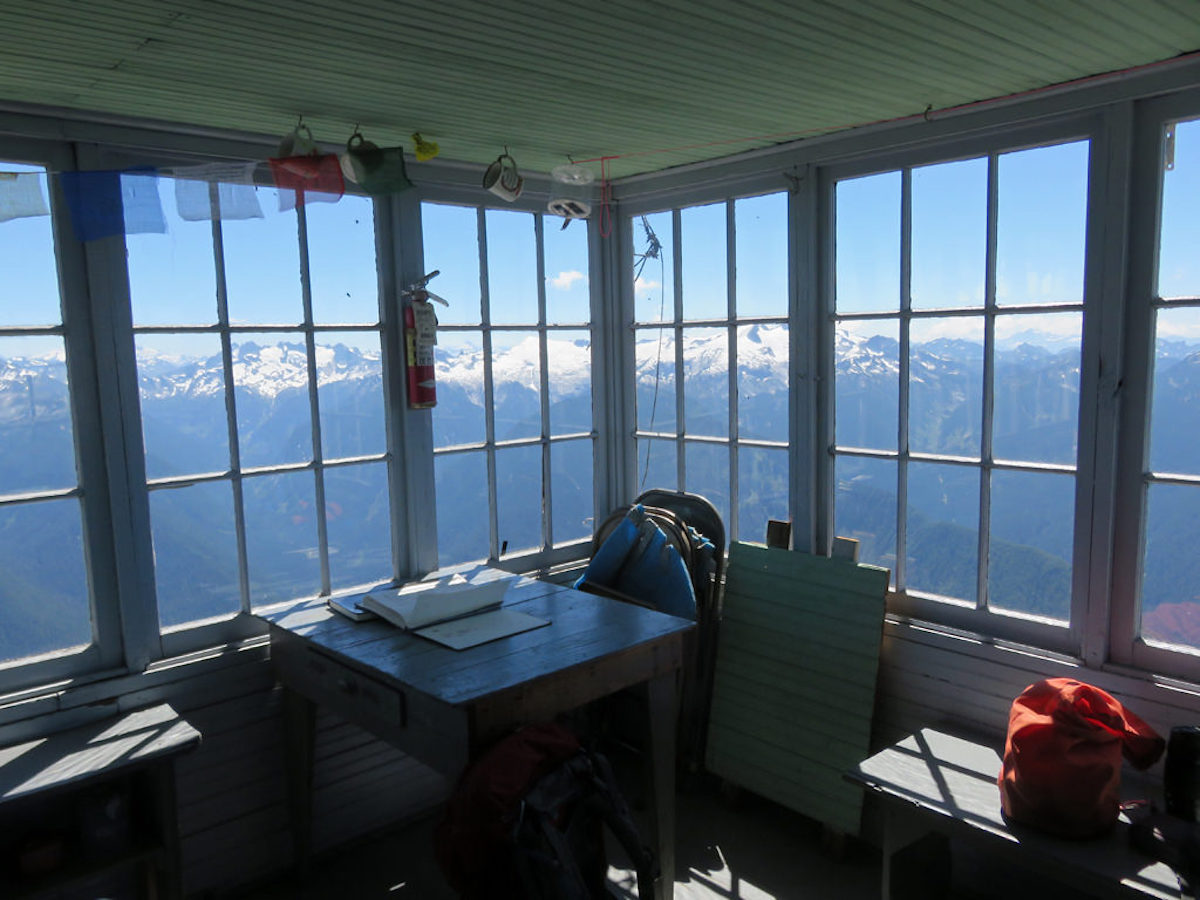 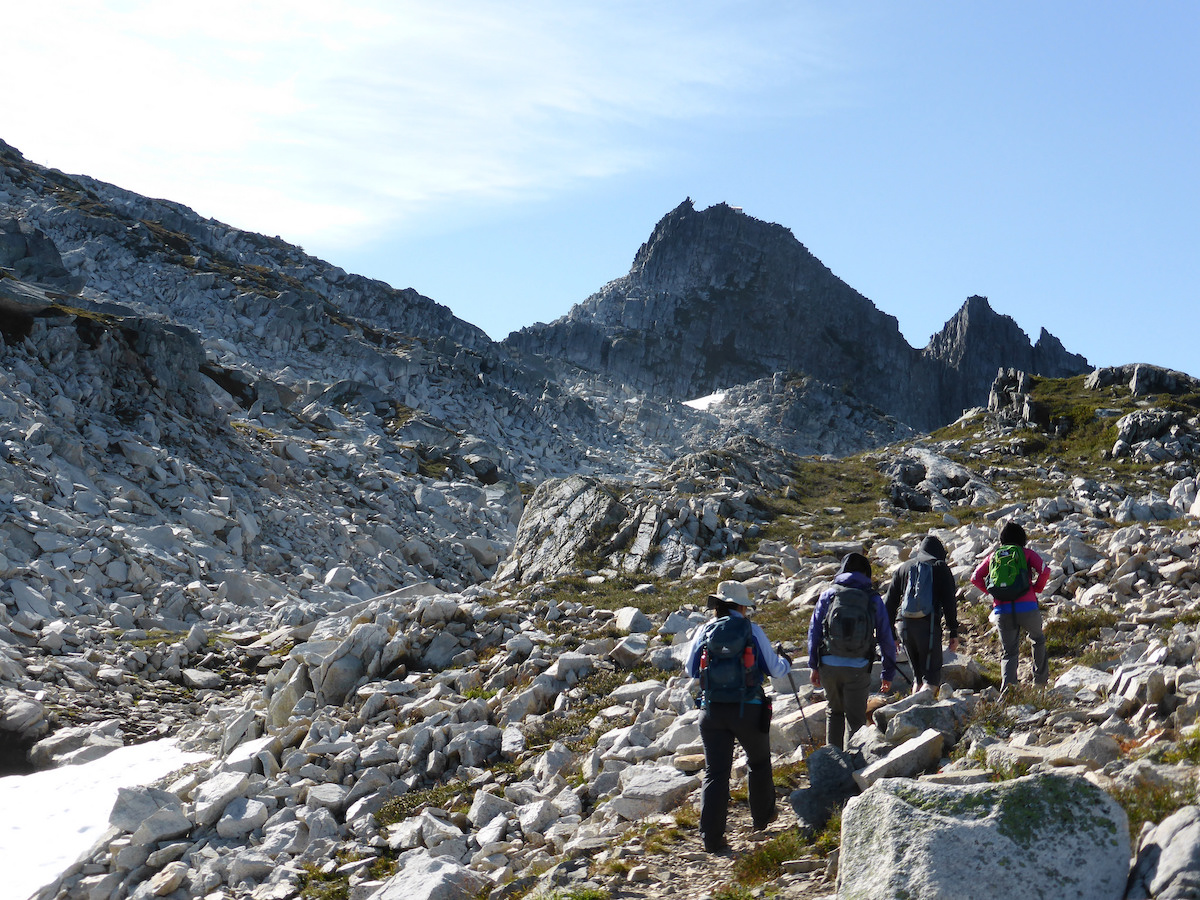 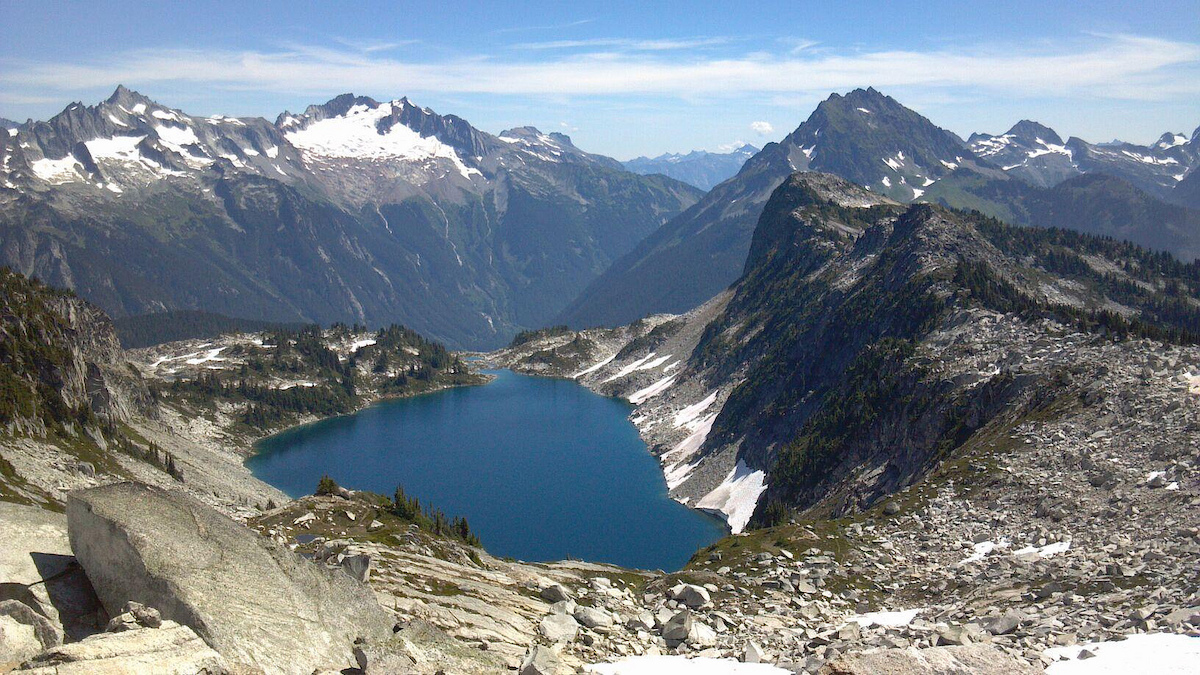