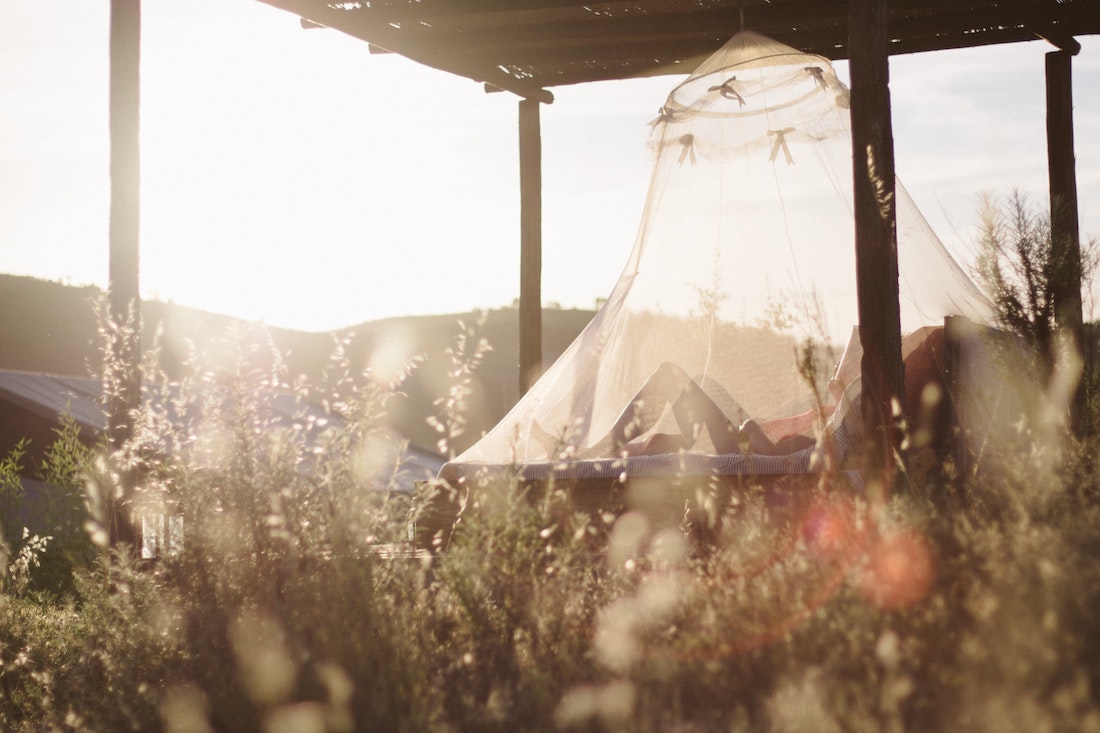 You probably know that mosquitoes are primarily attracted to the carbon dioxide we exhale. Or if you didn’t know that, well, that’s why the little buggers follow you around. We can’t smell it, but they can, as you sit there at camp, exhaling, basically emitting the mosquito version of the smell of delicious fresh-baked bread all over the place.

But, new research shows, there’s a second-level attractor that might be what prompts the mosquito to bite you: specific colors.

Scientists at the University of Washington collected a bunch of female mosquitos (males don’t bite), and put them in a container. When they pumped in a little carbon dioxide, the mosquitos got out little tiny bibs and knives and forks and looked around for food. Scientists then put little dots of color in with the mosquitos to see how they reacted. If the dot was blue, green, purple, or white, colors that have short wavelengths, the mosquitos ignored them. But colors with longer wavelengths, red, black, orange, for example, were like ringing a dinner bell.

In case you’re wondering, human skin, regardless of individual pigmentation, is firmly in the red-orange, longer wavelength spectrum.

Does this mean if you wear blue you’re less attractive to mosquitos? According to this study, of these particular buggers, yes. At least, the parts of you wearing blue.

“Imagine you’re on a sidewalk and you smell pie crust and cinnamon,” Professor Jeffrey Riffell, who led the study said. “You’d probably start looking around for it.”

But if you see things you don’t associate with pie, you’d likely ignore it. That seems to be the case with mosquitos too.

You can read more here, then we assume, head to your nearest outdoor goods store and stock up on all the blue, white, and green clothes you can get.