An Unintentional Review of the Land Rover Defender 110 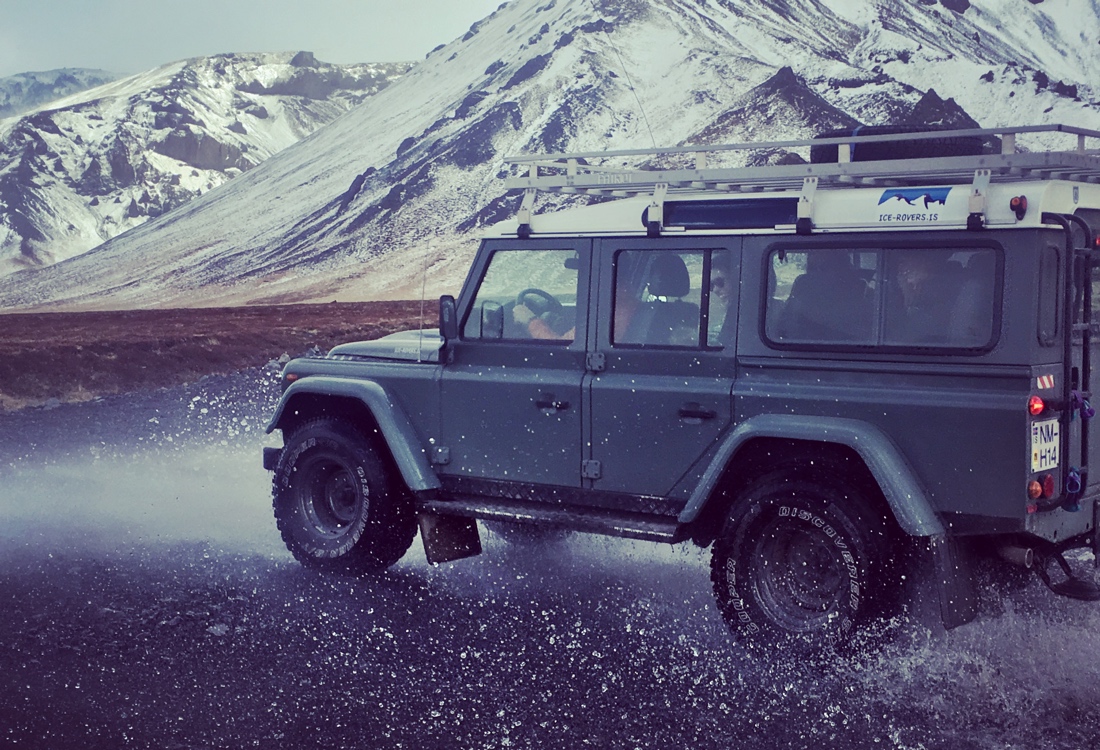 An Unintentional Review of the Land Rover Defender 110

There are over 4,000 stories in the Adventure Journal archives and occasionally we like to pull one from the shelves, a nice bright pine, if you’re wondering, dust it off, and put it back on the homepage for new readers to enjoy. Like this one, from online editor Justin Housman, from his 2018 trip to Iceland, that saw him fall in love with the finicky, drafty, but nevertheless irresistible, Defender 110. It’s been making the rounds somewhere on the internet lately, as we’re getting comments on it again, so we felt the universe was sending a signal to repost it-Ed.

I never expected to actually get to drive a late-model Land Rover Defender, but there I was in Iceland, just last week, starting up the Landie’s plucky 2.2-liter diesel motor, easing the long shifter into reverse, backing into downtown Reykjavik traffic, and setting out, giddy as a teenager, to conquer, or at least survive, Iceland’s snow-shrouded Highlands.

I quickly learned a few things about the iconic truck.

First, the driving position is terribly uncomfortable. The steering wheel presses up practically against your sternum. If it has power steering, I could not tell. It has the worst, most feeble speakers of any car I’ve ever been in. There is nowhere to put your left arm while driving. There is nowhere to put your right arm, either. The pedals are bizarrely shunted off toward the left, forcing you to keep your feet at a weird angle to your hips. It wanders all over the road at speed. The journey from zero to sixty is best measured in miles, not seconds. It’s drafty and either far too hot or far too cold. Snow once came drifting into the cabin while driving it, though the windows were sealed. Reverse and first gear are indistinguishable. There are brakes, technically speaking, though I’d hate to actually rely on them to stop this massive truck.

I would marry the Landie, if it would have me. 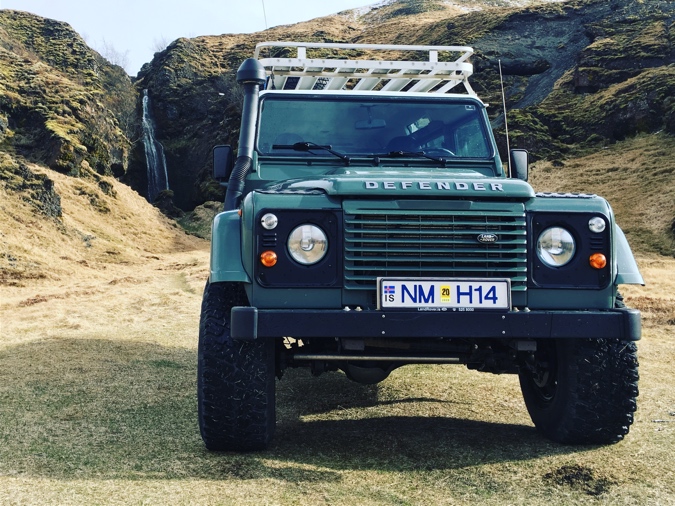 I was driving a 2014 model, built just two years before Land Rover pulled the plug on the Defender, ending a 67-year run. It doesn’t seem as though much has changed in the seven decades of production. This is a purely utilitarian machine. A tool. A vehicular hammer.

If you’ve ever driven a Range Rover or a Land Rover Discovery, the Defender will seem as very far removed from those refined, posh station wagons. And until you hit the rough stuff, you will wish you were driving a Range Rover instead of a Defender. It is painfully slow, and you can not ignore this vehicle or it will assume a line of its own on the highway and pull you into oncoming traffic. I hope you don’t want to hear any passengers in the backseats, either, because they may as well be sitting on the roof, such is the awful road noise.

But oh, when you hit that rough stuff. 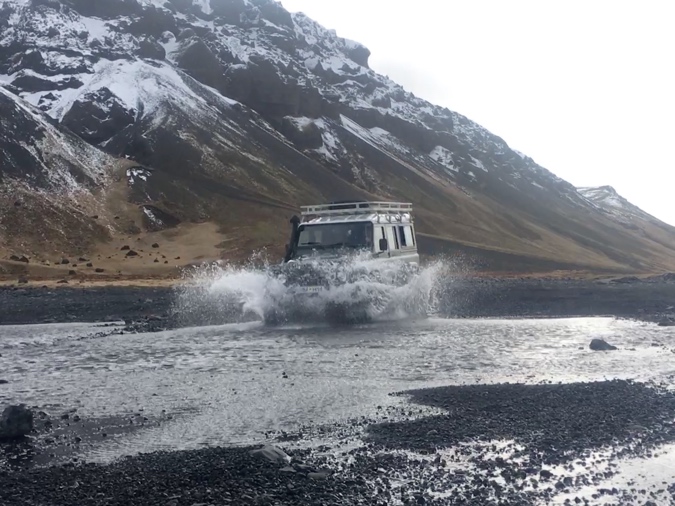 A few hours into my journey, on a backroad leading well north of Westeros’ Wall, I spotted a cascading waterfall reachable via a boulder-strewn “track.” The road was muddy, very steep, and going down the track I wondered if I’d bit off more than the Landie could chew for the return trip climbing back to the road. Ha. When it was time to leave, I didn’t even need to put the beast in four-low. It climbed up and out of there—in second gear, even—as if it was leaving the car park at a mall.

When later that day a blizzard dumped so much snow the gravel road I’d been driving on looked like the inside of a snow cone machine, the road visible only as a line of stakes that marked the edge of a cliff, the Landie powered on through, no drama, no sliding, no effort really.

A gravel road consisting of baseball-sized rocks felt like butter at 40 mph. River crossings came and went without a second thought. Soft, volcanic ash-mixed sand was a non-issue. Not once did the transfer case see four-low in two days of backcountry adventuring. 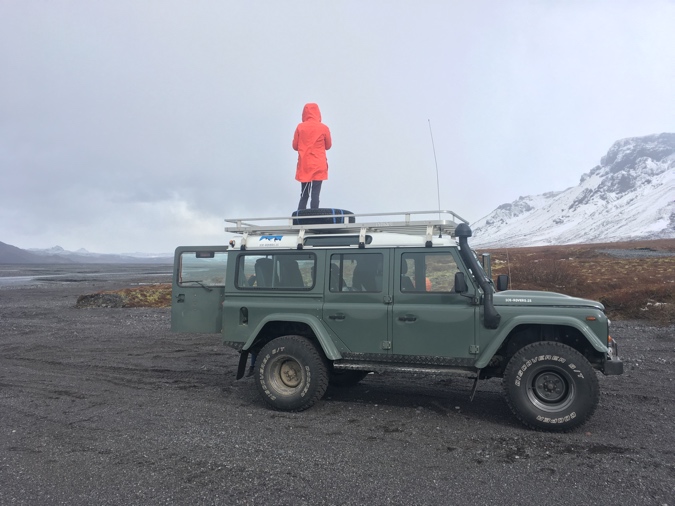 It’s about as offroad-capable as any reasonable person would ever need in a million years, right out of the box.

It also has no glove compartment, comically little storage space, the seats are uncomfortable, and it’s a Land Rover, so it’s falling apart somewhere even as it’s gamely transporting you to the edge of the earth.

And by god does it look incredible while doing it.

Finding one to buy yourself will be difficult. Land Rover stopped selling the Defender in the U.S. back in 1997, and even then they were only offered here intermittently. Good condition models from the 1990s will run you darn near or well over $100,000.

Nothing about the truck is worth that kind of money. If I had the means, I’d buy one in a blink. 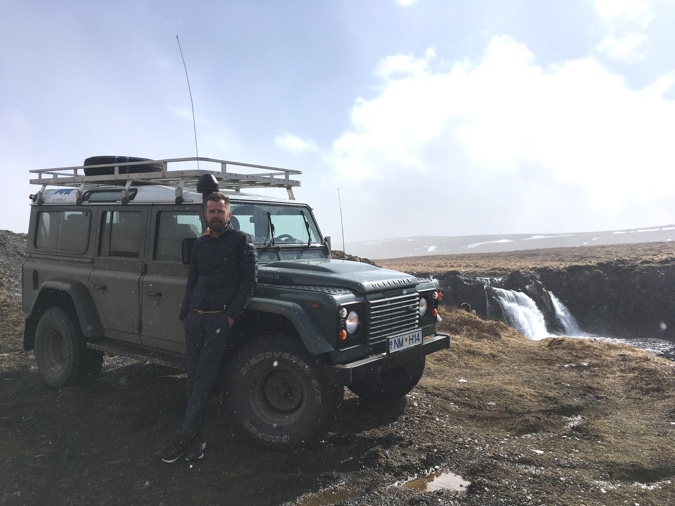