In Praise of Adult Beginners 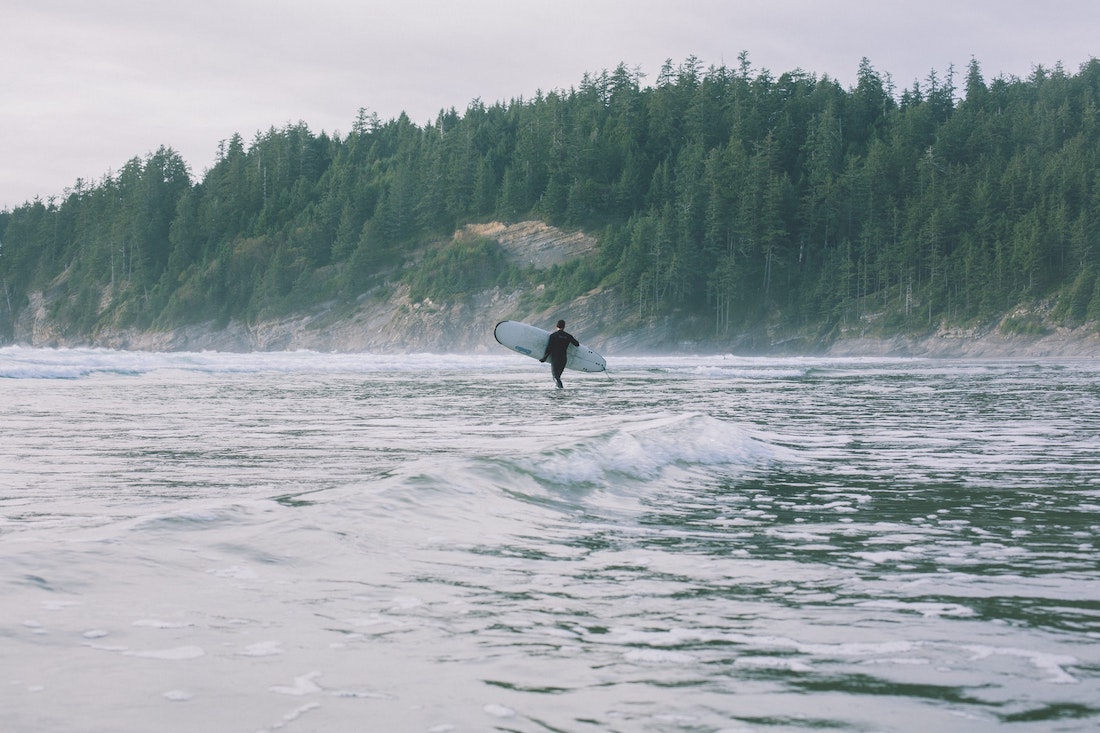 In Praise of Adult Beginners

Being a beginner sucks. There’s nothing worse. If you’ve managed to survive to adulthood while preserving even the tiniest, most minuscule shred of pride, it’s gone the instant you step out on a limb and become—God forbid—new at something.

Kids, on the other hand, can learn anything in five minutes and be smug little jerks about it the whole time. Mandarin Chinese, the violin, algebra, gymnastics, whatever. And, of course, surfing. Kids are infuriatingly good at learning to surf in the blink of an eye. Makes sense—they’ve got all the advantages. Bodies made of rubber. No fear of failure. Delusions of superhero-like invincibility. And, most importantly, their sole responsibility in life is to learn new tricks. That’s it. You fully fledged adults out there have nothing going for you should you foolishly decide to roll up your sleeves and learn a new physical skill. You’re comically out of shape, you’ve got a time-eating job, and you’re burdened with a massive ego that will do anything to keep you from looking like you don’t know exactly what you’re doing at all times.

None of that mattered to Elissa Steamer, 38 years old [at the time of this writing] and the greatest female skater in history. She’s a four-time X Games gold medalist and the only female character in the first five versions of the Tony Hawk: Pro Skater video game. But, as far as I’m concerned, a far greater accomplishment than those is that she’s also a newly minted surf rat who traded in her skateboard for a thruster just a couple of years ago. Even crazier, she did this at Ocean Beach, San Francisco, a truly terrible place to learn to surf that nails each side of the pain-in-the-ass surfing trifecta: punishing waves, freezing conditions, and uptight, surly locals. We’ve surfed together a bunch of times, but only recently did we talk about what it’s been like for her to adapt to a wholly different physical challenge as an adult.

Those of us…self-congratulating hardcore surfers typically ignore the experiences of adult beginners in surf culture even though their experiences are every bit as valid as our own. Same is true for most outdoor “sports.”

“Surfing was scary,” was the first thing she told me. This from a woman who gleefully hucked herself over all kinds of concrete doom throughout her career. “I remember thinking at first that, OK, paddling is hard, but once I stand up on this thing it’s on. But it wasn’t like that at all. Most of the pro skater friends I know who tried surfing got frustrated and quit.”

Yet, like every surfer before her, she loved how riding waves felt, so she kept at it, pushing her old skater life farther and farther into the past. When I asked how often she skated, she instantly responded, “Jeez. Hardly ever.” And how often does she surf? “Oh, almost every day. Today. Yesterday. Wait, did I surf yesterday? Sometimes I surf twice a day, three times if it’s super good.” Steamer may be relatively new to surfing, but she’s as much of a surfer as someone who caught their first wave when they were in kindergarten. [Ed. note: Since this piece was originally written, Steamer, an icon in the skate world, has jumped back on board the skate train in a really big way, and well into her 40s, is ripping skate parks alongside kids a quarter of her age].

We should probably be applauding people who have the iron will it takes to learn how to surf as adults. But usually we don’t. Instead, those of us who’ve been surfing since we were kids—us self-congratulating hardcore surfers—typically ignore the experiences of adult beginners in surf culture (unless we’re yelling at them because they’re carrying their boards incorrectly), even though their experiences are every bit as valid as our own. Same is true for most outdoor “sports.”

It’s as if we think that cold-shouldering adult learners will shrink their numbers, though we see them every Saturday, streaming like ants into surf schools across the country. Most lifelong surfers seem to think they’ve got a monopoly on surfing, believing that if somebody didn’t grow up at the beach, that’s it, they blew their only chance to become a real surfer. The scowliest stink-eye at your local break will go all gushy watching a toddler scramble to her feet on a soft-top to catch her first wave. Yet if that same toddler’s 35-year-old dad shows up at the beach and makes the mistake of trying to learn how to surf himself, his pasty-white ass becomes fair game for every pissy local’s vocal frustrations about overcrowding.

*Steamer, above, nicely slotted for a surfer who hasn’t been at this all that long. Gnarhunters is her skate/surf brand.*

It’s tempting to assume that because somebody hasn’t been properly shacked, they aren’t a real surfer, and it’s too easy to dismiss the enthusiasm of newcomers who get stoked on clean 2-foot days. I suspect that deep down inside we’re just envious of the neophyte’s easy stoke. Bummed out by the jadedness they reveal in us. Regardless, he’s got just the same right to learn to surf today as you did when you were a grom. Even if he is putting his leash on the wrong foot and tripping over it on the way to the water’s edge. Oh, beginners.

And groms have it so much easier than adults when it comes to dealing with beginner status. No emotional hang-ups about entering a world where they know they’re a bottom-feeder. Just imagine how that insecurity is magnified by being a world-class athlete in one sport and then waltzing into another as a sheepish newcomer.

I suspect that deep down inside we’re just envious of the neophyte’s easy stoke. Bummed out by the jadedness they reveal in us.

Steamer again: “I’m pretty self-conscious, but when I’d be at the skate park, I was always oddly comfortable. But when I’m in the water, it’s not like that at all. People will be paddling around me and be like, ‘Get outta the way, lady!’ and I’ll be thinking, ‘Oh yeah, I’m just a 38-year-old woman in the water. I’m not at the skate park. Nobody knows me. People just drop in on me and don’t give a damn.’”

Your average 30-something accounts manager who was so pumped after seeing Chasing Mavericks that she went out and bought a longboard and hits her local beach break every day before work isn’t all that different from Steamer. Maybe she wasn’t an X Games star, but, for a big chunk of her time, she’s giving up her comfortable, confident adult self to jump into a world where she lands smack dab at the bottom of the social pecking order. And you know what? For that, she deserves your respect.

One of our favorite books about an adult jumping feet first into a sports culture not welcoming to newcomers is Daniel Duane’s Caught Inside: A Surfer’s Year on the California Coast.