Sleeping Alone in Your Car 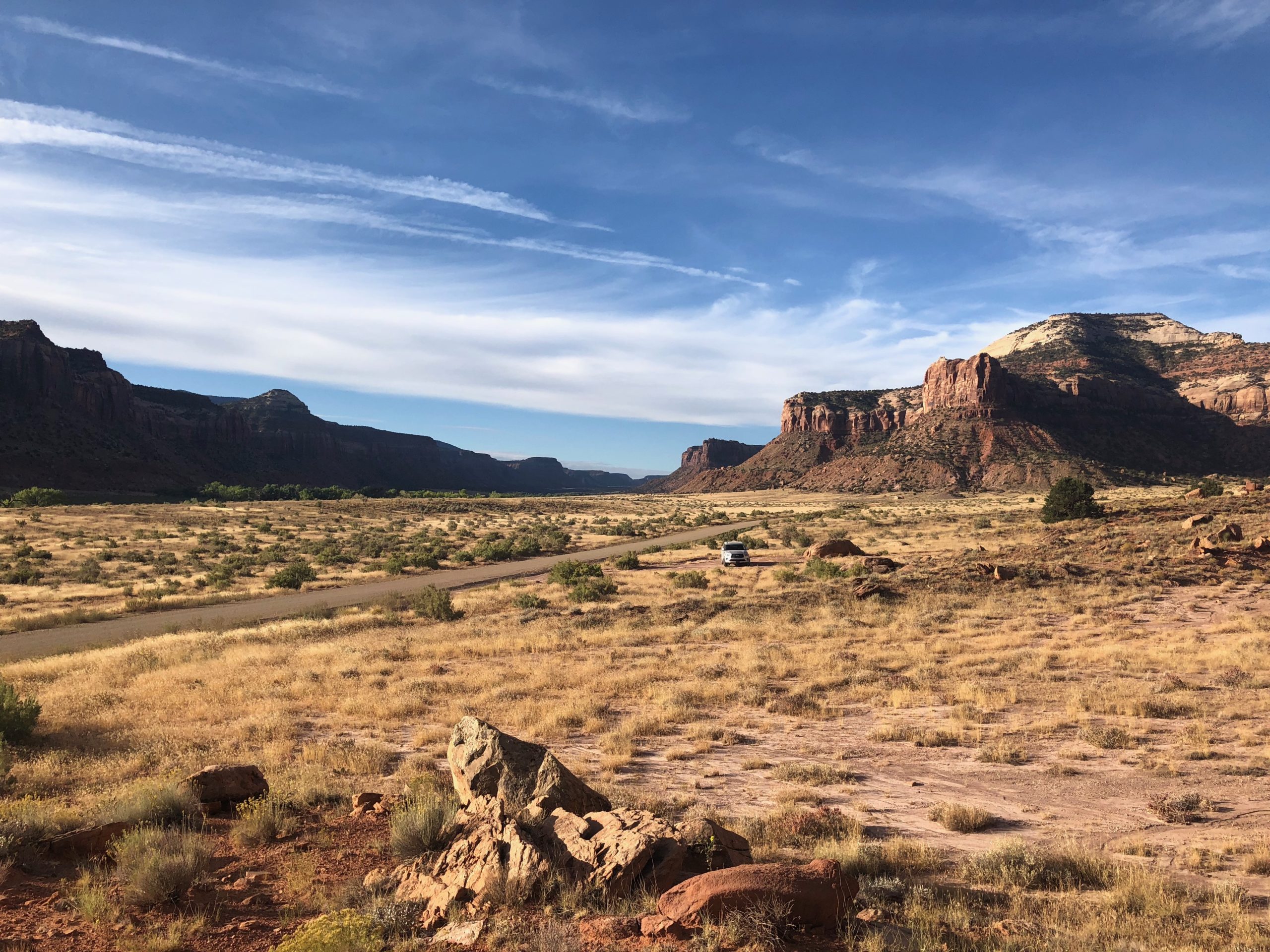 Sleeping Alone in Your Car

I bought my car, a teenage Subaru with three hubcaps and two working windows, because I knew I could stretch out in the back. I tried it before I bought it, popped the hatch and lay down in front of the confused owner. “I’m pretty tall,” I said, as he gave me sideways eyes, “I just have to check.”

That summer, I moved down to the Front Range from the mountains and on weekends I couldn’t get myself out of the city fast or often enough. I was trying to pretend I was still a raft guide, in denial about my sort-of-real job. On Fridays I’d head down 287, toward the Arkansas River, where my friends were living semi-vagrant lives in tents and the backs of old buses. Sometimes I’d have to pull over and sleep on Forest Service roads on the way, sometimes I’d make it to town late, pull the Subie up in the tent village, and pop the hatch.

You sleep light in the back of a vehicle, because there’s always the chance someone might be looking at you, even when you’re 19 miles up a lonely dirt road. Actually, that’s when it’s the worst, because the people in your head when you’re out there are the real creepers. I feel more exposed in my car than I do in a tent. The glass seems more permeable than nylon.

But there’s freedom there, too, if you can shake the paranoia. When you’re camping in your car you have ground speed, ease of movement, zero set up time. You can drive until you get tired and then stop. It doesn’t really matter if you made it.

When you set up your tent, you’re making a statement, you’re there for the night, you’ve arrived. You park your car, you could be gone any time, maybe you’re just closing your eyes for a minute. You can sleep in your car in far more obvious places – Walmart lots, for instance – than you can camp. Especially in the West, where so much land is public, you’ve got options.

You can fit two people in the back of a vehicle, sometimes three, but one is ideal. I learned that halfway between Moab and the Grand Canyon, in the corner of Utah that’s all Indian reservation and empty sandstone. Past midnight we stopped for gas, then pulled over up the next dirt road, popped the hatch, got into our sleeping bags. We spent four uncomfortable hours with our knees in each other’s shins, then gave up and got back on the road before dawn.

I hadn’t tested the back for two people, because I hadn’t really needed to. If you’re traveling with someone else, you usually have a plan, somewhere to sleep, someone to set up a tent with. It’s not as easy to fill up your coffee cup and drive into the night, figuring that you’ll figure it out when your eyes get heavy. As a girl it’s sort of scary to strike out solo, but it makes more sense.

So I’ve learned that I sleep best in the back of my car alone, with people I know around me. Destinations are ideal: no stress, no imaginary creepers of the lonely road. One night before putting on Cataract Canyon, I rolled into Potash late, after the rest of the crew had already rigged the trip. I pulled in between the boats, the Colorado slipping at the beach behind me. I’d packed the trunk full of real beer in Fruita – my contribution to the trip – so I dragged my dry bag and enough cases of PBR to make space for my body out of the back, then curled up in my mummy bag. I slept hard.

The NEMO Roamer is about as comfy as sleeping pads get; well, at least the kind that can fit into any car. $230, and worth every penny.

Want a down pillow that rivals any you might have at home? Sea to Summit has you covered with the Aeros. Spring for the large and don’t look back. $70

We love the Luno Life custom air mattress system. If they make one that fits your car, give it a try. $225.