Meet Charlie Russell: The Man Who Talked With Bears 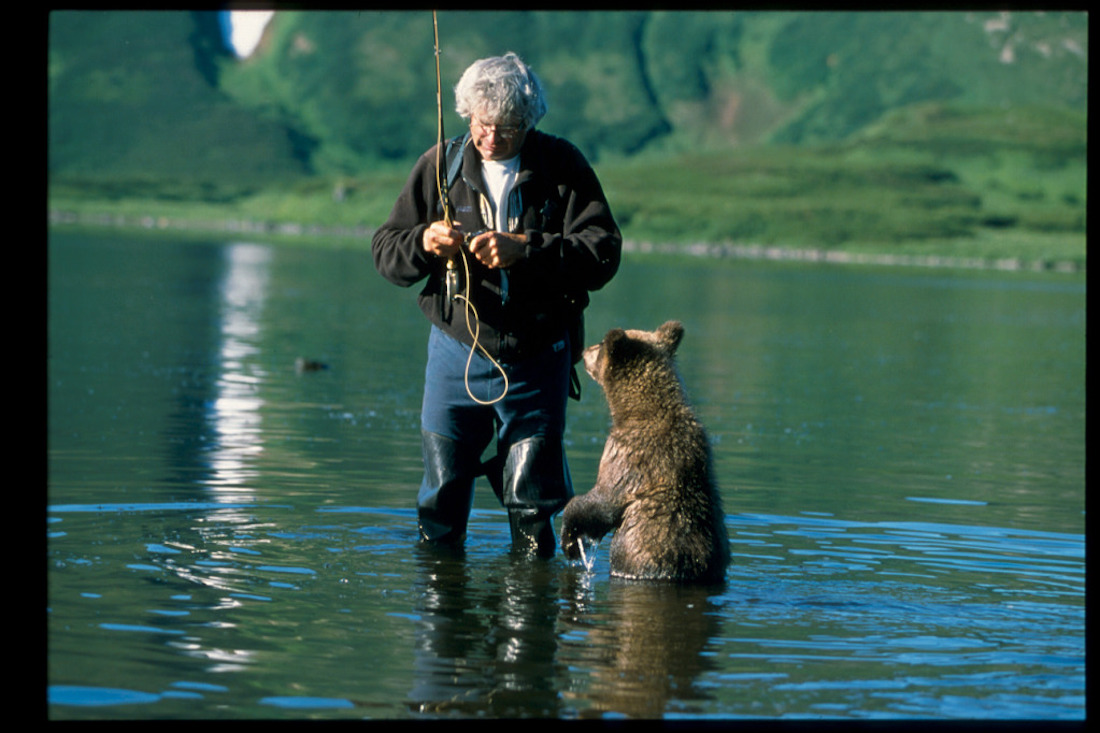 Meet Charlie Russell: The Man Who Talked With Bears

Charlie Russell was a naturalist who specialized in close relationships with grizzly bears. Well, as close as species temperament and safety would allow, anyway. Russell grew up in Canada, the son of a naturalist who worked on a bear documentary. The experience profoundly changed how Russell viewed bears; when not viewed as a threat, he believed, bears were perfectly cordial toward humans.

Russell was not a college-trained naturalist or biologist. He simply lived around bears, let them be his teachers. He spent many years studying brown bears on Russia’s Kamchatka peninsula with his partner, Maureen Enns. The two lived in proximity to bears, learning their distinct personalities, coming to believe that in an area rich with poachers, the bears viewed them as harmless and co-existed peacefully.

He believed the bears were highly intelligent, capable of discerning threats, and were unfairly painted as bloodthirsty, aggressive forest monsters. His views have been influential among bear researchers and those who advocate for non-lethal relationships between bears and ranchers.

Earlier this year, Talking with Bears: Conversations with Charlie Russell, by Gay Bradshaw, was published by Rocky Mountain Books. It’s a delightful read, full of illuminating interactions between Russell and bears, illuminating mostly in the way they show not friendship, exactly, but what the bears are like when not viewing humans as rifle-wielding threats.

Below is an excerpt of the introduction, courtesy of Rocky Mountain Books. 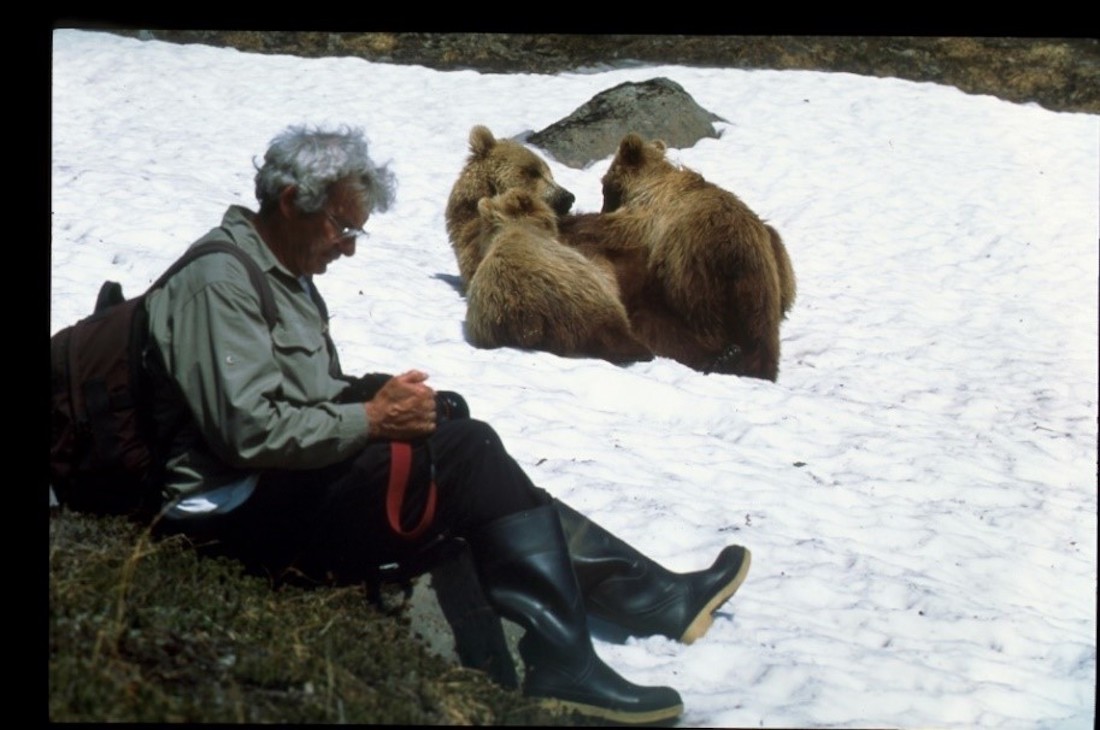 The ring of stones lay like a tiara on the crown of a clearing. There were 24 stones. He thought that they looked odd, out there on their own, sitting in a circle. His nose lifted in the air involuntarily. Human, he smelled human. That wasn’t a good sign. Most things about humans never came to good. The stones did not seem dangerous; they didn’t look like they were hiding anything but, he hoped, clusters of luscious larvae. He looked up as a raven flew by.

A few minutes passed. He would try one, he decided. Ambling over to the nearest stone, the bear tucked the claws of his right hand underneath and turned it. Nothing happened. There was nothing under the stone, either. He moved to the next stone in the circle – same thing, nothing. Again, then again, and this time the underside of the turned stone revealed pale wriggles of larvae. A smile passed over his face. His tongue curled down and licked them up. So, the bear thought with satisfaction, the odd ring of stones was worthwhile after all.

“I like sleeping outdoors – that way, I can hear the grass grow.” This handful of words describes the essence of Charlie Russell, a man of quiet, open love. His was a love that mother bears possess: unconditional, full of warmth, fierce and undergirded by a strict and forthright ethic. It is unsurprising that bears were his passion. He understood the importance of their heritage and station in the broader terrain of life. He admired them, their refined sense of place, ethic of equanimity and commitment to stand their ground. Bears embodied his own thirst for honesty and fairness. “I am in search of truth – that is what my life is about. People often accuse me of having to be right. I don’t know what’s wrong with that. When I was in the middle of Kamchatka in my plane or anywhere else out on my own, I had to be right. If I wasn’t right, I’d be dead.”

Spoken like a bear. All living beings depend on being right, on knowing and acting on the truth. This truth is the frankness of nature’s rules of reality. When reality is misjudged, there is always a consequence, sometimes minor, other times less so. A grizzly reaching out to catch a large, fat salmon may misjudge his balance, miss the fish and get a dowsing. A deer leaping over a deadfall to escape a wolf’s pursuit may miscalculate the distance, stumble, fracture a leg and succumb. Charlie lived this reality and followed the rules.

His insistence on being right had nothing to do with winning an argument. He used every opportunity, in deed and discussion, to understand the intricate workings of reality. He was unsettled when pieces of a conversation or situation didn’t fit. No matter how seemingly mundane, every detail was important and required investigation until the pieces fell into place. That’s the way nature works, he’d say. Things have to fit together on the inside as much as on the outside – they have to make sense in order for things to work right. 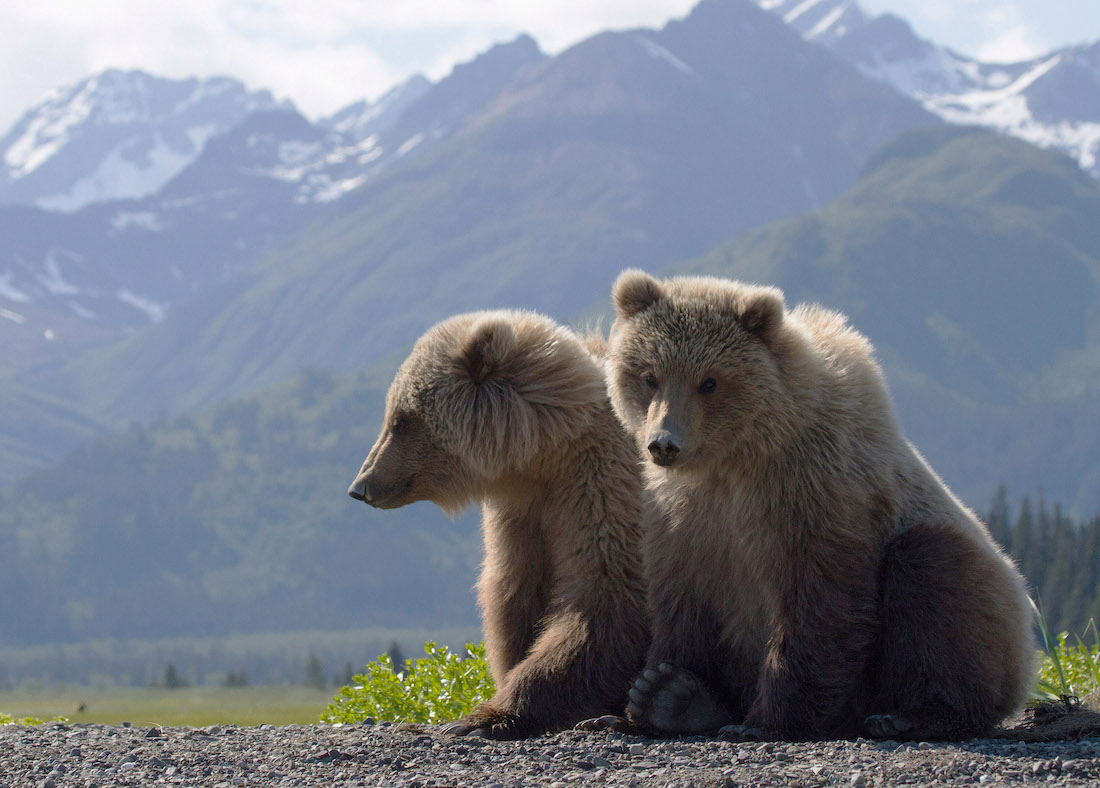 Charlie achieved this understanding by experience. He read and listened, but his primary source of knowledge came firsthand. Nothing was assumed until facts were verified mentally and physically. “I’ve always learned things by doing. It’s how I know what is real and what isn’t. I relate what I know to what I’ve experienced.”

“Bear” was not a generalization floating in some abstract hypothetical world, but an individual he met in the here and now of nature in the flesh. “Bear” was a bear, a particular bear with a particular history whom he had met under particular circumstances. Getting to know that particular bear included getting to know the woods, water and wildlife with whom she lived. She was no different than a quaking aspen who is known by his limbs and leaves but who is, nonetheless, connected to the complex of roots from which he grows.

“When you want to get to know someone, you have to live in a place season after season, year after year. If you pay attention to what is going on, then you can begin to see how everything and everyone fits together. That’s how you build trust – by respecting someone enough to take time and care to understand.” It was this understanding that enabled Charlie to see what was invisible to others, such as who or what was present, even when seemingly absent.

Pick up a copy, here, or here.

Russell wrote several books about his experiences with bears. Grizzly Heart : Living Without Fear among the Brown Bears of Kamchatka, written with Maureen Enns, is the easiest to find.