There’s a Catch, But You Can Now Buy An Awesome, All-Electric 1966 VW Bus 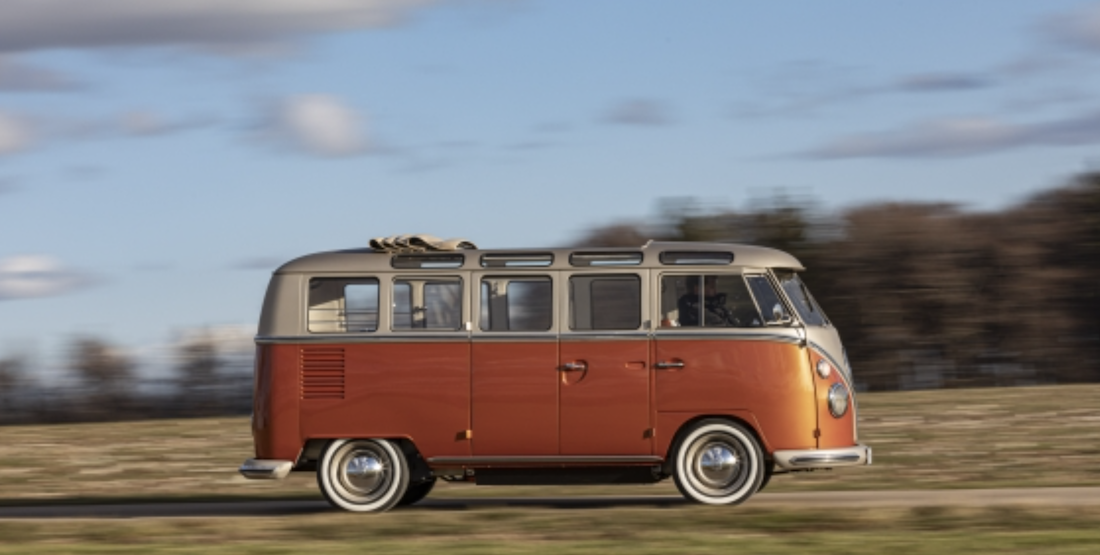 There’s a Catch, But You Can Now Buy An Awesome, All-Electric 1966 VW Bus

VW Buses are wonderfully quirky looking but less wonderfully quirky performing and are, quite possibly, the worst vehicle to find yourself behind puttering up a mountain road. Nevertheless, they possess an undeniable charm that not even their younger sibling, the Vanagon, can measure up to.

Today, you can upgrade the heck out of the performance, ride, handling, and interior of those charm-mobiles, while keeping the exterior wonderfully quirky with a re-tooled upgrade package called the E-Bulli. It’s a full-on electric conversion that also modernizes the suspension and interior components of a 1966 Type 1 “Bulli” bus.

VW partner eClassics is responsible for the new powertrain, and, on paper, it’s reasonably compelling.

Gone is the original 40-something horsepower gas engine. In its place, an electric motor that doubles power output to 82 horsepower and 156 lb-ft of torque. Top speed in the old version of the bus was a plucky 60 mph. The E-Bulli can cruise silently at over 80mph. Well, silently as far as the engine is concerned. God help you when it comes to the wind noise of that flat-faced front smashing into the air as you cruise the highway. 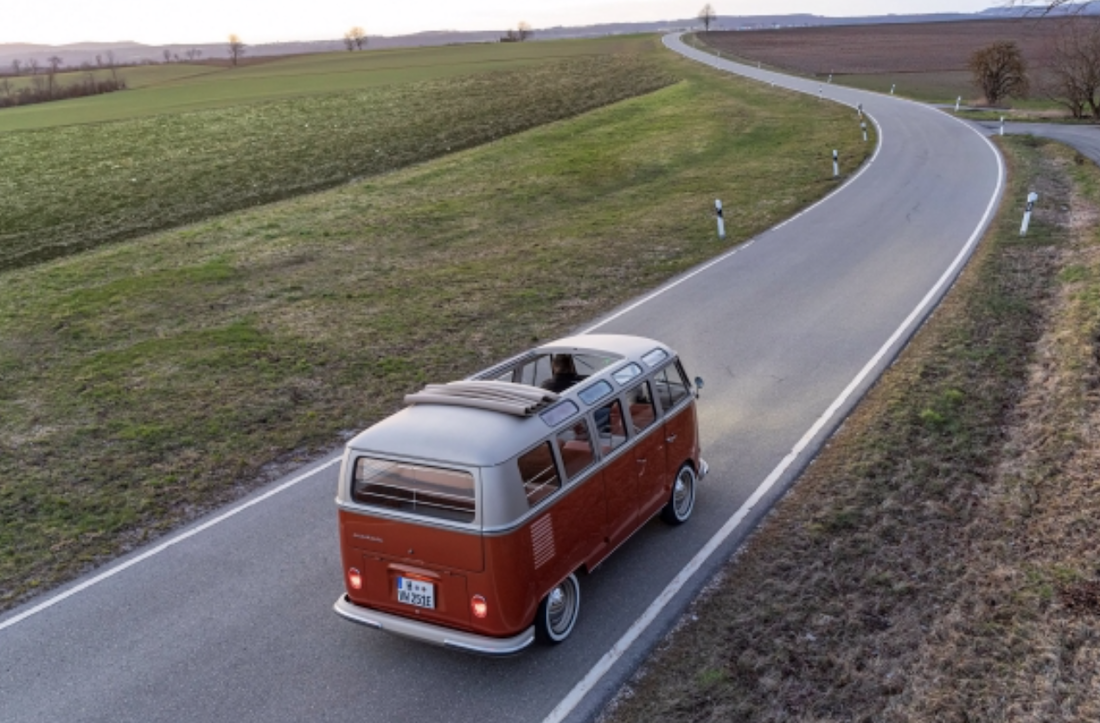 That doubling of power means the E-Bulli can take the VW Bus into entirely uncharted territory for the old cruiser—the passing lane.

The chassis is all new. Multi-link front and rear axles and with coilover struts, an all-new rack and pinion steering system, and disk brakes at all four wheels means turning, cornering, and braking all happen with 21st century levels of confidence. Part of that handling improvement is based on the weight of the battery pack at the bottom of the bus; having said that, the original bus sported a flat-four boxer engine which already kept the weight down low, so it’s unclear how much of a performance boost we’re talking about here. 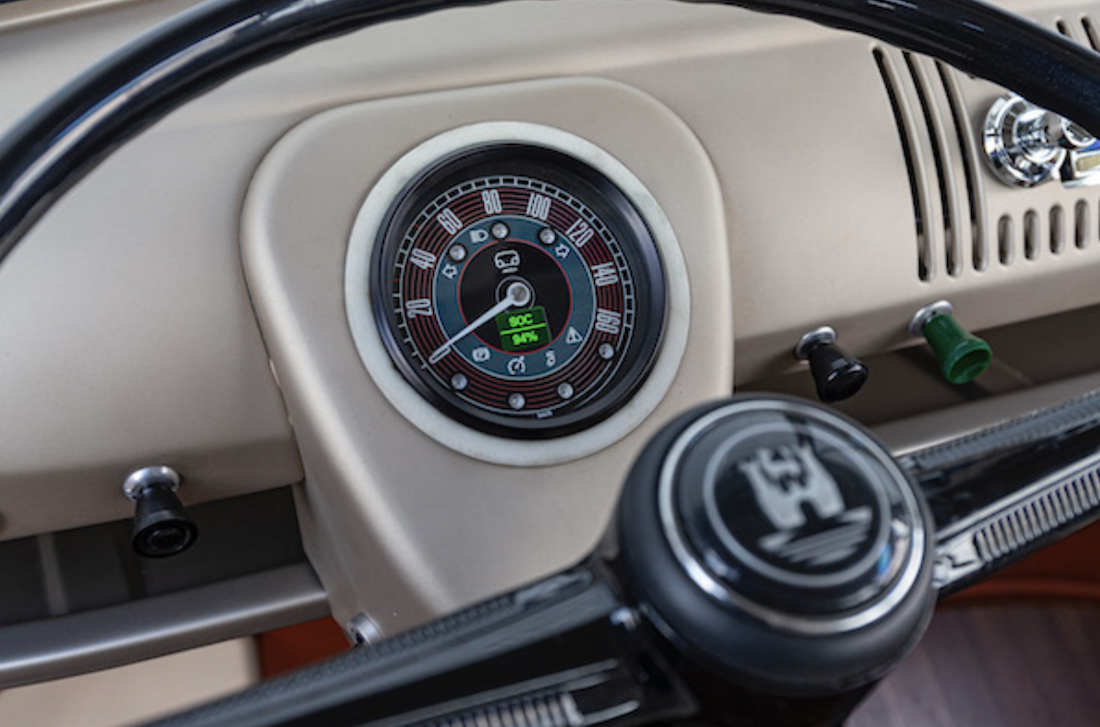 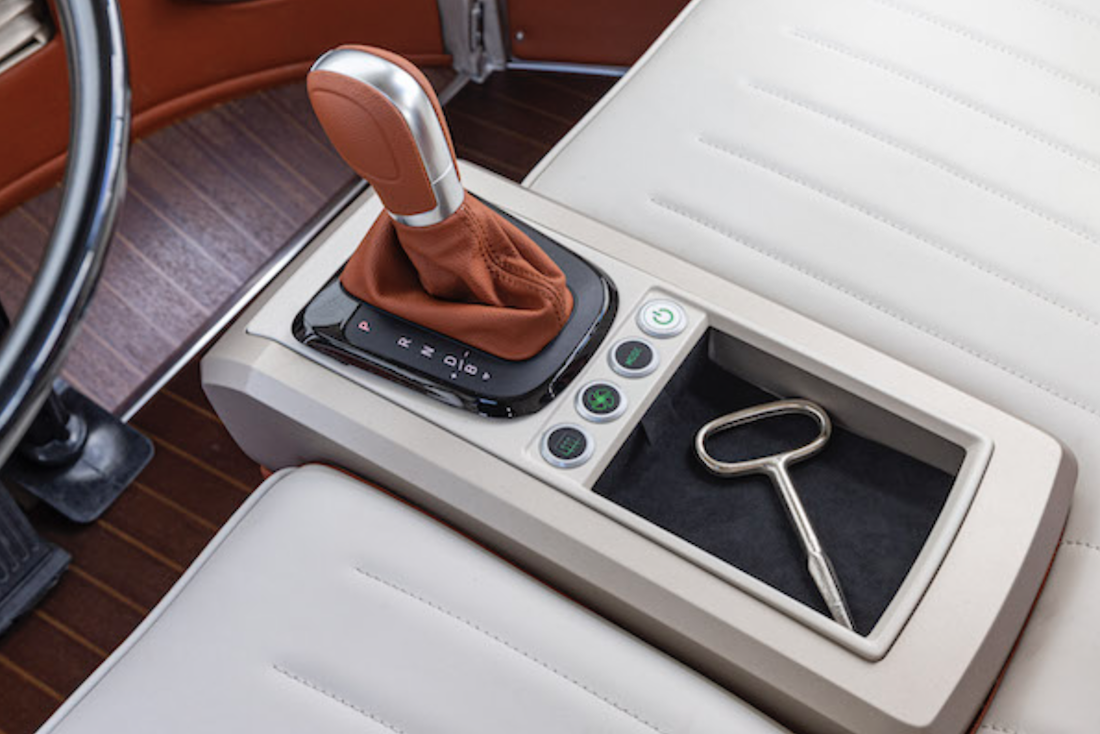 Of course, you want to know about range. It’s not great at 125 miles or so on a charge, but, well, a few years ago that would have seemed perfectly acceptable. Unfortunately, though, this is a van that begs for road trips, so that range could be an issue. It charges at a decent clip, with the ability to get 80 percent capacity back after a 40-minute charge. But, let’s be real, you’re not buying this for its range.

Often restomod projects really shine when it comes to the interior, and the E-Bulli looks like a real winner here too. The speedometer looks just like the original analog version, but this one is LED’d up to indicate range. The gear shift is modern but somehow doesn’t seem at all out of place. A tablet to display all the fancy info you’d expect in a 2020 vehicle is positioned on the roof, a brilliant design that keeps the futuristic bits totally separate and unintrusive. 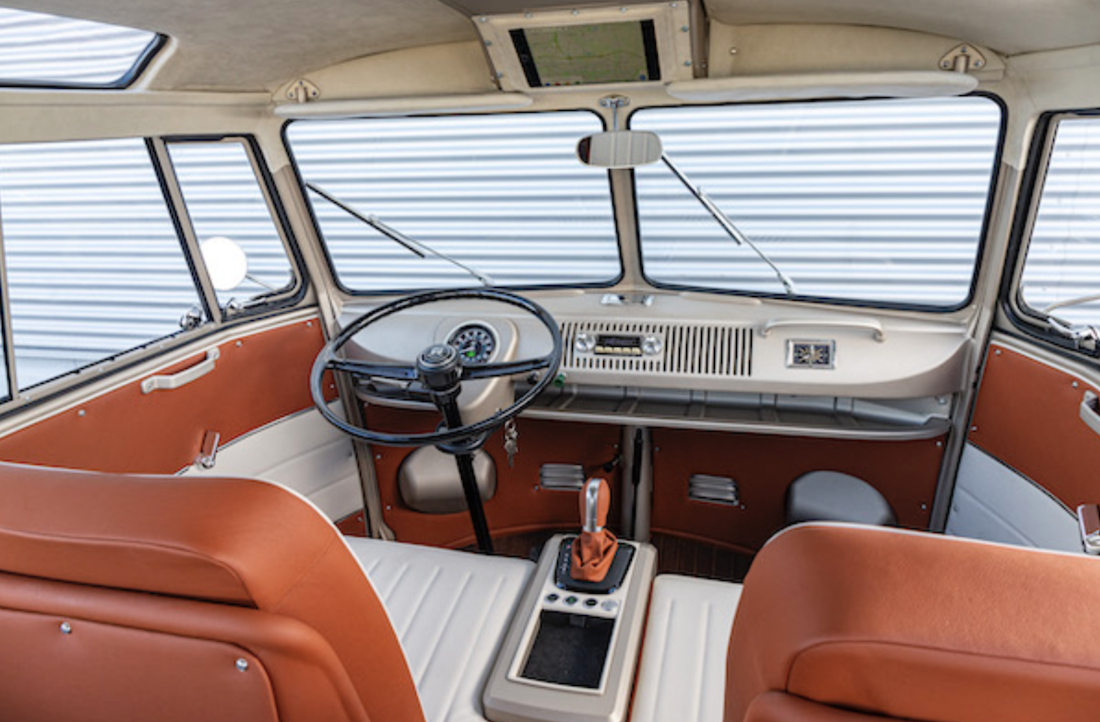 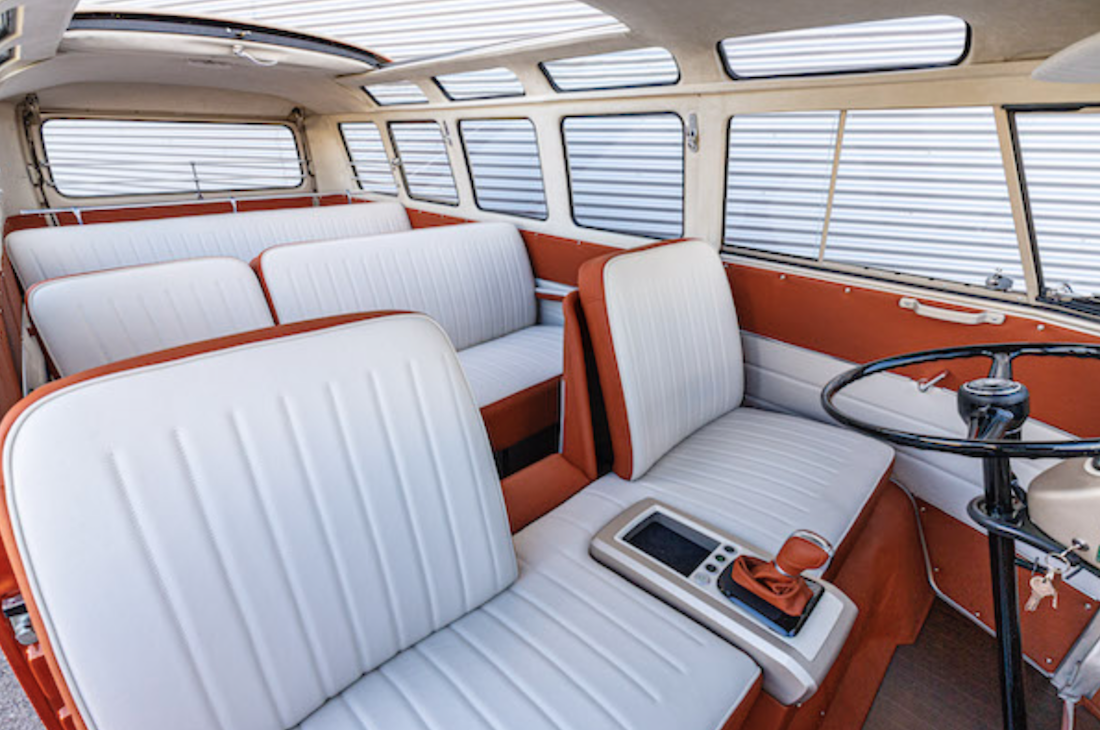 It’s an eight-seater, with tasteful leather, a two-tone color scheme, and a rich hardwood floor. LED headlamps and flashing indicators telling you how much charge you’ve accumulated round out the modernized exterior bits.

All of this for a not entirely unreasonable price of roughly $70,000.

Now then, that catch we mentioned: It’s a European operation. Unclear as to whether or not eClassics and VW would build and ship one to the US. All we know for now is that it’s available from VW in Europe and select dealers who send out for the conversion kits.

VW is, theoretically, to unleash the e-van called the ID. Buzz at some point in the US in the coming years, a concept designed with the original VW Bus in mind. In the meantime, or perhaps just instead, you could have this electrified actual VW Bus.

Wanna geek out on VWs from years past? Check out “The Complete Book of Classic Volkswagens: Beetles, Microbuses, Things, Karmann Ghias, and More.” Available here.

Friend of AJ Foster Huntington’s book “Van Life: Your Home on the Road” is a rad guide to all things van life. Get a copy here.