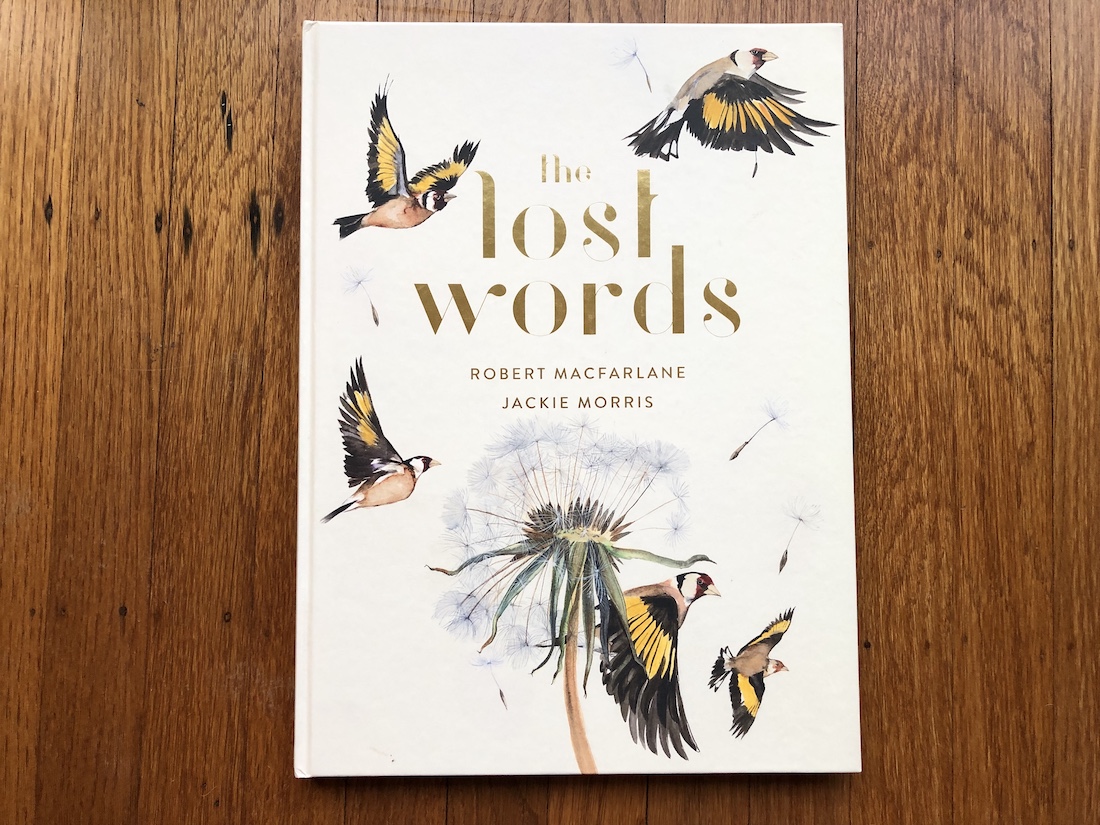 Back in 2007, the Oxford Junior Dictionary printed a new edition. Now, one of the most interesting navigation tools for finding one’s way in the tossing cultural seas is a modern dictionary. The best ones track word usage, adding words that have gained footholds in our consciousness, dropping others that have seemingly lost import. The British naturalist writer Robert Macfarlane, one of our favorite authors here at AJ, noted that that new OJD omitted words describing the natural world, like heron, leopard, nectar, and buttercup, for example, but had added words like celebrity, voicemail, and blog, among other soulless terms describing a distinctly unnatural existence.

Macfarlane was bothered by this. He’s deeply concerned by the power of words to shape our awareness of the world around us, and knows that words are like a muscle; they atrophy and wither when not in use. Macfarlane takes joy in the complexity and richness of our language and wants to not only preserve words that may be falling out of use, like he did in his 2015 book, Landmarks, but remind us of what may be slipping through our fingers if we let words pass away. And if children stop using words, well that’s pretty much that for those terms. 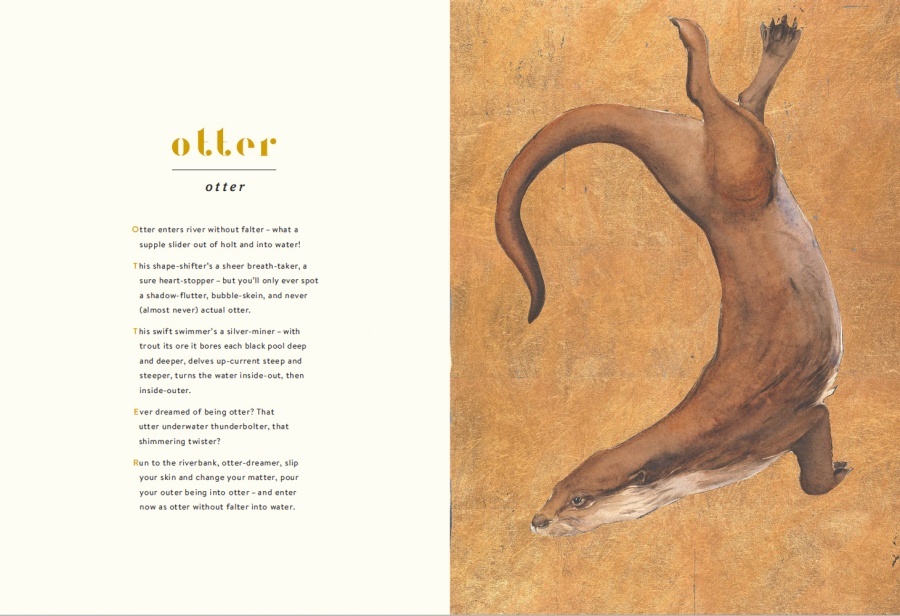 Researchers have shown that people are losing their ability to identify common animals and plants. Barn owls, sparrows, species of tree, we’re confronted (people as a whole, not necessarily AJ readers) with the natural world less than we are the digital. Macfarlane considers that a shame.

Thus, Lost Words, Macfarlane’s lavish, oversize illustrated book seeking to recapture the words the OJD left out. It takes 20 of the words left out of that dictionary and elevates them with poetry. This looks like a children’s book, and perhaps in some ways it is—it was inspired by a children’s dictionary after all. But the poetry is sophisticated and beautiful and dusted with a kind of knowing darkness gained only in adulthood, that words and things can be lost, forever.

My favorite is the first, acorn.

As flake is to blizzard, as
Curve is to sphere, as knot is to net, as
One is to many, as coin is to money, as
bird is to flock, as
Rock is to mountain, as drop is to fountain, as
spring is to river, as glint is to glitter, as
Near is to far, as wind is to weather, as
feather is to flight, as light is to star, as
kindness is to good, so acorn is to wood.

The illustrations, by Jackie Morris, are stately watercolors painted in muted earth tones. The book resembles autumn in form, color, and spirit. Subdued but rich and vibrant with life. 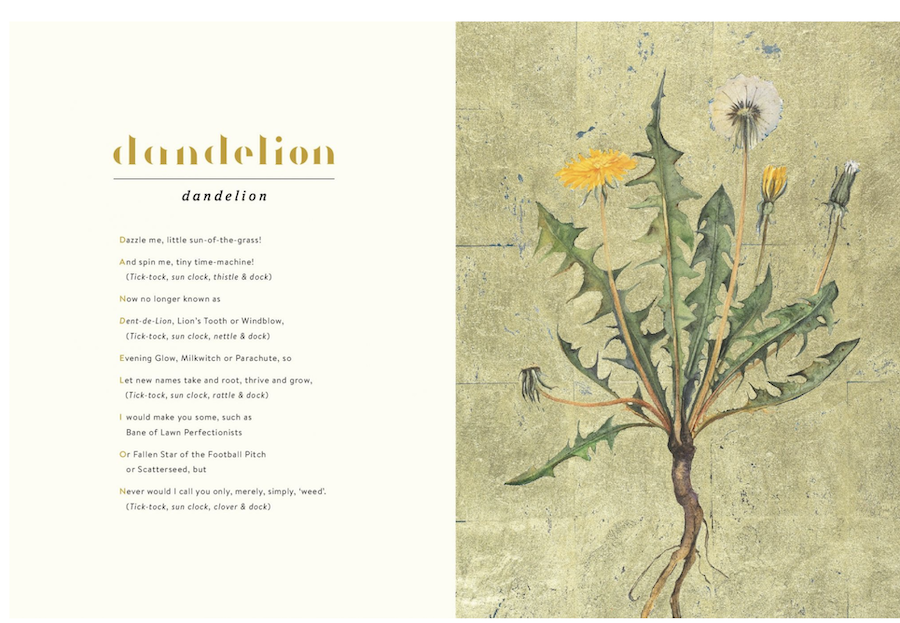 We’re losing animals and plants every day. At breathtaking pace. A book like this, through ways only poetry can, reminds us of this without dry statistics, without doom and gloom warnings. It celebrates that which is falling through the cracks of our consciousness, holding it back to the light.

Earlier this year, a group of musicians began touring England, singing the “spells” of the book. A collection of those songs was made available last month.