The State of Colorado Tries to Block River Access 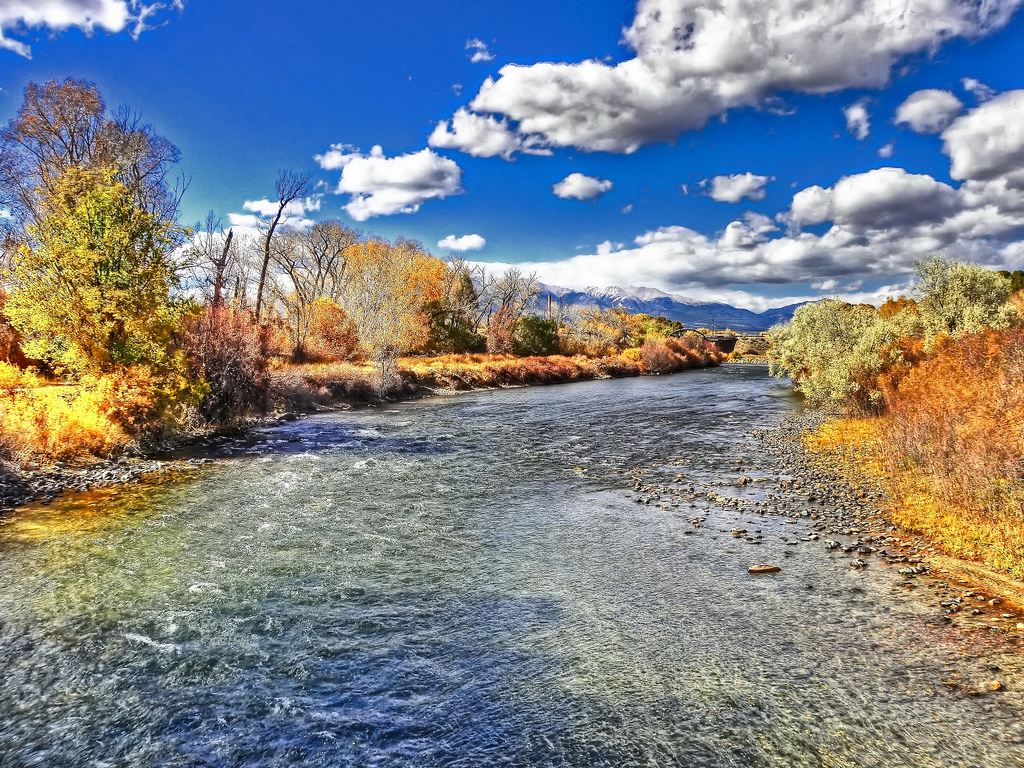 The State of Colorado Tries to Block River Access

If you care about fishing or boating Colorado’s rivers, this ongoing legal case should have relevance for you. Roger Hill is a 76-year-old Coloradan who likes to fish while standing on the bed of a stream. One of his favorite spots is a stretch of the Arkansas River below Salida.

A local landowner claims that Hill is trespassing when he stands on the streambed adjacent to the landowner’s property. He has responded by repeatedly throwing rocks at Hill while he is fishing and leaving threatening notes on his car. The landowner even shot at one of Hill’s fishing buddies, though he was thrown in jail for that little stunt.

Hill claims a right to fish from the streambed on the grounds that the stretch of the Arkansas River where he fishes is navigable and that the state of Colorado thereby owns the bed of the stream. So he sued the landowner.

Now, Colorado has moved to dismiss the case, arguing that it cannot go forward without the state’s participation. In a complicated argument, the state also claims that because it has not consented to being sued, the case must be dismissed. Mind you, the state could simply waive its immunity claim and support the right of people like Hill to fish. Instead, the state is actively seeking to block Hill’s claim that he has the right to access navigable streams.

The notion that states own the beds of navigable streams derives from a constitutional principle known as the “equal footing doctrine.” It provides that when states enter the union, they do so on an “equal footing” with other states. Though Colorado is home to many substantial rivers and streams, none have ever been officially declared “navigable” for purposes of determining title to the bed.

This is a much bigger problem in Colorado than in most states. In Colorado, you are deemed a trespasser if you merely float over a riverbed adjacent to private property. As a result, Colorado recreational boaters and fisherman use Colorado’s waterways at the sufferance of private landowners. One good way around this problem is to have them declared “navigable” for title purposes, and that is what Roger Hill is seeking to do on the Arkansas River.

The U.S. Supreme Court considers waterways to be navigable for title purposes if they were used or could have been used at the time of statehood as highways for commerce. It is well known that fur traders used the Arkansas River to move their furs, and loggers once sent hundreds of thousands of logs downstream for use as railroad ties. That seems to be evidence that the state owns the bed of the river — not in the conventional sense of a party owning land, but as a protector of public rights.

The Supreme Court’s most eloquent expression of the state as protector of access came in the context of a decision upholding Illinois’ rights to the bed of Lake Michigan in Chicago Harbor. According to the Supreme Court, title to the bed of navigable water bodies “is a title different in character from that which the state holds in lands intended for sale. … It is a title held in trust for the people of the state, that they may enjoy the navigation of the waters, carry on commerce over them, and have liberty of fishing therein, freed from the obstruction or interference of private parties.”

If the state were properly exercising its trust responsibility to the people of Colorado, then it would have filed this case itself on behalf of Roger Hill. Short of that, it might at least have intervened on his side after the lawsuit was filed, or even just stayed out of the dispute.

Instead, it seeks to dismiss the case and thereby undermine all the boaters and fishers who merely want to exercise the rights guaranteed to them by the U.S. Constitution. Think about what this means: State leaders charged with protecting public rights in navigable waters are actively seeking to block those rights.

Colorado is renowned for its outdoor recreation, and it seems foolhardy for it to interfere with citizens seeking to exercise their constitutionally protected rights to state waterways. Come November, the people of Colorado will elect a new governor and a new attorney general. We need to elect leaders who will stand up for the people and protect our public rights, including the public’s constitutional right to access Colorado’s remarkable navigable waterways.

Mark Squillace is professor of law at the University of Colorado Law School, and he represents Roger Hill pro bono in the ongoing dispute over Hill’s right to access the Arkansas River. This story was produced and published by our partner High Country News. Photo by Charles Mühle