Your Camper Van Doesn’t Have to Be Expensive, Huge, or Unreliable 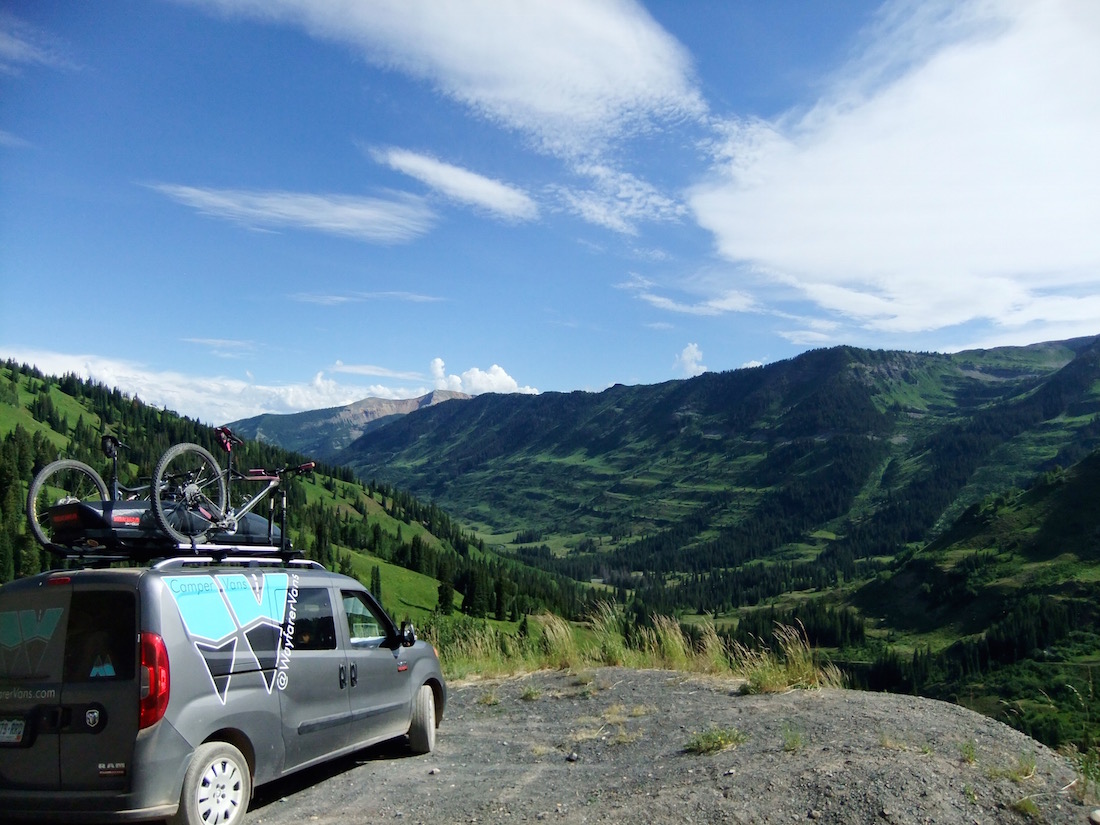 Your Camper Van Doesn’t Have to Be Expensive, Huge, or Unreliable

It’s the fall of 2014. Ian Horgan and the woman who will eventually become his wife, his gal Ashley, take a trip to Durango, Colorado. Horgan’s Honda Element is packed with all of their mountain biking and camping gear. But Mother Nature flips them the bird. She unleashes frigid autumn rainstorms all weekend long. The couple bikes through the rain, overcome shivering bonking, and camp in a cold, wet tent. It is not awesome but it inspires Horgan to create Wayfarer Vans.

During that fateful drive home, Horgan was hit with inspiration. “After rolling up a soggy, muddy tent, I thought how much nicer it would have been to just have a warm dry place to retreat to,” Horgan recalls. “That’s when I started thinking about camper vans.” At the time, like many outdoor enthusiasts, he was enamored with camper vans but knew only the basics. Horgan figured he had three options: buy an old Westy and learn to love working on it (because breaking down is part of the adventure, right?), start saving up in order to purchase a Sprinter van during his golden years, or build one himself. The problem with the latter is at the time he had zero experience with van build outs. And so the business building question was birthed, “Why isn’t there an affordable, reliable, daily driver camper van?” 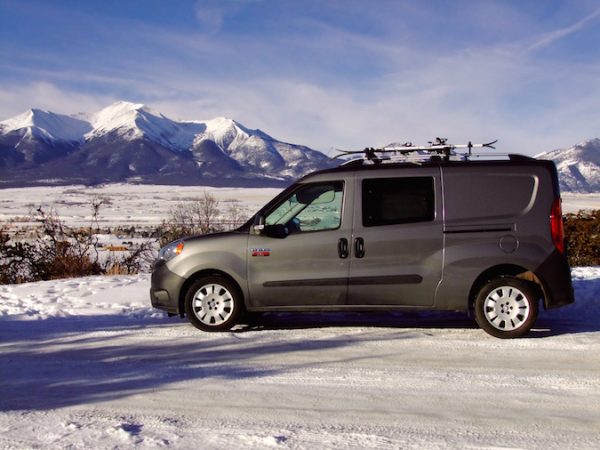 Soon after, Horgan answered that question by creating Wayfarer Vans. All products are specifically made for a 2015-2017 Dodge Ram Promaster City Tradesmen or Tradesmen SLT cargo van, which was chosen for its MPGs, affordability, front wheel drive, everyday drivability, and roominess/cargo space. The complete $4,700 modular kit consists of four parts, a floor, camper boxes (seats, storage, and bed), panels, and a table. 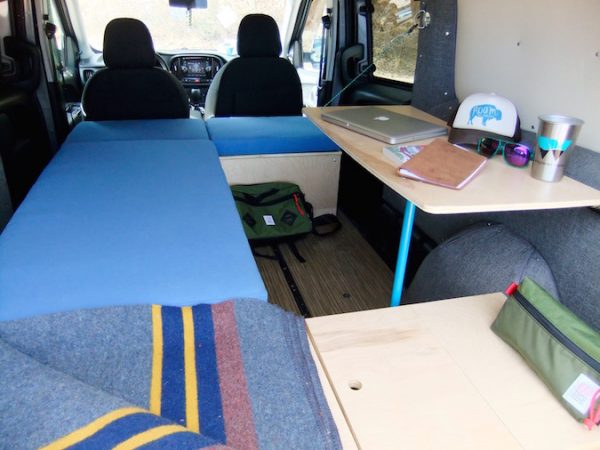 Orders are placed online and arrive to customers preassembled two to three weeks later. By following the DIY videos on Wayfarer’s site, the kit can be quickly and easily assembled in a handful of hours with nothing more than a screwdriver and a socket wrench. There are no special tools required to install the kit, nor are there any permanent alterations to the van such as gluing or drilling into the sheet metal. 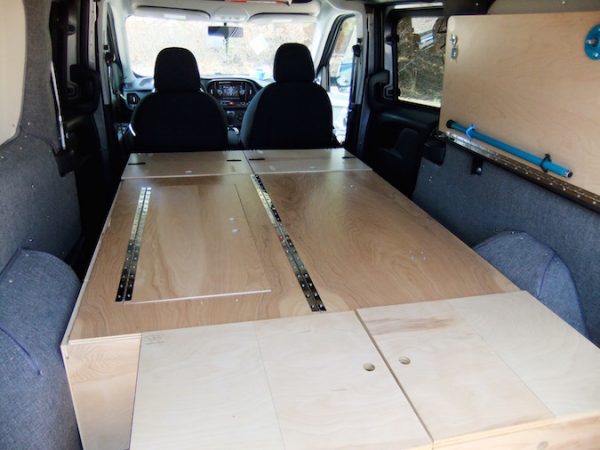 Horgan also realized that his product might not be the best fit for everyone but he still wanted to provide the van enthusiast with some help. He has compiled all of his van research on Wayfarer’s site. Everything from custom and DIY build out ideas and pricing, custom companies, to dos and do nots, and used van purchasing options provide a roadmap for the best options.

The Wayfarer kit is especially affordable when its cost is wrapped into the loan of the vehicle. Wayfarer provides an invoice to the bank or dealership in order to incorporate it into the loan total. Once the loan is finalized, the financing institution sends Wayfarer a check and the kit is built and shipped. Wayfarer will even find a van near their HQ in Colorado Springs and get it adventure ready for a customer’s arrival. 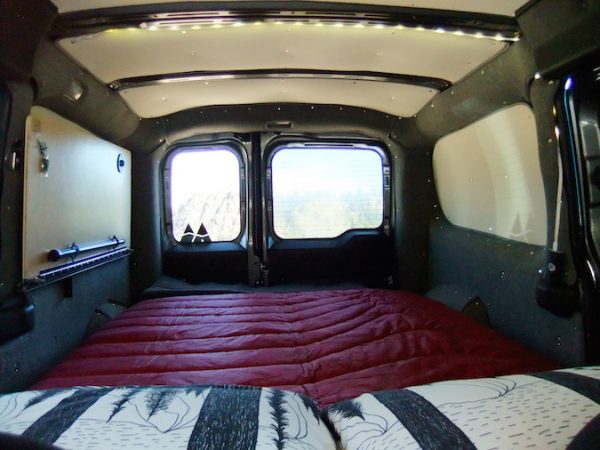 As for the future, Horgan is toying with the idea of creating kits for a bigger van. Wayfarer is considering the Promaster 1500 high roof as their next model. That kit will likely include a bed platform, flooring, bench seating and storage, a galley, and paneling and insulation, and would cost around $8,000. But, Horgan is open for suggestions on other vans (email him your suggestions). 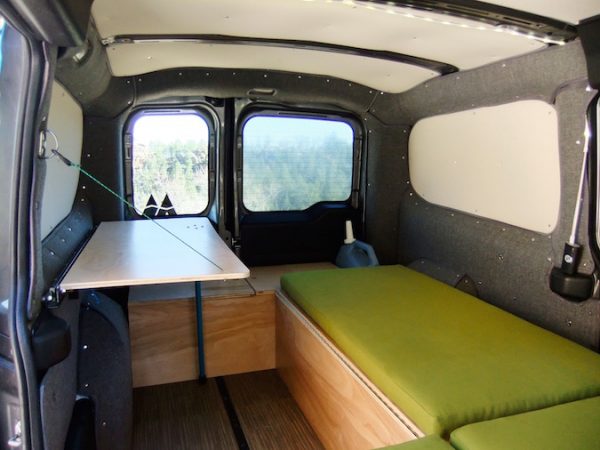 “Ultimately, I wanted to make owning a camper van more accessible to folks like me,” Horgan says. “That meant it had to be affordable, reliable, and quick to own. We just want to get people outside and in a camper van as quickly as possible. ” 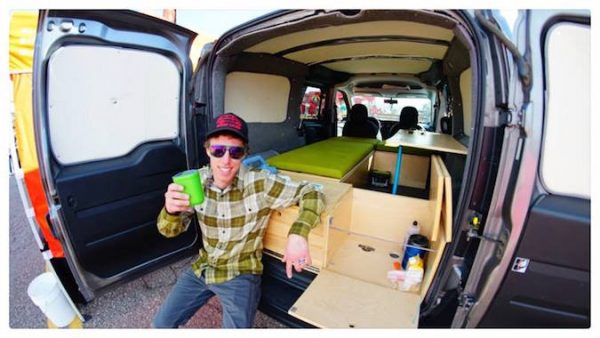 Adventure Journal is free but relies on reader support. Please subscribe to our amazing printed quarterly or pick up an issue here.