What the Hell Happened to the Man Who Mapped the Amazon? 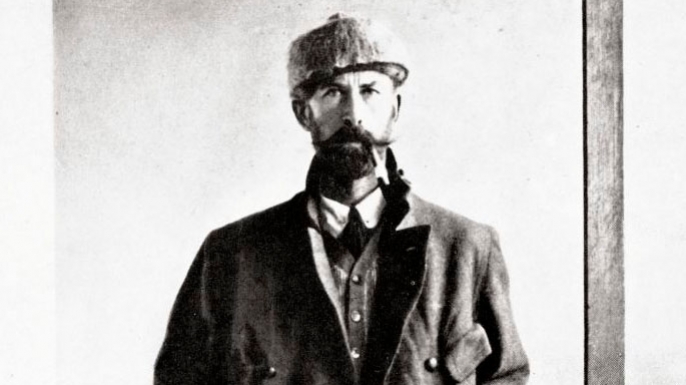 What the Hell Happened to the Man Who Mapped the Amazon?

When Colonel Percy Harrison Fawcett and his expedition team walked into the Amazon jungle in April 1925, they left instructions that no one should attempt to rescue them should they not walk out of that same jungle by 1927. So confident was Fawcett in his capabilities, he cautioned that if they were to die, the conditions would have to have been so dangerous that an attempted rescue would only compound the tragedy.

Was it a premonition or a warning that they did not want to be found? Fawcett and his team never did come out of the jungle. In the 91 years since they disappeared, 100 potential rescuers died trying to figure out what happened. Still, the debate of what happened to Fawcett rages on.

Getting lost in an unmapped jungle the size of the continental U.S. isn’t that difficult to imagine. Humans in the Amazon are lower on the food chain than poisonous frogs and elusive jaguars, and a teeny microbe of dysentery could do anyone in. Still, for nearly 80 years, the most logical solutions to Fawcett’s disappearance was rarely floated as an option. Getting lost or sick would have been far too “normal” a fate for this enigmatic man. 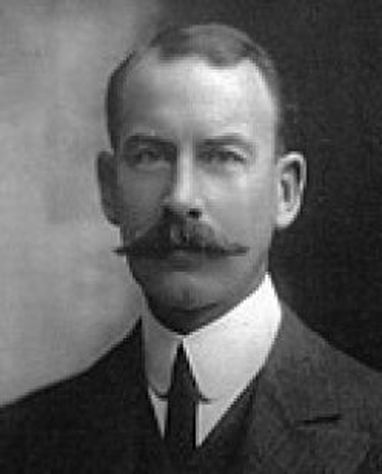 Percy Fawcett was born in England in 1867. He served as a military officer in Ceylon (now Sri Lanka) and a British spy in Morocco. Finding military life and espionage tedious, he took up studies in archeology, geography, and surveying and mapmaking. The era of great European “discovery” was over, but massive swaths of the world had yet to be mapped.

His first big break came in 1906 with an opportunity to survey and map the Bolivian and Brazilian border region. The area is deep on the western front of the Amazon jungle, and Fawcett proved adept at navigating the challenges of the landscape and its inhabitants.

After centuries of Imperialism, indigenous people were still treated as “savages.” Fawcett disagreed with this disrespectful approach on both humanistic and strategic grounds. To his credit, he behaved with respect and humble courtesy when he encountered tribes in the jungle. He learned to bring gifts to honor the elders and to ensure safe passage through hostile territories.

His social skills undoubtedly helped him successfully execute seven, Amazonian expeditions between 1906 and 1924. On these trips, his teams found the source of the Heath River, which forms the border between Peru and Bolivia. They mapped the 193-mile long Rio Verde all the way to its source. Throughout, Fawcett took particular interest in tribal organization and the exotic wildlife of the jungle. He marveled and feared the massive Anacondas, spiders the size of Chihauhuas, and the dogs as small as a domestic tabby cat. 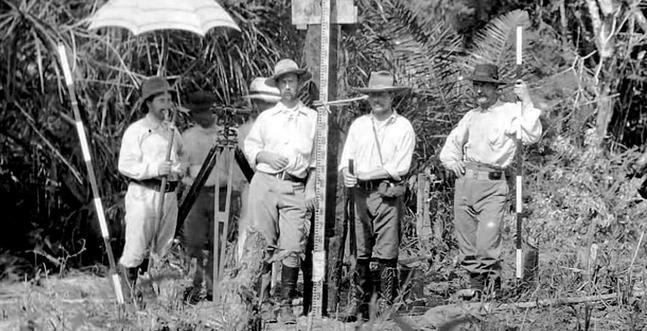 The Brit emerged as a charismatic leader with a curious mind. He was a handsome and confident man. If a sexy, herpetophobic archeologist in a signature hat sounds familiar, you’re right. Fawcett was (allegedly) the inspiration for everyone’s favorite archeology professor, Indiana Jones.

Ladies and lords in English society felt like they were in the middle of the jungle, going eye-to-eye with a jagaurundi, when Fawcett told his tales. His passion was so captivating in fact, that his good friend Arthur Conan Doyle riffed from Fawcett’s descriptions to set the stage for a little book called, The Lost World. You may know the story as Jurassic Park.

Any which way you slice it, Steven Spielberg has made a mint off this guy.

Fawcett’s model of treating indigenous people with respect was groundbreaking behavior even as late as the early 20th century. His efforts to survey and map large swaths of the Amazon established political boundaries. More importantly, his work helped to establish an understanding of the biodiversity and ecological importance of the largest jungle ecosystem on earth. But it’s his disappearance where things get weird.

In April 1925, he set off once again into the Amazon jungle. For this trip, he ran a lean crew, including his son, Jack (22), Jack’s friend, Raleigh Rimmell, two Brazilian porters, two horses, eight mules, and two dogs.

The goal was to find the remains of an ancient city Fawcett was convinced was hidden in the jungles of the Xingu Region of Mato Grosso, in Brazil. He called it “The Lost City of Z,” or simply “Z.”

Through his study of 400-year-old manuscripts written by the conquistadors, he had a very specific vision of what he would find. He predicted the size of the valley, the design of the homes, and the organization of the society. He was looking for the remains of a massive settlement, built by a civilization who sophistication rivaled the ancient Egyptians and the recently unearthed site of Machu Picchu.

Despite a few setbacks, Fawcett was brimming with confidence. His last correspondence was dated just five weeks into the presumed 2-year expedition. Fawcett had sent the porters back. He, Jack, and Rimmel continued alone.

Despite his written protestations prior to the expedition, search parties were sent into the Amazon before long. The jungle was foreboding, but Fawcett’s skills and diplomacy were too well respected for his colleagues to accept that the team had disappeared without a trace.

Nearly as fast as the search parties mobilized, the theories started cropping up. 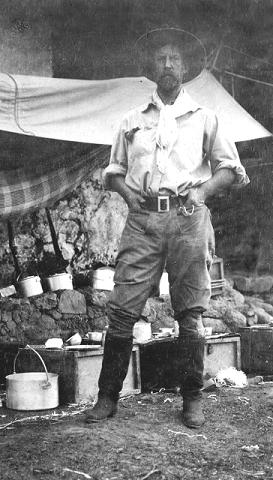 Some say Fawcett never intended to come out that jungle. It’s been floated that he succumbed to dementia and took over as tribal chief of a cannibalistic tribe. Others claim he was lured to his death by a siren — a jungle succubus of some sort.

In 2004, a theory pushed by theater director Misha Williams gained ground. Fawcett’s second son, Brian, allowed Williams to read Fawcett’s personal papers. From these diaries and letters, Williams determined that Fawcett intended to begin his own religious commune that would worship his son, Jack. It’s not as quite out of left field as it sounds. Fawcett’s older brother, Edward Douglas Fawcett, was a writer and proponent of theosophy, which is a considered an occultist approach to spiritual ecstasy and connection to a god. Interest in theosophy peaked in the early 1900s, just as Fawcett was introduced to new ways of life in South America.

Then, of course, there were the rumors that the trio had been murdered by a hostile tribe.

In the 1950s, a well-known advocate of indigenous rights, Orlando Villa-Boas reported that the Kalapalo tribe had killed the trio. He claimed the they were all sick and were killed out of mercy. The bodies of Jack and Rimmell were tossed in the river; Fawcett’s body was buried as befitting an elder.

Villa-Boas announced that he had Fawcett’s bones in his possession, the only firm evidence ever presented. He commissioned his test that confirmed his assertion. When Fawcett’s surviving son, Brian, rejected the results, Villa-Boas accused him of greed because Brian was profiting from the sale of books about the disappearance. It was an ugly scene. Some years later, an independent test on the same set of bones determined conclusively that they did not belong to Percy Fawcett. Why would Villa-Boas, an indigenous rights advocate, falsely accuse the Kalapalo of murder? Greed, indeed.

In the 1980s, a Kalapalo elder flatly denied the whole story. A traditional tribe living deep in the Amazon was not immune to the global mystery of what happened to Percy Fawcett. The tribe had kept the story alive by passing it down orally.

As the millennium came and went, there was still disagreement. Was it the occult? Was Jack a demigod? Was Fawcett a cannibal? Were they looking for one of the most important archeological discoveries ever? Or did they intend to chuck society to the curb and live a quiet communal life in the jungle?

There is still no evidence, beyond circumstantial, as to what happened. Yet after 60 years of being asked, the Kalapalo stand by the same story they’ve been telling – if anyone would listen – since the beginning. In 2009, writer David Grann trekked to the Amazon to interview Kalapalo elders for his book, The Lost City of Z. The Kalapalo oral history is that the people did encounter the Fawcett trio. It was a friendly meeting, though the tribe warned of hostile tribes to the east. 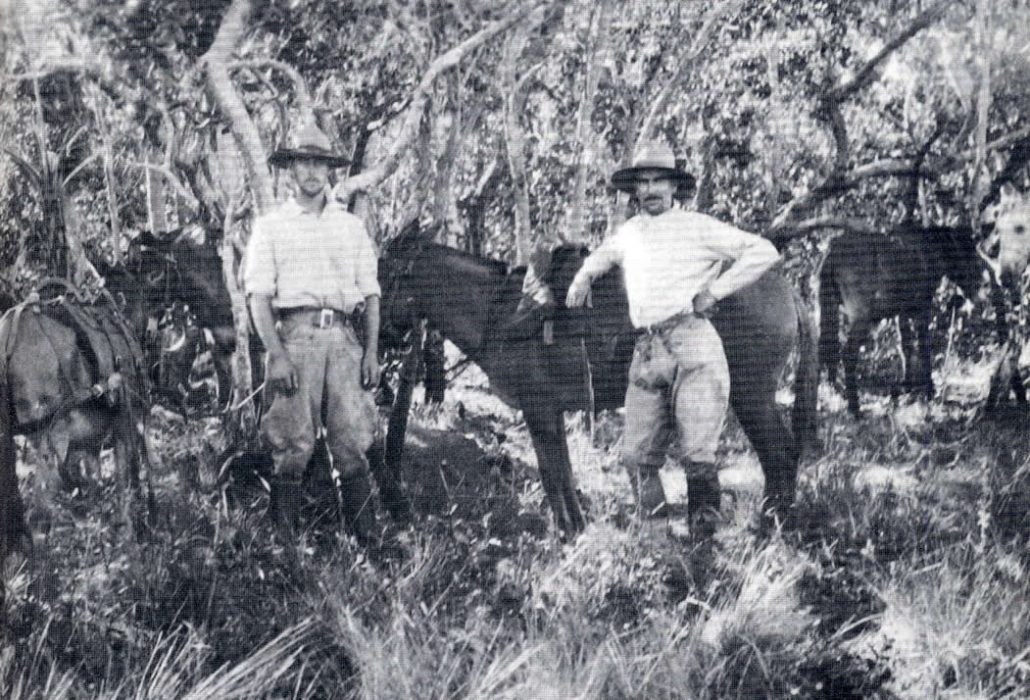 Fawcett disregarded the advice and continued eastward. According to the Kalapalo history, the light of a campfire could be seen for five nights. On the sixth night, when the fire should have still been visible given the foliage and the average traveling distance, the light was gone. It was smack in the territory of the hostile tribes.

The assumption, of course, is that the trio was murdered. In the jungle, decomposition happens fast. But why no bones? After countless recovery missions, why hasn’t anyone been able to locate the tribe that allegedly killed the men? That’s not to cast doubt on the Kalapalo story; it’s acknowledging that coming upon three white guys in the depth of the Amazon in the 1920s would have been noteworthy to any tribe, whether you killed them, ate them, or ignored them.

Grann’s thoroughly researched book seems to have put at least a temporary hold on new theories. And it is, after all, one of most logical conclusions.

Incidentally, in 2003, local Kuikuro people and U.S. archaeologist Michael Heckenberger announced the discovery of a massive pre-Colombian settlement in the Xingu Basin of the Amazon – eastward and upstream of where Fawcett was last seen. The complex of large urban centers and smaller villages – complete with plazas, road systems, and aquaculture – is called Kuhikugu. There are remarkable consistencies between Kuhikugu and the Lost City of Z, as Fawcett described. It is estimated that upwards of 50,000 people once lived there, dating from 1,500 to 400 years ago. Most likely, the population was decimated by the arrival of the European conquistadors and the diseases they brought with them.