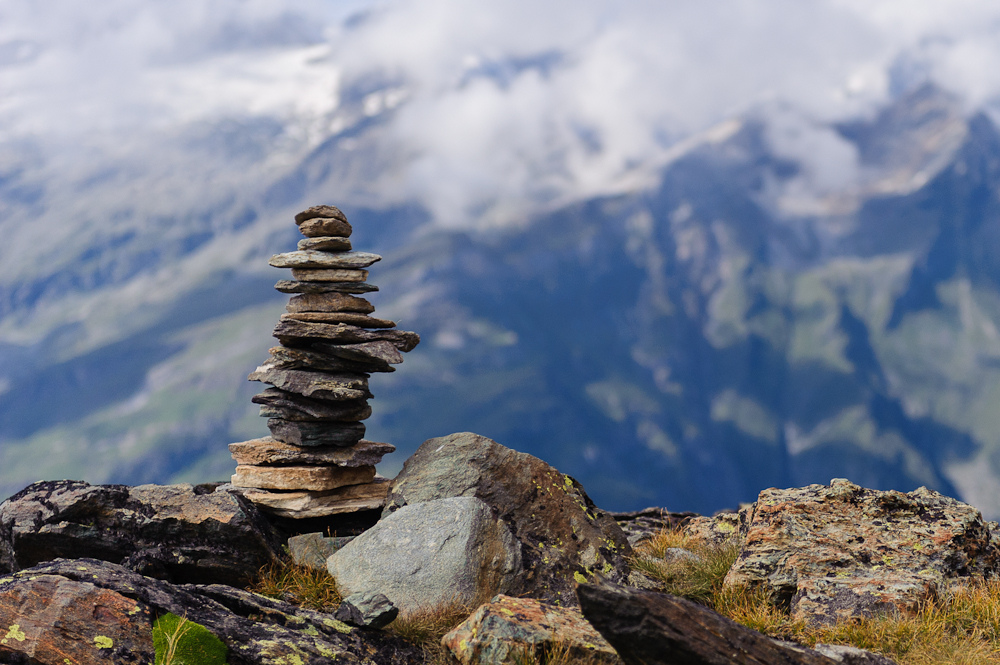 Stones: We’ve built pyramids and castles with them and painstakingly cleared them out of farm fields, using them to build low walls for fencing. We marvel at the rocks in the Grand Canyon, Arches and Grand Teton national parks. Yet a perplexing practice has been gaining ground in our wild spaces: People have begun stacking rocks on top of one another, balancing them carefully and doing this for unknown reasons, though probably as some kind of personal or “spiritual” statement.

These piles aren’t true cairns, the official term for deliberately stacked rocks. From middle Gaelic, the word means “mound of stones built as a memorial or landmark.” There are plenty of those in Celtic territories, that’s for sure, as well as in other cultures; indigenous peoples in the United States often used cairns to cover and bury their dead. Those of us who like to hike through wilderness areas are glad to see the occasional cairn, as long as it’s indicating the right way to go at critical junctions in the backcountry.

Stone piles have their uses, but the many rock stacks that I’m seeing on our public lands are increasingly problematic. First, if they’re set in a random place, they can lead an unsuspecting hiker into trouble, away from the trail and into a potentially dangerous place. Second, we go to wilderness to remove ourselves from the human saturation of our lives, not to see mementoes from other people’s lives.

We hike, we mountain bike, we run, we backpack, we boat in wilderness areas to retreat from civilization. We need undeveloped places to find quiet in our lives. A stack of rocks left by someone who preceded us on the trail does nothing more than remind us that other people were there before us. It is an unnecessary marker of humanity, like leaving graffiti — no different than finding a tissue bleached and decaying against the earth that a previous traveler didn’t pack out, or a forgotten water bottle. Pointless cairns are simply pointless reminders of the human ego.

I’m not sure exactly when the practice of stacking stones began in the West. But the so-called Harmonic Convergence in 1987, a globally synchronized meditation event, brought a tighter focus on New Age practices to Sedona, Arizona, just south of my home. Vortexes, those places where spiritual and metaphysical energy are reputed to be found, began to figure prominently on national forest and other public lands surrounding Sedona. Hikers near these vortexes couldn’t miss seeing so many new lines of rocks or stacks of stones.

Since then, the cairns, referred to as “prayer stone stacks” by some, have been multiplying on our public lands. Where there were just a dozen or so stone stacks at a much-visited state park on Sedona’s Oak Creek 10 years ago, now there are hundreds. What’s more, the cairn craze has mushroomed, invading wilderness areas everywhere in the West.

Why should we care about a practice that can be dismantled with a simple foot-push, that uses natural materials that can be returned quickly to the earth, and that some say nature will remove eventually anyway?

Because it’s not a harmless practice: Moving rocks increases erosion by exposing the soil underneath, allowing it to wash away and thin soil cover for native plants. Every time a rock is disturbed, an animal loses a potential home, since many insects and mammals burrow under rocks for protection and reproduction.

But mainly, pointless cairns change the value of the wilderness experience by degrading an already beautiful landscape. Building cairns where none are needed for route finding is antithetical to Leave-No-Trace ethics. Move a stone, and you’ve changed the environment from something that it wasn’t to something manmade. Cairn building might also be illegal, since erecting structures or moving natural materials on public lands often comes with fines and/or jail time. Of course, I doubt the Forest Service will hunt down someone who decided that his or her self-expression required erecting a balanced stone sculpture on a sandstone ridge. Yet it is an unwelcome reminder of humanity, something we strive to avoid as we enjoy our wild spaces.

Let’s end this invasive practice. Fight the urge to stack rocks and make your mark. Consider deconstructing them when you find them, unless they’re marking a critical trail junction. If you must worship in the wild, repress that urge to rearrange the rocks and just say a silent prayer to yourself. Or bring along a journal or sketchpad to recall what you felt in the wild.

Let’s check our egos at the trailheads and boat launches, and leave the earth’s natural beauty alone. Her geology, as it stands, is already perfect.

No doubt you have an opinion on the matter of cairns. Sound off at AJ’s poll on the issue, Should You Knock Over Cairns?